India’s Acid Attack Victims Are Helping Each Other Thrive

"If an attack happens of any kind, it is always the woman who incurs the blame."

Around the world, 1,500 people report acid attacks each year. Many more go unreported. The vast majority of victims are women and they are targeted primarily for acting in defiance of a man's wishes — by pursuing an education, entering a career, rejecting a suitor or any number of other actions that should be regarded as a basic human right.

Acid attacks are vicious and excruciating. They scar for life, both physically and mentally, and often lead to the victim's social exclusion. Assailants, meanwhile, regularly go unpunished.

India is home to many of the world's acid attacks and there is a growing movement to both put an end to these heinous crimes and to help the victims rehabilitate and return to life.

One group, Make Love Not Scars, is a community center that strives to spread awareness of acid attacks by telling the stories of the women affected. The non-profit also provides a network of support for acid attack victims and, for many, becomes a kind of second home brimming with love.

Lela Edgar, a photographer, recently traveled to India to document the reality of acid attacks and she spoke to Global Citizen about what she learned.

1) What's been most surprising to you on your journey to explore this subject?

When I walked into the Make Love Not Scars center in New Delhi, there was pure light. It was more than positivity. It was love, support, embrace, affirmation. I was there to observe what MLNS’s does and kind of hang out so the women could get to know me before I came back for interviews.

When I got there, English class was in session and there was laughter and serious enthusiasm about class both from the teacher and the students. During breaks there was a lot of touching and hugging and smiling. It felt good just to be in the room and I could understand why, as I came to find out, many women come to the center for the whole day when possible.

Read More: From Acid Attack to Fashion Week: How One Victim Is Fighting Back

I came to find out through one-on-one conversations with the women that there is much suffering in many of the women’s lives due to the attacks they endured and the fallout from them whether it be from family, friends, community, partners or all of the above. Most can no longer get a job, a husband (or certainly not one of their choosing) which is considered very important in parts of India and are now living well below the poverty line. 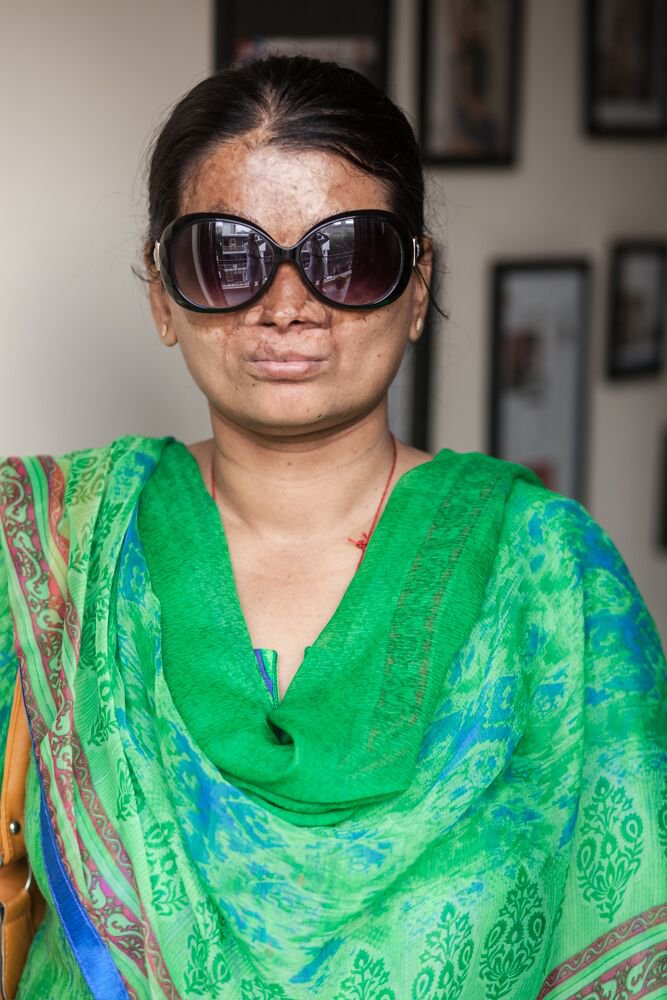 I am floored by the resilience the women I’ve met have to live their lives with every ounce of energy they have left. This means learning English, it means dancing, it means looking for jobs, in some cases after years of not being able to get one, and it means community.  Giving each other support and creating a family at the center they may not have at home.

2) How do these attacks typically happen?

Recently, I met a woman who was attacked at the age of 21 by her husband over a dowry dispute. The day they were married he started harassing her and her family for money. The money didn’t come and he started beating her, at times with an iron rod. She went to her family and said she could not take it any longer and they urged her to give him another try. She went back to him and one night, while she was sleeping, her husband doused her with acid.

She was considered a burden by her mother’s side of the family and her mother was desperate to get her married so she arranged a marriage with a man 20 years her senior. Her new husband will not touch her, will not speak with her or look after her in any way. When asked if it was possible for her to divorce, she said there is no way to live in society as a single woman with two failed marriages, the physical signs of an acid attack on her body and the abandonment of family; she would be considered “a fast woman with no character.”  Our translator added: "If anything happens to a couple it is always the responsibility of the woman. If an attack happens of any kind, even though everyone is aware that it was the man who lost his head, it is always the woman who has to face the stigma, even with rape it is always the woman who incurs the blame.”

Before the attack, she was a professional beautician and her hope now is to someday be able to have a parlor again. Besides her financial inability to start a parlor at this point, she is concerned about her appearance as there is a lot of stigma attached to how she looks and she is not sure how people will respond to her.

3) Is this a declining problem? Will more global awareness help to end this monstrous practice?

Unfortunately acid attacks do not seem to be a declining problem. In fact, quite the opposite. Reported attacks have gone up steadily over the past four years and the estimated attack rate as many go unreported is 1000 a year. That being said, I have met with NGOs, human rights lawyers, and UN Women India, all of whom agree that there is an ongoing debate whether or not the attacks have always been occurring at the same rate and are just now being reported or if the increase in numbers shows a true increase in attacks. The personal opinion seems to coincide with the numbers; the attacks are going up. 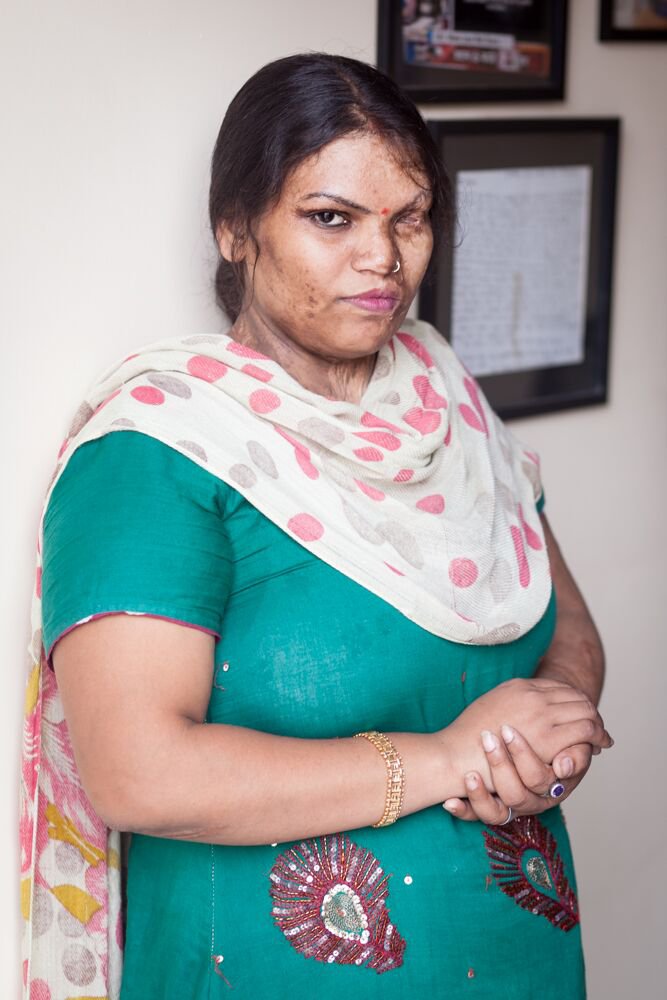 It seems to me awareness is absolutely a step in the right direction. If nothing else, it amplifies the voices of the women who want to be heard and in the process infuses the NGOs working on the ground that are making a difference. Reshma Qureshi, for example, an acid attack survivor who recently walked in New York Fashion Week, created a massive amount of buzz about the issue, which raised the profile for the NGO helping her (MLNS’s, mentioned above). The more survivors are out in the light, eventually anyway, the less stigma there will be upon them.

4) What's being done to combat this practice? What kinds of advocacy groups are emerging?

Laws are being changed to regulate acid sales but unanimously the feedback I have received is, yes, this is a first step, but now it is time to get these laws implemented. There is some debate to what degree the acid should be banned and/or regulated as the same acid used to attack is also used by some as a cleaning agent.

As acid attack survivors are often seen as outcasts by their communities and other issues are taking the media forefront such as rape and stalking (in 2013 it became illegal to stalk), acid attack advocacy groups seem to be slowly growing and gaining momentum as the conversation on gender equality does the same. There are youth based survivor advocacy groups, groups focused on helping women get surgery (much assistance is needed in this area), others focused on aiding women in getting back into the workplace and I imagine many more to come. I hope.

Read More: How Snapchat Filters Are Helping Indian Women Speak Up Against Rape