"If the full humanity of women is not our culture, then we can and must make it our culture."

There are many people I look up to for many different reasons: my amazing mother for always thinking of others, Rosalind Franklin for proving that women in science can succeed too, Sarah Kay for her truly talented command of words...

In terms of people who have encouraged me to see things in a way I've never thought to see them before, Chimamanda Ngozi Adichie is my biggest role model.

You may have heard of her because exactly a year ago, Beyonce's hit single, "Flawless," was released and it included part of her speech on feminism. Other than talking about social issues on pop records, she's a Nigerian novelist, writer and public speaker who addresses social issues—such as gender, race and social class—with honesty and eloquence. Actually, make that a lot of honesty. I admire her because she addresses things many people feel uncomfortable saying.

Here are 15 great quotes from Chimamanda: 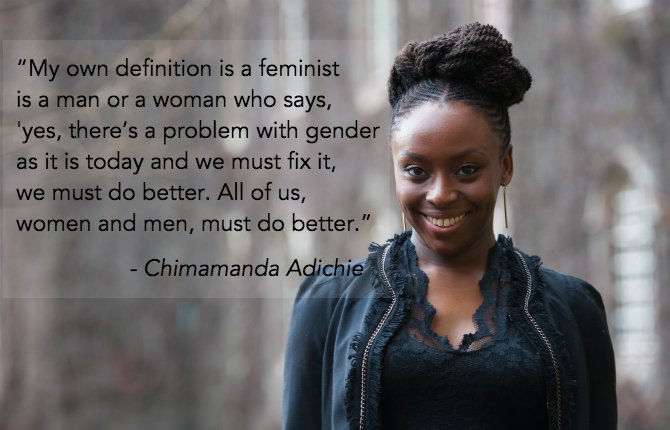 2. "Marriage can be a source of joy and love and mutual support but why do we teach girls to aspire to marriage and we don’t teach boys the same? We raise girls to see each other as competitors not for jobs or accomplishments, which I think can be a good thing, but for the attention of men. We teach girls that they cannot be sexual beings in the way that boys are.”

3. “Of course I am not worried about intimidating men. The type of man who will be intimidated by me is exactly the type of man I have no interest in.”

4. “The problem with gender is that it prescribes how we should be rather than recognizing how we are. Imagine how much happier we would be, how much freer to be our true individual selves, if we didn’t have the weight of gender expectations.”

5. “Show a people as one thing, only one thing, over and over again, and that is what they become.”

So true--when people see an absence of women in engineering, science and technology, then it becomes self-reinforcing.

6. “Culture does not make people. People make culture. If it is true that the full humanity of women is not our culture, then we can and must make it our culture.” 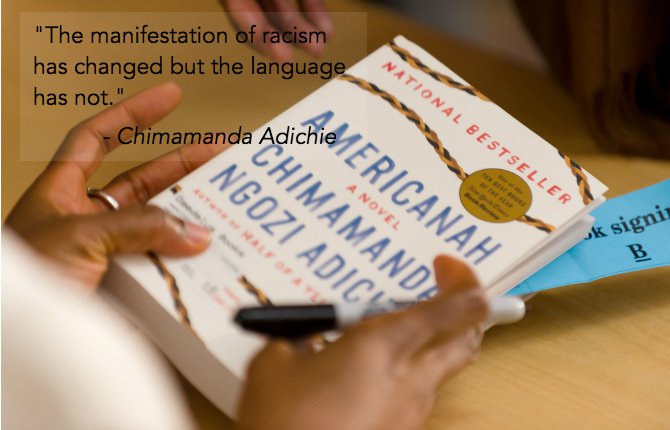 8. “Racism should never have happened and so you don't get a cookie for reducing it.”

9. "If I were not African, I wonder whether it would be clear to me that Africa is a place where the people do not need limp gifts of fish but sturdy fishing rods and fair access to the pond. I wonder whether I would realize that while African nations have a failure of leadership, they also have dynamic people with agency and voices." 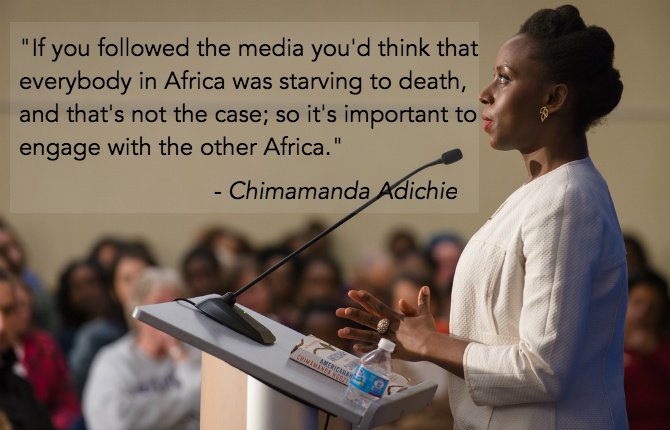 11. “I recently spoke at a university where a student told me it was such a shame that Nigerian men were physical abusers like the father character in my novel. I told him that I had recently read a novel called American Psycho, and that it was a shame that young Americans were serial murderers.”

12. "You have to do more than go there and adopt a child or show us pictures of children with flies in their eyes. That simplifies Africa." 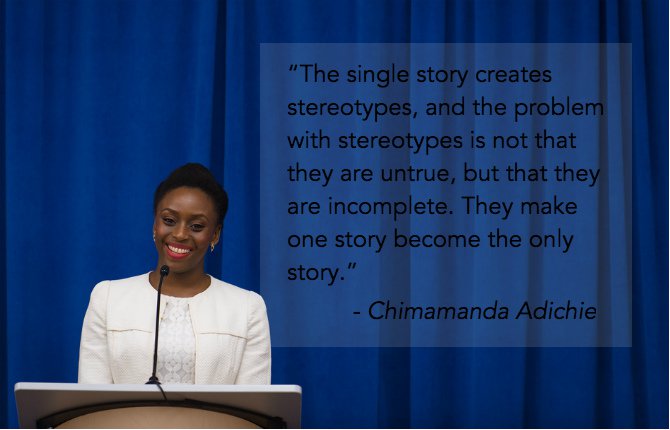 14. "It is easy to romanticize poverty, to see poor people as inherently lacking agency and will. It is easy to strip them of human dignity, to reduce them to objects of pity." 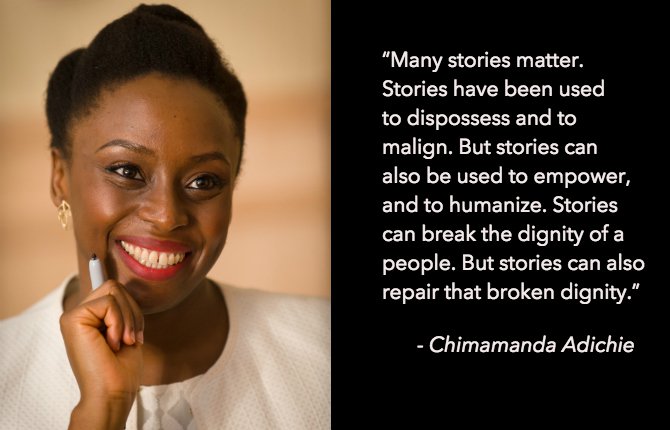 Convinced that she's a super cool human being?

You should check out her TED talk on "The Danger of a Single Story", or read her book "Americanah,"which was a New York Times bestseller.

You're the woman, Chimamanda!