Here’s how the World Bank, entrepreneurs, and governments are prioritizing human capital

Last fall, following an announcement at Global Citizen Festival New York 2018, the World Bank released its new Human Capital Index as a part of its Human Capital Project, a global effort to accelerate and improve investments in the welfare of people for greater global equity and economic growth.

The Human Capital Index quantifies how health and education contribute to the productivity of the next generation of workers. A country can use it to determine how much income it is foregoing by failing to invest in its people, and how much faster it could turn these losses into gains if it acted now. 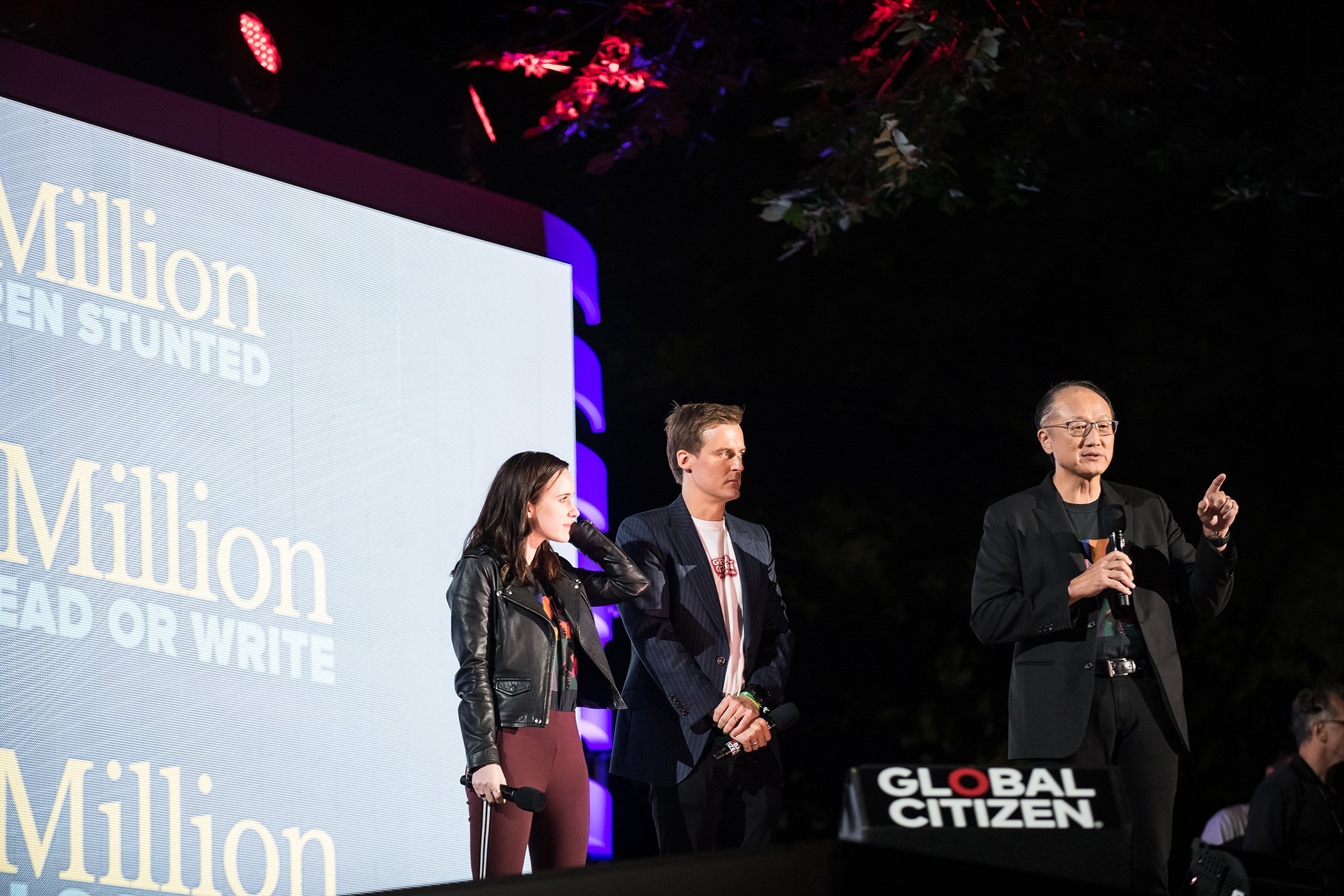 Globally, the Human Capital Index found that many countries are foregoing over half of their economic potential. According to the World Bank, for example, “children born in Sub-Saharan Africa today will be only 40% as productive when they grow up as they could be if they had access to a complete education and full health.”

By the time of the Global Citizen Festival: Mandela 100 in Johannesburg in December last year, 19 individuals from various backgrounds had signed up to be Human Capital champions. Today, 63 countries and counting have embraced the project and are working closely with the World Bank and partners to improve their human capital.

At Mandela 100, (then) President Kim made a significant commitment of an additional $1 billion to be spent across the 2019-2020 financial year on health and education projects. This adds to the World Bank Group’s existing work across Africa and beyond, significantly increasing the budget meant for grants and credits to governments for spending on projects that cover health, education, social protection, and jobs, fundamental pillars to building human capital.

.@WorldBank President @JimYongKim announces a massive commitment to the African continent, telling Global Citizens that by urging their leaders, even more is possible. #GlobalCitizenFestivalSA#BeTheGenerationpic.twitter.com/rxZ6mOJIp4

Earlier this year, the World Bank elaborated on the Human Capital Project.

The World Bank’s session at the Spring Meetings, Building Human Capital in Africa: The Future of a Generation, brought together youth and political leaders alike, as well as civil society organisations such as Global Citizen, to connect on the prospects and power of investing in human capital in Africa.

“With more than 1.2 billion people, 43% of which are below the age of 15, Africa is well endowed with human resources,” the World Bank wrote in a report.

Since then, the World Bank has released a comprehensive Human Capital Plan in Africa, which Global Citizen is told includes the $1 billion commitment that was first announced at Mandela 100, and also extends far beyond. The plan now aims to improve child survival, reduce stunting rates, increase learning adjusted years of school, as well as social protection. It also aims to reduce fertility rates with the support of $15 billion in investments over 3 years through 2023.

At the Spring Meetings, His Majesty King Letsie III King of the Kingdom of Lesotho made a powerful statement in defense of investing in human capital throughout sub-Saharan Africa. He called on governments around the continent to step up. His dedication to human capital investment echoed the commitment that the World Food Programme announced at Mandela 100, on behalf of the Kingdom of Lesotho.

“I now know, as you all do, that well-nourished children grow up healthy and perform well at school ... I have, therefore, made it my mission to raise awareness among leaders worldwide, and particularly on our continent, about the deleterious effect of this development challenge — the challenge of malnutrition and stunting,” said King Letsie III of Lesotho.

The session also shared Global Citizen’s Mandela 100 campaign, and our call to governments around the continent to invest in their people. In particular, the event showcased our ask to the South African Government to invest in menstrual hygiene access and education, which President Cyril Ramaphosa acknowledged on stage at Mandela 100. In South Africa’s recently released budget, 157 million South African Rand has been allocated to this, which Minister Jeff Radebe confirmed was a response to this commitment.

Read More: How Global Citizens & Activists Spurred a Country to Improve Menstrual Health in Over 5,000 Schools

Global Citizen Vice President and co-founder Michael Sheldrick also shared Kenya and Lesotho’s commitments at the festival in Johannesburg in context of this discussion on human capital.

“We will always applaud those who stand up and put their citizens first,” he said.

Wawira Njiru, Founder of Food4Education and winner of the inaugural Global Citizen Youth Prize at Mandela 100 in Johannesburg, shared her experience as an entrepreneur for nutrition in Kenya, bringing midday meals to students through innovation.

“We're using technology, we're using supply chain logistics to bring nutritious food to children across Kenya, and scaling towards across Africa, because as we've heard, nutrition is a big crisis across the continent," said Njiru.

Ruth Kagia, Deputy Chief of Staff, Office of the President of Kenya, also lent her voice to the mission of radically improving human capital.

“This is an idea whose time has long come. Let’s just get on with it,” she said.

Ms Kagia’s statement emphasized the significance of education, and reinforced the commitment that President Uhuru Kenyatta of Kenya made at Mandela 100 to increase the country’s allocation to education up to 30% of the national budget.

The Spring Meetings' event was a packed few hours, filled with passionate support for investing in improving human capital across the African continent. But that was a moment in time, and we need to keep taking action calling for the prioritization of human capital everywhere.