These films and documentaries present transgender people in all their complexity and not as props. 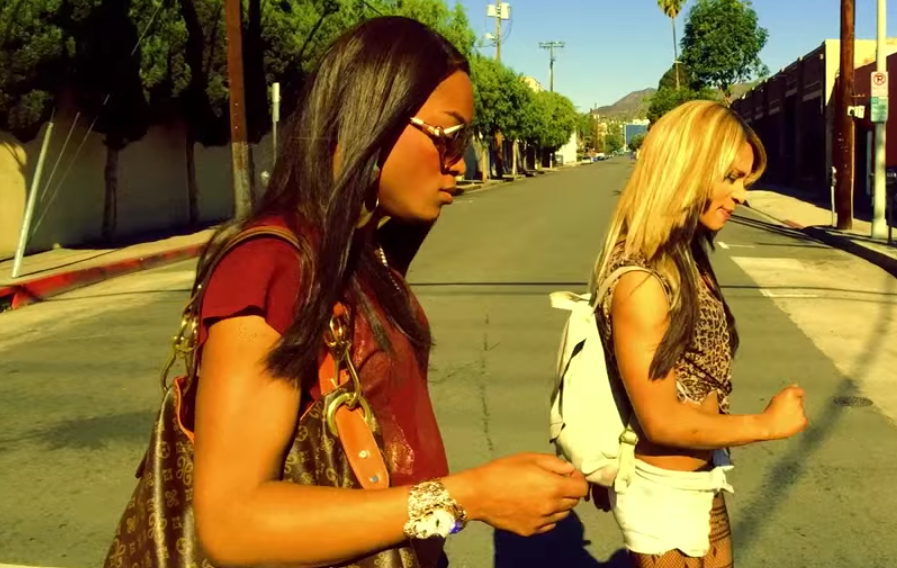 Last week, the Trump administration rescinded a controversial Obama-era letter that guaranteed people who identify as transgender the right to use the bathroom that corresponds with their gender identity.

The administration’s move was perceived by many to be a direct attack on the transgender population, a group that already faces significant threats to their well-being.

Between 2013 and 2015, more than 50 transgender people were murdered, the large majority of whom were trans women of color. Roughly one in three of the transgender people killed in the first nine months of 2015 were involved in “sex or survival work,” according to the Guardian.

Read more: One of the World’s Oldest Transgender Communities Is Trapped in Poverty

The politicization of the so-called “bathroom bills” in North Carolina and Texas have fueled into stereotypes against the trans community — as aggressive and over-sexualized. But the discussion ignores the complexities of this community, and the struggles trans people have faced to gain recognition.

But many representations of trans people in pop culture also celebrate that community and recognize the myriad struggles they go through merely to stay alive and out of jail.

These 21 films and documentaries do just that. At a time when politicians are aiming to gut important protections for these communities, it is more important than ever to recognize the challenges trans communities face that go beyond politics.

Shot entirely on an iPhone 5, this comedy follows a transgender woman working in the sex industry in the margins of Los Angeles as she attempts to track down a pimp who spurned her. Starring Kitana Kiki Rodriguez, a transgender actress who was herself a sex worker, and Mya Taylor, who also identifies as trans, “Tangerine” was highly received by both critics and viewers.

Born Teena Brandon, Brandon Teena is a transgender man whose appearance in a small Kansas town shakes the community to its core, and reveals the violence and bigotry the trans community faces in the US.

Nominated for several Oscars, this biographical drama considers the life of transgender pioneer Lili Elbe, who was one of the first people to attempt a sex reassignment surgery in 1930. She died one year later. The role of Lili, played by Eddie Redmayne, came under criticism from some, as Redmayne himself does not identify as transgender.

An ex-con returning to the Bronx after three years in prison, a wife hiding an affair, and a son who’s come out as a transgender woman make for a challenging family situation in “Gun Hill Road,” an emotionally charged drama about the difficulty of accepting unexpected changes.

Three individuals unexpectedly come together to face shared challenges on a Navajo Indian reservation in New Mexico, including a transgender woman whose gender identity is accepted by her family but who surreptitiously earns a living as a prostitute.

6. “All About My Mother,” Comedy, Amazon Prime, Google Play

Taking place in Spain in the 1980s, at the peak of that country’s AIDS crisis, “All About My Mother” prominently features the transgender stories of both visible and invisible characters.

This Oscar-winning drama tells the story of Ron Woodruff, a homophobic Texan who is diagnosed with HIV and becomes business partner to Rayon, a drug-addicted transgender woman.

“The Trans List” profiles 11 people who identify as transgender and nonbinary, letting them tell their own stories. If you like this film, check out producer Timothy Greenfield-Sanders’ other work profiling marginalized communities, such as “The Black List,” “The Latino List,” and “The Out List.”

After being attacked outside of a bar by a heterosexual man, Chrishaun Reed “CeCe” McDonald, an African-American trans woman, defended herself with a pair of scissors — killing the aggressor and being charged for second degree manslaughter. Her court case received national attention, after McDonald was housed in two separate men’s prisons. This documentary brings together both America’s industrial prison complex and its mistreatment of non-binary populations.

Winner of the audience award for documentary film at the Tribeca Film Festival, “Mala Mala” tells the story of three non-binary individuals living and working in Puerto Rico.

This short documentary about a Hawaiian hula troupe focuses on a young dancer “who identifies as male and female” and the teacher that helped them embrace that identity.

Much like “Mala Mala,” this documentary focuses in on the lives and transitions of three gender nonconforming individuals, but in this case it’s three black transgender men.

Two competing identities, transgender and Mormon, come into conflict in this documentary about Eri Hayward, a trans woman who grew up in a conservative Mormon community in Utah.

14. “Transgender, at War and in Love,” The New York Times

Logan Ireland, a trans man, and Laila Villanueva, a trans woman, are married and are active members of the US armed forces. This New York Times documentary showed the biases they faced in dealing with the US military establishment.

This short documentary follows two homeless, transgender activists in the summer of 2015 in Minneapolis, Minnesota, as they struggle against police brutality, confront stereotypes, and put together a participatory photo project with disposable cameras.

This documentary profiles a 6-year-old transgender student from Fountain, Colorado, and her family, highlighting their struggle to gain inclusion in a conservative school district.

Two identical twin brothers must reinvent their relationship when one begins the transition from male to female.

Perhaps the canonical documentary that features the transgender community, “Paris Is Burning” takes a deep-dive look at the New York City drag scene in the 1980s.

Featuring a host of well-known actors, this light-hearted Amazon original series revolves around the coming out of Mort, husband and father of three, as a transgender woman.

This popular series about a federal women’s prison in Connecticut gave rise to the career of Laverne Cox, a black transgender woman, and brought awareness to the relationship between transgender identities, blackness, and mass incarceration.