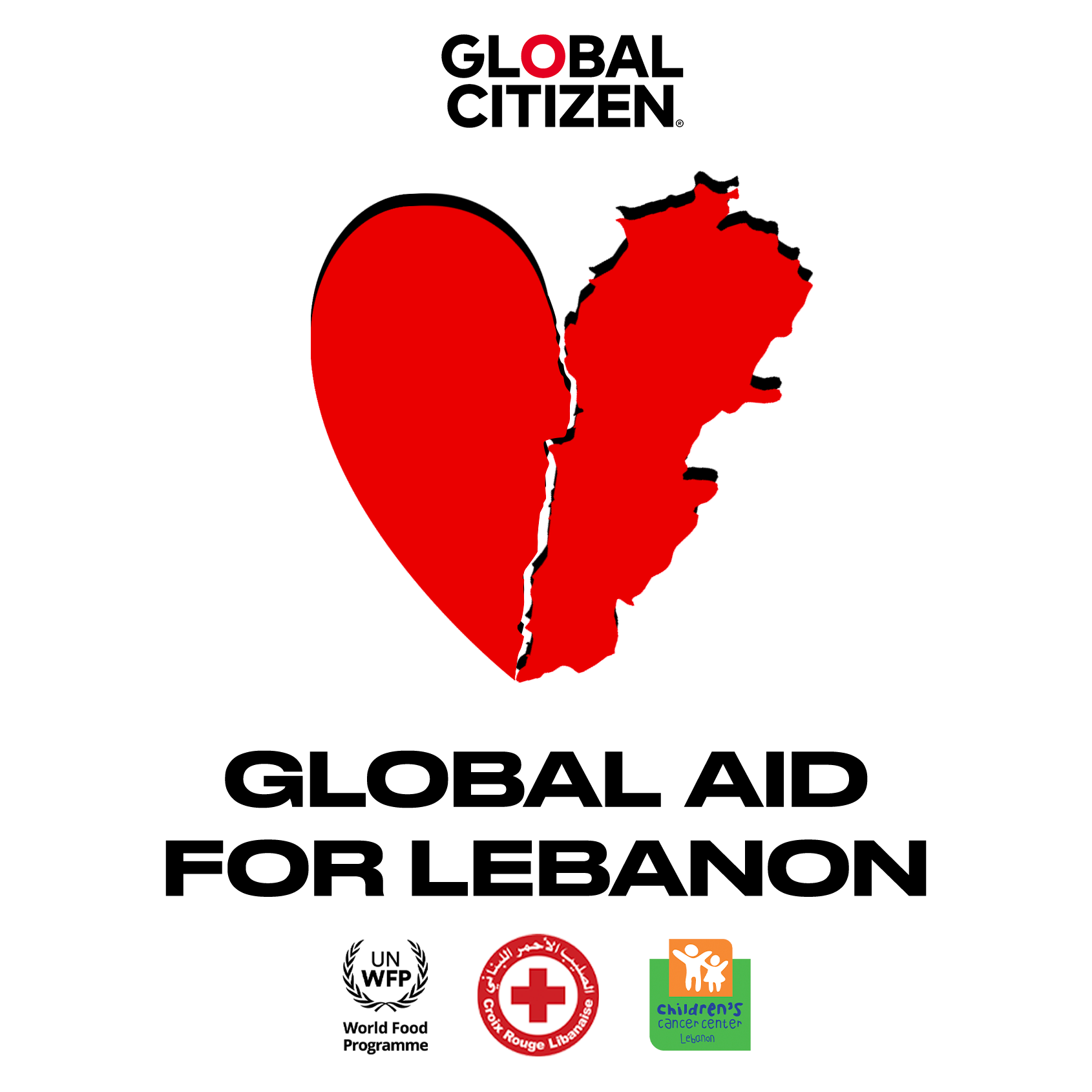 – ‘Global Aid for Lebanon’ Kicks off with a $250,000 Donation from Sal & Rima Slaiby and Will Support the Lebanese Red Cross, United Nations World Food Programme and Children’s Cancer Center of Lebanon –

– Global Citizens Urged to Donate, Support and Take Action on Behalf of the ‘Global Aid for Lebanon’ Campaign and Step up as a Global Community to Support the Lebanese People –

New York, New York – (Monday, August 10, 2020) – CEO of XO Wassim "Sal" Slaiby, along with Global Citizen, Red Cross Lebanon, World Food Program USA and the Children’s Cancer Center Lebanon, today launched Global Aid for Lebanon to raise funds for the victims of the Beirut explosion, which has killed hundreds of people, injured thousands, and left hundreds and thousands of people homeless, in the middle of the COVID-19 pandemic.

The campaign has been kicked off with a generous $250,000 donation from Sal & Rima Slaiby, and will support the Lebanese Red Cross, United Nations World Food Programme (WFP) and Children’s Cancer Center Of Lebanon. Global Citizen has partnered with the Slaiby family to step up as a global community and support the Lebanese people. Global Citizens and compassionate community members from all around the world are urged to donate, take action, and spread the word on social media using the hashtag #GlobalAidForLebanon about the Global Aid for Lebanon campaign found at www.globalcitizen.org/Beirut.

“My heart aches for Lebanon. The massive destruction scenes brought back to my memory the hard times I experienced with my parents during the war and that forced me to leave Lebanon at an early age following the loss of my dad, so I urge you all to take part in the ‘Global Aid for Lebanon’ campaign to raise funds and support for the region,” said Wassim "Sal" Slaiby, CEO of SAL&CO / XO RECORDS.

George Kettaneh Secretary General of the Lebanese Red Cross continued, "In a country that is suffering now from so many overlapping crisis and tragedies, the Lebanese Red Cross reaffirms its commitment to stand by the most vulnerable and to provide neutral, impartial and independent humanitarian aid. Our ambulance volunteers were on the front line of the response after the blast, and we are now working with all other aid actors to provide relief, shelter, primary healthcare and basic assistance to all those who need it most."

Abdallah Alwardat, Country Director and Representative of the United Nations World Food Programme in Lebanon also shared sentiments, “Nearly 85% of food in Lebanon is imported – much of it coming through the country’s largest port, which now lies in ruins. Even before the explosion, soaring unemployment and the global pandemic meant many people were already struggling to meet their basic needs. We’re working to get food to families in urgent need and to offer logistical and supply chain expertise for the ports of Beirut or Tripoli to ensure no food shortages occur.”

Rima Fakih Slaiby, Ambassador of the Children Cancer Center of Lebanon concluded, “I may have not been close enough to hear the blast, but we heard the tragic cries of the mothers and fathers who lost their children, the tears of the Lebanese people who were left with nothing. The heartbreak of a nation, our beloved nation, will always be within our hearts. The war forced us to leave and we cannot sit idly by and ignore clear cries for help, so we urge you all to take part in the ‘Global Aid for Lebanon’ campaign to raise funds and support Lebanon.”

Lebanon was already in economic trouble before the August 4th explosion destroyed the Port of Beirut, which handles 80% of the country's imports, including food. The country has experienced high rates of unemployment, and COVID-19 has made day-to-day life for many a struggle. Human Rights Watch issued a report last week before the explosion warning of mass hunger across the country due to COVID-19.

Disastrous events like the explosion in Beirut make accessing essential services like health care, water, food, and education difficult, and can lead to increased poverty. To help the people of Beirut cope in the aftermath of this catastrophe, view the Global Citizen website, and post the graphic and donation links on all social media platforms for continued awareness and support of the people of Beirut.

“Global Citizen stands in solidarity with the people of Beirut and is proud to lock arms with Sal & Rima Slaiby to support this urgent appeal during this devastating time,” said Michael Sheldrick, Chief Policy and Government Affairs Officer, Global Citizen. “We can support the people of Beirut to recover and rebuild, but only if we have compassion for each other when compassion is needed most. We are asking all Global Citizens to take action and take a stand.”

To take action and show your support, visit https://www.globalcitizen.org/Beirut and spread the word on social media using the hashtag #GlobalAidForLebanon.

About the Lebanese Red Cross

The United Nations World Food Programme is the world’s largest humanitarian organization, saving lives in emergencies, building prosperity and supporting a sustainable future for people recovering from conflict, natural disasters and the impact of climate change. Follow us on Twitter @WFPUSA and @wfp_media.

About the Children's Cancer Center of Lebanon

The Children's Cancer Center of Lebanon is a regional reference center pioneering in the treatment of children with cancer: at no cost to their parents and with complete dependency on donations. Since 2002, the CCCL has treated, over 1,650 children with cancer and offered more than 4,500 external medical consultations to patients from all over Lebanon and the region: with an average 80% cure rate. The center is ISO 9001:2015 certified for quality management and has a diversified and growing fundraising operation to insure the sustainability of funds for treatment and support all along the cancer journey. In addition to that, the CCCL values partnerships and spreads awareness and education about the disease and proper governance and aims to insure optimal methods for regional and global cancer control. Learn more at: www.cccl.org.lb.