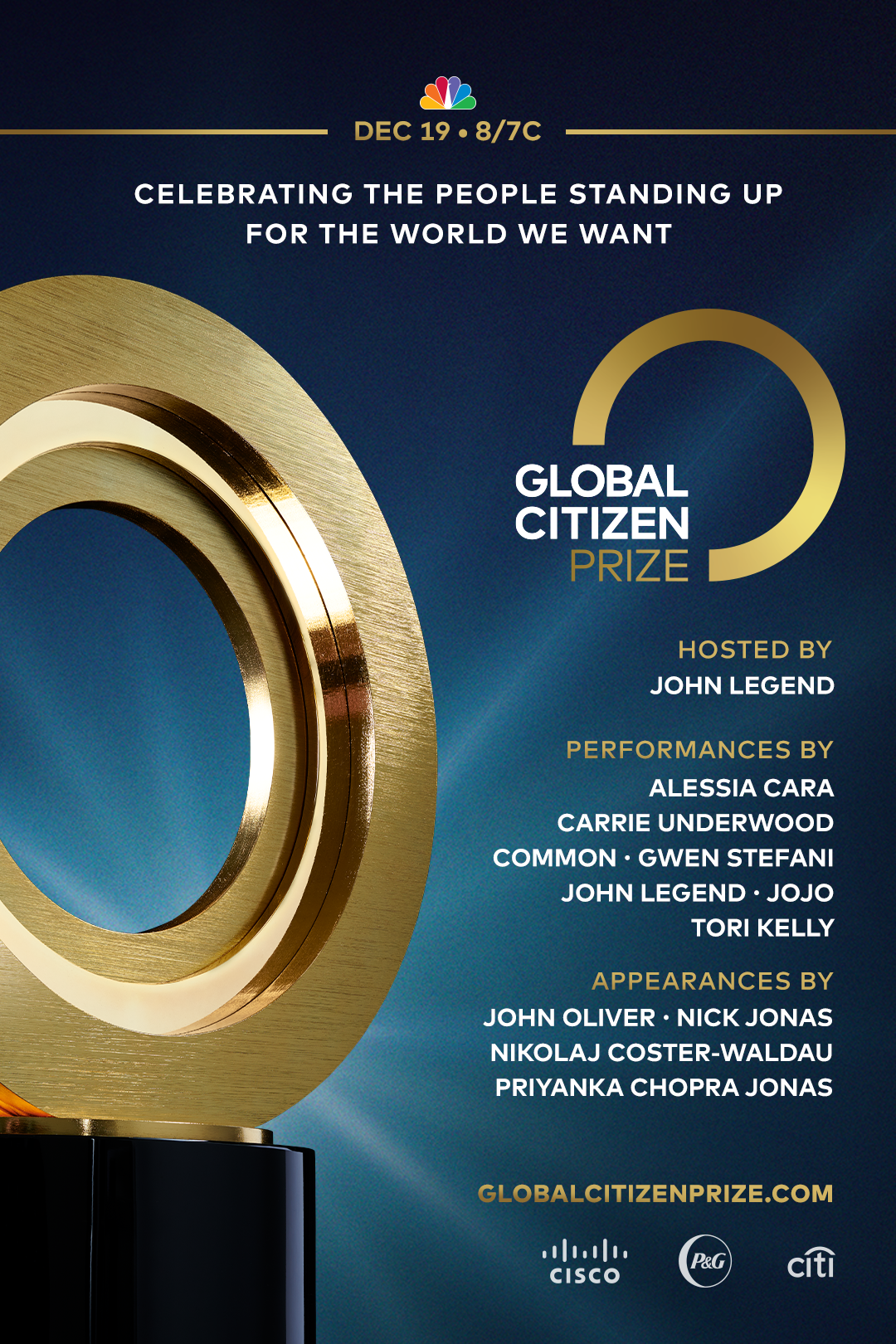 The Global Citizen Prize honors those making extraordinary efforts to lift up the world’s most vulnerable and make the world a better place, and who inspire others to stand up and take action. The broadcast special will premiere on Saturday, December 19, 2020 at 8:00 P.M. ET on NBC in the United States and CTV in Canada. The Global Citizen Prize will also air on MSNBC on Sunday, December 20, 2020 at 10:00 P.M. ET, with a second airing on New Year’s Eve at midnight. Albavision in Central and Latin America, Digicel in The Caribbean, South Pacific and Central America, Insight TV in Asia, Europe and the Middle East, Mediacorp in Singapore, SABC in South Africa, SKY Media in the United Kingdom, TRACE Anglophone West Africa in Nigeria, Ghana and East Africa, MTV International on select channels in Africa, Asia, Europe, and Latin America, and Vodafone in Europe, Africa, Oceania and Asia will also air the awards. The Global Citizen Prize show will also be available digitally  on Facebook, Twitter and YouTube following its airing on NBC. Visit globalcitizen.org/prize for a full listing of global broadcast times.

The Countdown to the Prize digital pre-show, hosted by Access Hollywood’s Scott Evans, will feature exclusive behind-the-scenes interviews with the artists, special packages on the Prize winners, and a virtual red carpet, streaming at 7:30 P.M. ET on Facebook and Twitter. See here for digital pre-show air times around the world.

In addition, the Global Citizen Prize is introducing three awards, selected by Global Citizen and a team of advisors to recognize individuals or organizations who have demonstrated exceptional impact over the preceding year, creating positive change and inspiring others through compassion, innovation and unwavering dedication in their respective fields.

Finally, Global Citizen has also launched the #My2020Hero social media campaign, inviting everyone to honor the people in their lives who have done something special during this difficult year to support them, their community, or the world, as we take a moment together to focus on gratitude and hope.

Since the first Global Citizen Festival in New York in 2012, Global Citizen has grown into one of the largest, most visible platforms for people around the world calling on world leaders to honor their responsibilities in achieving the United Nations Sustainable Development Goals and ending extreme poverty by 2030. Global Citizens have mobilized $48.5 billion in commitments and policy announcements from leaders that have impacted the lives of 880 million people living in extreme poverty.