How Young People Can Transform Tanzania

Young people play a vital role in the development of any country.

Young people play a vital role in the development of any country. This is especially true for Tanzania. Young people can be even more effective when their voices are amplified and fully involved in policy making and implementation.

That’s why Youth for Change Tanzania has teamed up with Global Citizen to level the law in my country. Global Citizen is supporting our grassroots campaign to raise the minimum age of marriage to 18 for both boys and girls, and help amplify our work around the world.

In Tanzania, 4 out of 10 girls are married before their 18th birthday, and some are as young as seven years old. Child marriage is not only a basic human rights infringement, but also limits girls’ access to education and exposes them to reproductive health risks, violence and exploitation – including female genital mutilation.

As the co-founder of a Tanzanian youth-led network of young activists working to tackle gender-based violence and create positive change for young men and women, I know firsthand the importance of engaging my peers to share their unique insights, experiences and recommendations on issues that directly affect their lives.

On July 9th, Youth for Change held a Global Goals Youth Symposium at the University of Dodoma in collaboration with Global Citizen and the University Students of International Affairs Association. Over 300 university students from the Dodoma region joined the discussion on their role as Tanzanian youth in ensuring the government fully implements the Global Goals and prioritizes achieving gender equality. 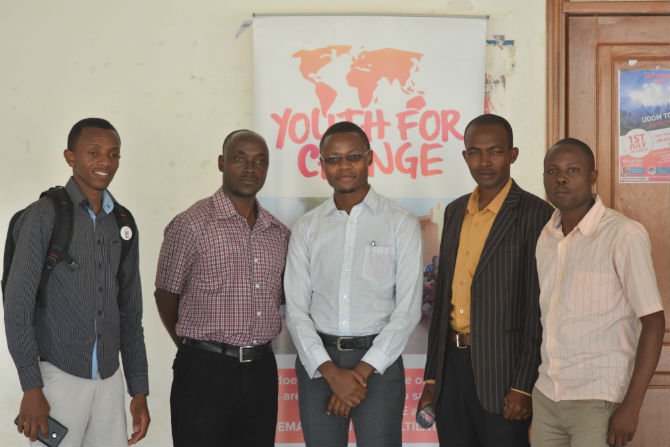 The event showcased, more than anything, that if the ideas of young people are harnessed then Tanzania can be transformed by 2030.

Aisha, a 22-year old Global Goals ambassador pointed out how quality education should be at the heart of the goals. Too often child marriage and early pregnancy end a girl’s education. Without the chance to stay in school, girls are robbed of the right to pursue a destiny of their own choosing.

Another student, Upendo Abisai, reminded girls that women’s empowerment starts when girls themselves stand out and show their abilities. “We will never win and achieve what we call gender equality, if we stay quiet in our rooms and complaining of male dominance. How many girls are here with us today? See how we do not really want to achieve gender equality.”

Dr. Pius Chaya, a guest of honor representing the Ministry of Community Development, Gender, Elderly and Children provided a broader conceptualization of gender equality. “We should not only be thinking about one to one relation when speaking of gender equality,” she said. “Gender equality includes many more factors that affects everyone’s lives such as resource mobilization, freedom of expression, assembly and making choices.”

Speaking on global cooperation, Dr. Philemon Sengati, a professor at the University of Dodoma, explained the global nature of ending gender inequality. “We should appreciate the efforts of not only us in here but of global citizens all over the world who are supporting us to end child marriage.” 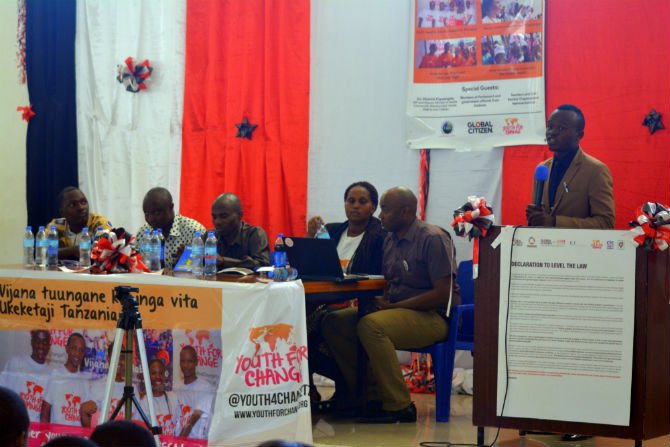 The audience agreed that we all need to end child marriage as soon as possible. Participants were happy with the recent ruling by the Tanzania High Court that sections of the 1971 Law of Marriage act, which currently allows girls from the age of 15 to marry with parental consent, are unconstitutional. This was seen as a big step towards outlawing child marriage in Tanzania and requests were made to the government to further amend the law as quickly as possible.

The audience also joined thousands of global citizens around the world who have already voiced their support to #LevelTheLaw and change the laws that discriminate against girls and women and prevent them from reaching their full potential.