Survey Shows 90% of Students Have Registered to Vote, Predicting a Surge in Youth Turnout

Signs the tide is turning.

More than nine out of 10 students are registered to vote, according to a survey of 1,000 full-time students organised by Youthsight and the Higher Education Policy Institute.

The survey indicates a potential surge in youth turnout after the number of young voters dropped when the previous government changed the process for registering to vote. The switch from household registration to individual registration caused 800,000 people to fall off the electoral register in 2015 — this sharp drop was particularly felt in areas with a high student population where universities can no longer automatically register every student who enrolled.

Read More: Emma Thompson Has a Message for You — 'Get Off Your Arses and Vote!'

But efforts to get students registered seem to be working, as the survey suggests the majority of students polled are now on the electoral register. Still, there’s a steep hill to climb to ensure younger generations are fully represented in mainstream politics. Students are not necessarily representative of all young people — recent data shows the proportion of 17-20 years old in higher education is around 40%.

Eighteen- to 34-years-olds with a degree are currently more likely to vote than those without, so any efforts to make sure that young people’s voices are heard at the ballot should not ignore those outside of higher education.

The direction of the youth vote often bucks national trends, but this year when it comes to the top two issues facing Britain, young people’s concerns reflect the issues dominating the headlines: Britain’s relationship with the EU, followed by the NHS. 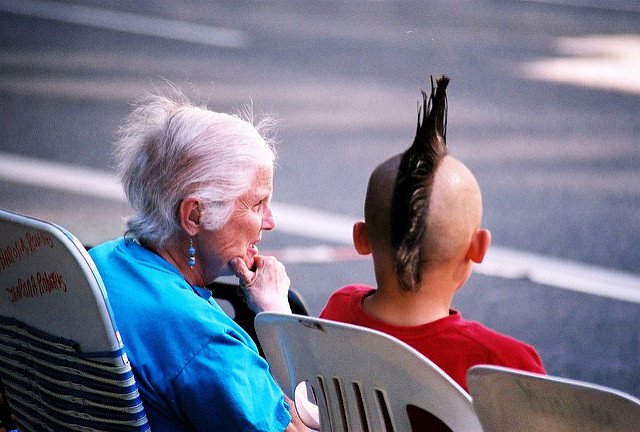 Still, the generational split cannot be denied when it comes to attitudes towards these issues. Young people who turned out to vote on the EU referendum voted overwhelmingly to remain. And immigration seems to be a far less dominant concern for young people than for older generations, ranking third in an Ipsos-Mori poll of the most important issues for the country as a whole, but only eighth when students were asked to rank their main concerns.

Read More: Why Brexit Is a Wake Up Call For Young People

While endless think-pieces scrutinise the failures and fantasies of millennials, often concluding that young people are lazy, entitled, and disengaged. in reality young people do have the power to shape change — hence why so many brands chase youth to sell products (sometimes with disastrous results). 2016 was a shock to many, and gave the world a reminder that tolerance, equality and compassion are worth fighting for. Young people are ready to fight back.

In just three days, more than 100,000 people under-25 registered to vote after the snap election was announced. The deadline to register is 22 May. It only takes five minutes but it will affect your life for at least five years.