You wouldn't expect these countries to be turning to greener energy

Even oil-rich countries are joining the movement!

Why has everyone been talking about renewable energy lately?

Oh, and we’re releasing around 32 gigatonnes of carbon dioxide a year (yes, that would be 32 with 9 zeroes at the end of it in tonnes), and energy-related emissions account for 84% of that. In other words, we need to clean up our act and make that “32” a “pretty-darn-close-to-zero”.

The good news is that we’re seeing efforts from countries all over the world to curb emissions, and you might be surprised by the ones jumping on the bandwagon.

1. Sunshine and rainbows in Saudi Arabia 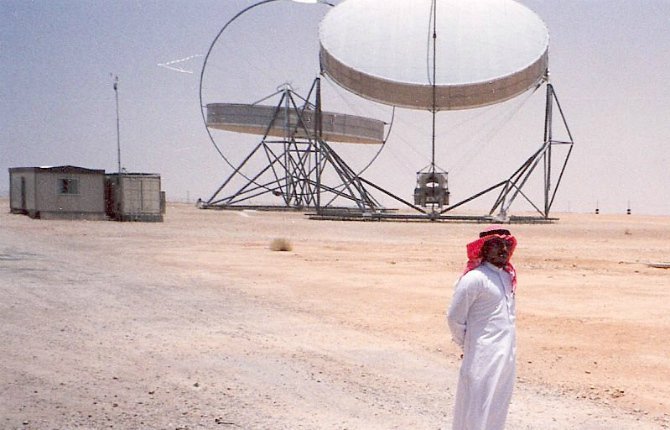 Definitely the sunshine part, at least!

That's right--Saudi Arabia is going solar. It surprised me because Saudi Arabia is the second most oil-rich country in the world. Consequently, it's also the sixth largest consumer of oil. That's why they're stepping up their game with a $109 billion investment in solar power and an aim to be completely clean (energy-wise) by 2040.

Although the motives behind these goals are mainly profit-based (less oil usage = more to export), it's still a positive step.

Solar energy was made to thrive in Saudi Arabia's large, flat and open deserts.

2. Eat your greens! Or use them for biofuel in Qatar 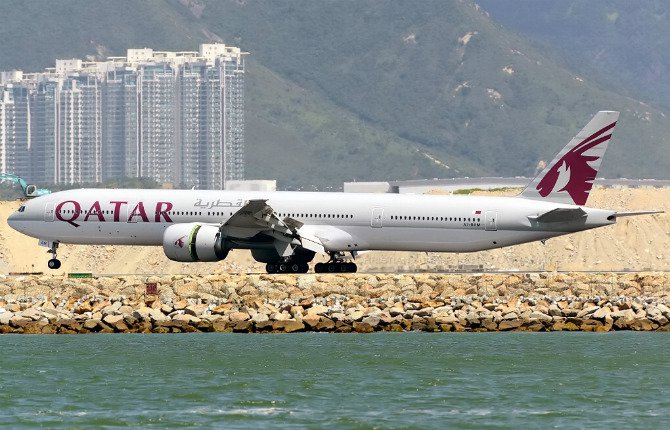 Fourteenth on the oil-rich list, Qatar also has the most surprising green-energy initiative. And I mean the color green.

Qatar is using micro-algae and cyanobacteria (photosynthesizing bacteria) to capture carbon dioxide emissions from natural gas, oil and desalination industries. That's not all--they're found naturally in Qatar, so transportation emissions are kept to a minimum.

Essentially, these tiny plants eat up CO2 in the atmosphere. Biofuel is made from them, which is converted to biodiesel and then to jet fuel.

3. What did the sea say to the shore in Ghana? 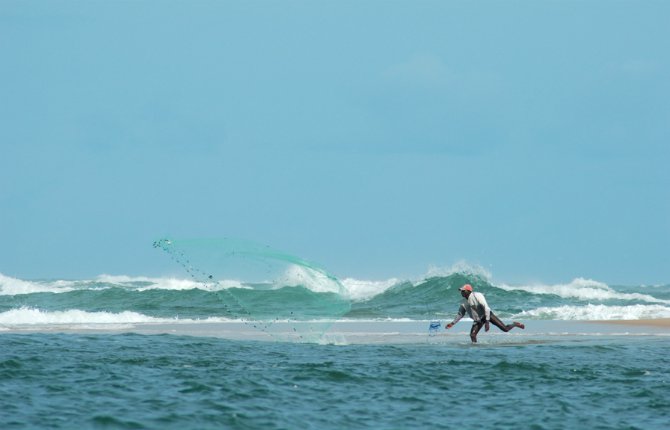 Nothing. It just waved.

Okay, I added the "in Ghana" part to an already existing joke.

But still--Ghana, which has the second largest oil reserve in Africa, is investing $4 billion to harness 1000MW of electricity from the ocean via wave energy. Advantageously located on the coast of West Africa, Accra, the capital, has become the home to the first wave energy plants.

I'm excited to see this kind of technology spread throughout the world!

4. Chasing the sun in Nigeria 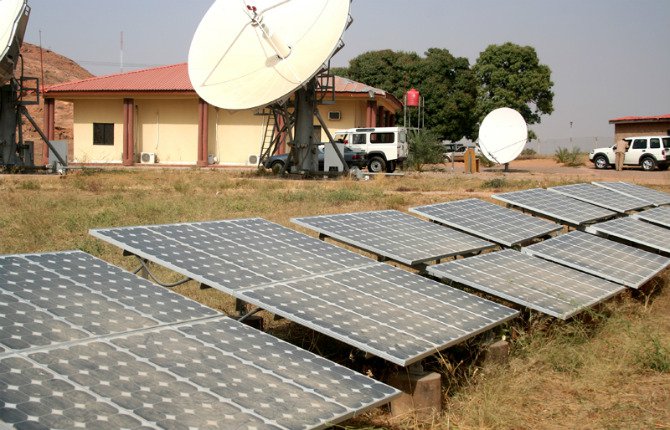 Nigeria has the largest oil reserves in Africa, but why use oil when there's solar? It's not like Nigeria isn't running out of solar radiation anytime soon!

Nigeria is one of the most populated African countries, but with only about 40% of households connected to the national energy grid. Fortunately, the minister of power views solar power as a chance to change that: "I see communities lighting up by renewable energy. In fact I see thousands of communities that never even had any hope of being connected to electricity using off-grid solar technology."

That's why Nigeria is not only investing $5 billion in solar energy on a large-scale, but also in solar panels on rooftops of small, rural houses. It's estimated to create over 30,000 new jobs in the field!

5. The UAE isn’t taking this light-ly 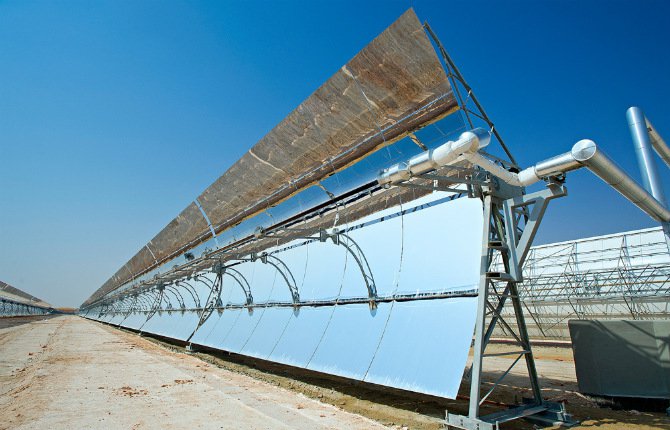 Sure, the UAE has like... 10% of the world's oil, but 2015 marks the UAE's breakout year for renewable energy. The UAE has been funding green energy projects internationally, but is also adopting some of these technologies at home.

It started with a project dedicated to providing small farms energy via solar panels. The founder of Monyati Initiatives commented on the project: "We had about 19 volunteers from Abu Dhabi and Dubai help to install the panels, and I think it will make life easier for these farm workers, especially during the hot summers... Our aim with this project is threefold: to protect the UAE’s environment by using natural energy; to help rural families by enhancing their infrastructure; and to nurture a compassionate spirit within the country.”

The successful project is serving as a blueprint for solar energy panel installations for other regions of the UAE!

6. China is being blown in the right direction 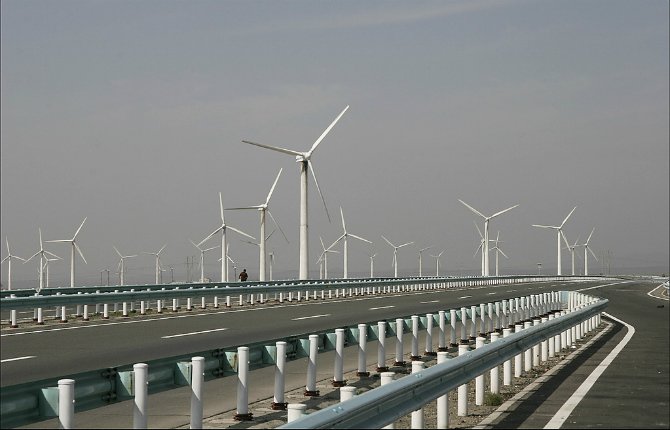 When you think of China, you don't immediately think of clean (in any aspect of the word). I lived there and that's the last word that comes to mind after having inhaled Beijing air for 13 years.

To my surprise, air may be just the thing to reverse that. I'm talking about fast-moving air at speeds over 30mph.

That's right--China is not just using wind energy, it has become the largest wind power market in the world. Powered by 25% renewable energy, China's come a long way since just 10 years ago, when clean energy was practically nonexistent.

I know what you're thinking: "Isn't this the same China notorious for coal usage for, well, everything?"

Yes. And it's still not great. Coal still accounts for the majority of energy in China, but it's steadily decreasing. By 2020, it is hoped that coal usage drops to under 62% of total energy production.

The burning of fossil fuel has so many negative effects. It fuels the progress of climate change, which displaces thousands of people every year and pushes species to the brink of extinction. It's also responsible for pollutants that contaminate our lungs and bodies.

Global Citizens should encourage governments and corporations to swap fossil fuels for alternative, clean energy. I commend these countries for making efforts to do so, and I hope you'll take the time to learn about how your government is generating energy.