This Olympic athlete is dedicated to inspiring others to dream despite hardship. 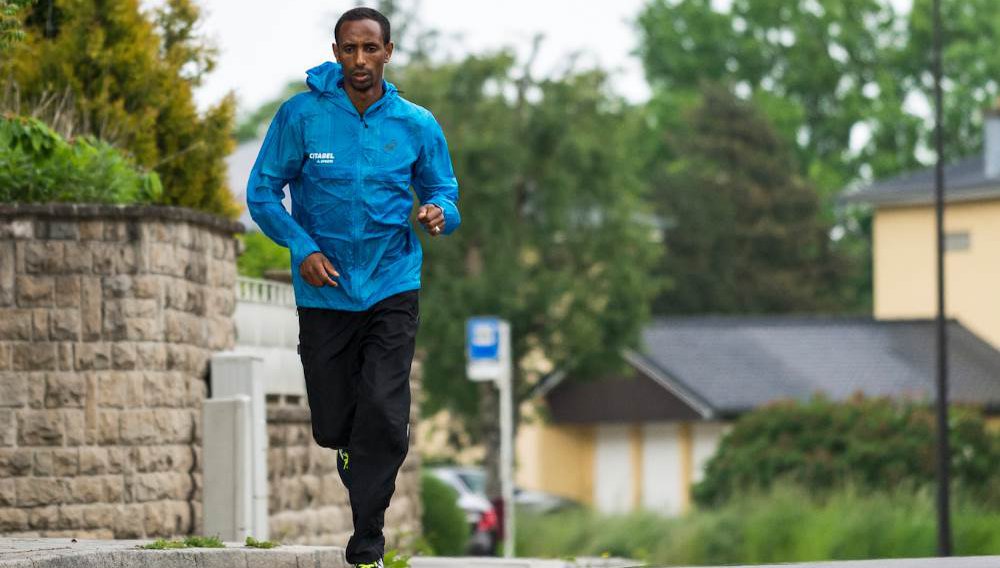 Yonas Kinde, 36, is running for the first time in the Olympics this year in Rio de Janeiro. He began running as a teenager in his home country of Ethiopia. But in 2012, Kinde had to flee for Luxembourg.

“It’s impossible for me to live there… it’s very dangerous for my life,” said the marathon runner to the United Nations Refugee Agency (UNHCR). “I left my country because of political problems. There are many difficulties, morally, economically, and it’s very difficult to be an athlete.”

Kinde will be competing in the marathon as a part of the Refugee Olympic Team (ROC) announced by the International Olympic Committee (IOC) in response to the ever-growing refugee crisis. This team is a beacon of hope for displaced people around the world.

In Luxembourg, Kinde spends his time learning French, driving his taxi, and, of course, training. “I normally train every day, but when I heard this news, I trained two times per day, every day, targeting for these Olympic Games. It’s a big motivation,” Kinde told UNHCR. He has won several races in Europe, running a marathon in an impressive 2 hours and 17 minutes in Germany.

Although Kinde has won many races, he has previously been ineligible to race in the Olympics or the European championship because he does not have a nationality. The ROC is an amazing opportunity for Kinde and others like him to achieve their dreams while also providing a source of inspiration for others.

The IOC’s Olympic Solidarity fund has provided the team with equipment and has paid for the athletes’ coaching.

“[This team] is a signal to the international community that refugees are our fellow human beings and are an enrichment to society,” said IOC president Thomas Bach.

Read more: 11 Years Ago He Fled Sudan; Now He Is Running In The Olympics

To Kinde, competing in the Olympics is about more than personal glory. Of course he wants to win a medal, but he also wants to spread the message to young refugee athletes that they too can succeed. Acknowledging the struggle of refugee life, Kinde said to UNHCR, “Of course we have problems – we are refugees – but we can do everything in the refugee camp, so it will help refugee athletes.”

Kinde’s dedication to achieving his dream throughout hardship is inspiring to all, but especially to young displaced people. He will compete in the marathon on Sunday, August 14.