Why this Olympic Judoka wrestler is fighting for it all

“I am representing all refugees in the world,” Yolande told Global Citizen. 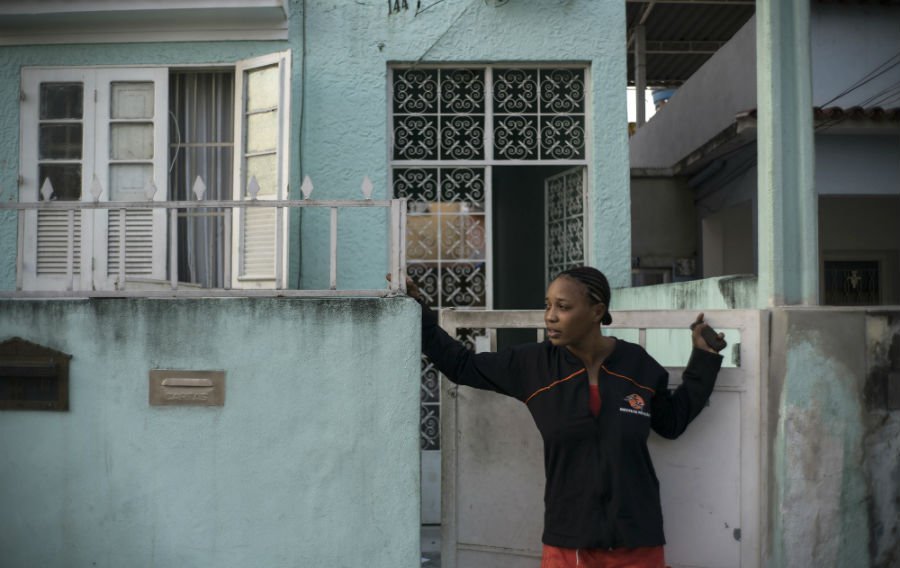 Meet Yolande Mabika. She’s one of four women on the Olympic Refugee team — the first ever all-refugee team to attend and compete in the Olympics. This summer she will competing in Judo wrestling at the Rio 2016 Olympics.

Mabika is originally from Congo and learned Judo while living at a UNICEF refugee camp in Kinshasa, the capital of the Democratic Republic of Congo (DRC) — where over 5 million people in the past 20 years have died due to ongoing conflict.

“I never had the chance to compete for my country, to carry the flag of my country,” she told Global Citizen.

This year, billions will watch Mabika march with the refugee team ahead of Brazil’s team during the opening ceremony.

“I am representing all refugees in the world,” she said proudly.

It hasn’t been easy for Mabika to get to this point. Despite training for her entire life, she hasn’t been able to compete in the largest global athletic event, the Olympics, because she hasn’t had a home country.

“All athletes in the world train one day to be in the Olympics,” Mabika says in the video below.

Mabika, 28, already lives in Brazil. She, along with fellow judo wrestler Popole Misenga, relocated to Brazil three years ago. Both athletes arrived in Brazil with their as part of the DRC’s national Judo team to compete in the 2013 World Judo Championship. While there, they put in a bid for asylum.

Then her life took a turn she never could have expected: Her coach stole everything — money, possessions, all their paperwork and documentation disappeared for the entire team.

She and Misenga, 23, slept on the floor of a hair salon for weeks while scrambling to figure out where their next meal would come from after her coach vanished, she told NPR.

All she wanted was to return to the sport she loved, yet she had to keep working hard labor jobs and anything she could find to make ends meet. Finally, local news picked up her story which led her and Misenga to meet and train with a coach in Brazil.

Today, she trains daily with her mind set on standing up for the 60 million displaced persons in the world, and winning at the Olympics.

After fighting to survive for years, Makiba is ready to fight for an Olympic medal.