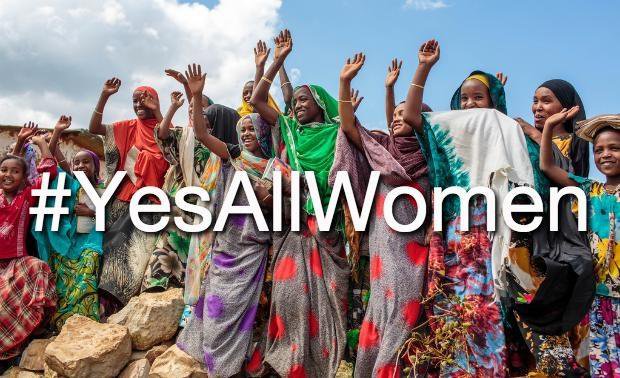 On Friday, May 23, Elliot Rodger killed himself and six other people in Isla Vista, California at the University of Santa Barbara. Another mass shooting ending in innocent deaths and a grief-stricken community, this event once again shook the United States to its core. Questions regarding gun control and mental health resurfaced as a popular yet controversial topic in the media.

Yet, this massacre wasn’t just the product of a gun in the wrong hands. The shooter had written a 141-page manifesto, declaring a “war on women” fueled by rejections by women. His rampage against women quickly sparked a conversation around gender inequality, sexism, harassment and sexual violence on social media.

The hashtag #YesAllWomen, which exploded on twitter since the shooting, has elicited more than a million tweets about rape culture and gender-based violence in the United States and around the world. This movement has resonated with millions of people, men and women alike, who recognize that violence against girls and women is a daily reality that must be acknowledged and addressed.

#YesAllWomen should be able to live a life free from violence & discrimination #womenshouldpic.twitter.com/FDuF1R5tN5

The power of a movement that lives on social media hubs truly transforms the way we think about issues like gender equality. A terrible, isolated event like the Isla Vista shooting has empowered men and women to openly talk about gender-based violence and day-to-day gender discrimination -- at home, in the workplace, on the street -- in a way that has connected strangers around the world on a deeper, emotive level.

I get the chills when reading through the #YesAllWomen posts--nodding in silence and feeling inspired myself to speak out. It also makes me aware of the fact that violence against women and gender discrimination is truly a global problem:

- 1 in 3 women worldwide have been sexually, physically or psychologically abused in their lifetime.

- 40 to 70 percent of female murders are a consequence of intimate partner violence.

- More than 90 million African women and girls are victims of female genital mutilation.

- 2 million women are trafficked into sexual slavery every year.

- 60 million girls are either missing or dead due to infanticide or sex-selective abortions.

Although the statistics speak for themselves, women and men joining forces will only make the global movement to achieve gender equality stronger. #YesAllWomen and #YesAllMen must work together to advocate for an equal world -- where no person should suffer from discrimination just because of their gender.

Join me and the #YesAllWomen movement to take a stance against violence and gender inequality. You can take action in two ways to ensure that women’s rights are prioritized when policymakers make important decisions that will impact the future.

2. Sign the petition on this page so that gender equality is at the forefront of the post-2015 development agenda.

Send the message today that discrimination and gender-based violence is unacceptable.