Some of the world's most vulnerable people are made out to be "others."

On the Australian debate program “Q&A,” an audience member asked the panel how democracies should respond to mass migrations of people around the world and the ensuing collision of cultures that often take place. What followed was a heated personal debate between Jacqui Lambie, the Independent Senator for Tasmania, and Yassmin Abdel-Magied, a mechanical engineer, social advocate, and dual citizen of Australia and Sudan, about Muslims and their place in Western societies.

“I would rather look after our own backyard first,” Lambie said. “When we’ve got one-third of our pensioners living on or below the poverty line, something needs to be done. And if that means we need to put a hold or a ban on that for two years to fill in that gap to make sure that those people in our own backyard get what is needed, so be it.

When moderator Tony Jones followed up by asking if that meant following Trump’s example and deporting Muslims for the sake of national security, Lambie said yes: “Anyone that supports Sharia law in this country should be deported.”

Abdel-Magied pounced: “So do you know what Sharia law is? Me praying five times a day is Sharia,” she said. “My frustration is that people talk about Islam without knowing anything about it.”

Read More: Rohingya Muslims Are the Most Persecuted Minority in the World

After a brief shouting match, Abdel-Magied refocused the argument on people and cultures.

Born in Sudan, she moved with her family to Australia before her second birthday. “I know no other real culture than Australian, really, because Australian is who I am,” she said.

She then responded to Lambie directly, reminding her that Muslims are part of Australia too.

“You talk about protecting Australians? Well, I’m Australian. […] So it hurts me deeply when my elected representatives don’t want to have me in this country, simply because of my faith or because of where I was born.

“I back you 100%. We should look after people that are vulnerable in this country. I will back you to the hilt on that. But that is not mutually exclusive to being generous to those that are coming here,” she said.

Read More: World Leaders Must Help, Not Target, the World’s Most Vulnerable People 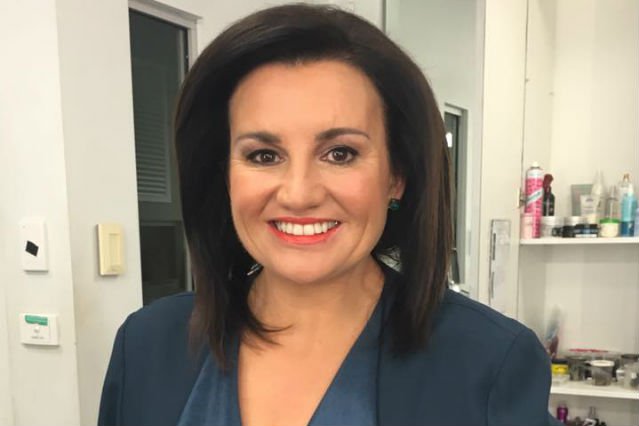 In 2014, Australia banned citizens from traveling to conflict zones like Iraq and Syria under penalty of 10 years’ imprisonment. The legislation was passed in the name of national security to curb recruitment by Islamist militant groups.

The Obama administration had agreed to resettle refugees being held by Australia in offshore detention camps. With Trump in the Oval Office however, executive orders shutting down all immigration for 90 days has thrown a wrench into those plans.

During the debate, Abdel-Magied claimed, “National security experts around the world have said that these sort of bans are things that make countries less safe.”

After conducting its own research, The Washington Post concluded that banning certain groups in the United States would cause more harm than good: “By dehumanizing minority group members in word and deed, Trump’s rhetoric and policies may promote the very actions they purport to prevent.”

Shortly after Trump signed the order, 10 former top US security and state officials (including two former heads of the CIA) condemned it in an affidavit. They claimed it would make America less safe by pitting the country against Islam as a whole which, in turn, would provide propaganda for extremist militant groups.

Lambie followed up the debate by releasing a video expanding upon criticisms of Sharia law. Just last week, she introduced a bill that would ban Muslim women from wearing burqas in public.

Abdel-Magied’s claim that Islam is the “most feminist religion” has been met with harsh criticism.

Nevertheless, her call for Australia to be more welcoming to people in need, and more inclusive to diverse populations who are marginalized in the name of national security, is one that must be heard by democracies around the world.