5 Of The World’s Worst Countries To Be A Woman

Though no country has achieved total gender equality yet, some lag farther behind than others. 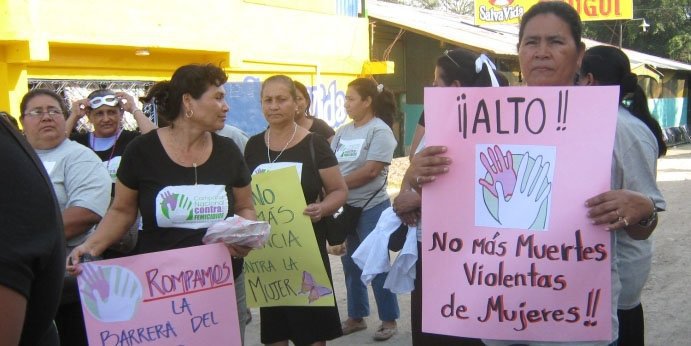 No country in the world has achieved total gender equality — yet. Though some places are getting close, others are so far from the finish line that it’s not even in sight.

Around the world, women are not given the same educational and occupational opportunities. They are denied a say in how they are governed, prohibited from fully participating in society, and fear gender-based violence.

Women experience discrimination on the basis of one chromosome, an arbitrary biological determination.

Where is being a woman the most difficult?

We looked at UN reports on women in politics and the workforce and compared data on violence against women, child marriage, and educational attainment. And here are some of the places in which women are facing the toughest times.

Young girls sit in a home outside of Al Hudaydah, Yemen. Of the 25 nations with the highest rates of child marriage… pic.twitter.com/6OXaEWKhIJ

According to the 2015 World Economic Forum Gender Gap Report, Yemen has the biggest average gender gap of the 145 countries surveyed. It has the largest disparities in economic participation and opportunities for men and women, and one of the greatest differences in literacy rates between genders — with 55% of women considered literate as compared to 85% of men.

Yemeni women are also afforded little agency. They cannot marry or receive health care without the permission of their male guardian (usually their father) and do not have equal rights to divorce or child custody. And the legal system has few provisions for the protection of women who experience domestic and sexual violence — leaving some women vulnerable to becoming the victims of honor killings. Around 52% of girls in Yemen are married before the age of 18; there is currently no legal minimum of marriage age.

ICYMI: must-watch film from Honduras - one of the most dangerous places to be a woman. https://t.co/T5QXOvcHVHpic.twitter.com/qK0cIclfm5

On average, one woman is murdered every 18 hours in Honduras — it is the femicide capital of the world. With a femicide impunity rate of 90%, most of these women’s murderers are getting away with it. The lack of accountability and prosecution of perpetrators of violence against women mean that women can’t live safe, successful lives and reaching their full potential. In a country where rape is not uncommon, there are only three shelters for rape survivors, two of which are also brothels.

While some of these murders are related to domestic violence, it is believed that the majority are not and may be the result of increasing drug and human trafficking activities in the country. The high level of impunity also means that perpetrators are more likely to commit acts of violence against women, because there are unlikely to be repercussions.

This episode of Gloria Steinem's "Woman" is a documentary about rape of women and children in the DR Congo. Rape... https://t.co/v4QnNaqTkT

In 2011, it was estimated that 2 million women had been raped in the Democratic Republic of Congo, and according to the UN Department of Economic and Social Affairs’ 2015 World’s Women report, more than 60% of Congolese women aged 15-49 have experienced violence — around 50% as recently as the past year. The same report found that over 70% of women in the DRC believe that a husband can be justified in hitting or beating his wife; in fact, more women believe this than men.

The situation is particularly terrible in eastern Congo, where it is estimated that one-third of all rapes and incidences of sexual violence are committed by the soldiers and militants. Military forces are believed to use rape and sexual violence as torture and as a means of terrorizing communities into complying with forces. As in Honduras, perpetrators of sexual violence are not always held accountable for their actions — many women fear reporting rape to the police. Despite the laws which exist to protect women, little action is taken as the perpetrators are often high-ranking officials in the government or armed forces.

Women are #DaringTo demand and defend their human rights in #Egypt: https://t.co/DxvxO9OgSnpic.twitter.com/VCEb7xfxe2

The UN Department of Economic and Social Affairs’ 2015 World’s Women report stated that more than 80% of girls ages 15-19 have been subjected to female genital mutilation (FGM). More than 125 million Egyptian girls are believed to have endured the process, more than any other country in the world. Though FGM has been banned since 2008, the custom remains prevalent and social norms still strongly reinforce the practice — approximately 60% of women in Egypt believe the practice should continue.

In addition to having the highest number of FGM victims, Egypt is ranked as having one of the largest gender gaps on the World Economic Forum’s 2015 Gender Gap report. Though men and women are close to equal in terms of access to health care and education, women have far fewer economic opportunities, and score even worse on political empowerment. As in Yemen, Egypt’s laws tend to discriminate against women with regards to marriage, divorce, custody of children, and inheritance, while there are simply no laws that criminalize domestic violence and protect women from violence in their homes.

Portraits of Saudi women in their daily lives https://t.co/77ZOpp8Wqa

Like women in Yemen and Egypt, Saudi women are forced to rely on male guardians. Without the permission of a male guardian — usually a father, brother, husband, or son — women cannot marry, travel, or access higher education. All women are also banned from driving and generally must be segregated from men in public areas.

To remedy this, Uber offered women free rides to polling stations when women were, at last, given the right to vote last year. Though only 130,000 women registered to vote (compared to 1.35 million men), it was an important step toward the inclusion of women’s voices in governance. The election also resulted in Saudi Arabia’s first female municipal councillors.

I voted for a lovely lady who represents my beliefs, & has so much to offer#saudiwomenvote#saudielection

Though far from being the worst place for a woman to live, it may surprise you to know that the US is one of only seven countries that has not ratified the widely adopted UN Convention on the Elimination of all forms of Discrimination Against Women (CEDAW) — the others being Iran, Sudan, South Sudan, Somalia, Palau, and Tonga. In fact, of the UN’s 189 member states, only the United States and Palau are not signatories to the convention.

The CEDAW, adopted in 1979 by the UN General Assembly, is an important international agreement that essentially acts as the bill of rights for women around the world.

Gender equality means giving everyone the same rights and freedom to learn, speak, work, and live — it is a key ingredient for ending poverty around the world.