One of the Worst Oil Spills in History Is Getting Worse

And there’s little chance that it will be cleaned up.

More than a week ago, an Iranian oil tanker collided with a Chinese freighter boat in the East China Sea, causing an environmental catastrophe that’s getting worse, according to the New York Times.

The tanker was carrying 42 million gallons of petroleum condensate, a highly flammable and toxic substance that ignited upon collision, setting the water’s surface on fire and, it is believed, killing the boat’s 32 crew members.

This particular type of oil is clear and low in density, making it difficult to clean up, according to Greenpeace. In recent days, winds have spread two oil slicks that now stretch for 52 square miles, threatening marine life in the region.

Rick Steiner, the director of Oasis Earth and an expert on oil spills, said that if all the condensate leaked into the water, it will rank as the worst such spill in history.

“The East China Sea is a rich, although degraded, marine ecosystem, with over 200 species of fish, squid, cuttlefish, crab, and many seabirds and marine mammals, including whales, porpoises, and seals,” Steiner said.

Read More: This Global Citizen of America Battles Oil Spills Around the World

“Marine organisms exposed to the hydrocarbon plume from the Sanchi [oil tanker] can suffer lethal and sub-lethal toxic effects,” he added.

The boat leaked another type of dense and toxic fuel oil called bunker that likely spilled out as well and is contaminating marine life, Reuters reports. 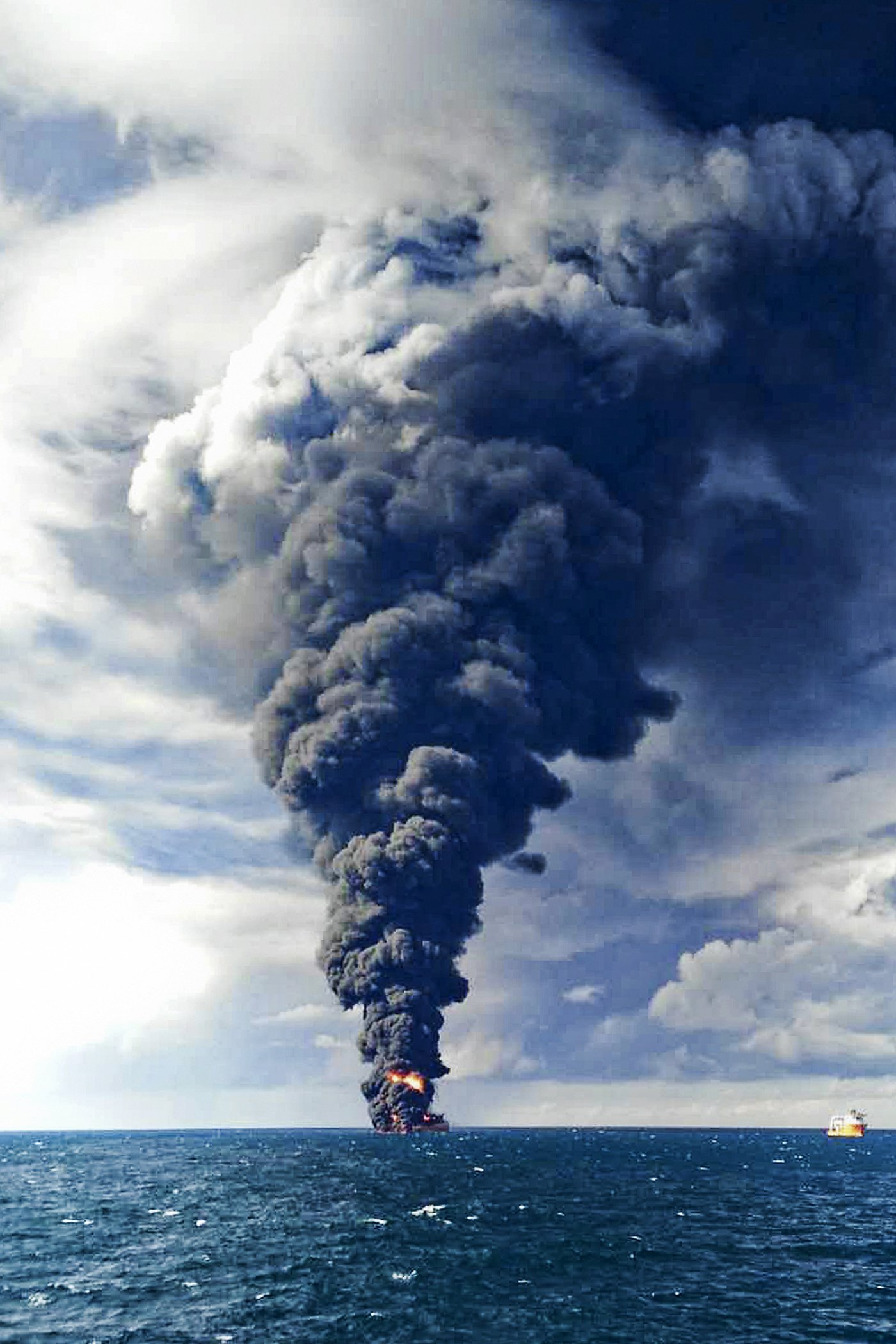 The cause of the collision is unknown but the consequences are becoming clearer with each day, according to government officials from both China and Japan who spoke with the Times.

The Chinese government is expected to conduct a reconnaissance mission to see if any of the oil can be recovered, Steiner said. They have so far delayed because the area has been too hazardous.

Since it’s unlikely that the condensate will be successfully extracted from the water, the spill could harm marine life for months and years to come, Steiner said.

The Japanese government is currently watching to see if it will encroach upon its coastline, harming marine life closer to shore.

Either way, the regional fishing industry is expected to take a hit as fish die and suffer health consequences, Steiner said.

The spill is another reminder that the environmental impacts of fossil fuels go beyond the greenhouse gas emissions causing climate change, although that’s likely their chief harm, according to experts.

All throughout the fossil fuel supply chain, harmful toxins are leaked into the environment, harming wildlife.

Massive ocean spills are the most sensational example, but minor spills happen all the time around the world. In the US, for instance, an estimated 10 to 25 million gallons of oil get unintentionally spilled each year.

Read More: The 10 Most Powerful Reactions to the Keystone Pipeline Spill

In Venezuela, the collapsing economy has corroded fossil fuel infrastructure causing a surge in oil spills.

The East China Sea spill is especially tragic because so many lives were lost.

Global Citizen campaigns against the continued extraction of fossil fuels in environmentally sensitive areas and you can take action on this issue here.