© John Moore, Getty Images
Why Global Citizens Should Care
Traumatic events unfolded all across the globe last year, and journalists were on the frontlines documenting everything from natural disasters to man-made conflicts. But they also documented the work of inspiring intiatives like South Africa's all-female anti poaching unit. These photos, the top contenders in the World Press Photo contest, convey stories of struggle and resilience by capturing the most moving tales of humanity. You can join us in taking actions on this issues and the Global Goals here.

Last year saw both triumph and tragedy — and photojournalists have documented it all. They covered some of the most powerful global events around the world, including the Lake Chad crisis in Nigeria, the migrant caravan which struggled to seek asylum in the United States, and the humanitarian crisis in Yemen.

The annual World Press Photo Contest recognizes the incredible work of these photographers who travel the world, at times putting themselves in harm's way, to capture important moments and global issues. On Wednesday, the contest announced its six nominees for "Photo of the Year."

The contest is one of the most prestigious in the world and highlights impeccable visual journalism produced in 2018. Now in its 62nd year, the contest saw 4,738 photographers from 129 countries submit 78,801 images.

"As the need for images and stories we can trust has never been greater, we are proud to recognize these visual journalists and digital storytellers," Lars Boering, the managing director of the World Press Photo Foundation, said in a press statement.

The nominated photos highlight the most important news events that unfolded in 2018, from the backlash following journalist Jamal Khashoggi's disappearance to the separation of migrant families at the US-Mexico border to the water crisis in South Africa.

This year, the organization has also introduced a major new award: the World Press Photo Story of the Year. The honor will be awarded to the photographer "whose visual creativity and skills produced a story with excellent editing and sequencing."

These are some of the most powerful photos nominated by the World Press Photo Foundation nominees this year. They highlight some of the most devastating events of 2018 in the visually compelling ways, and emphasize the need to take action on these issues.

Nominees for the World Press Photo of the Year:

Crying Girl on the Border 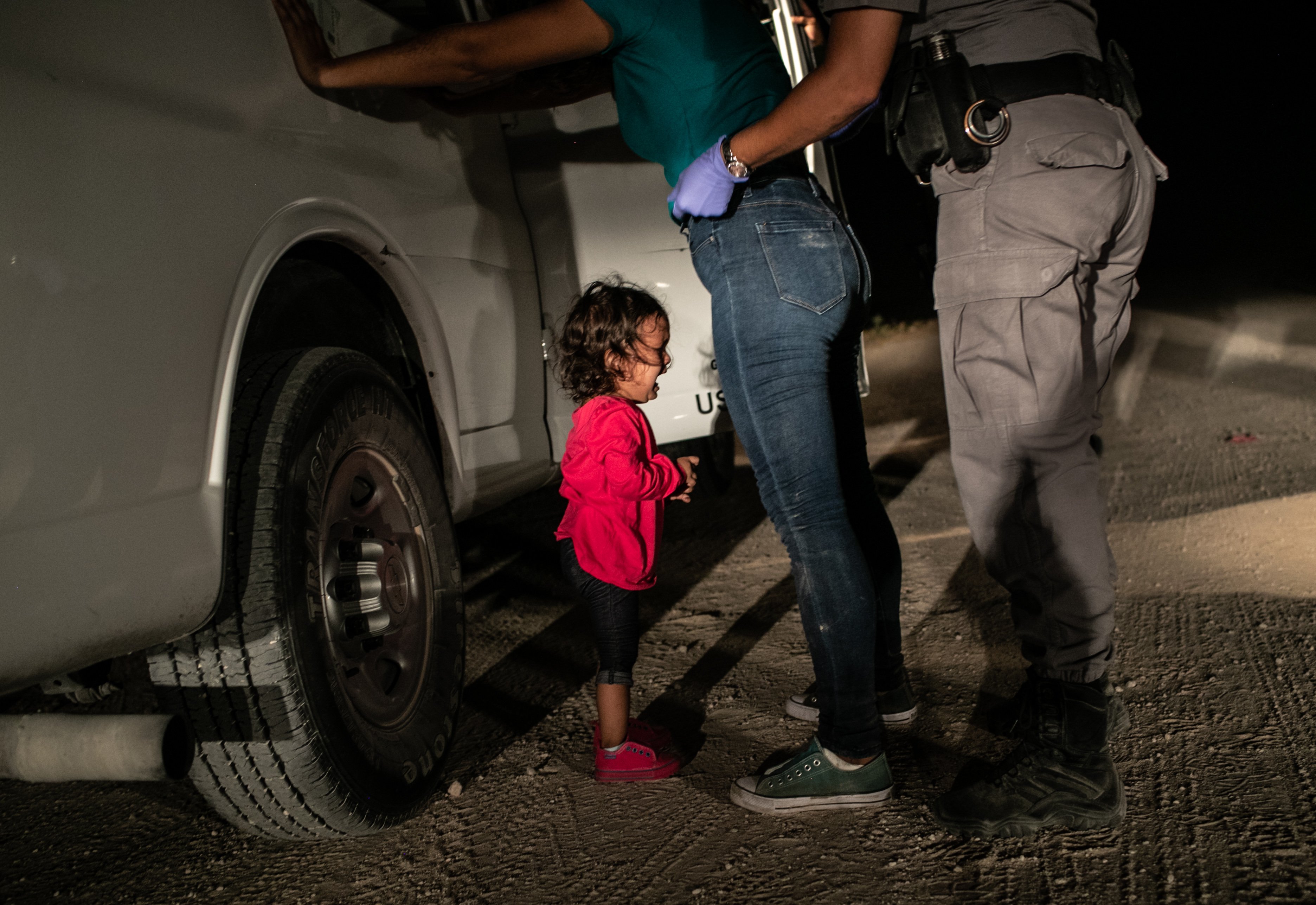 Honduran toddler Yanela Sanchez cries as she and her mother, Sandra Sanchez, are taken into custody by US border officials in McAllen, Texas, USA, on June 12.
Image: © John Moore, Getty Images

Akashinga - the Brave Ones 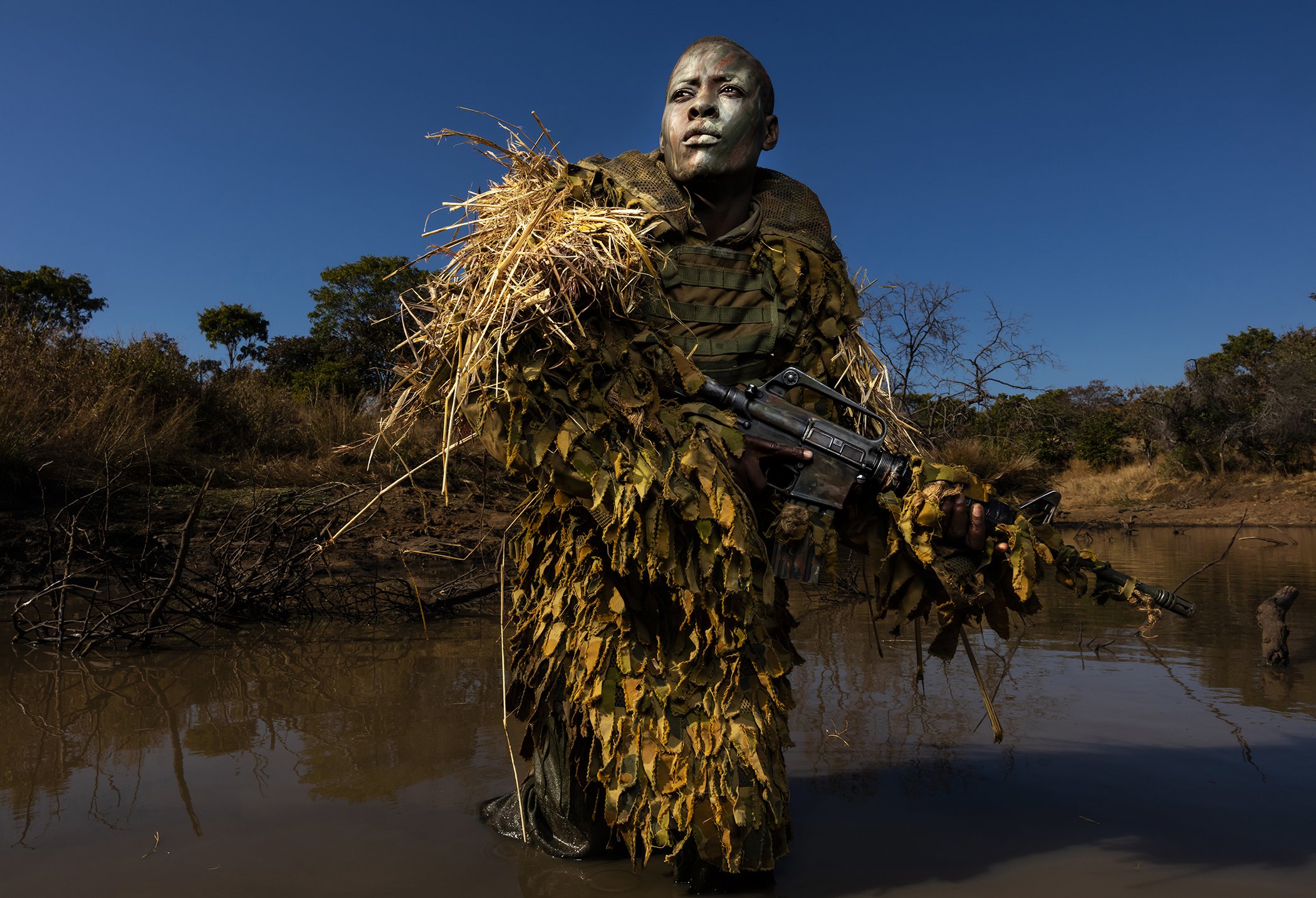 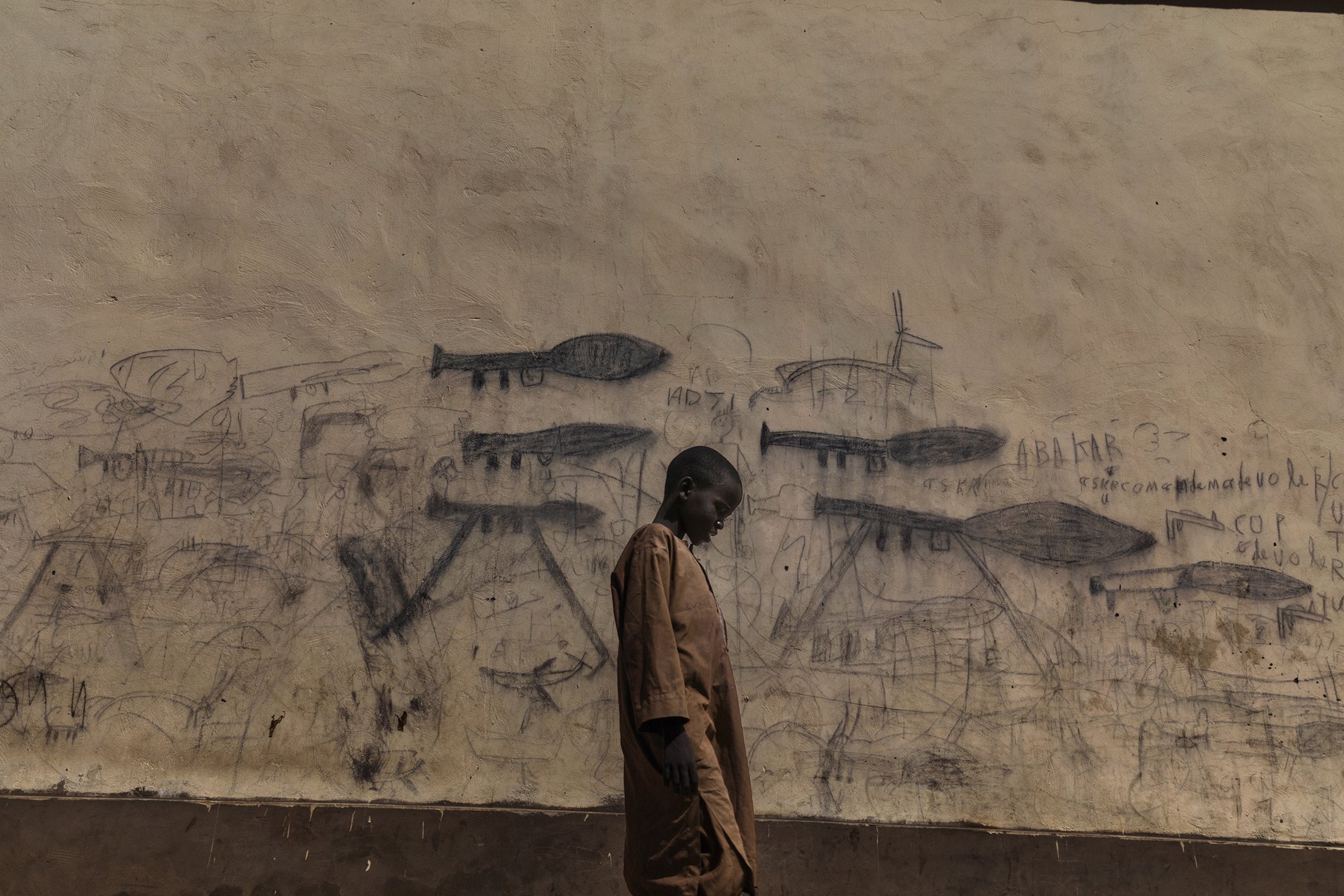 An orphaned boy walks past a wall with drawings depicting rocket-propelled grenade launchers, in Bol, Chad. A humanitarian crisis is underway in the Chad Basin, caused by a complex combination of political conflict and environmental factors.
Image: © Marco Gualazzini, Contrasto

Being Pregnant After FARC Child-Bearing Ban 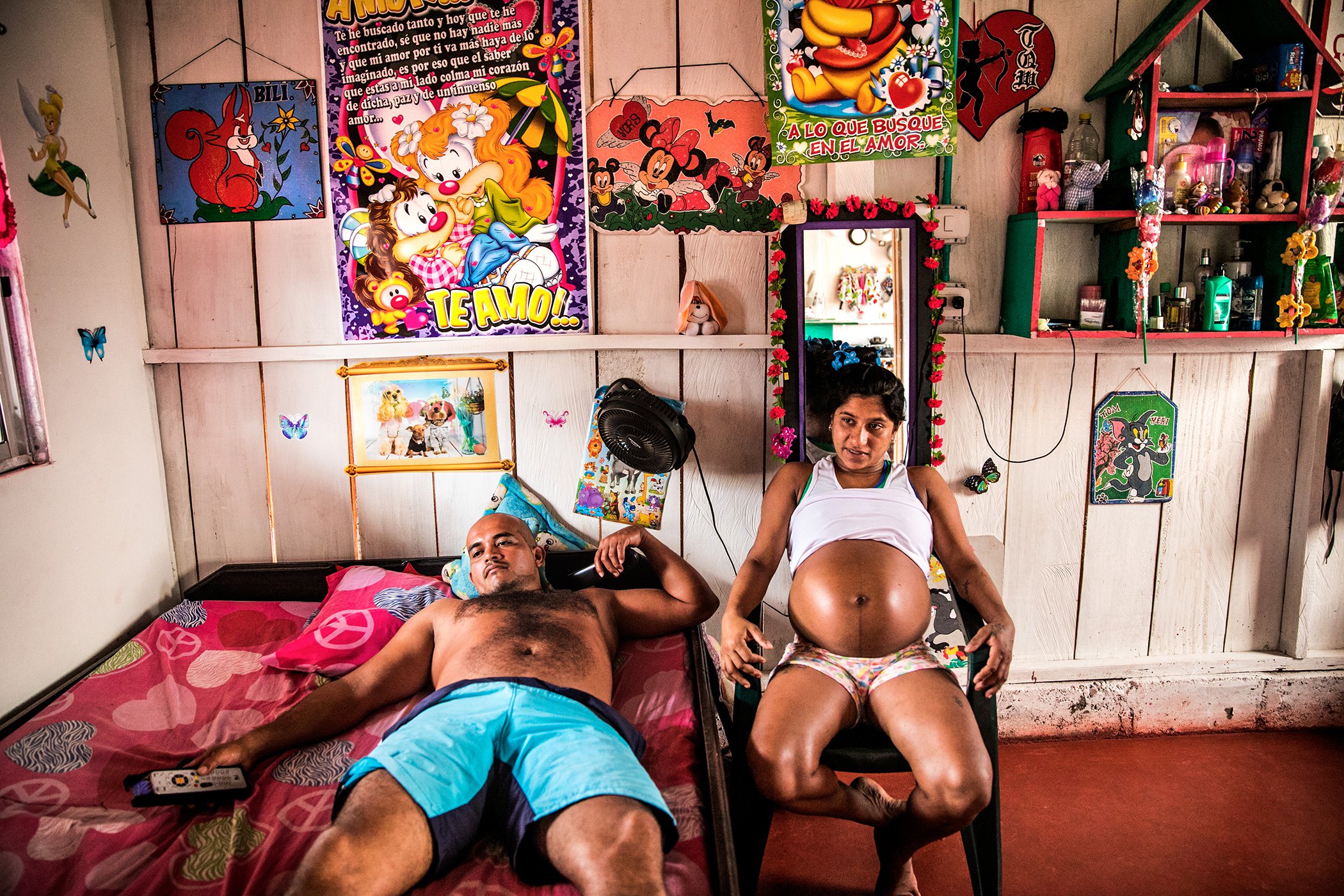 Yorladis is pregnant for the sixth time, after five other pregnancies were terminated during her FARC years. She says she managed to hide the fifth pregnancy from her commander until the sixth month by wearing loose clothes.
Image: © Catalina Martin-Chico, Panos

The Disappearance of Jamal Kashoggi 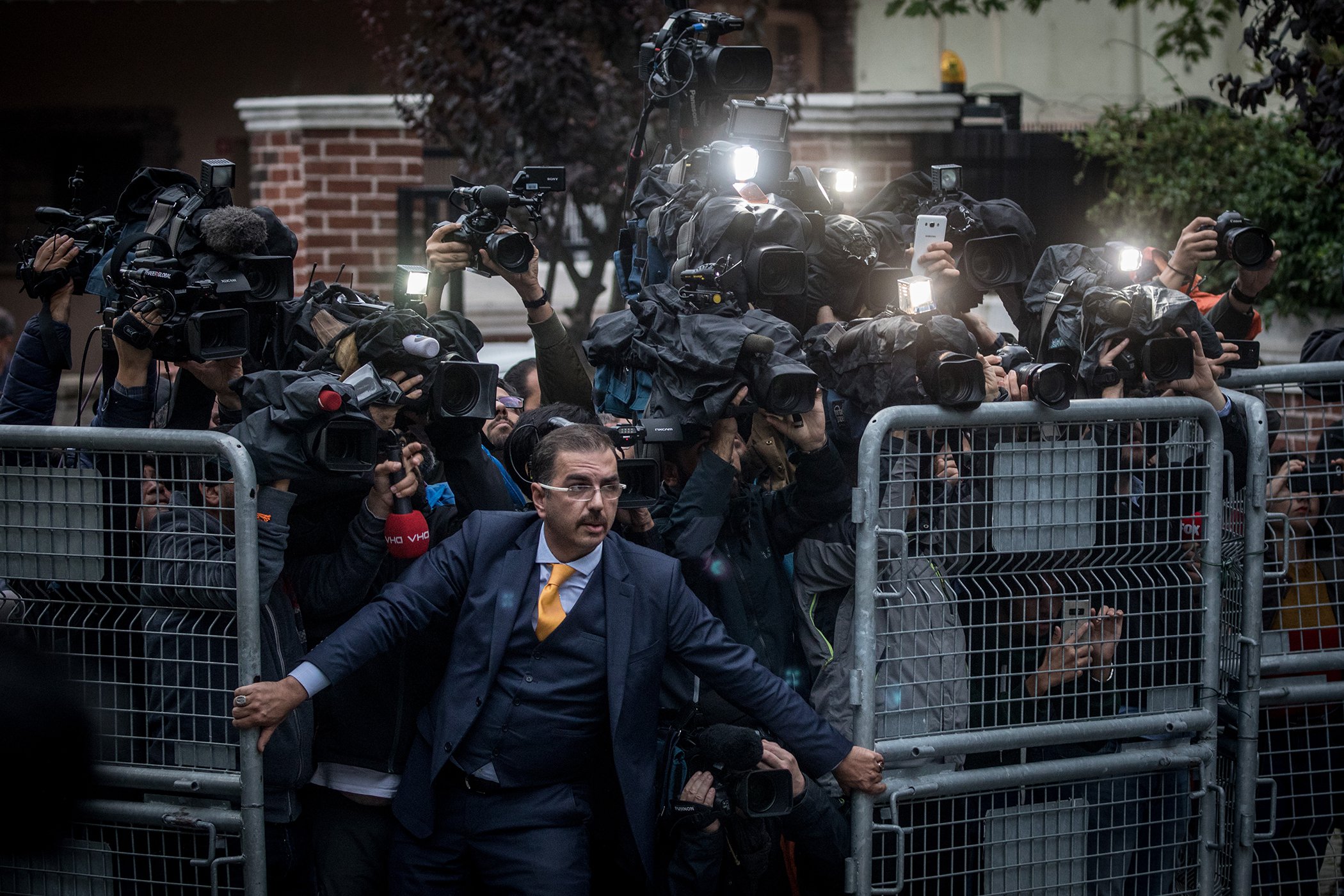 An unidentified man tries to hold back the press on October 15, as Saudi investigators arrive at the Saudi Arabian Consulate in Istanbul, Turkey, amid a growing international backlash to the disappearance of journalist Jamal Khashoggi.
Image: © Chris McGrath, Getty Images 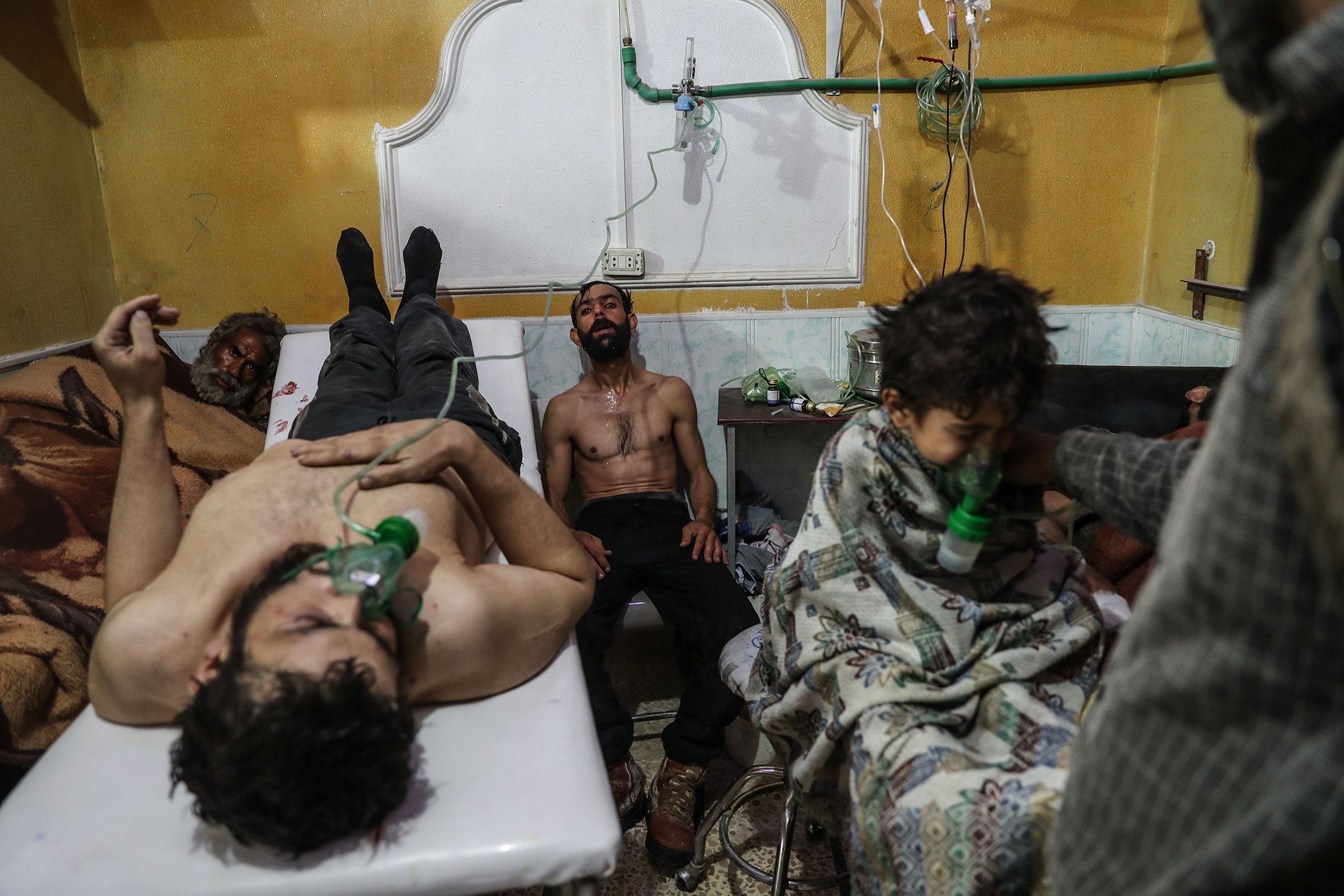 Nominees for the World Press Photo Story of the Year:

A humanitarian crisis is underway in the Chad Basin, caused by a complex combination of political conflict and environmental factors. Lake Chad—once one of Africa’s largest lakes and a lifeline to 40 million people—is experiencing massive desertification. As a result of unplanned irrigation, extended drought, deforestation and resource mismanagement, the size of the lake has decreased by 90 percent over the past 60 years. Traditional livelihoods such as fishing have withered, and water shortages are causing conflict between farmers and cattle herders. Jihadist group Boko Haram, which is active in the area, both benefits from the hardship and widespread hunger and contributes to it. The group uses local villages as a recruiting ground, and the protracted conflict has uprooted 2.5 million people, exacerbating food insecurity. 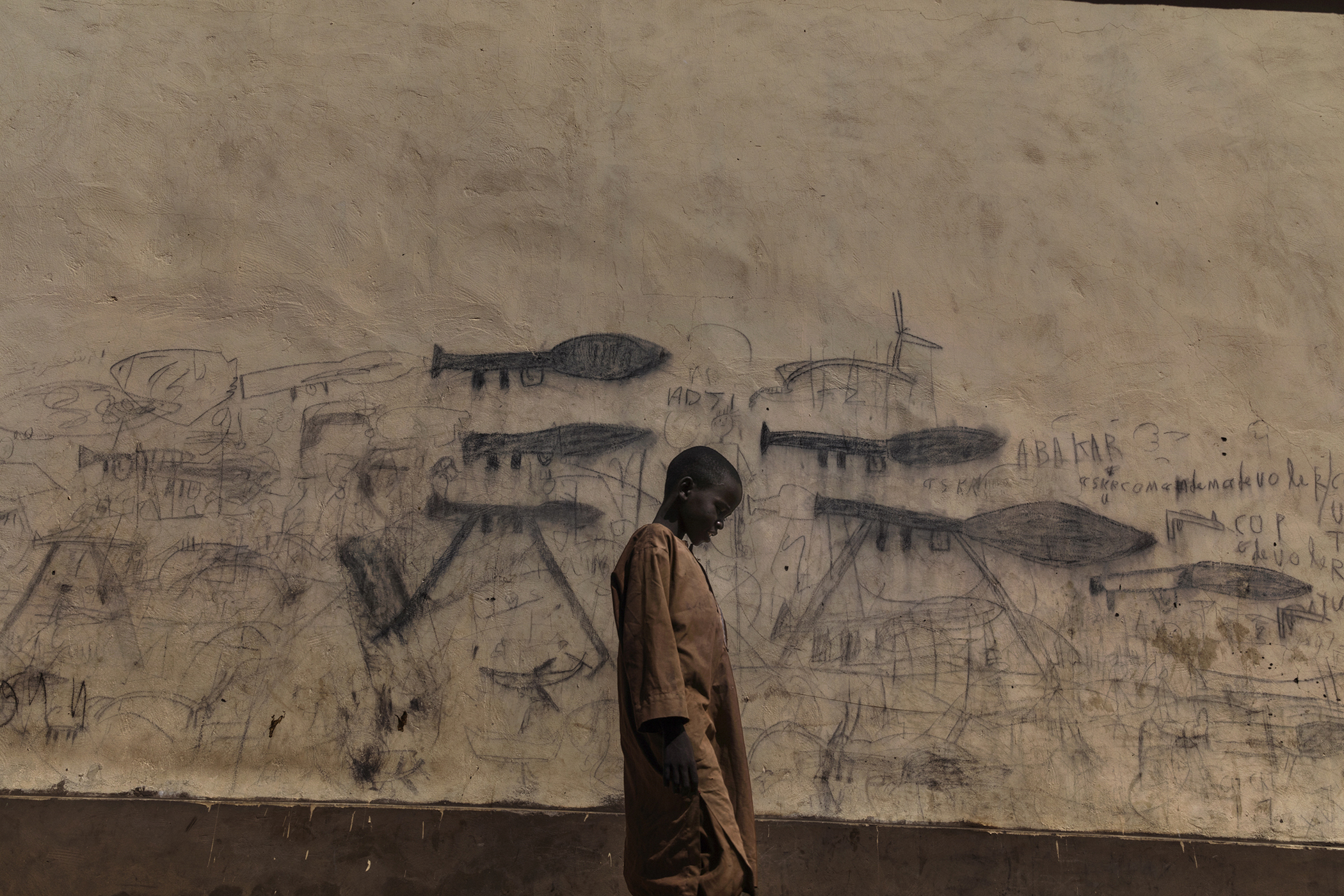 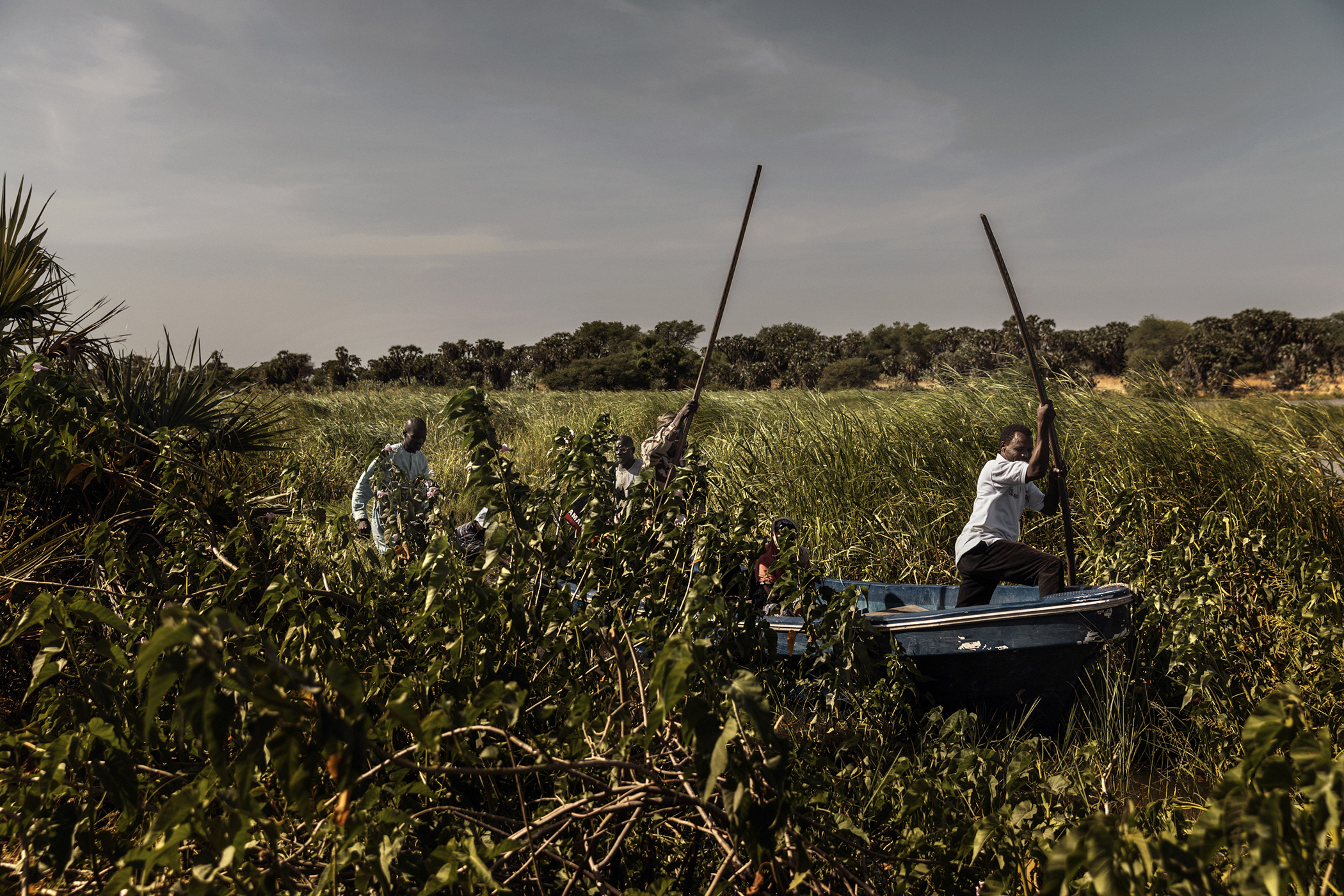 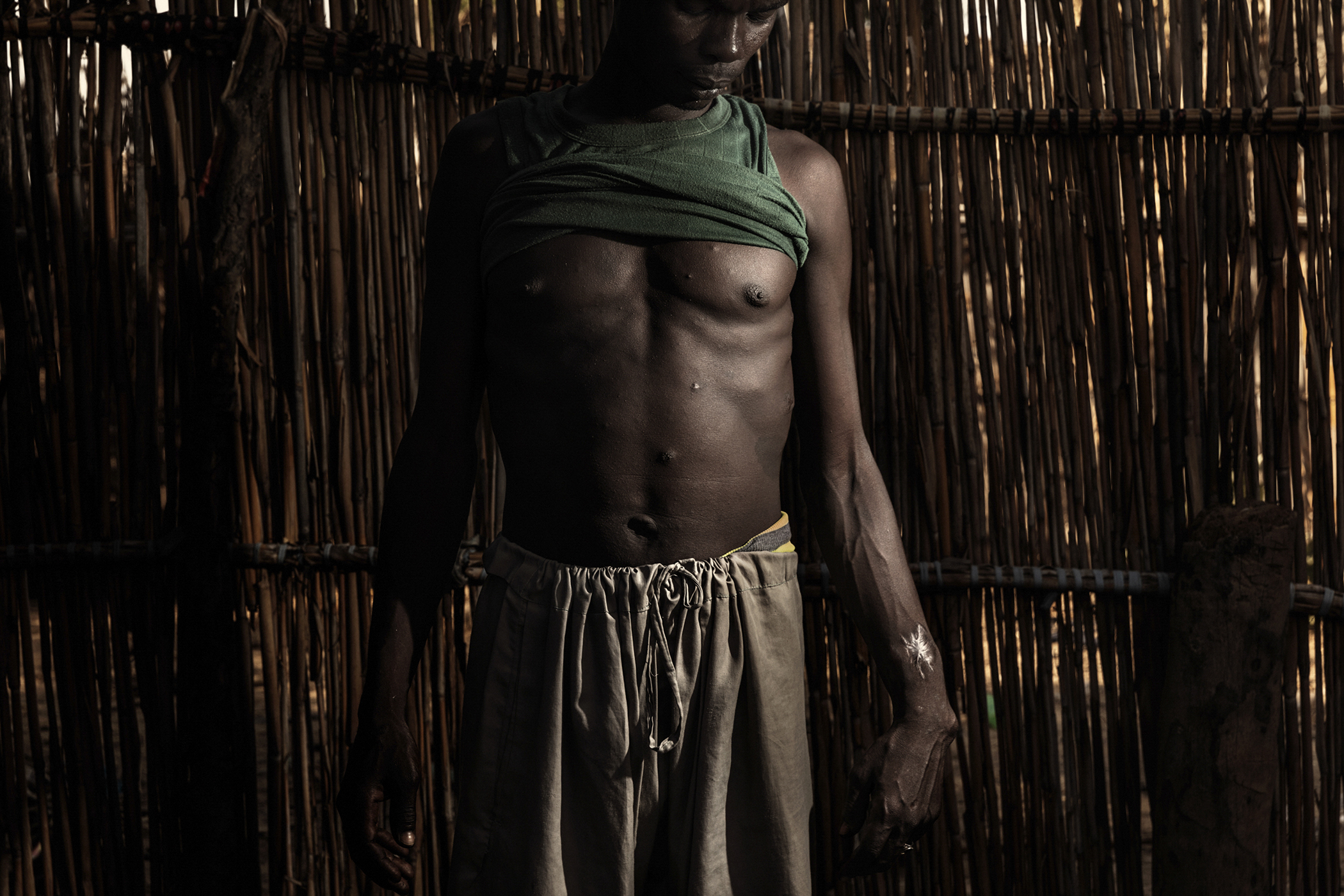 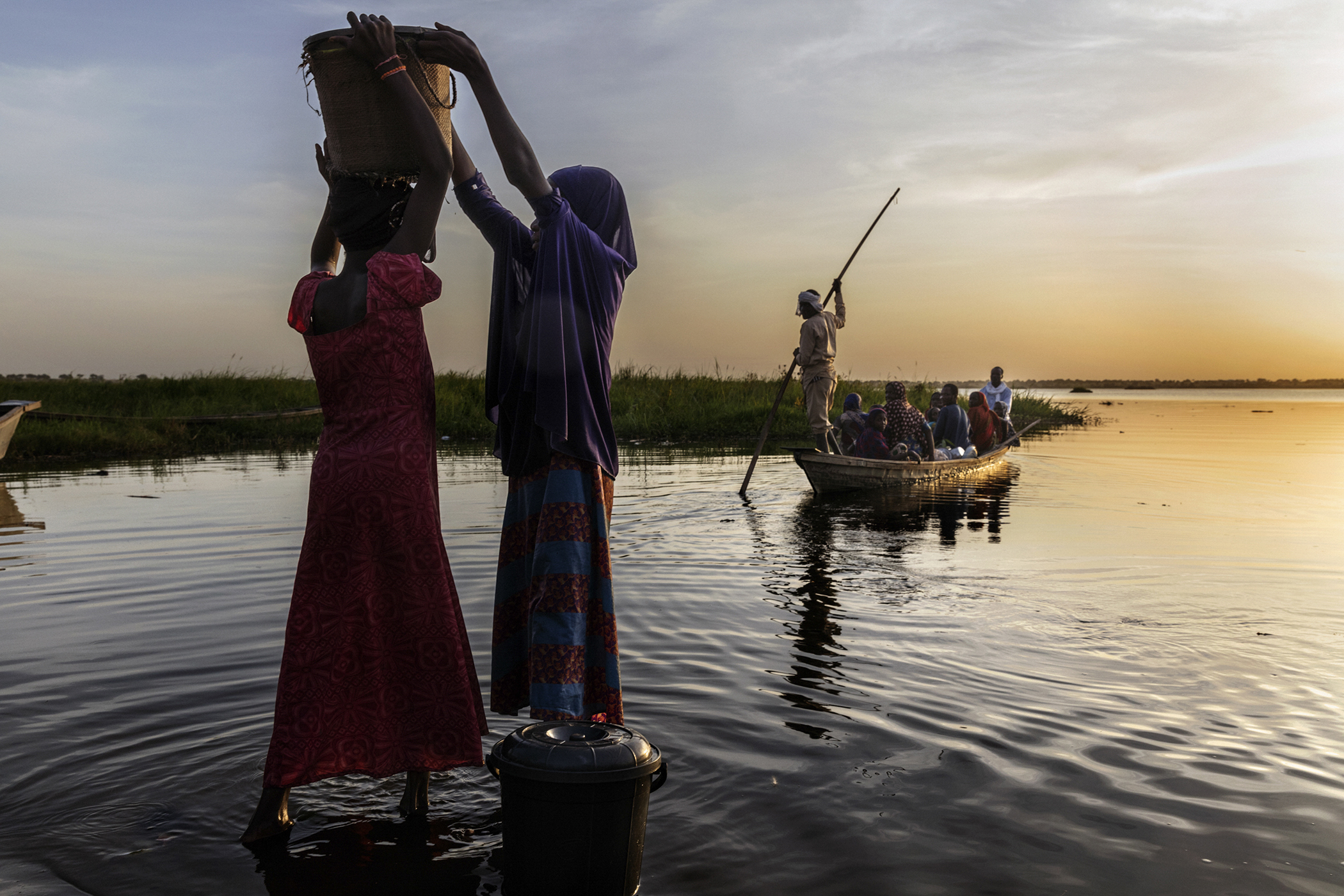 During October and November 2018, thousands of Central American migrants joined a caravan heading to the United States border. The caravan, assembled through a grassroots social media campaign, left San Pedro Sula, Honduras, on 12 October 2018, and as word spread drew people from Nicaragua, El Salvador and Guatemala. They were a mix of those facing political repression and violence, and those fleeing harsh economic conditions in the hope of a better life. Traveling in a caravan offered a degree of safety on a route where migrants have previously disappeared or been kidnapped, and was an alternative to paying high rates to people smugglers. Migrant caravans travel to the US border at different times each year, but this was the largest in recent memory with as many as 7,000 travelers, including at least 2,300 children, according to UN agencies.

The Migrant Caravan
People run to a truck that has stopped to give them a ride, outside Tapanatepec, Mexico, on Oct. 30, 2018. Some drivers charged to give travelers a lift for part of the way, but most offered services free as a sign of support.
© Pieter Ten Hoopen, Agence Vu/Civilian Act 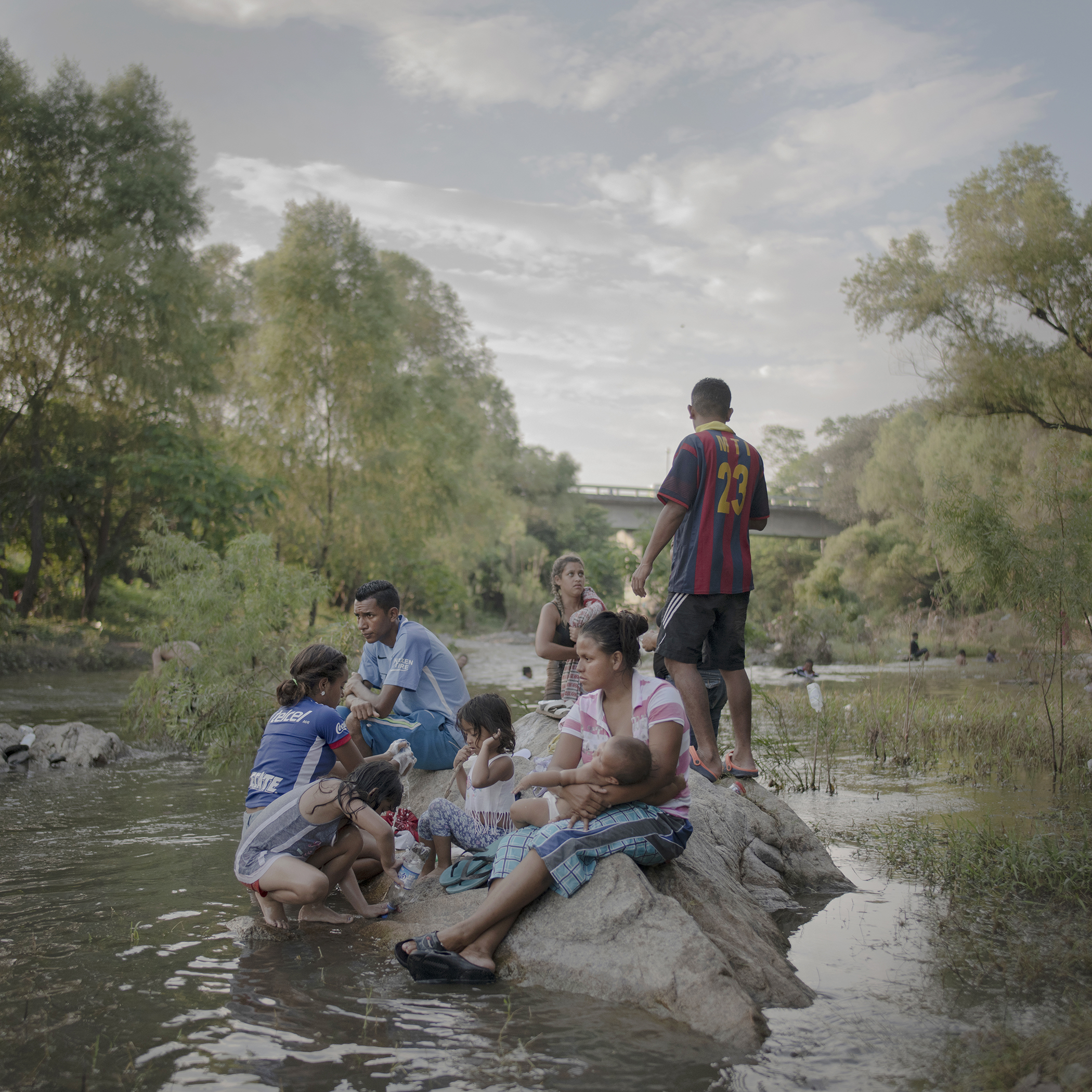 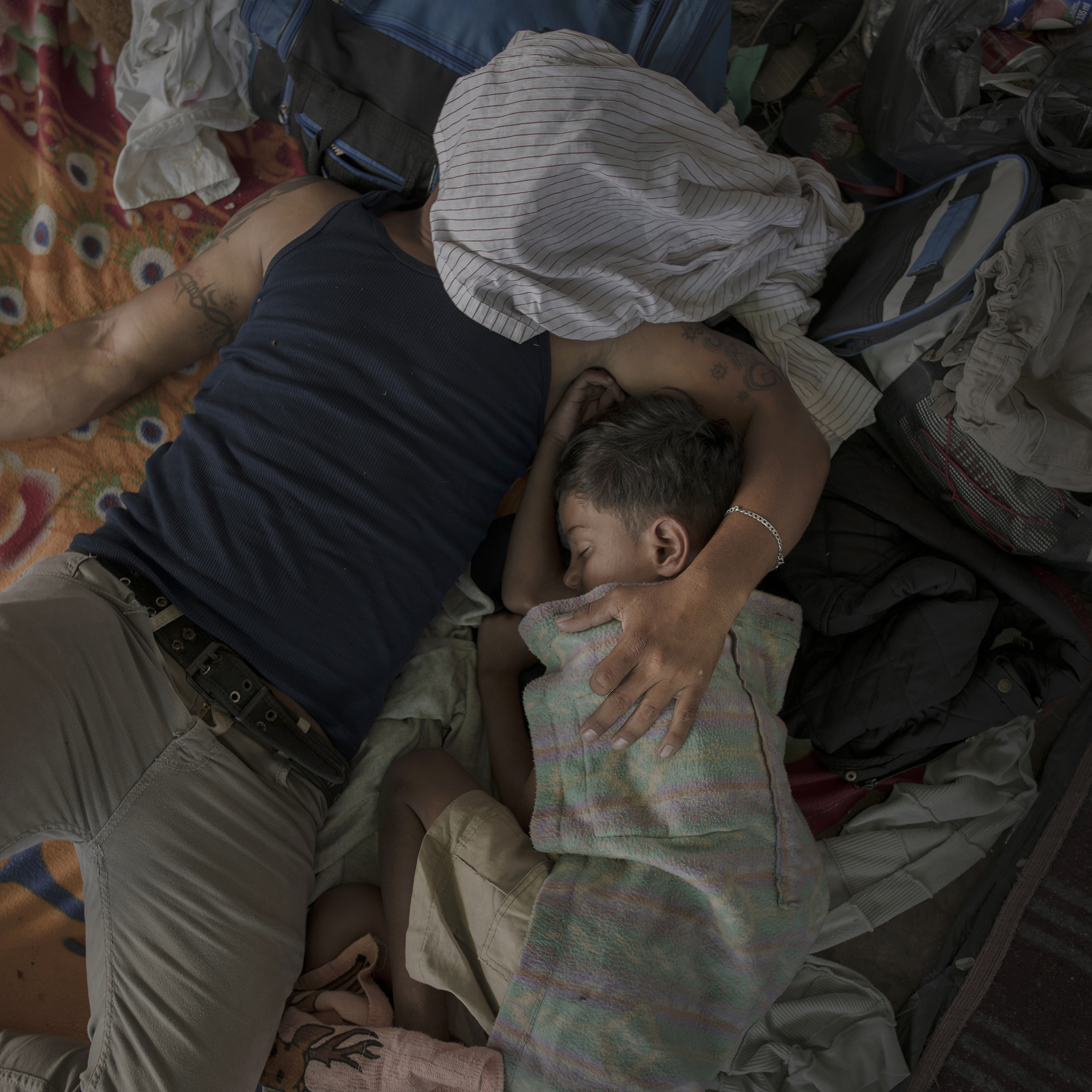 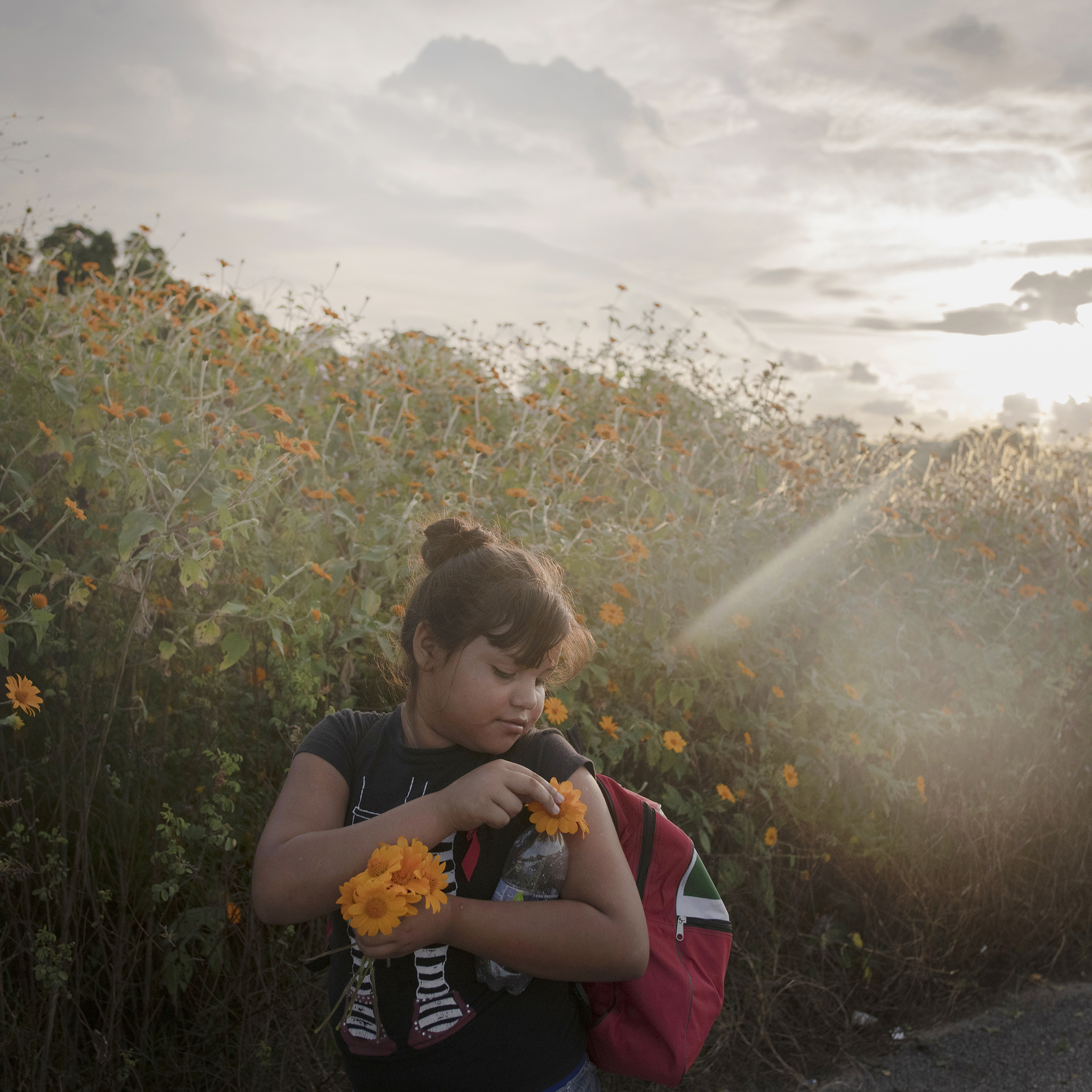 The Migrant Caravan
A girl picks flowers during the day’s walk from Tapanatepec to Niltepec, a distance of 50 km.
© Pieter Ten Hoopen, Agence Vu/Civilian Act

After nearly four years of conflict in Yemen, at least 8.4 million people are at risk of starvation and 22 million people—75% of the population—are in need of humanitarian assistance, according to the UN. In 2014, Houthi Shia Muslim rebels seized northern areas of the country, forcing the president, Abdrabbuh Mansour Hadi, into exile. The conflict spread, and escalated when Saudi Arabia, in coalition with eight other mostly Sunni Arab states, began air strikes against the Houthis. By 2018, the war had led to what the UN termed the world’s worst man-made humanitarian disaster. 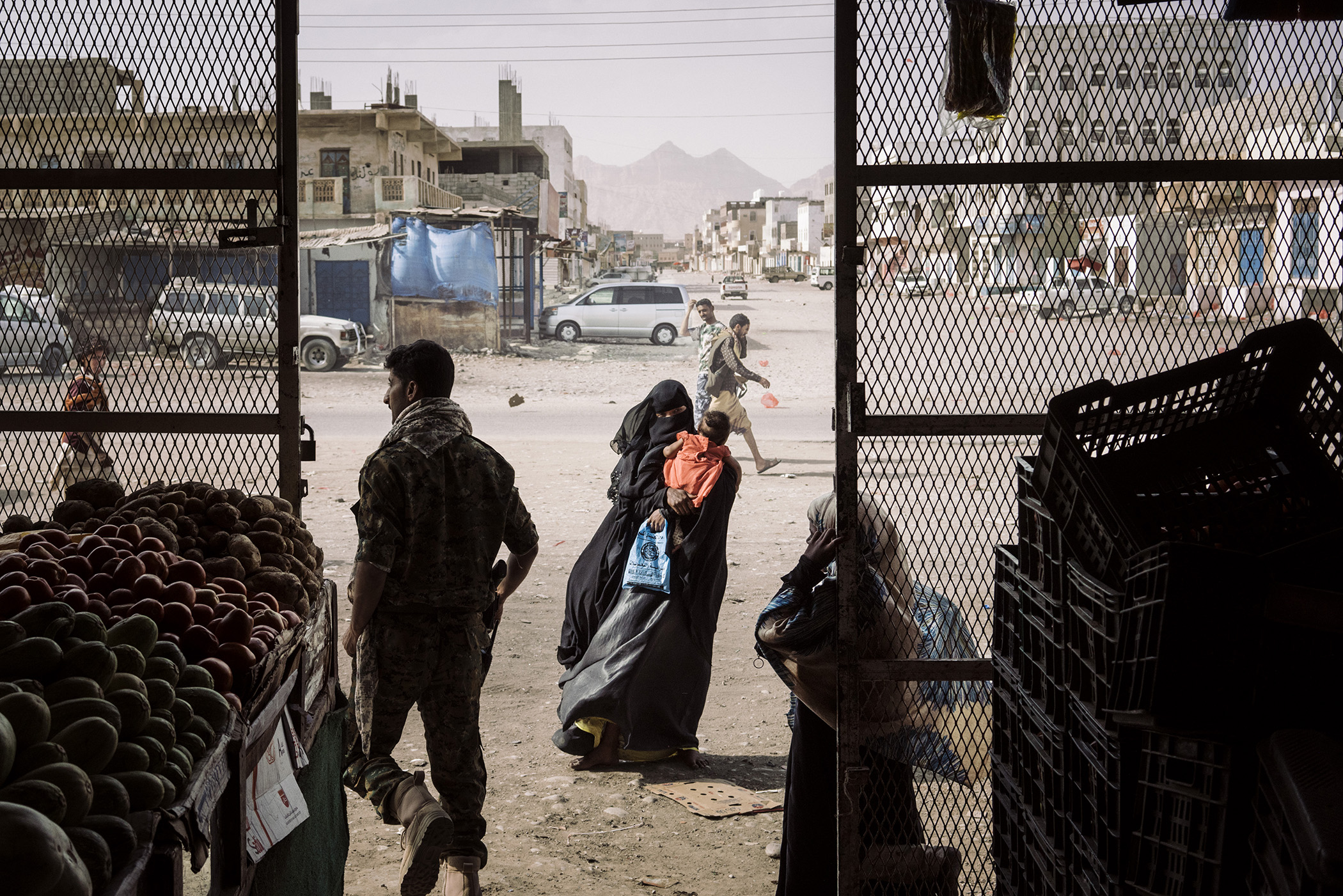 Yemen Crisis
A woman begs outside a grocery store in Azzan, a pivotal southern crossroads town that had seesawed back and forth between government and insurgent forces, on May 22.
© Lorenzo Tugnoli, Contrasto, for The Washington Post 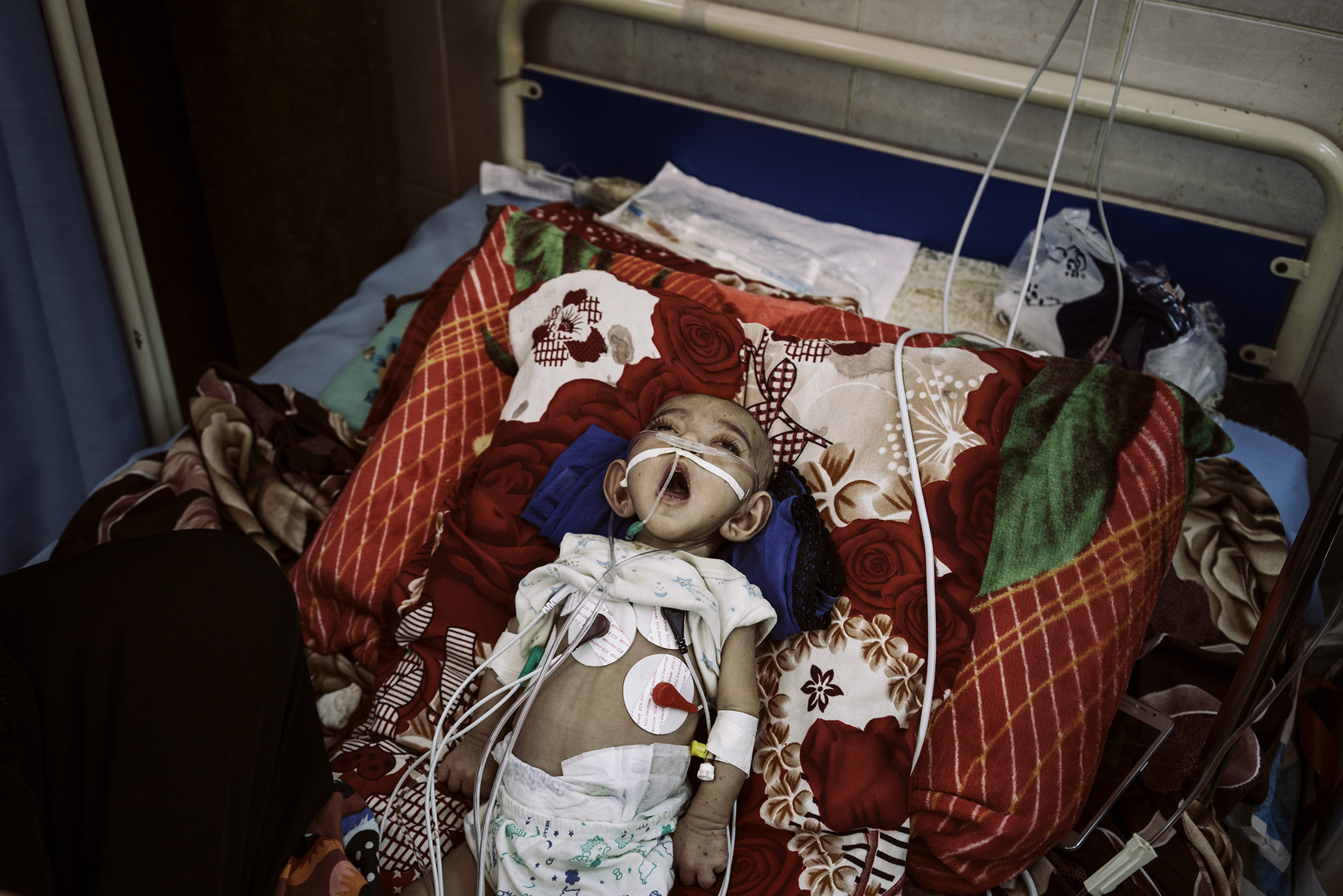 Yemen Crisis
Taif Fares gasps for air in the intensive-care unit at al-Sadaqa hospital, Aden, on May 21. She had a heart disorder and required constant care. Supplies of oxygen and medicine to the hospital had been discontinued, and, on 14 May, a violent confrontation between a member of the militia controlling the hospital and a doctor had led to doctors going on strike. Taif died a few days after the photograph was taken.
© Lorenzo Tugnoli, Contrasto, for The Washington Post 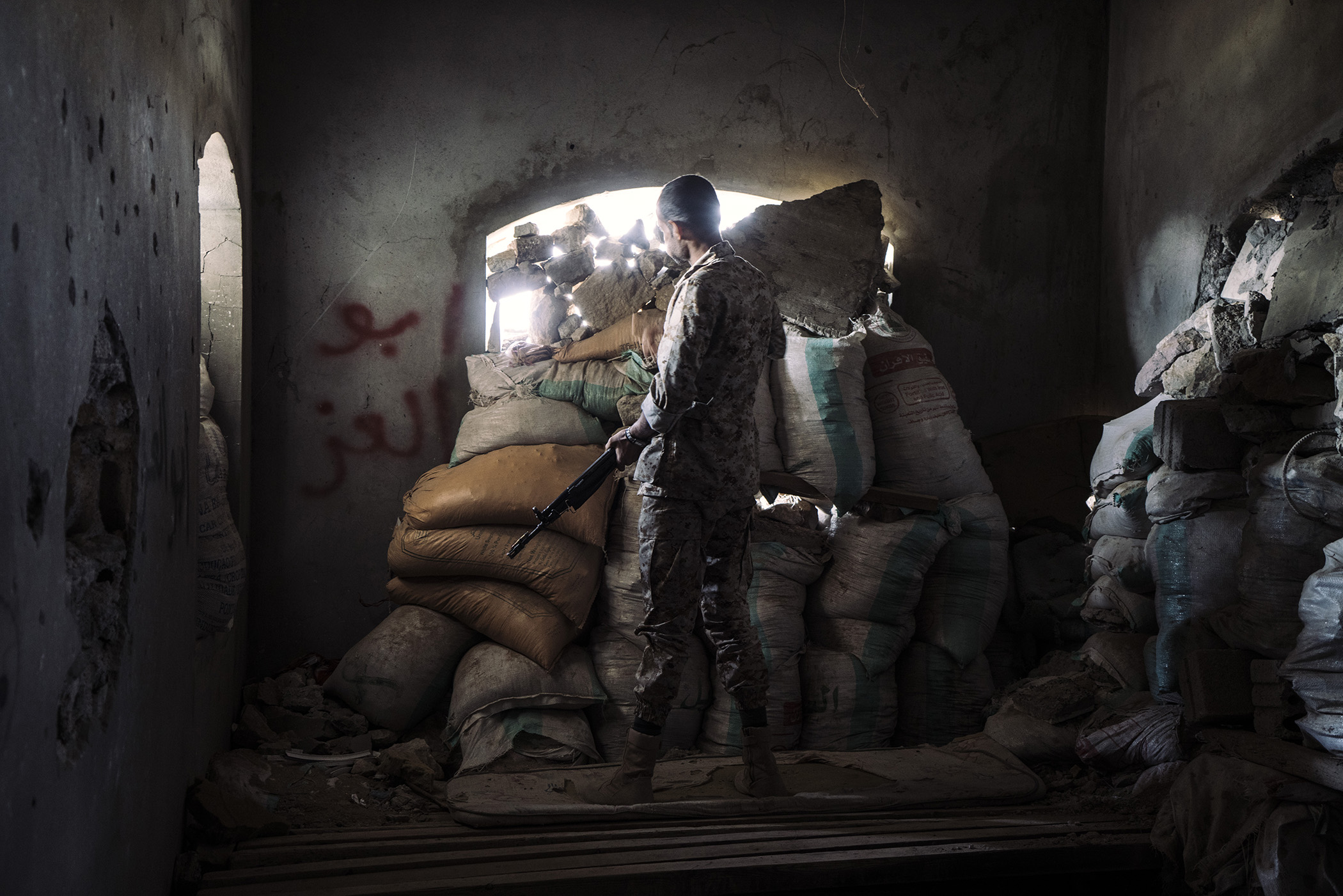 Yemen Crisis
A militiaman stands in a frontline position outside the besieged city of Taiz, on November 26. Aid and supplies could be delivered to the city only along a road under control of the Saudi coalition.
© Lorenzo Tugnoli, Contrasto, for The Washington Post 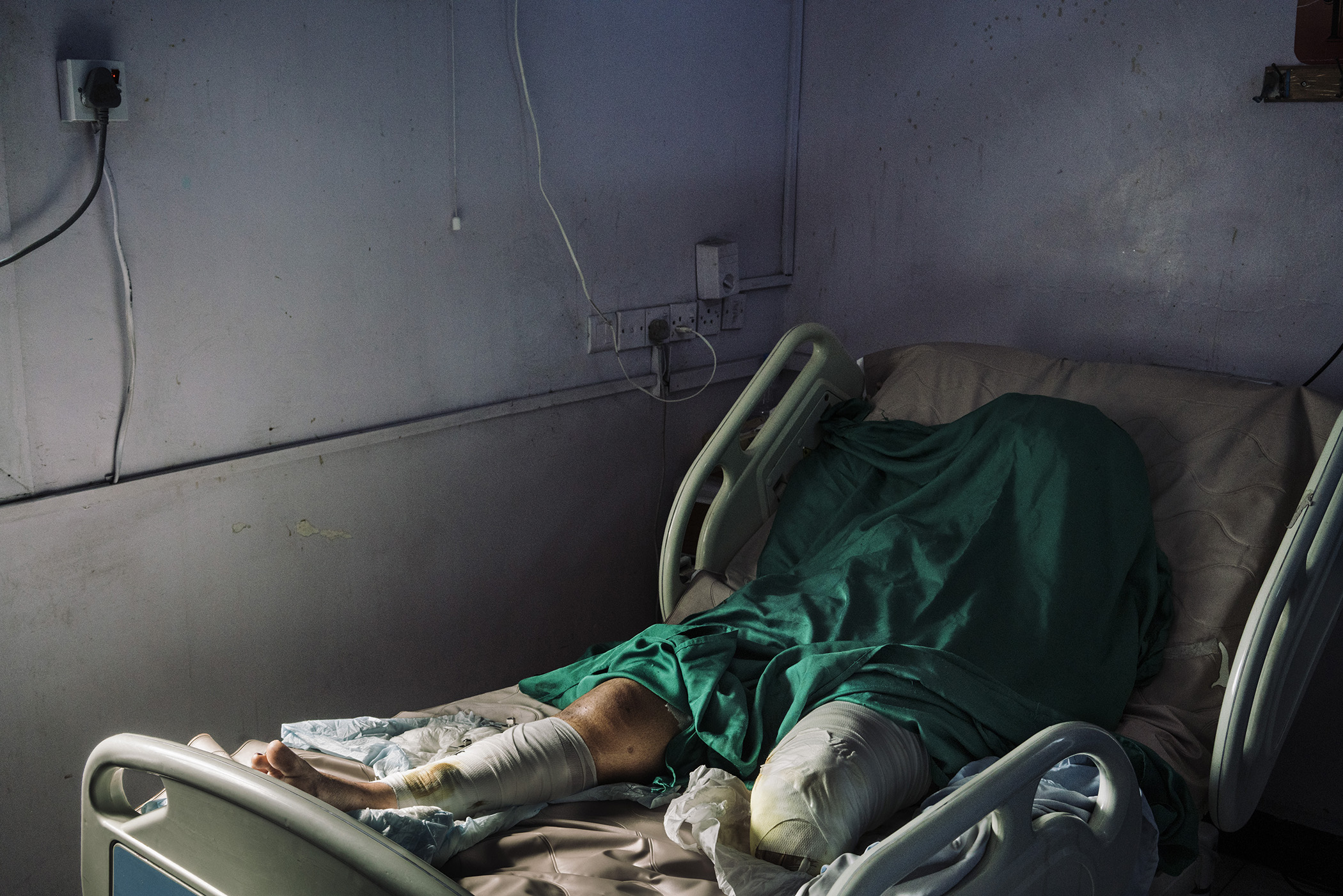 Yemen Crisis
Wafa Ahmed Hathim (25) lost her left leg when a mortar landed on her house in the strategically important Red Sea port of Hudaydah on December 8—at a time when long-negotiated peace talks were taking place in Sweden.
© Lorenzo Tugnoli, Contrasto, for The Washington Post 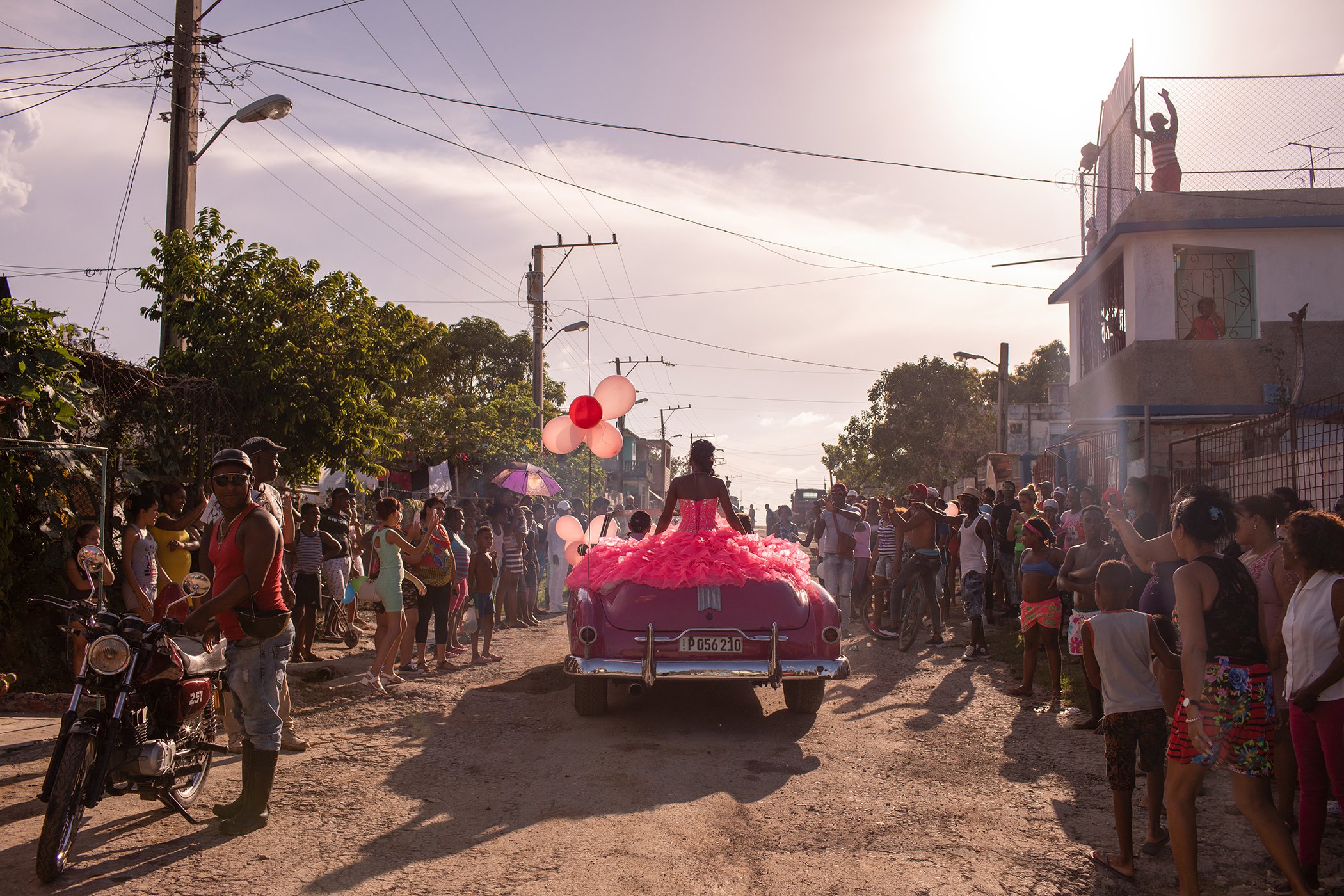 The Cubanitas: Pura rides around her neighborhood in a pink 1950s convertible, as the community gathers to celebrate her fifteenth birthday, in Havana, Cuba. Nominated in the Contemporary Issues Singles category.
Image: © Diana Markosian, Magnum Photos 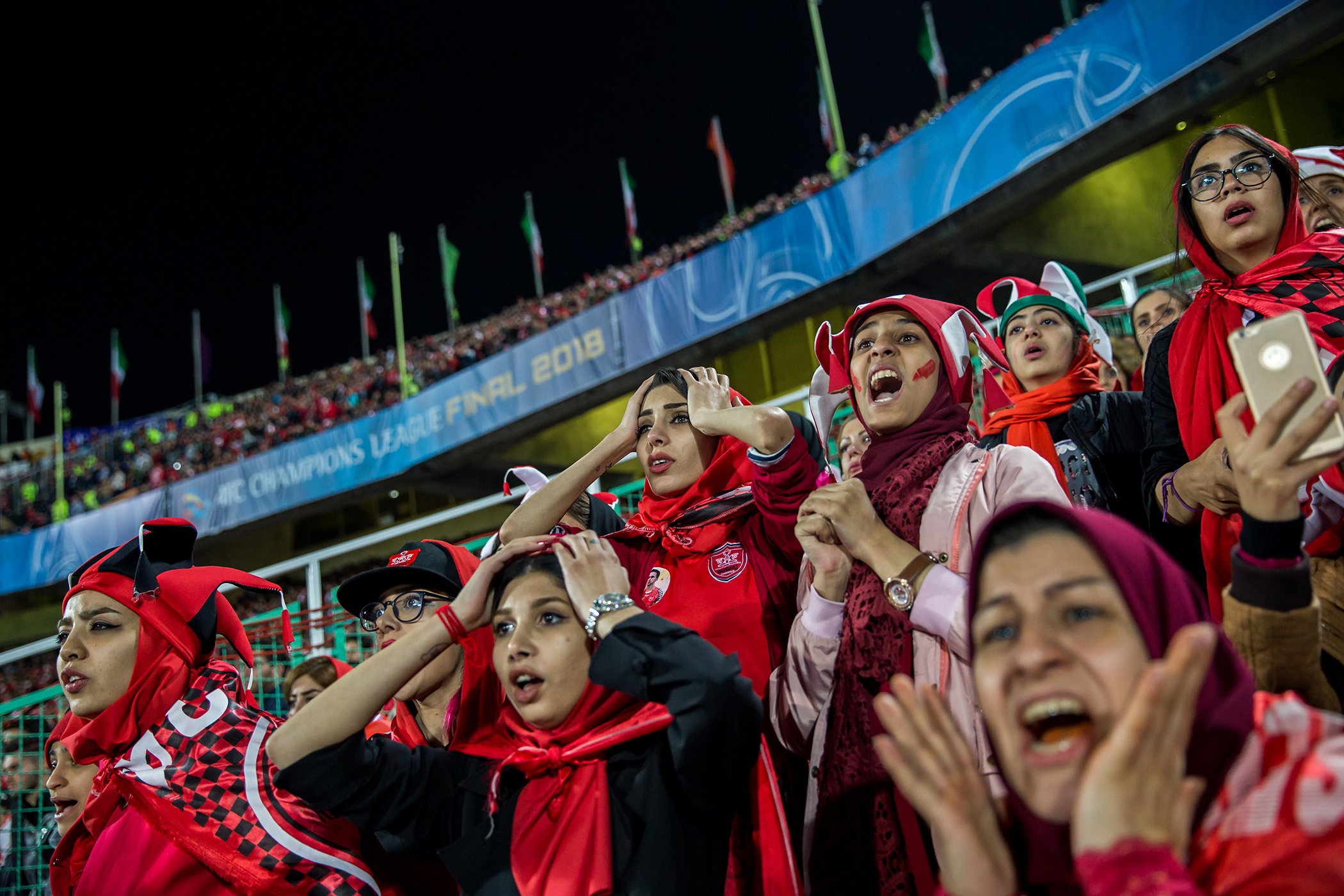 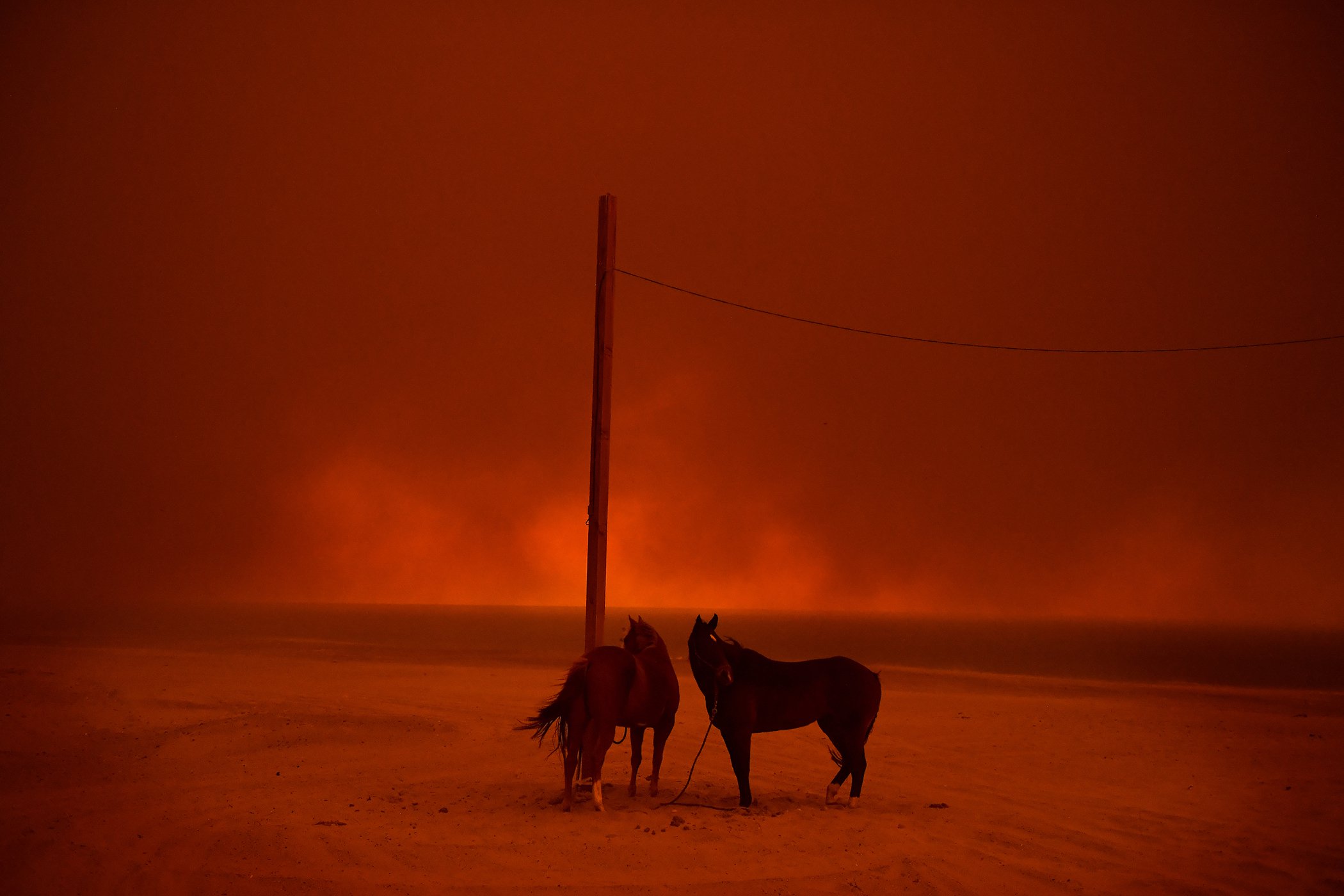 Evacuated: Evacuated horses stand tied to a pole, as smoke from a wildfire billows above them, on Zuma Beach, in Malibu, California, USA, on November 10. Nominated in the Environmental Singles category.
Image: © Wally Skalij, Los Angeles Times 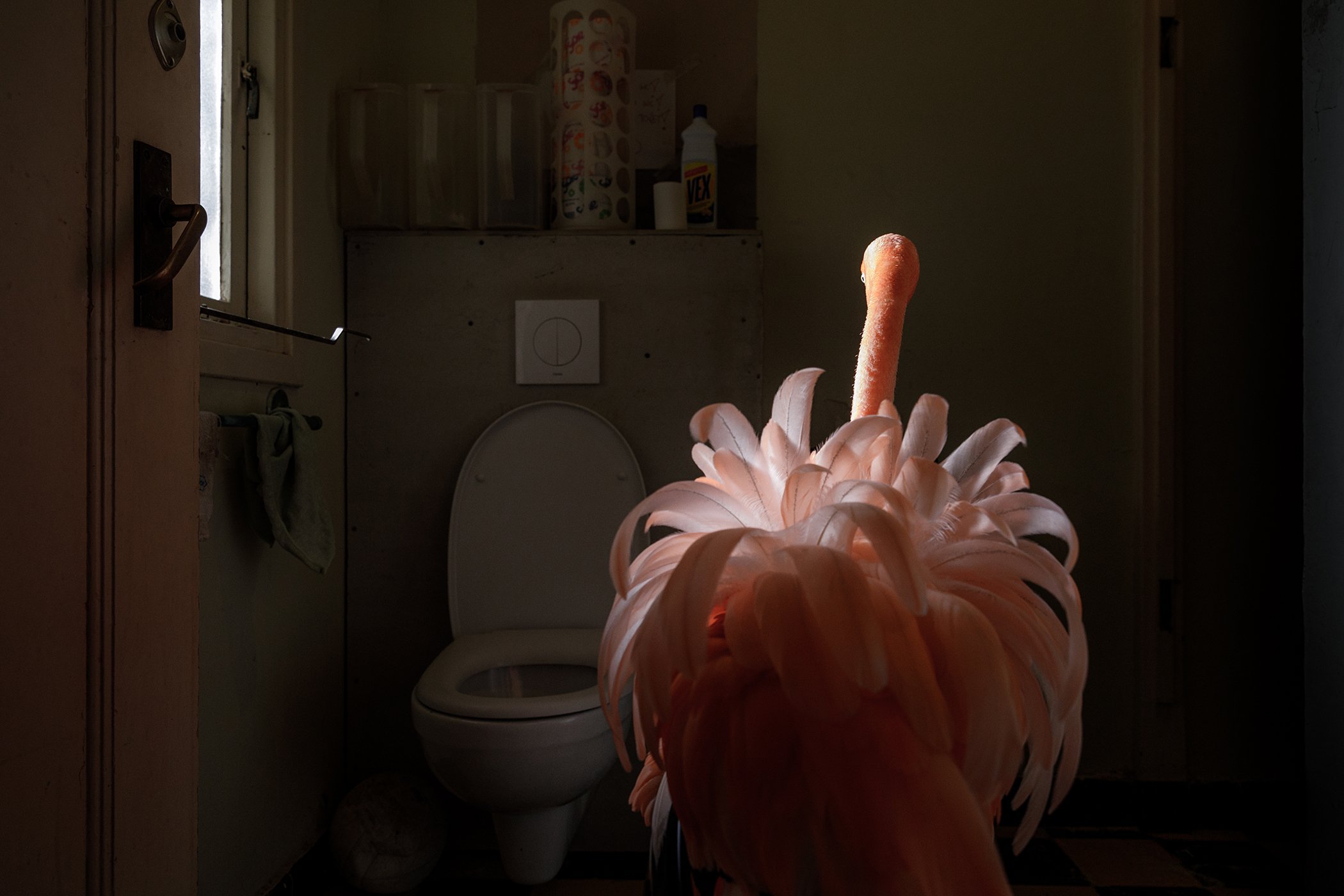 Meet Bob: Bob, a rescued Caribbean flamingo, lives among humans on the Dutch island of Curaçao. Bob was badly injured when he flew into a window, and was cared for by Odette Doest who runs a wildlife rehabilitation center. Nominated in the Nature Stories.
Image: © Jasper Doest 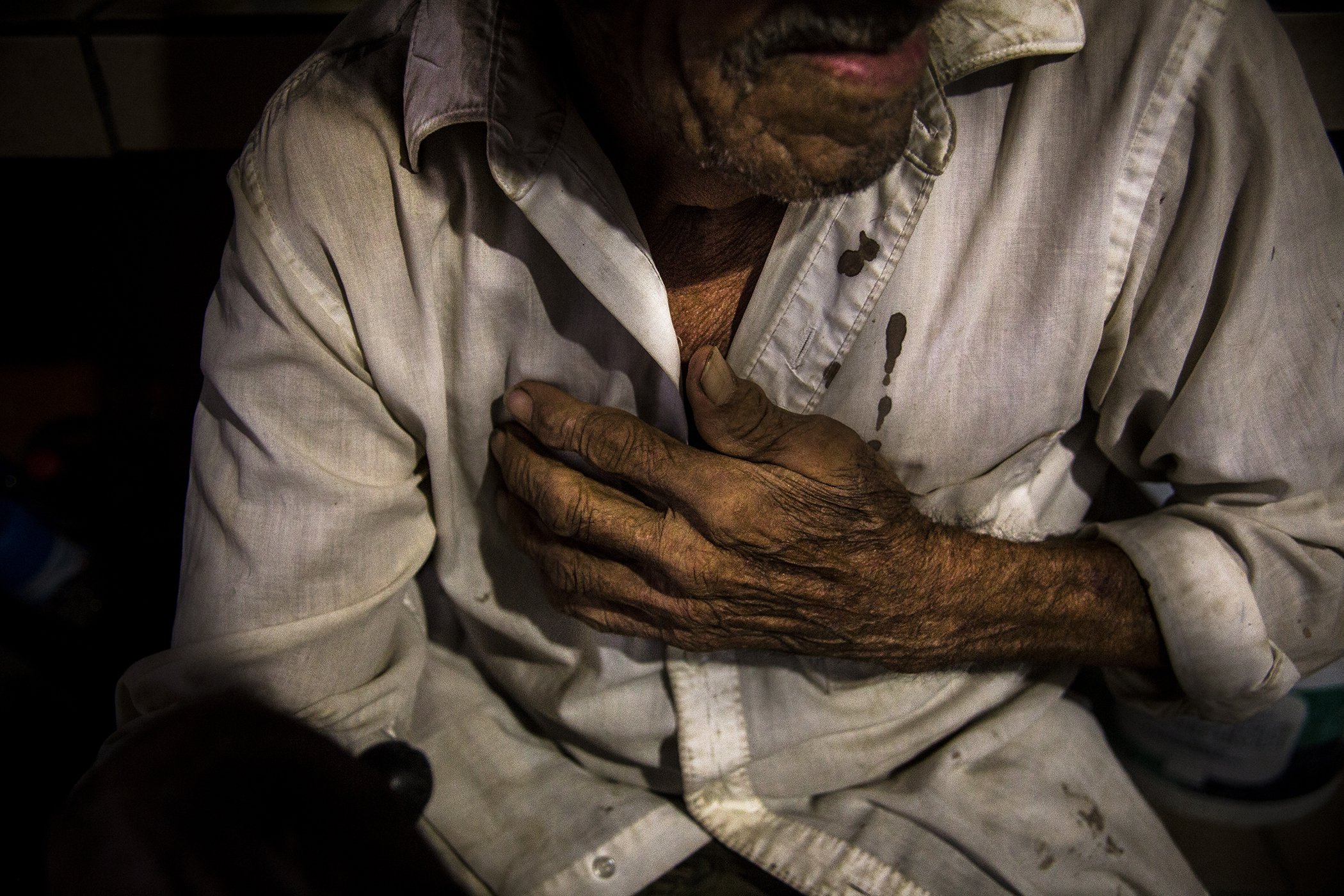 The House That Bleeds: Yael Martínez documents the psychological and emotional fracture of the families of missing people in Mexico, to give a personal account of the despair and sense of absence that accrues over time. Nominated in the Long-term Projects
Image: © Yael Martínez 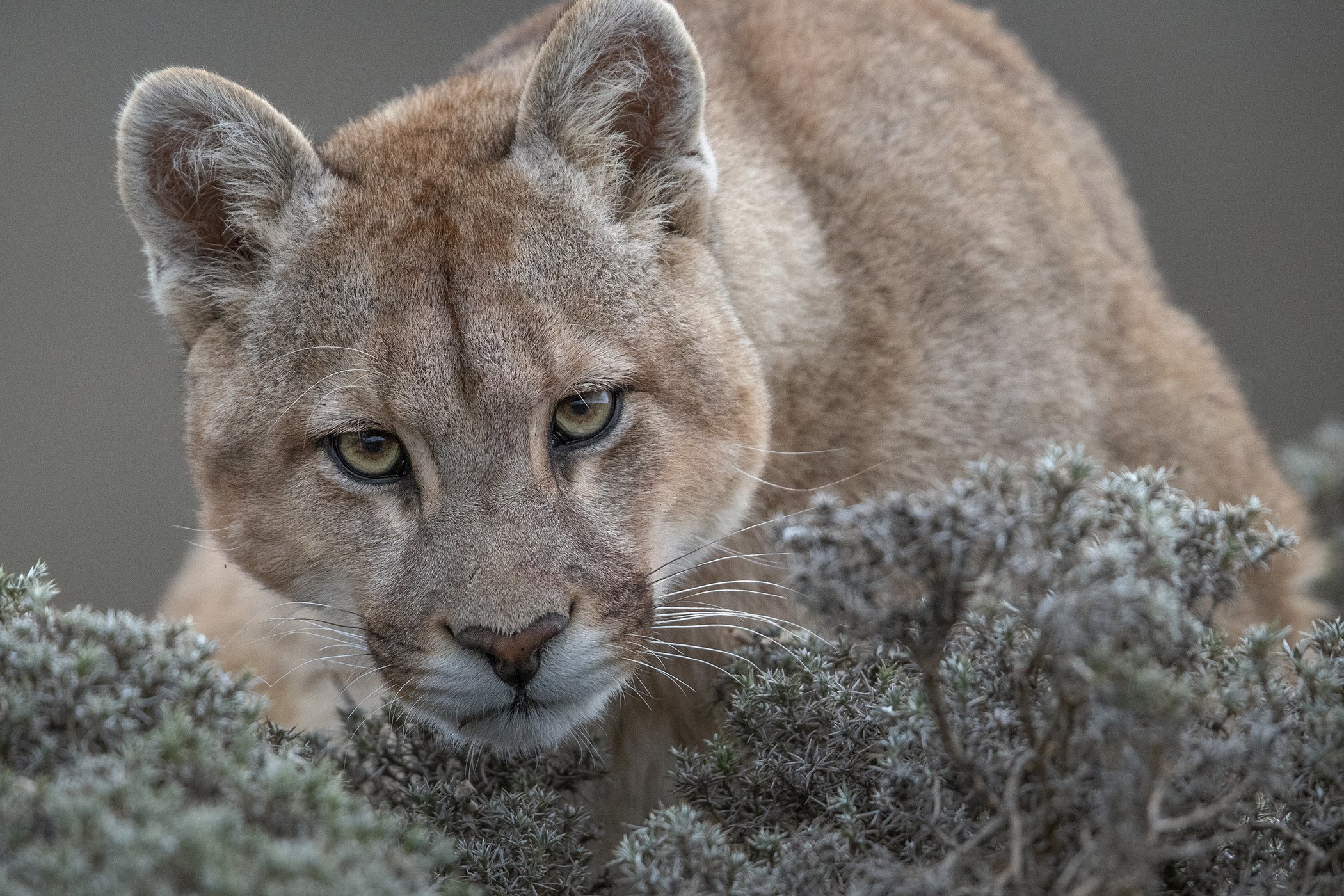 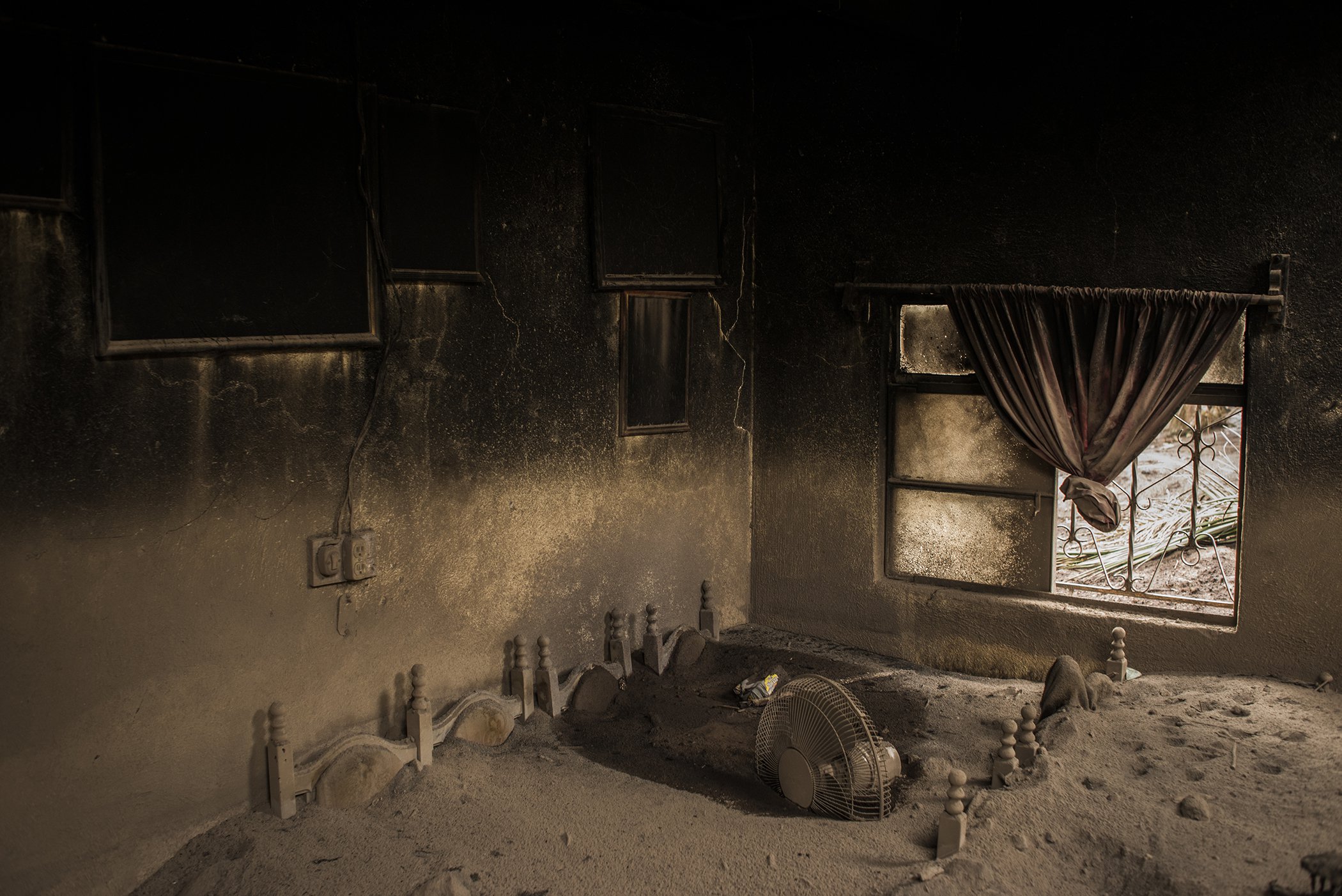 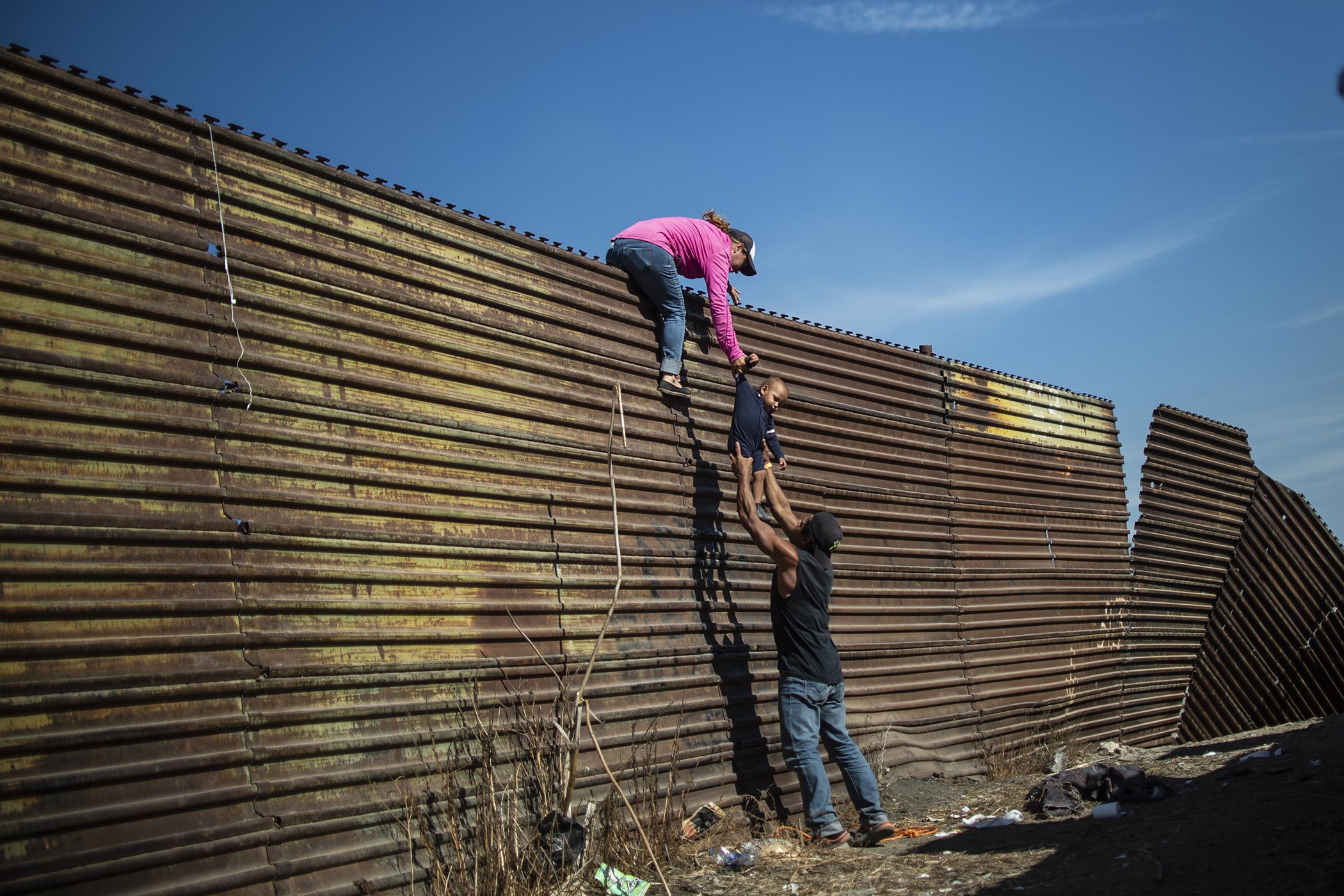 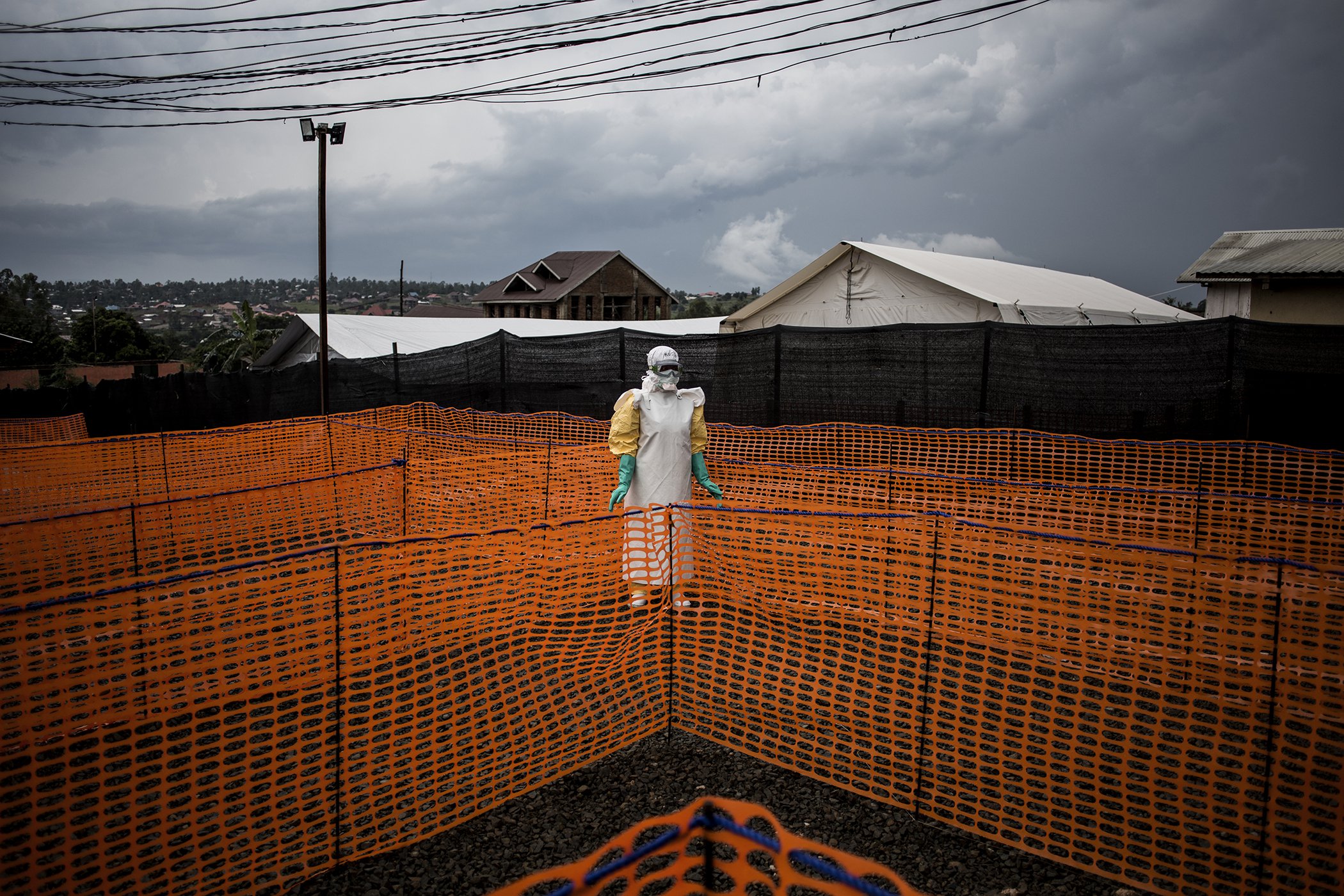 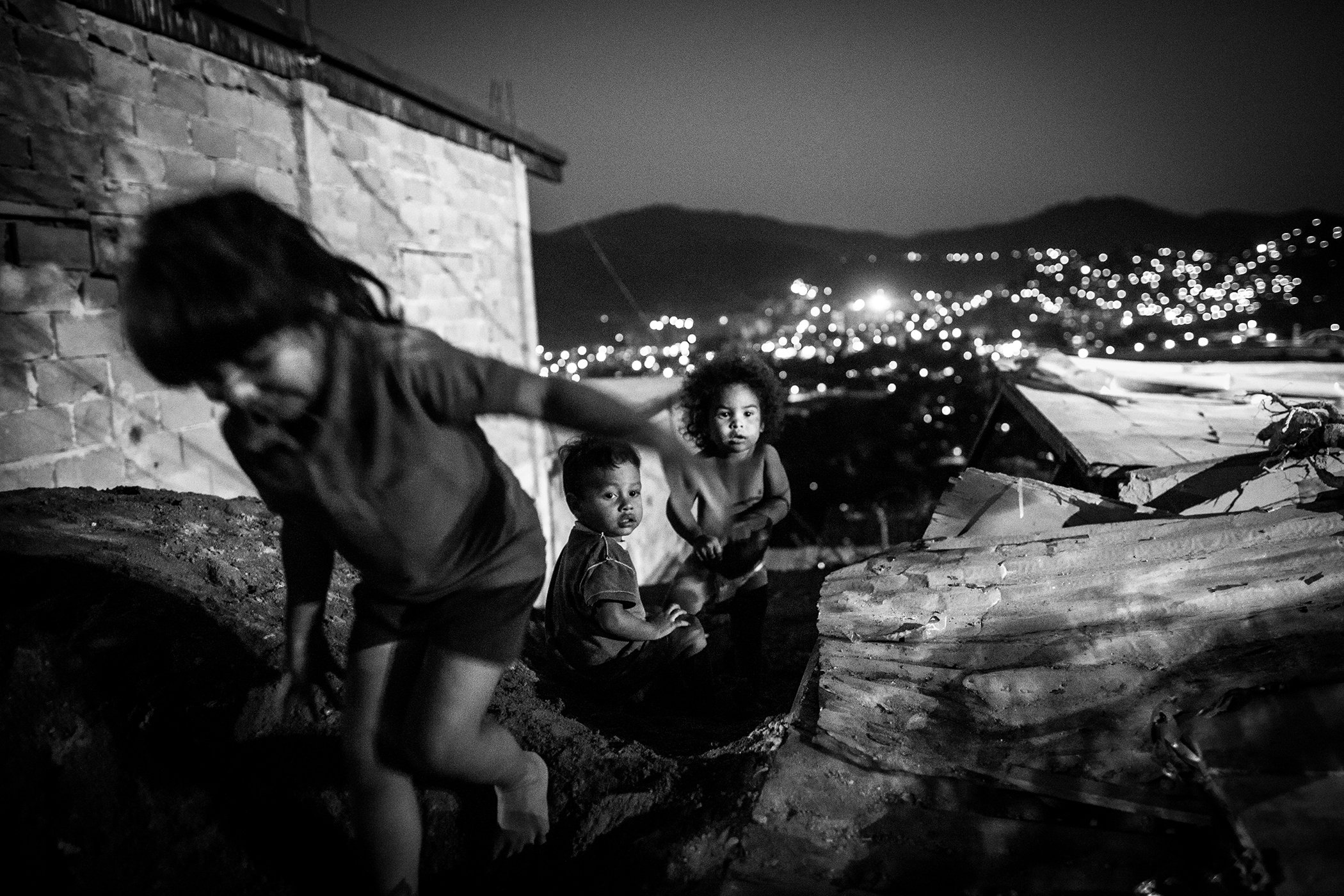 State of Decay: Alejandro Cegarra's series documents the changes in Venzuela, picking up the story in 2013, starting with Chavez’s death, and aims to tell the story of a crumbling country from the inside. Nominated in the Long-term Projects category.
Image: © Alejandro Cegarra 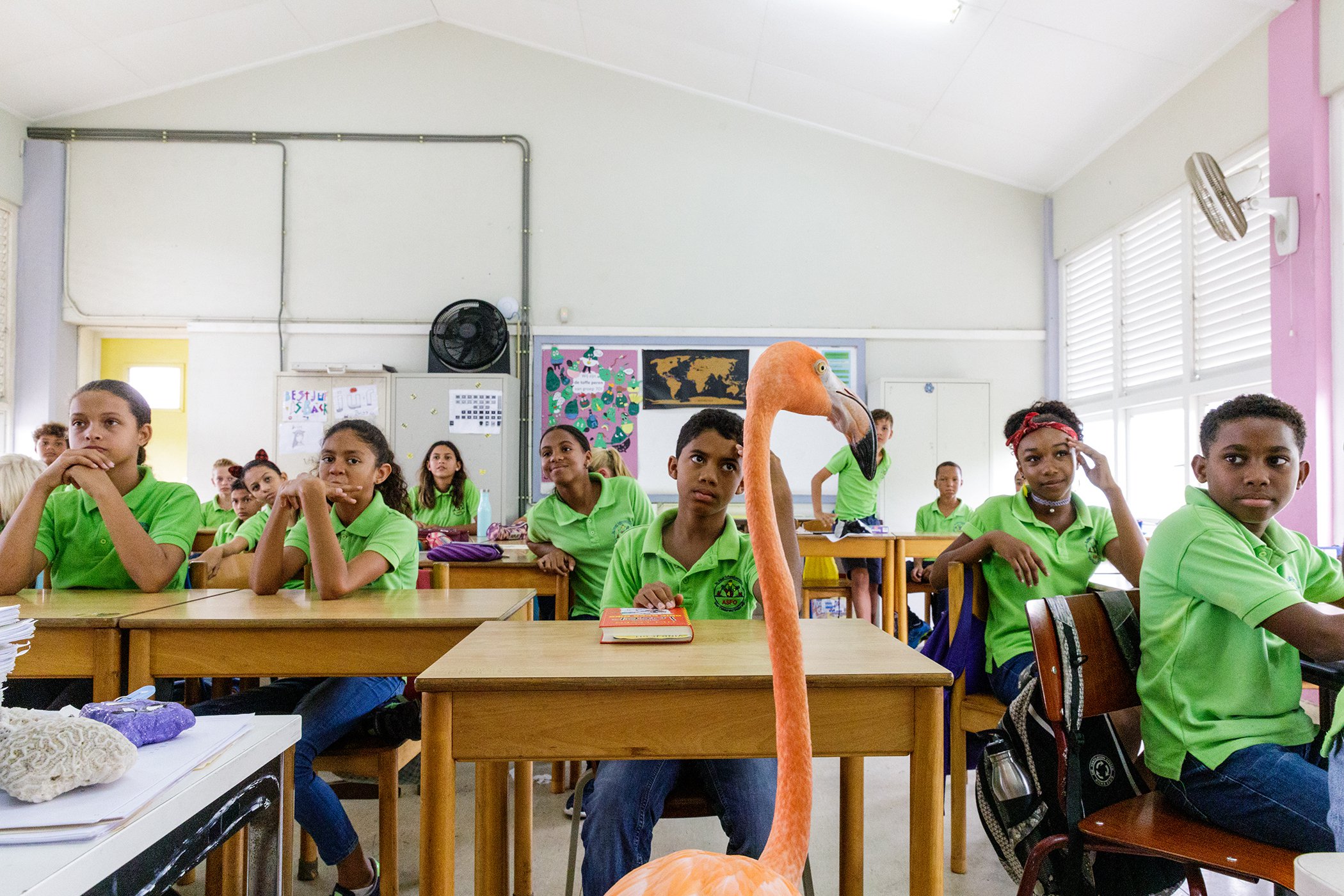 Meet Bob: Bob, a rescued Caribbean flamingo, lives among humans on the Dutch island of Curaçao. Bob accompanies Odette on a visit to a school to educate children about flamingos and their habitat. Nominated in the Nature Stories category.
Image: © Jasper Doest 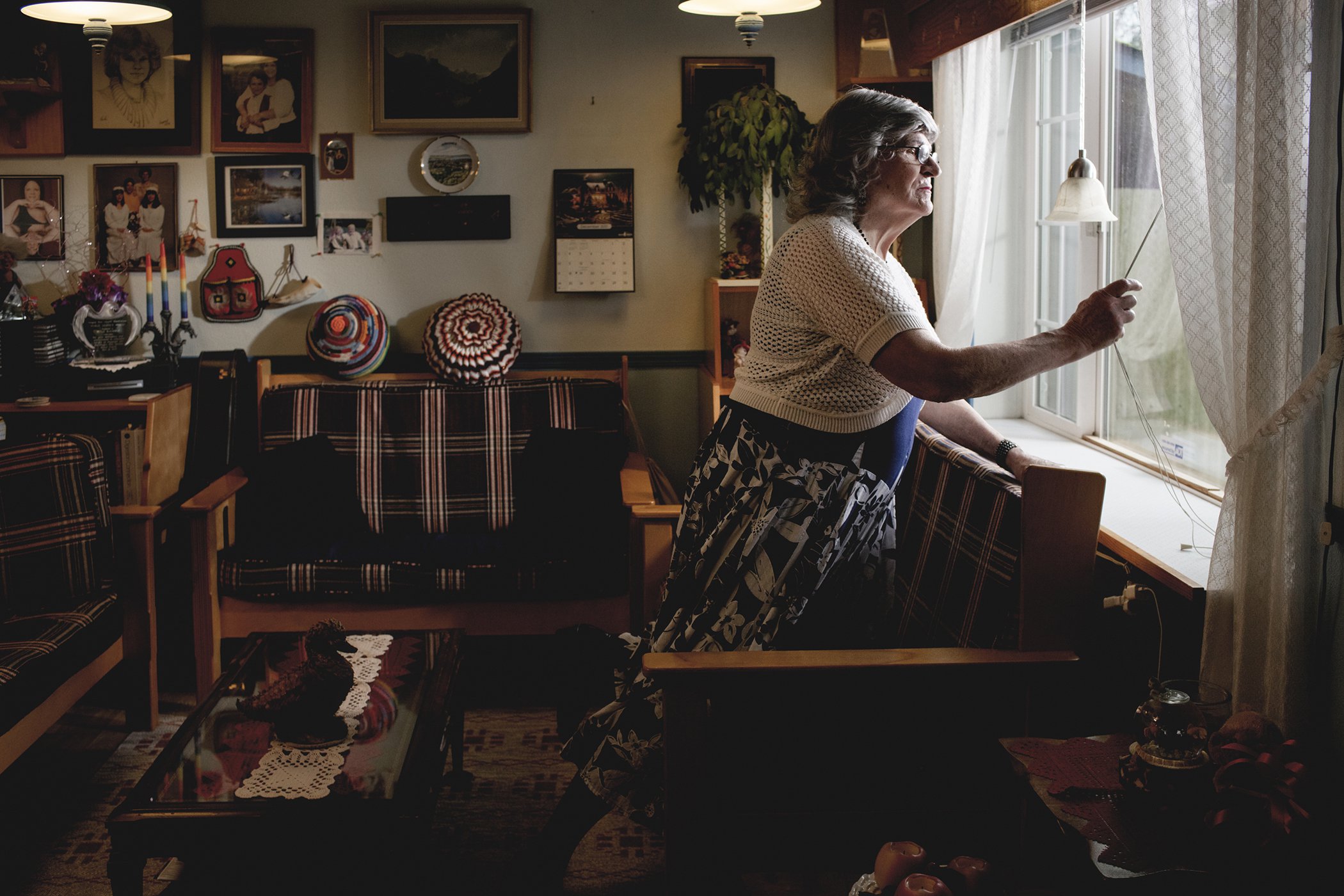 Northwest Passages: Mharie (83), in Eugene, Oregon, used to draw her curtains so that neighbors wouldn’t see her dressed in women’s clothes while her wife was out. Nominated in the Portraits Stories category.
Image: © Jessica Dimmock, for Topic

Afghan Refugees Waiting to Cross the Iranian Border: An Afghan refugee comforts his companion while waiting for transport across the eastern border of Iran, on July 27. Nominated in the Contemporary Issues Singles category.
Image: © Enayat Asadi 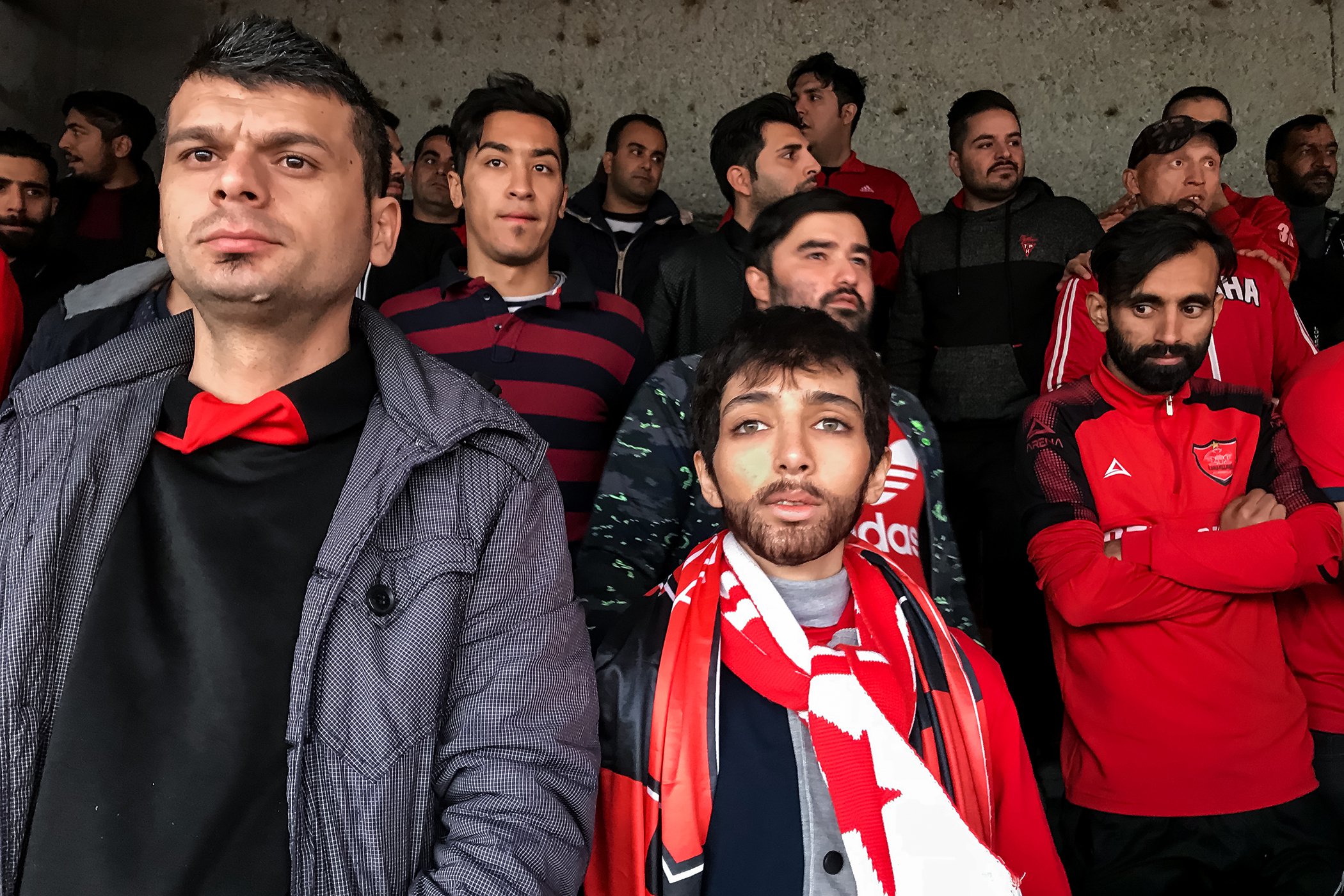