"We have to ensure we are prepared, so the next outbreak does not become the next pandemic." 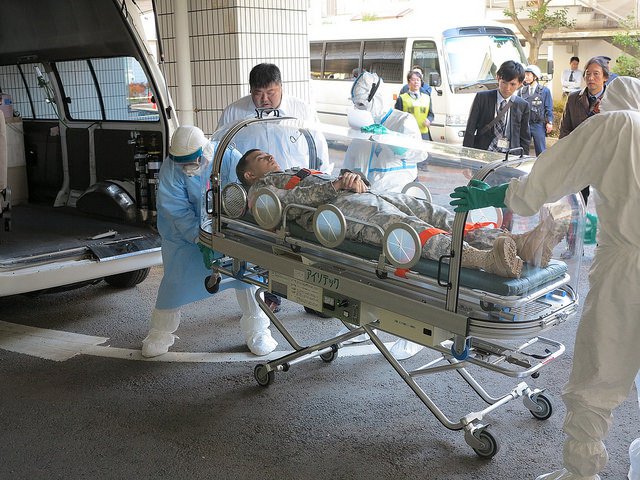 NEW YORK, May 25 (Thomson Reuters Foundation) - Most of the world is failing to invest enough money to prevent the potential global spread of disease that could kill millions of people and cripple economies, the World Bank said on Thursday.

Faced with a pandemic, an unprepared planet could lose billions to trillions of dollars, a significant chunk of the global gross domestic product, it said in a report.

Yet containing pandemics — diseases that spread globally compared with epidemics that are localized — would cost about $1 per person per year in investment, the Bank said.

"Given the scale of risk to human lives and livelihoods, the investment case for financing preparedness is compelling," said Peter Sands, chairman of the Bank's Working Group on Financing Preparedness which wrote the report.

"We must make it happen," he said.

Recent pandemics include the Zika virus, an infectious disease linked to severe birth defects in babies, and the H1N1 virus, also known as swine flu, the Bank said.

The devastating effects of a pandemic were illustrated as well during the Ebola outbreak that swept West Africa and killed more than 11,000 people between 2013 and 2016.

Related Stories May 25, 2017 10 Famous Canadians You Never Knew Had Polio May 12, 2017 Brazil Declares Zika Emergency Is Over, But Virus Still Remains A Threat

To determine that most of the world falls short in terms of pandemic preparedness the World Bank assessed countries on a stress test of measures in place.

Of 37 countries in Africa, Europe, Asia and North America put through the test, most were graded with a red or yellow light, meaning progress remains to be made, the Washington-based organization said.

With disease outbreaks becoming increasingly frequent, the Bank called on its 189-member countries to step up investments in disease surveillance systems, laboratories and emergency operations centers.

"We have to ensure we are prepared, so the next outbreak does not become the next pandemic," said Jim Yong Kim, who is the Bank's president, in a statement.

Ebola resurfaced earlier this month in the Democratic Republic of the Congo for the eight time, killing four people according to the World Health Organization.

Related Stories March 13, 2018 17 Important Facts You Might Not Know About Polio May 25, 2017 1 Million People With AIDS in Africa Will Die if Trump's Budget Is Enacted, Experts Say