Women for water and sanitation declaration

Women all over the world are taking action on sanitation

Have you ever tried to get 5 people to agree on something? It seems like even where to go for dinner can be a lengthy discussion. Well, turns out that over 50 women you’ll recognize from the media, television, global leadership, and powerful organizations, have found common ground and agreed on the same idea for global development.

These women have signed a declaration together for water and sanitation. These are some very cool ladies getting involved, so it’s time to turn our heads and clue in to the conversation.

Let’s break it down by everyone’s favorite fifth grade grammar lesson, the 5 W’s: Who, What, When, Where, and Why?

The Women for Water and Sanitation Declaration.

Once again, What is it?

It’s a declaration that outlines why water, sanitation and hygiene (WASH) are so important for women all around the world. It also tells us why there needs to be an ambitious and achievable outline for WASH targets in the Sustainable Development Goals (SDGs)

Okay...so why is “WASH” important?

In short, “World Bank research indicates that hygiene is the most cost-effective health intervention available, and has the ability to impact other indicators of extreme poverty,” according to the declaration.

These devastating numbers lead to stunting and under-nutrition in children. And life-threatening illnesses are spread through water because of poor sanitation.

This declaration calls on world leaders to commit politically and financially to increasing sustainable access to clean water, hygiene, and sanitation. But the signatories acknowledge that simply building more toilets and sanitation facilities is not enough, stating that “These services must also be accessible, acceptable, affordable, well-maintained, funded, and regularly used. This requires behavior change for improved hygiene practices as well as for the upkeep of water and sanitation facilities.”

Who is calling on these world leaders?

Actresses such as Rachel Brosnahan, Bonnie Wright, Tamzin Merchant, and Frieda Pinto, alongside journalists such as Soledad O’Brien, Isha Sesay and Julie Gichuru have promised to use their voice.

CEOs of major organizations like Alice Albright of the Global Partnership for Education, Susan Wojcick of YouTube, and Sarina Prabasi with WaterAid America have signed the declaration. These women and so many more have joined together to make this call. Be sure to check out the full list of signatories below.

But wait- what about the men? The reason that women are being specifically asked to sign the declaration is because of the distinct effects poor sanitation can have on women. When teenage girls are menstruating they can’t go to school because there are no facilities for them to take care of their hygiene privately. When women have to walk far away to defecate openly, in order  to find some semblance of privacy, they become easier targets for sexual violence.

Lack of access to improved sanitation affects the lives of many women and girls and, therefore, sanitation solutions should be formed in close partnership with women’s equality movements. Sanitation is critical to ensuring equality for women around the world.

When is this going to come into play?

Now! Leading up to the announcement of the Sustainable Development Goals in September, it is so important that world leaders start committing to improving WASH issues around the world.

But these women aren’t the only ones that can push the declaration forward, we’re opening it up to all global citizens! Men and women alike can have an impact on this issue to ensure that everyone in the world has a right to improved water, hygiene, and sanitation resources. Add your name to the list by going to the TAKE ACTION NOW call for support from world leaders everywhere. 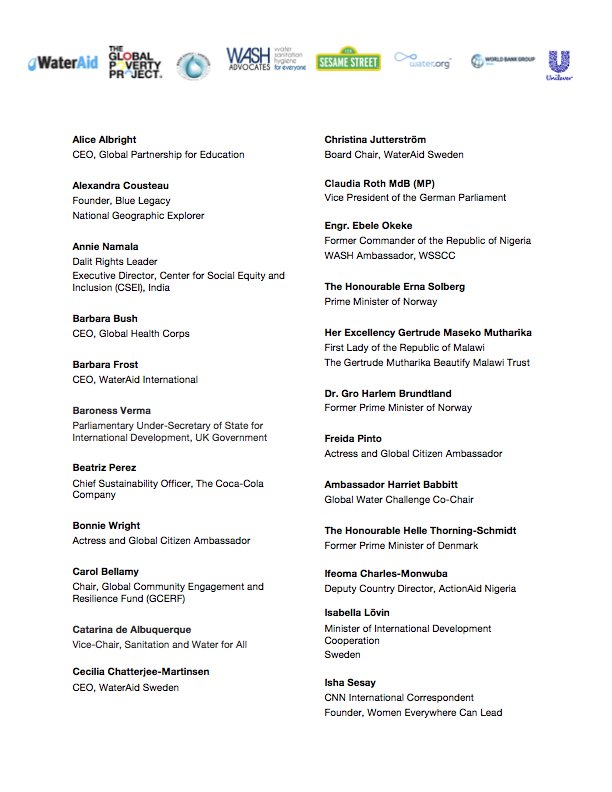 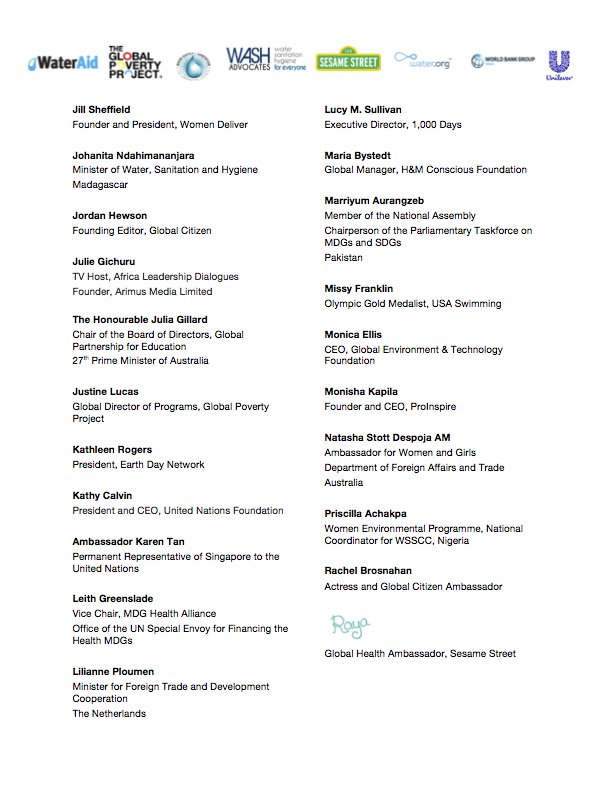 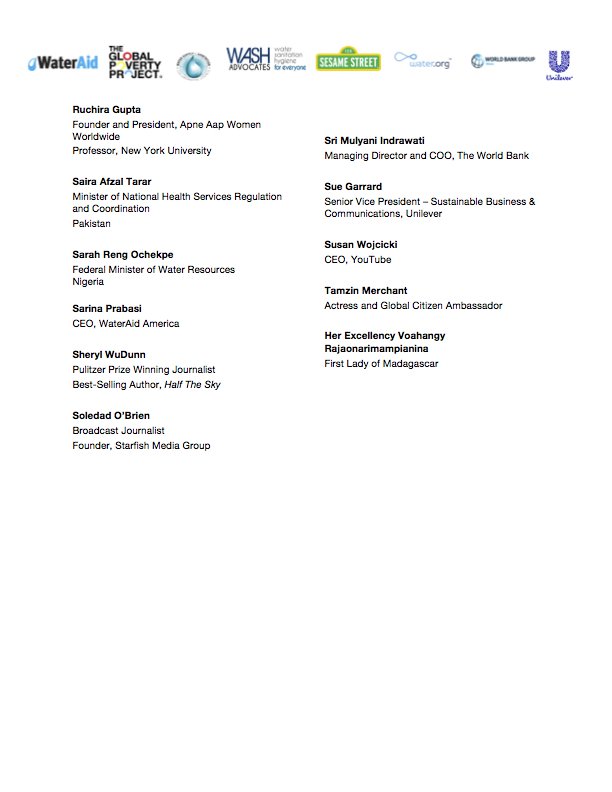