Each Time a Woman Runs for Office, This Is What She’s Up Against

Brought to you by:
CHIME FOR CHANGE

Sexism. Child care. “Old Boys Clubs.” These are just some of the patriarchal roadblocks women face to entering the male-dominated field of politics.

There are over 500,000 elected government positions in US. For those to be equally represented between genders, experts estimate it could take anywhere between 100-500 years.

Women hold 19.6% of elected seats in Congress, and 20% in the Senate according to a study from Rutgers University Center for American Women and Politics. This number increases to 24% for state legislator positions, but is still nowhere near gender parity.

The City of New York University, found that men were 15% more likely to be encouraged by their peers to run for government than women.

Beyond those entrenched stereotypes about gender roles, though, there are a number of complex and nuanced issues that act as barriers to gender parity in the political sphere.

Here is a deeper look at the barriers women in politics are up against today.

The first barrier is simple and surprising: many women don’t even see politics as a career option.

“There’s this disconnect in our thinking of what that job looks like...It’s a job like any other and I think we still haven’t cracked open the fact that this is a job for women,” Elyse Shaw, Senior Research Associate, Institute for Women’s Policy Research, told Global Citizen.

Shaw assisted on a study from IWPR called “Building Women’s Political Careers: Strengthening the Pipeline to Higher Office,”  where women were interviewed about their decisions to run for office.

“I think more women are getting involved in politics. But one of the major findings, at least for me, out of this study was that a lot of women don’t see politics as a career,” Shaw said.

Shaw added that women often see politics as a hobby or side-job, and one that often needs a second income to support it.

In addition to not seeing politics as a career, girls and women are seldom encouraged to run for office, according to Clare Bresnahan, Executive Director of She Should Run, an organization encouraging women to run for local and federal office positions.

“Even at earlier ages, in their college years, women have reported not being encouraged to run for office. Much like in the STEM fields,” Bresnahan told Global Citizen. “Women and girls don’t see themselves as reflected. When women run for office they win at the same rates. But they aren’t encouraged to run.”

Read More: This Inspiring Teen is Running For City Council

In a recent study from American University, 22% of women surveyed said they felt qualified to run for office compared to 35% of men who were surveyed, Vox reports.

“It took 10 years volunteering to have the actual self-confidence to say, ‘I can run for office,’” New York Senator Kirsten Gillibrand told the New York Times. “Women are the biggest self-doubters.”

When women make it past the confidence barrier, there is still the challenge of defeating men who have held elected positions for decades.

“Politics is one of those areas where the ‘old boys club’ still rules, so it’s hard [for women] to tap into it. You have the incumbency issues. It’s really hard when you have the same white men who’ve been around for a while,” Shaw said. “It’s hard for women, Democratic or Republican.”

And it doesn’t help that male members of Congress are twice as likely to run unopposed as female members.

“Congress has historically been all male, and members of Congress get reelected at rates above 90 percent. That means you’re basically waiting for people to retire,” Michele Swers, a political scientist at Georgetown University told Vox.

“Politics is an ‘old boys’ club. That’s the bottom line,” said Brenda Carter, campaign director of the Reflective Democracy Campaign, a group working to get women, especially women of color, into politics. “Women and people of color have been excluded from political power in a number of ways.”

Even at earlier ages, in their college years, women have reported not being encouraged to run for office. Much like in the STEM fields.

Clare Bresnahan, She Should Run

So what can help?

Quotas, affirmative measures that set fixed numbers or percentages for representation often of a minority group in politics, are one method to consider in order to help accelerate  the slow growth rate of women entering politics due to male incumbency. Countries like Sweden have installed gender quotas. Next year in Sweden, 40% of candidates on ballots will be women, required by law. Bolivia installed gender parity quota in 2009 and now 53% of elected government officials are women.

While experts like Elyse Shaw believe this is less likely to happen in the US, she points instead to cities and states who employ a method called “rank choice voting,” where constituents can rank political candidates in order of preference.

Rank choice voting can help get more women, especially women of color, on voter’s radars and give women a better chance at winning, according to Representation 2020, a group working for gender parity in politics. The group studied rank choice voting in San Francisco and found more women and candidate of color won.

Rank choice voting can lessen the impact of split votes, where third-party votes are essentially lost, because multiple candidates from the same community can still be counted according to Representation 2020’s report. For women, this can be huge.

They say in the report that by including women in a ballot that uses rank choice, a woman may not be a voters’ first choice but more people are likely to include women as second or third choices, which can result in more women and candidates of color winning according to their report.

It will take structural changes in recruitment,  and electoral and legislative rules, like expanding inclusive measure such as rank choice voting, to reach equal gender representation in the US according to Representation 2020. 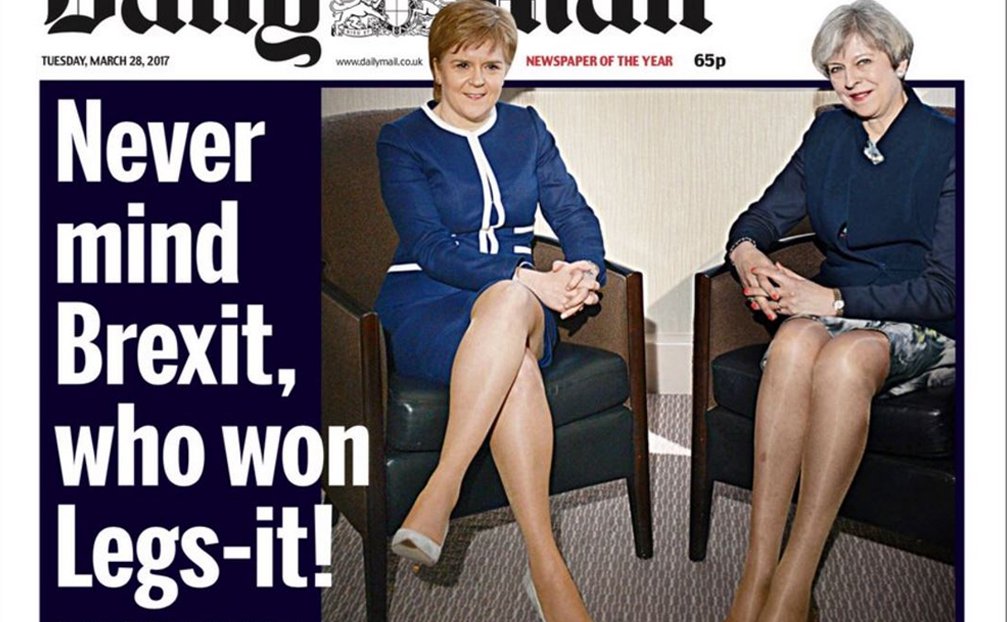 “Women are held to harsher standards for things like appearance and family,” Bresnahan said. “It doesn’t hamper their ambition, but it is more of a factor in their decision to run.”

Shaw said that women are more likely to consider the effect their running for office has on their children.

Read More: This Art Exhibit Is Raising Money So More Women Can Run for Office

In addition, social media has brought a new wave of sexism to politics for women according to Name It Change It, a project from She Should Run and the Women’s Media Center, working to end sexism in politics.

Politics is an ‘old boys’ club.' That’s the bottom line.

More people reported seeing sexism in social media (27%) than other outlets such as televised news (16%) and broadcast (12%), Name It Change It reports.

Because women tend to consider the impact on their families and children more than male candidates, they often choose to run either earlier or later in life or have children after they are in office, according to Shaw.

Women also face challenges in fundraising, but not exactly in the way you might think. It’s not just about raising money, but instead in tapping into lasting networks of financial political support.

According to a report by Political Parity more women gain support from individual donors rather than established networks, like organizations and businesses, that donate to political candidates. The result of this is that donations are not as long-lasting and women have to work harder to raise the same amounts in the future, according to the report.

So getting established politicians to support women new to running for office is essential to getting more women into the field. Fortunately, there are groups and support networks that can help.

Set nonpartisan organizations help women tap into funding networks, like the Women’s Campaign Fund, can provide a support network for the brave women who are both paving the path and considering running for office today.

“Women’s committees can be a big asset and helpful for supporting each other in office. They can be good for bipartisan cooperation,” Shaw said.

Today, motivators like She Should Run, Emily’s List, Latina’s Represent, Name It Change It, the Barbara Lee Foundation, Representation 2020, and She Should Run’s Incubator program and campaign, Ask a Woman to Run, are just some of tools available for women toying with the idea of a political career.

“There are so many [more] organizations, resources, for women entering politics than in the past,” Bresnahan said.

The Silver Lining to Barriers 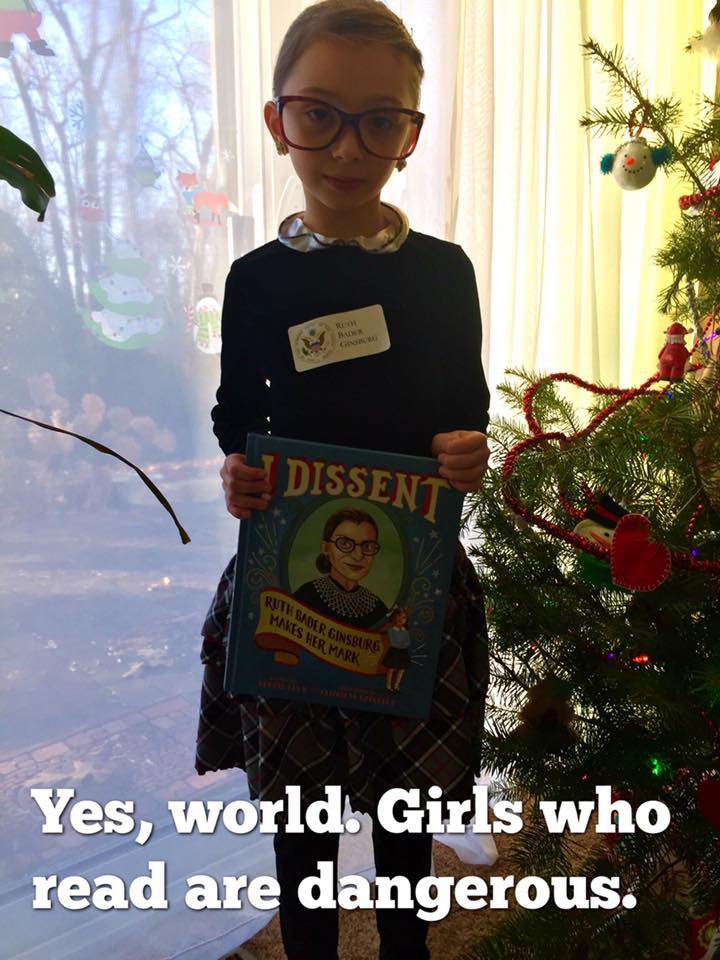 The good news is that most of these barriers can be broken with societal shifts and changes in the way we perceive both gender norms and politics.

Treating a government position like the actual career it is could encourage girls and women to consider politics as a career earlier in life, says Elyse Shaw.

Challenging gender norms that women are responsible for child care and family rearing, along with making child care more accessible, could also help. This, however, is more complicated than it seems.

“It’s hard because those are societal shifts that can be hard to address. But it’s also a catch-22 because having more women in office would help address those things [like child care.] It could normalize it,” Shaw said.

Bresnahan says we can expect some exciting things from the women who are preparing to run for office.

“These women have been involved in their communities for decades,” she said. “They are showing up at city council meetings, being appointed to local city councils, and not just talking about the change they want to make but doing it.”

The University of Virginia and Vanderbilt University have both done studies recently that found that female legislators are more efficient and get more bills passed, Bresnahan says.

“They have to work very hard to get there so once they’re there they want to get work done for their states,” Bresnahan said.

Women also run more often because they care about certain issues — as opposed to running because they want a position in government — and are more likely to take on legislation around education, health and wellbeing, and family care, Shaw said, noting research from Michele Swers, a political scientist at Georgetown University.

...it’s also a catch-22 because having more women in office would help address those things [like child care.] It could normalize it.

But the biggest silver lining? Get ready for a storm of women entering politics.

“There’s a narrative around women running now. But also, there are so many women who are taking steps now...And there’s a huge ripple effect that’s not discussed as often,” Bresnahan said. “They are transforming and changing mindsets.”

Yes, women of the past and present are making a difference. But the biggest foundational changes, Bresnahan says, are the women getting ready to run.

These are the women who will break the barriers we see today.