This is a truly selfless act. 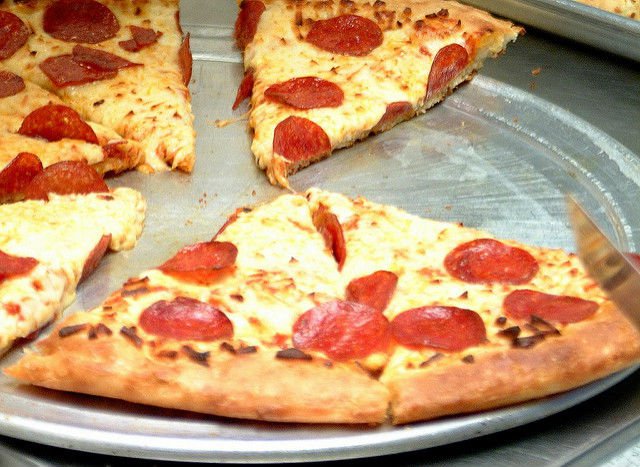 A woman in Detroit, Michigan, just won a year’s supply of free pizza. That’s all the cheesy, bready goodness many people dream of — for free. That’s all the Netflix nights, parties, late-night hunger covered for an entire year. Basically every young person’s dream, right?

Except instead of bathing in her cheesy pizza bounty for a year, 19-year-old Hannah Spooner did what many of us wish we had the inner strength to do but would never dare.

It all started when she and her boyfriend had stopped by Little Caesars for lunch one day this summer and entered a raffle for “year’s worth of pizza.” Several weeks later, Spooner got a call from Little Caesar's saying she won $500 worth of pizza for the next year.

Instead of jumping for joy, she took the opportunity of her pizza fortune to do something good.

Read More: Italy to Send Unsold Food to Charities Instead of Dumpsters

She called around to several homeless shelters nearby in Detroit, Michigan — a state with more than 10,516 homeless people, 6.5 percent of which are unaccompanied youth, and she found Covenant House Michigan.

After touring the shelter and meeting some of the youth there, Spooner generously bequeathed pizza supply to the 6,000 homeless kids who use the shelters services each year.

In the past 19 years, Covenant House Michigan in Detroit has helped over 54,000 homeless youth providing shelter, food, comfort, and other social services for those who have nowhere else to go. The shelter also helps survivors who were victims of abuse with job employment, education, and overcoming pressures to going gangs and violence.

Carolyn Millard, the development manager of the shelter, said they serve three meals a day for any youth in need. And like any youth, pizza is their favorite.

“They love pizza. They get very excited," Millard told Inside Edition.

In a struggling economy, such as Detroit, it’s truly heartwarming to a 19-year-old take her knowledge and compassionate to action and make such a generous donation.

“I don’t think I should be eating a year’s worth of free pizza when there are people who go hungry at night,” Spooner said after sharing that it was always her plan to donate every single slice.

We’ll raise a slice to that!