These 18 Athletes Are Smashing Gender Conventions

Malala Fund is putting the spotlight on incredible women and girls in the sporting world.

This article was originally published in Malala Fund's blog by Tess Thomas. Malala Fund is working for a world where all girls can learn and lead without fear. Malala Fund advocates for resources and policy change needed to give all girls a secondary education, invests in developing country educators and activists and amplifies the voices of girls fighting for change. Learn more at malala.org.

These young women are not only champions in their chosen sports, but also champions of social justice.

Yet their accomplishments don’t get the recognition they deserve — female athletes receive only 4% of all sports media coverage. Many girls hoping to participate in sports are limited by gender bias or lack of funding.

Take action: Sign This Petition to #LeveltheLaw and Empower Girls and Women Around the World

But athletics enhance every aspect of girls’ lives. When girls play sports, they are healthier, stay in school longer, and are more likely to succeed in the workforce. Female athletes are more likely to excel in traditionally male-dominated subjects, like STEM. Sports teach girls confidence, teamwork, and leadership skills.

Each one is a testament to the amazing potential girls have when given the opportunity to learn and lead. Through their accomplishments on and off the field, they support every girl’s right to choose her own future. 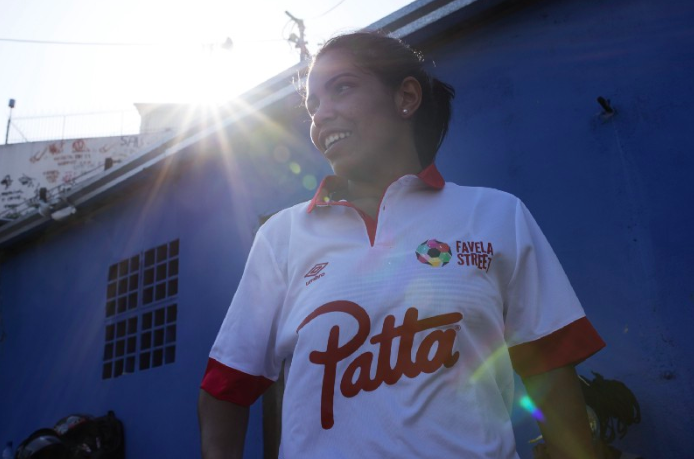 In Brazil’s favelas — where violence and poverty are rampant — football provides an escape for a group of young women.

Once a week, Rebecca, Dryka and Jessica play football in the only space in their community that is off limits to drugs and gang fights.

On the pitch they shoot goals, support each other and create a safe space for girls to realise their potential. 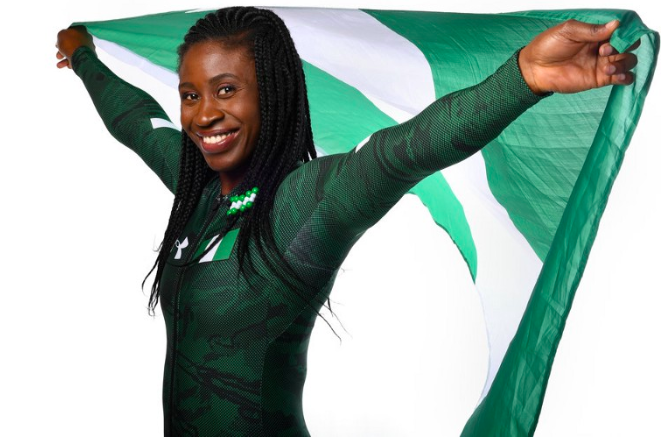 This week, Simi is in PyeongChang representing Nigeria as the first female skeleton Olympian from Africa.

“It feels amazing to be unapologetically blazing a trail and leaving a legacy,” she told Malala Fund. “I love that through what I’m doing, I’m redefining Africa, and what people think about Africa, and female athletes as well, and what’s possible.” 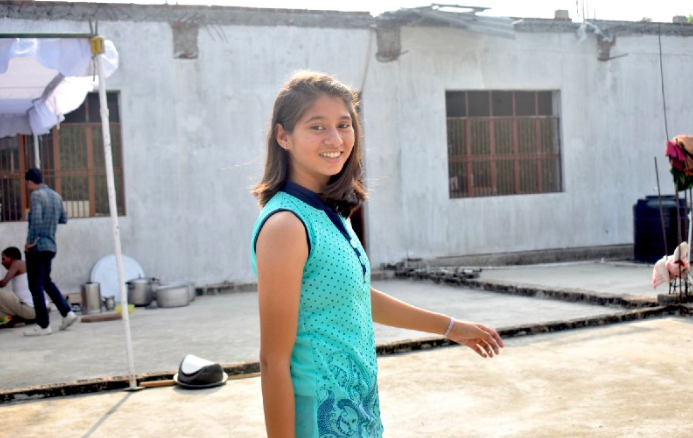 Despite the fact that many people in her village believe girls shouldn’t play sports, Akshara began running at age 11. She now competes in national races and works to reduce stigma around sports and sport uniforms in her community. 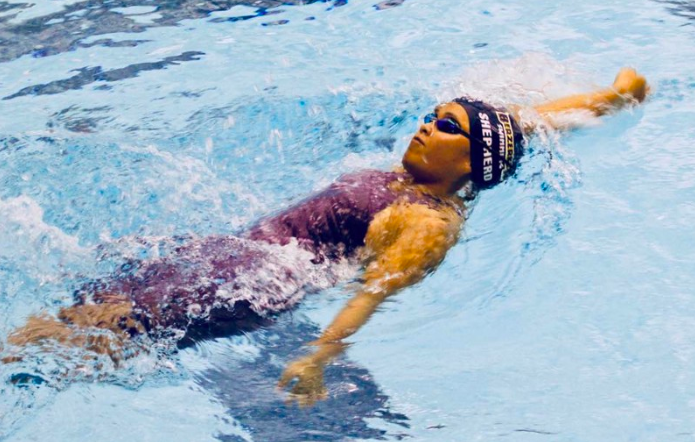 After Haven lost her legs in her biological parents’ suicide bombing in Vietnam, the Shepherd family adopted her and brought her to Missouri to join her six siblings.

Haven is now a champion swimmer and Paralympic hopeful. When she’s not training, Haven shares her story with other para-athletes and advocates for increased diversity in model representation. 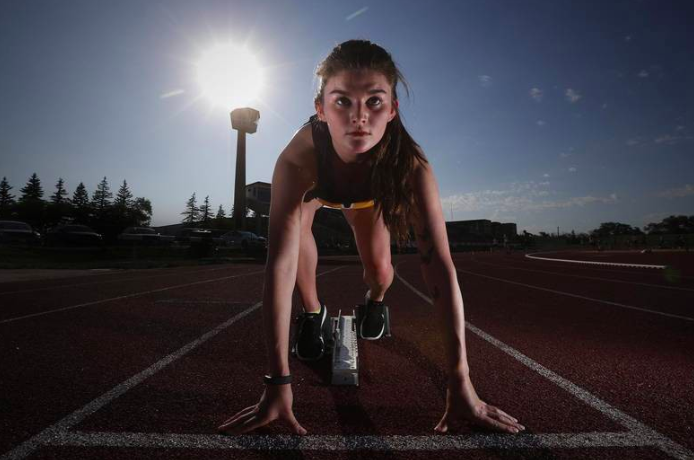 Competing in the 2014 North American Indigenous Games inspired Tracie to become more active in supporting the rights of indigenous peoples.

The Métis teen started speaking out for missing and murdered indigenous women and girls — thousands of whom have gone missing or been murdered in Canada over the past 30 years. 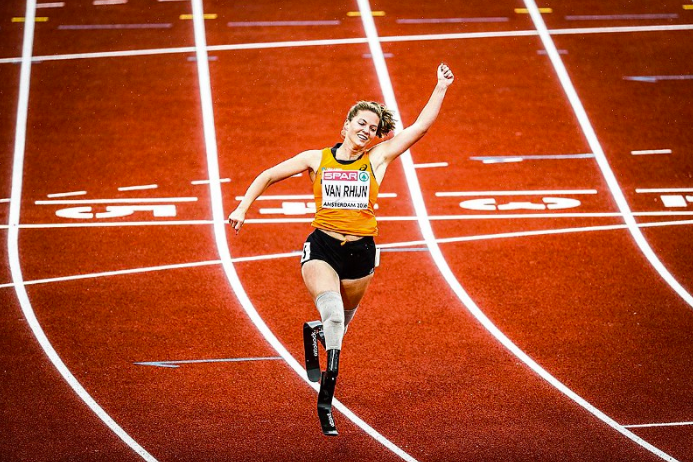 Known as the fastest woman in the world on blades, Marlou van Rhijan is a three-time Paralympian and world record holder.

She is also founder of a new initiative called Project Blade, which helps fit young athletes with their first running blades or bionic legs. Marlou hopes to make the path to athletics easy and fun for children with disabilities. 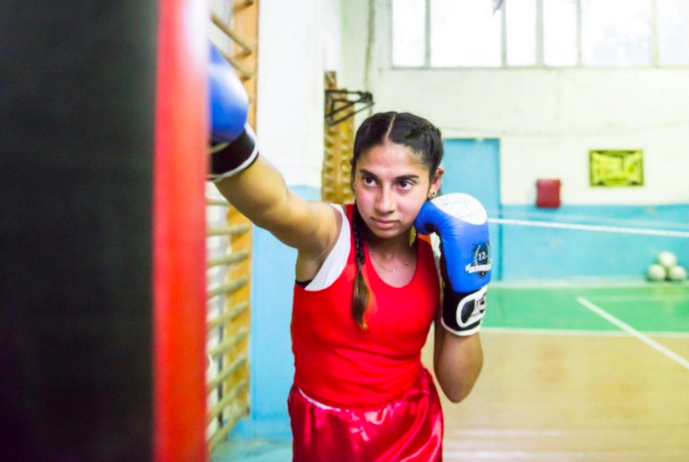 Roma girls in Moldova are often forced to leave school and marry early — but Stela refuses to be one of them. The young boxer is determined to finish her education and become a world champion. She hopes that through her accomplishments in the ring, she can show her community “what a girl can do.” 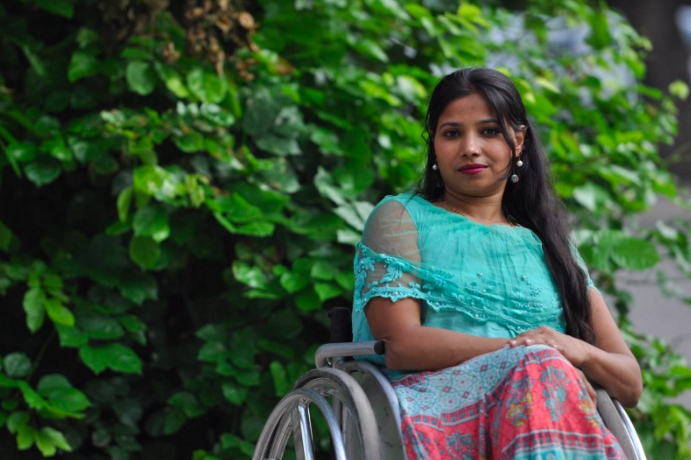 Suvarna is an international para-table tennis player who advocates for disability rights in India.

She received multiple awards in recognition of her advocacy, including the National Role Model Award by President of India in 2014. Suvarna plans on continuing her campaign until every school is accessible to girls with disabilities. 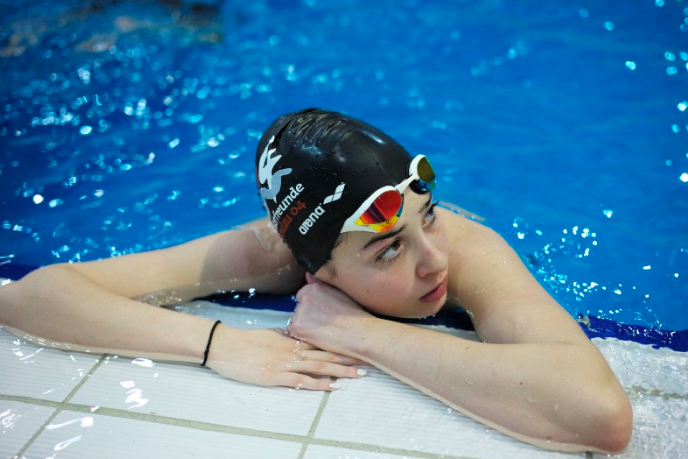 While fleeing conflict in Syria, Yusra Mardini and her sister Sarah found themselves stranded in a broken-down dingy in the middle of the Mediterranean sea. The girls got in the water and swam for three and half hours to push the boat ashore and save the lives of their 20 fellow refugees.

In 2016, Yusra competed in the 2016 Olympics as part of the first-ever refugee team. Now as a UNHCR Goodwill Ambassador, Yusra advocates on behalf of other refugees. 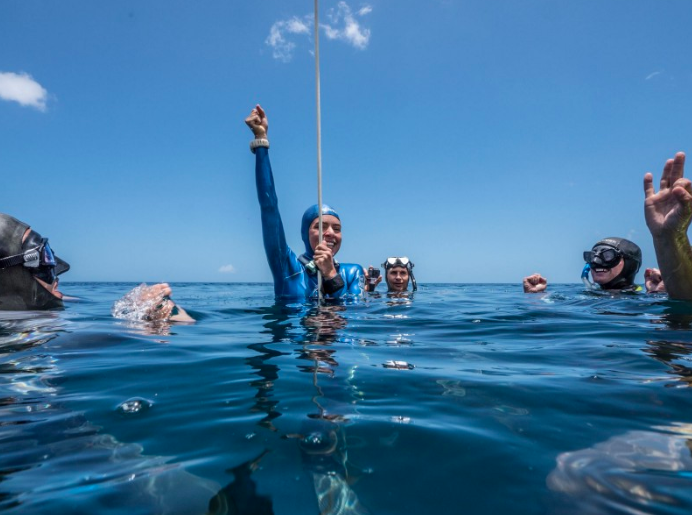 She uses her profile as a champion athlete to campaign for causes close to her heart, which include the environment, Hurricane Maria relief, and lung cancer. 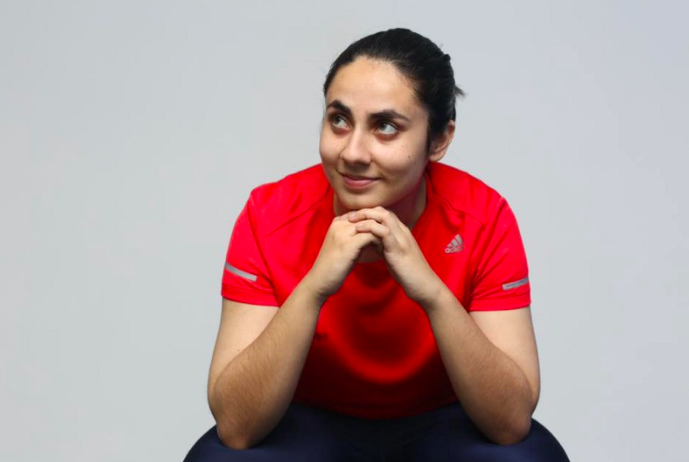 Noorena’s journey to becoming an internationally renowned athlete was not easy — at age 15 she had to disguise herself as a boy in order to play cricket.

Today, she competes around the world as a professional squash player and encourages other young women in Pakistan to participate in sports. She also uses crowdfunding on social media to help pay for girls’ tuition fees and athletic equipment. 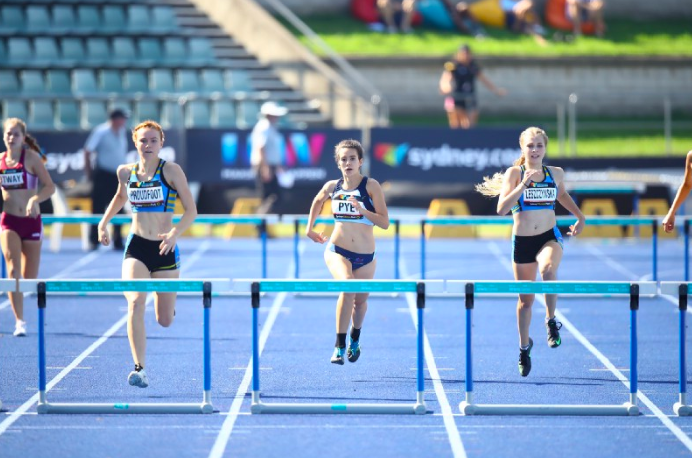 Scarlett is no stranger to overcoming hurdles on the track and in the classroom. When her girls’ school did not offer engineering classes, she petitioned to study at a neighbouring boys’ school that did.

Scarlett managed to juggle the extra classes with training for state and national track and field championships. She hopes to qualify for the 2020 Olympics in 400 metre hurdles. 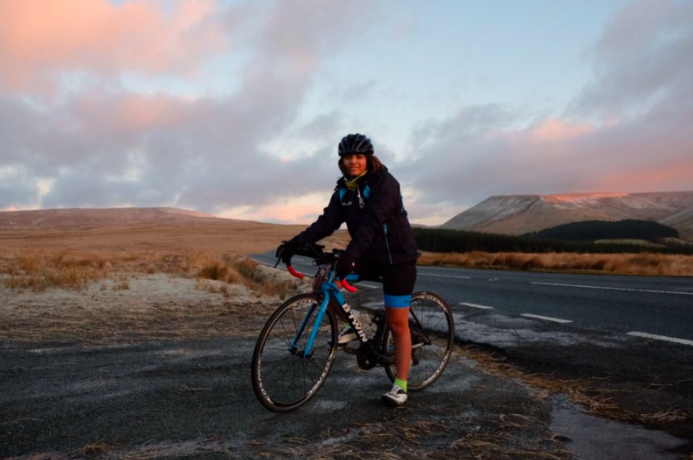 Vedangi is planning a trip across North America, Europe, Asia and Oceania — on her bicycle. She hopes to be the youngest and fastest woman to cycle around the world by completing her 29,000-kilometre solo trip. 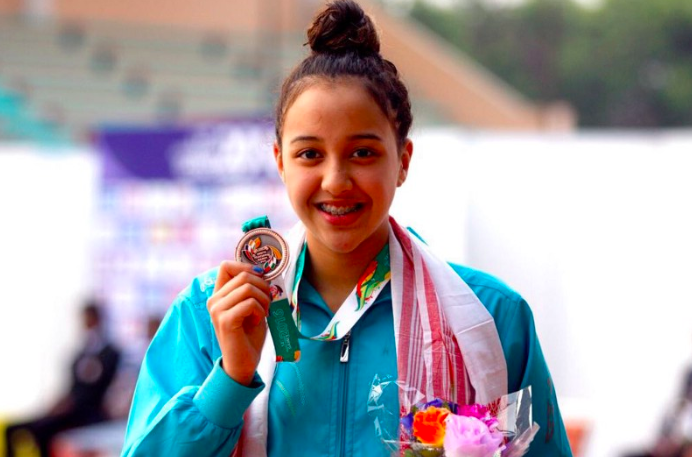 At age 13, swimmer Gaurika became the youngest Olympian to compete at the 2016 Games in Rio. Determined to support other Nepalese girls, she used her championships winnings to help rebuild schools destroyed by the 2015 earthquake.

Now age 15, she balances her schoolwork and training with raising awareness about sex trafficking in Nepal. 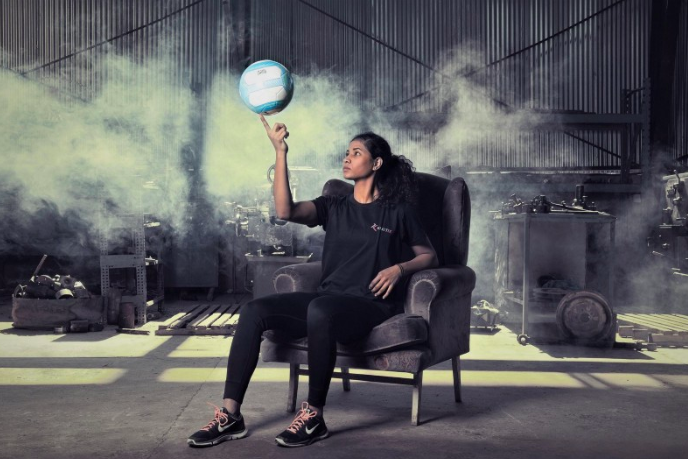 Hajra advocates to break down these barriers to empower girls through football. As a UNICEF Menstrual Hygiene Champion, she also helps to reduce stigmas regarding menstruation. 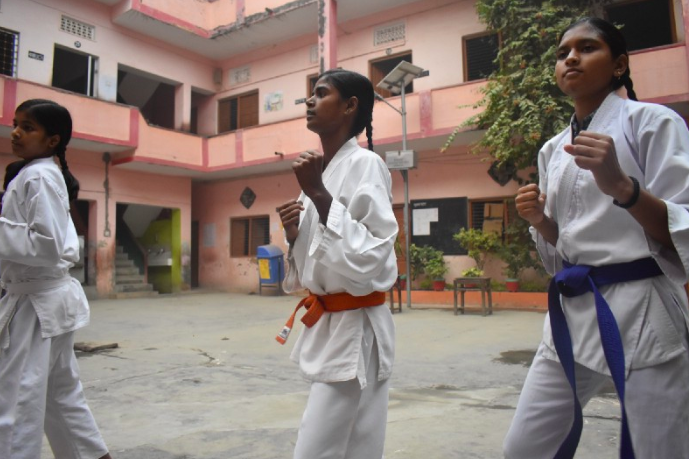 Rani is a martial artist, cricketer and roller skating champion. She plays sports to defy her community’s expectations of girls. Rani shows her peers they can do more than just get married and have children.

“I want girls to look at me and think they can achieve anything they want,” she says.

Global Citizen campaigns to achieve the UN's Global Goals, which include action on gender equality. You can take action with us here to support the #LeveltheLaw campaign, which aims to eliminate laws that discriminate against women and girls around the world.