Why women can make your country rich

Closing the gender gap and making money doing it.

First, some music to get us in the right frame of mind, because there is nothing like early 2000s Queen Bey to get us pumped about closing the gender gap:

Ok, now that our “hand throwing” is out of the way, let’s get down to women-focused business. (Spoiler alert: it involves more Beyonce).

Here at Global Citizen we have always campaigned for greater access to girls’ education and demonstrated why it can end the cycle of poverty. When girls in developing countries receive an education there are a slew of benefits: they are less likely to have children at a young age, less likely to contract diseases like HIV, more likely to earn higher wages. But it’s what girls can do once they graduate that we need to concentrate on.

Because an education can mean so much more when there’s something to put it towards.

So many programs and organizations are geared towards providing girls with an education, but this investment reaps limited rewards if there aren’t equal employment opportunities for women after they graduate. In order to pack the biggest punch, we need gender equality on all fronts, especially economic equality.

“Many laws, regulations and policies on entrepreneurship and employment culture continue to prevent women from improving their own and their families’ well-being by working or running a business.” -  Women, Business and the Law,report by the World Bank

Women have made huge strides in achieving equality in countries around the world. But the fact remains that even though women account for over 40% of the global workforce, they still tend to earn less than men in every country. And in the majority of countries laws or gender biases exist, effectively barring women from reaching their full potential.

- There are different property rights for men and women. Female farmers tend to have smaller plots of land and lack access to fertilizers and other tools they need

Why does this need to change? Because gender equality directly contributes to development.

This article is not just about why closing the gender gap is the right thing to do (which obviously, it is), but why it also makes economic sense. It’s about why, as the International Monetary Fund put it, “empowering women is smart economics.”

And here are a few reasons why:

1. Women make up around half the world’s population-- With women at 40% of the global workforce and over half of the world’s university population, it is a plain and simple waste not to put their skills to better use! The more opportunities and resources women have at their disposal, the more productive the world can be. Knocking down the barriers that stunt women in the workforce could increase their participation and productivity by as much as 25% in some countries. Imagine if instead of working smaller plots of land with inadequate fertilizers, female farmers had the same access as men! It would mean more crops to serve communities and more crops for countries to export. If female farmers had greater access, agricultural output could go up by 2.5 to 4% in developing countries. That is what we call a win-win. 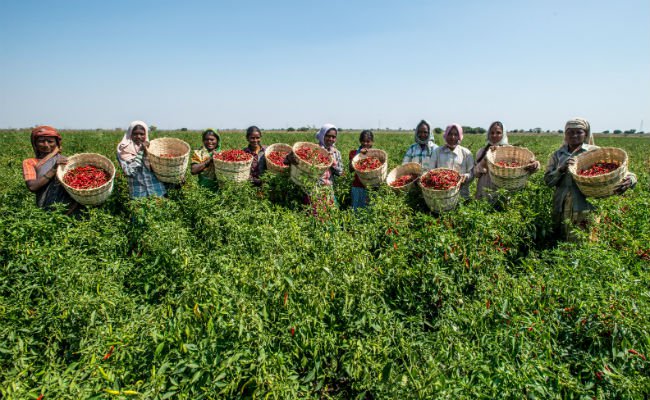 2. The money goes back to kids-- Studies from a whole bunch of countries (Bangladesh, Mexico, Brazil, Cote d’ivoire, and the UK, to name a few) have found that when women contribute to/ control more of household incomes, spending changes in ways that benefit children. Women are more likely to spend household cash on food and education, two key areas that directly contribute to child health and development and keep the whole chain of productivity and poverty alleviation going. For example, a report by the World Bank found that in China if female income went up by 10% it would increase the number of years both boys and girls spent in school. An equivalent raise in income for men would actually negatively impact the duration of girls’ schooling, and there would be no impact on boys.

3. It can impact policy in ways that can help end poverty-- The cycle of poverty could be stopped by addressing a wide range of issues. A biggie is ensuring clean water, adequate sanitation and good hygiene for everyone (as this completely awesome and inspiring poem by girls in Kenya can attest to). Well, studies show that when women are economically and politically empowered they are more likely to push for action on sanitation issues, which tend to matter more to women. That’s why some countries have put sanitation reform in the hands of women, with incredible results (think fewer diseases, more time for kids to go to school instead of fetch water, and improved living conditions for entire communities!). That’s killing a whole lot of birds with one stone.

4. Getting organized-- Companies benefit from female leadership. Research in the Middle East by big-deal consulting firm McKinsey found that companies with three or more women in senior management positions have better “organizational effectiveness.” This is because women bring a lot to the table: leadership strengths that complement men’s, a more diverse perspective of ideas, and a “new” approach to problem solving. Why wouldn’t a company want to be as effective as it could be?

4. The stats speak for themselves-- Sometimes you need cold, hard numbers to really drive a point home. Lots of studies show how closing the gender gap actually raises a country’s GDP. Dozens of countries (from Ecuador to Iran) could see a 15% increase of GDP per capita if workforce gender gaps were closed. In the Middle East this number could be as high as 30%. Enough said.

So how can we make this happen?

Changing policy and changing attitudes. And the good news is, we’re on the right track.

Fact: Over half of the legal restrictions affecting women that existed in 1960 have been removed.

Lots of countries have already started to change their laws to help close the gender gap. Ethiopia now issues joint land titles to husbands and wives so that the land rights of women are recognized and documented. In 2012, Colombia introduced subsidized child care so women who otherwise could not afford it were able to return to the workforce. Turkey reversed a law that prevented married women from working, and Mozambique eased a law that made it hard for married women to open bank accounts.

Just some things that could help: Laws that address female employment quotas, policies that expand women’s roles in unions, organizations that create female-targeted business and training classes, improved maternity leave policies, enforced sexual harassment policies... the list goes on and on. You could probably envision countless changes that would make the workforce more lucrative and accessible to women right in your own community!

And we can start right now. Go to TAKE ACTION NOW and sign this petition to ensure women’s equality is at the heart of the post-2015 development agenda.