Why We Partner With the Private Sector to Fight Poverty

Like all great challenges, no-one can tackle it alone. 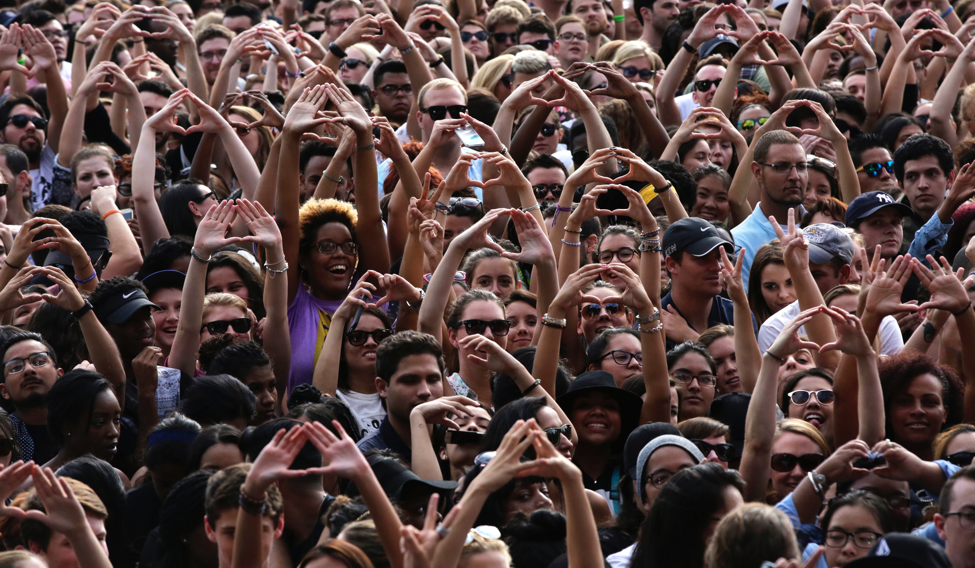 Over the past two decades, social good— giving back to the world at large— has been moving from the periphery to a more central position in corporate considerations for many reasons. First, it is a proven measure for recruitment: millennials, who are the largest demographic in the workforce and are characterized by their desire for purpose, prefer to work for a company that does good. Second, it allows companies to grow their consumer base: a majority of people are willing to pay more for products by socially responsible companies. And third, it benefits the bottom line: a recent report shows that companies giving at least 10% toward social investments since 2011 saw their revenue rise by 11%, while those not doing so saw revenue fall by 3%. Thus, it is clear why corporations seek out partnerships with NGOs.

What might be less obvious is why NGOs should prioritize partnering with corporations and businesses. At Global Citizen, working with the private sector has become an important part of what we do, and for us, the answer is simple: if we are to achieve our mission of ending extreme poverty by 2030, we cannot do it without them. This is a partnership that absolutely works both ways.

And one that extends much further than financial support. In each case, Global Citizen enters into a partnership with a corporation that shares our values, where companies are able to lend their voice as well as their industry expertise and guidance to influence both public policy and popular opinion. We take this shared campaign approach, because we believe it is key in the fight against poverty.

When former Secretary-General of the United Nations Ban Ki-moon addressed more than 350 leaders of business, government, and civil society in September 2016, his message was clear: “I am counting on the private sector to drive success…now is the time to mobilize the global business community as never before.”

Although foreign aid has hit record levels in recent years, with donor governments giving close to $135 billion a year, this provides only a fraction of the investment needed to achieve our goals. If we are to achieve the roadmap to equality by 2030 as laid out by the UN in the 17 Sustainable Development Goals, around $20 trillion is required — which breaks down to around $1.4 trillion every year.

Achieving these goals will be led by governments and citizens across the world mobilizing their existing resources to address our common goals. In many countries, we need to see additional domestic resources like tax and remittances used, both of which are driven in large part by business. But, to fully reach our goals, we need the private sector’s vast capital investments and operations to be directed not just to the highest short-term return, but to the long-term prosperity and sustainability of the markets they are in. It is only the private sector — regulated effectively by government — that allocates capital and responds to market pressures at the scale needed to ensure food, clean water, shelter and opportunity for all.

Increasingly, companies appear to be stepping up to the challenge. In the United States for example, corporate giving has increased steadily over the past few years— in 2015 it jumped nearly 4% within a year up to $18.46 billion.

Some of our largest individual commitments last year came from our corporate partners — in the form of purchasing power, a very useful tool for creating a more equal world. UPS, Walmart and Johnson & Johnson pledged to purchase $100 million each from women-owned businesses over the next three years as part of the WeConnect initiative. The $300 million total will play a vital role in helping businesswomen in the developing world enter supply chains, one of the major obstacles holding women back today.

What this commitment demonstrates is the power nonprofits have to amplify socially conscious objectives at the businesses they work with. In this instance, hearing how passionately the millennial generation felt about supporting women entrepreneurs— via the voices of 30,000 Global Citizens who tweeted and petitioned on the issue — gave public backing to executives at UPS, Walmart and Johnson & Johnson who were already passionate and leading the charge in supporting diverse suppliers. Plus, major corporations such as Johnson & Johnson making a commitment, inspires the private sector community at large to follow suit and engage with these critical issues.

At Global Citizen, corporations provide valuable support that enables us to operate as an organization. Partners we work with sponsor our major events so we can reward the public for taking action, provide extensive technical assistance and support to our work, and enable in-kind resources that have on-the-ground impact. Yet ultimately, we view our approach to working with the private sector as much more than simply a donor relationship — it is a true partnership.  After all, the private sector has a whole host of elements to contribute towards taking on the Global Goals that go far beyond money — their industry expertise, innovation and skills can be vitally useful too.

Coca-Cola’s Last Mile Project, an initiative that has increased the availability of critical medicine by 30 percent in the areas of Tanzania that it’s running in, is strong evidence of this. By playing an advisory role that draws upon the soda company’s “intellectual infrastructure,” that enables it to reach 20 million retail points of sale every week, Coca-Cola has helped Tanzania’s public health department develop the basics of supply-chain management.

We too call upon the corporate intelligence of our partners across various issues— most recently, Johnson & Johnson’s input has been critical in our newly launched campaign to encourage G20 leaders to address the highly complex issue of pandemics. And indeed we should seek advice from the largest healthcare company in the world, that has existed more than a century longer than our own. Moreover, their social impact program has existed for nearly 75 years. And they do it because they are equipped to do so “We have both the privilege and the obligation to use our size and breadth to bring together the best and brightest minds as well as building partnerships in every corner of the globe to ensure healthier lives” according to their Worldwide Vice President Corporate Affairs & Chief Communication Officer, Michael Sneed.

And at last year’s Global Citizen Festival, HP and Microsoft announced that they were going to draw upon their existing capabilities to help some of the world’s 65 million refugees. Through the provision of technology and training at a value of more than $1 million, HP promised to help refugees, alleviate poverty, and improve the lives of over 100,000 people in the coming year. While Microsoft stepped up with a five-phase holistic plan to ensure better futures for thousands of displaced people through a range of mechanisms from digital literacy courses to Skype translator support for partner relief organizations.

Nate Hurst, Chief Sustainability and Social Impact Officer at HP expressed the efficacy of nonprofit and private sector partnerships “Partnering with both public and private organizations, like USAID, Microsoft, International Media Corps, and Global Citizen, enables us to scale and accelerate social impact.”

Read More: 150,000 Refugees Are Being Educated, Thanks to These Businesses

Citizens and governments can do much to end poverty and stop climate change, but they can’t do it all by themselves. That’s why Global Citizen is committed to working with the private sector, and finding ways to harness their unique skills to achieve the Global Goals for Sustainable Development.