Though it may seem like a no brainer, it turns out water matters a lot.

Why does water matter?

It seems like a silly thing to ask, because of course it matters. We’re made of it, we’re surrounded by it, we consume it and grow with it. Water is a necessity of life. Obviously.

So why is it that 663 million people don’t have access to clean water?

Why is it that 946 million don’t have access to proper sanitation?

Why does access to clean water matter? Because without it, billions of hours are wasted walking to streams and tributaries. Without clean water, economies are stunted and families are crippled. Millions of young girls and women are forced out of school. Countless stomachs are unfed.

Why does water matter? Because without clean water the cycle of poverty continues.

But once access to clean water is achieved, everything changes.

According to Margaret Catley-Carson, Vice Chair, World Economic Forum, water is the most important part of infrastructure. “Water is an astonishingly complex and subtle force in an economy,” said Catley-Carson. “It is the single constraint on the expansion of every city, and bankers and corporate executives have cited it as the only natural limit to economic growth.”

With access to clean water and sanitation, societies evolve, from the everyday welfare of people to how the economy operates.

Water becomes everything. In Africa alone, over 40 billion hours were wasted walking to gather water. What’s worse is that two thirds of that time was spent by women and girls. 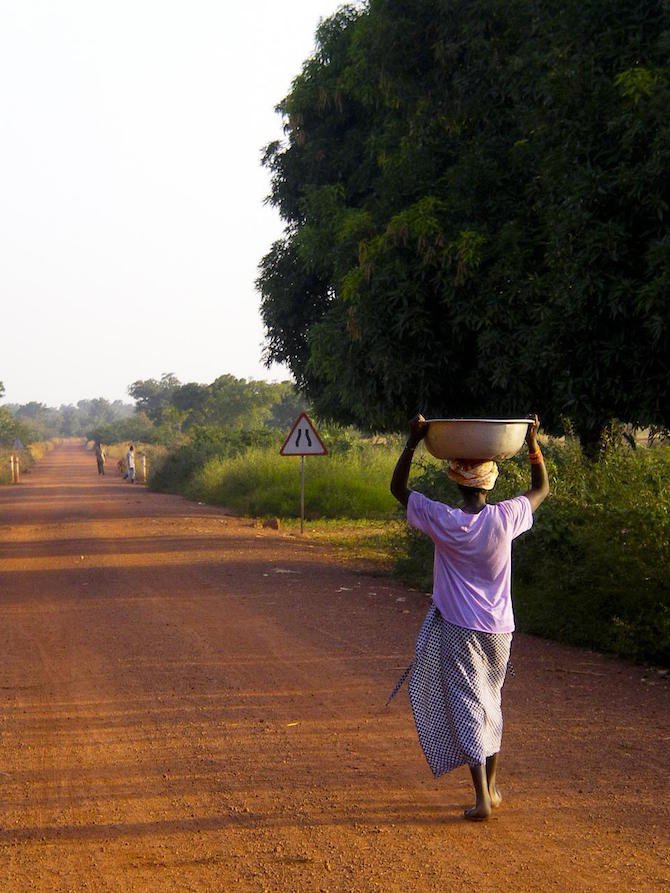 A woman bringing water back to her site, 2007
Image: Nathan Laurell/ Flickr

When people get access to clean water, they can spend time on family- and community-building projects. Sustainable access to clean water enables agriculture, allowing people to grow food, learn trades and generate incomes. It then allows children to go to schools because they no longer have to fetch water. When schools get clean water and sanitation, girls are more likely to stay in school.. This virtuous cycle continues and life improves.

And it all starts with clean water.

The clearest effect water has is on health and wellbeing. According to the United Nations, as much as 80 percent of illnesses and deaths in the developing world are caused by waterborne diseases. With access to proper filtration techniques and technology, that number can be severely reduced. 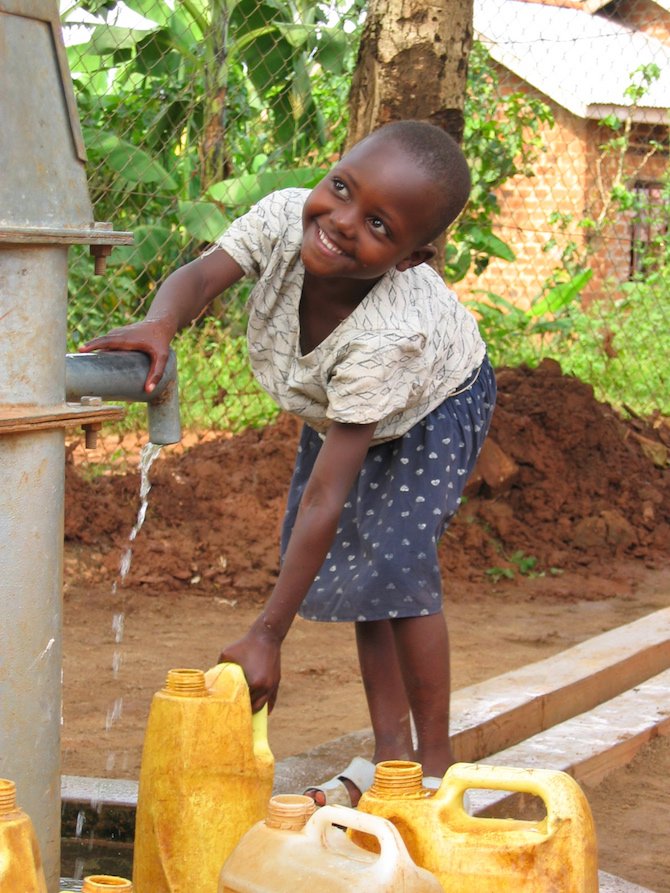 Poor access to clean water has the biggest impact on the very young, whose immune systems are still developing. Some of the most dangerous diseases in the developing world live in dirty water, such as different types of diarrheal disease, Typhoid and Dysentery. According to Unicef, “nearly one in five children under the age of five dies as a result of dehydration, weakened immunity or malnutrition associated with diarrhoea.”

This speaks to the disconnect between those who have access to clean water, and those who do not. Diarrhea caused by pathogens in water kill an estimated 1.5 million children annually. In the developed world, diarrhea tends to be nothing more than a nuisance.

The diseases caused by lack of clean water have far-reaching implications. Sick people are unable to do things such as go to work and harvest crops. Sick people need someone else to take care of them, and so every time someone falls ill, it takes at least two people out of the work force. Illnesses need medication, and medication costs money, which could have instead gone to school supplies or equipment. Students can’t go to school while sick, which perpetuates the cycle of poverty.

Speaking of education, lack of clean water and sanitation has a massive effect on student enrollment. In sub-Saharan Africa, girls are twice as likely to gather water for the family than boys. These trips involve walking for hours, while carrying pounds and pounds of water. Some people walk more than six hours a day to provide water for their families.

And all that time spent gathering water is time not spent in school, gaining the knowledge and skilled needed to break out of the cycle of poverty.

Unfortunately, a lack of sanitation in schools has the biggest effect on girls. According to an article in A Global Village, 1 in 10 African girls do not attend school during menstruation, or drop out of school at puberty due to a lack of clean toilets and private sanitation facilities. Other studies suggest that the number is significantly higher. 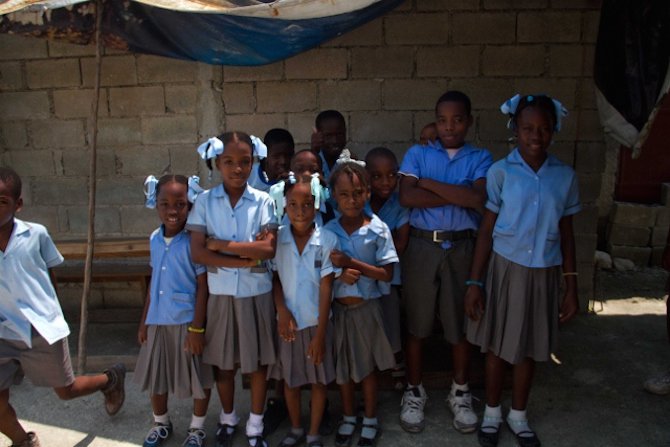 This lack of proper sanitation drives millions of young girls away from school, further cultivating the relationship between unclean water and poverty.

Everything stems from water and sanitation. Roughly 80 percent of wastewater in rural Africa goes back into the ecosystem, untreated. This in turn goes back to the rivers and tributaries that people drink from, clean with, and irrigate with.

According to the UN, “contaminated water from inadequate wastewater management provides one [of] the greatest health challenges restricting development and increasing poverty through costs to health care and lost labor productivity.” 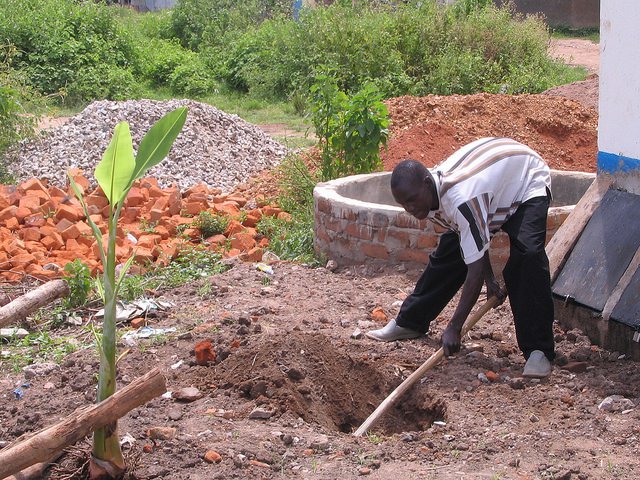 It also takes a huge amount of water to grow crops. 70 percent of global water usage goes to agriculture and irrigation, whereas only 10 percent of it goes to domestic uses. With access to clean water, families can start their own gardens and begin farming for themselves.

As you can see — water matters.

And while there are still millions of people who need better access, things are getting better. Access has been improving consistently for the past decade, and more people have access to sanitation facilities now than ever before. In the world, access to improved sanitation has gone up five percent since 2006. While that may not sound like much, that’s about 350 million people. Access to an improved water source has gone up 5.1 percent since 2006, affecting roughly 357 million people.

Water affects every aspect of life, from health to prosperity. As we raise awareness, we can help people around the world. But talking about it is the first step. An open dialog can lead to change.