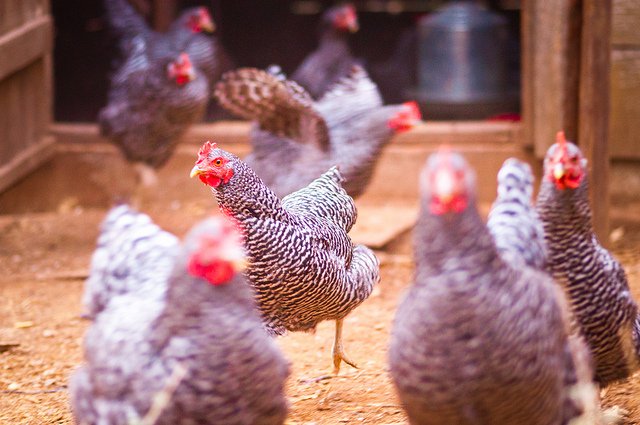 In our ever-growing, interconnected world, where ideas and commodities flow more or less freely, diseases have the potential to ravage countries. As the World Health Organization (WHO) notes, “[w]ith the growth of global trade and travel, a localized epidemic can transform into a pandemic rapidly.”

As evidence of the increasing global risk of a pandemic, Bird Flu was detected in a Tyson-contracted farm in Tennessee this past week. Reports thus far indicate that 73,500 birds on the Tennessee farm will be culled, or killed, to prevent the disease from entering the food supply. Meanwhile, farms within a 6.2 mile radius were placed in quarantine, awaiting tests.

This outbreak, although genetically distinct from recent outbreaks in China, is one of a string of current outbreaks across the world, including in France, Dhaka, and South Korea, that has the WHO closely monitoring and preparing.

Read More: The World Now Has An Insurance Policy Against Epidemics

The ease at which diseases spread poses serious health risks across the globe. Disease in developing countries can lead to disease in the United States, and other industrialized nations. That’s why viruses like Ebola and Zika caused such panic. Thus, disease prevention and preparedness should be a pressing concern and priority for the entire world.

Epidemics disrupt health, security, and economic stability. While the recent Tennessee outbreak is not expected to halt the food production of Tyson, the biggest United States producer of chicken meat, the risk of adverse impacts on food supply, pricing, and availability are always present when outbreaks occur.

In fact, this Tennessee outbreak has already made disruptions on the Asian market, as South Korea, Japan, Hong Kong and Taiwan are limiting their importation of U.S. poultry.

This is a common trend following disease outbreaks, as China has not imported poultry from the U.S. since 2015 due to an epidemic then, causing a shortage of poultry and a raise in consumer prices. Similarly, South Korea banned imports of U.S. poultry in early 2015, before resuming again in 2016 for 8 months.

While strides have undoubtedly been made in pandemic preparedness following the global H1N1 outbreak in 2009-2010 and more recently Ebola and Zika outbreaks, there is still much work to be done. According to the WHO, since 2013 there have been 1,258 confirmed human cases of the H7N9 strain of influenza alone, with 328 deaths.

Organizations, such as the newly formed Coalition for Epidemic Preparedness Innovations (CEPI), aim to build an effective infrastructure ready to respond at the early signs of an outbreak, to halt any global ripple effects. However, the CEPI, much like the WHO Contingency Fund for Emergencies (CFE) faces gaps in funding necessary to make disease preparedness a reality.