Poaching Leaves Teenage Female Elephants in Charge of Their Herds 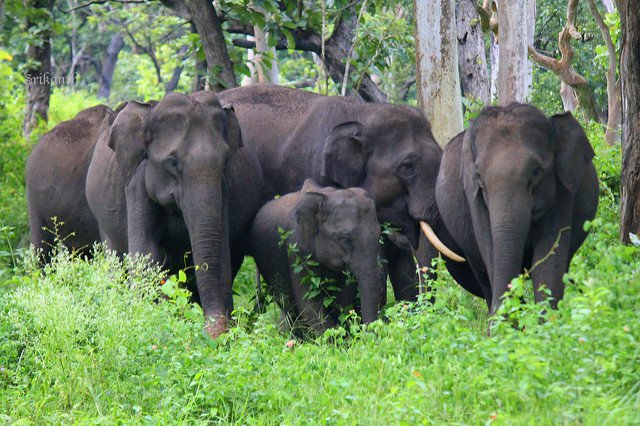 Female teenage elephants are taking over as the matriarchs of their families after losing their mothers to ivory poachers, according to a report in the New York Times.

Among the world’s most intelligent creatures, elephants’ societies are matriarchal and females have a very important role to play.

In Samburu National Reserve in Kenya, a mother elephant becomes the matriarch around age 35. However, ivory poachers are forcing elephants as young as 15 years of age to become the heads of their families, according to the New York Times.

The constant poaching of elephants by hunters who trade in their tusks means that many elephant matriarchs are being killed off before their time, forcing adolescent female elephants to step in and take their roles.

The matriarch of an elephant family is usually the oldest female in the family, according to the International Fund for Animal Welfare. Males leave their families at puberty and become socially independent, while female elephants stay with their families their whole lives. Elephant calves are raised around their mothers, sisters, aunts, and grandmothers.

Ivory, the hard, white material that makes up the tusks of elephants, is used to make luxury goods like billiards balls, piano keys, and jewelry. While ivory and ivory products are banned in many countries, illegal hunting of elephants continues to be rampant. From 2010 to 2012 alone, about one-fifth of Africa’s elephant population was wiped out by poachers, according to Save the Elephant.

Because matriarchs are older than other elephants in the herd, they have longer tusks, making them a target for poachers.

"Female Elephants Follow in Their Mothers’ Footsteps" by AMY YEE via NYT https://t.co/Jh2xq92DAT#newpic.twitter.com/gccwRQfQSo

Older females know reproduction patterns, migration routes, and how to respond to threats from enemies. Thus, the loss of the older, experienced matriarchs are felt by all in the family. Orphans will often lead entire families, rebuilding their lives after the deaths of older elephants.

In India, poaching elephants can lead to 7 years in prison. Earlier this year, China, a major source of demand for African ivory, widened its ban on ivory import. In 2014, Kenya increased the punishment for poaching and wildlife trafficking to a fine up to $200,000, or even life imprisonment.

If poaching and ivory-trading laws around the world aren’t strictly enforced, the world could soon lose all of these gorgeous, majestic, and intelligent animals.