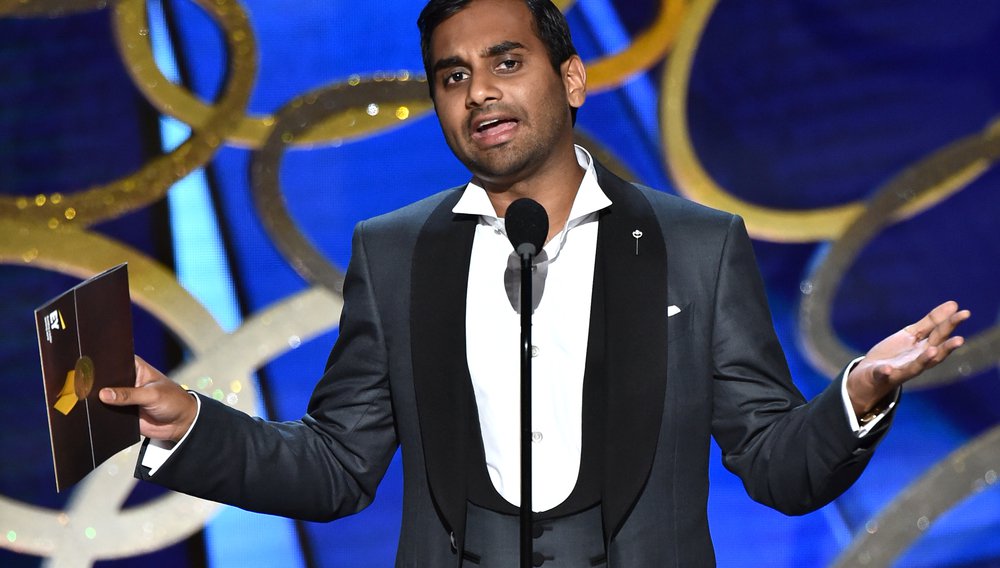 The news that Aziz Ansari — comedian, actor, and writer — will host this coming weekend’s episode of Saturday Night Live left many in breathless anticipation.

While Ansari’s experience makes him a natural fit (he’s a longtime standup comedian who starred on a hit sitcom and has his own Netflix series), SNL’s announcement was lauded in ways most SNL hosts don’t receive.

AZIZ ANSARI IS HOSTING #SNL ON JANUARY 21st SO NO I AM NOT OKAY pic.twitter.com/swNi4n9eU7

That’s because Ansari will be the third Asian ever to host the show, and the first-ever South Asian-American to get the gig. SNL has had a total of 826 hosts since the show began in 1975.

Only Jackie Chan and Lucy Liu have represented Asians and Asian-Americans, respectively, as hosts on the show. They both did so in 2000, 17 years ago.

The announcement of Ansari’s SNL debut was accompanied with a renewed interest in SNL’s and Hollywood’s diversity problem.

Aziz Ansari will be the first South Asian host on SNL. Working towards diversity. https://t.co/0WxEOjEvyU

Ansari was born in South Carolina, to Muslim immigrants from the Tamil region of India. He became known for his role of Tom Haverford in the NBC comedy Parks and Rec, as well as for his stand-up comedy routines and his 2015 book “Modern Romance.”

In 2015, Ansari released a Netflix original series, “Master of None” that confronted some of the stereotypes of Asians in US television and pop culture.

He has been outspoken about the lack of visibility for Asian-Americans and non-white actors in Hollywood.

“Even at a time when minorities account for almost 40% of the American population, when Hollywood wants an ‘everyman,’ what it really wants is a straight white guy,” Ansari wrote in a New York Times op-ed in 2015. “But a straight white guy is not every man. The ‘everyman’ is everybody.”

The push for more diversity in Hollywood, however, is not necessarily funded only by the desire for inclusion of different voices, but rather to accommodate shifting market demographics.

“Hollywood is responding partly to market conditions,” Lauhona Ganguly, a professor at the School of Media Studies at the New School, told Global Citizen. “Predominantly it has catered to the white market.”

Now, as demographics shift, with Asians surpassing Hispanics as the fastest growing racial group in the United States, entertainment producers are hoping to latch onto a growth market.

“Everyone seems to be becoming slowly aware of how overwhelmingly white everything is,” Mr. Ansari told the New York Times last year. “It’s almost like the whole system is slowly being shamed into diversity, but it’s moving at a snail’s pace.”

Perhaps what’s truly symbolic about SNL’s decision to tap Ansari for the first post-inauguration show is not that it breaks a racial barrier that should have been broken a long time ago, but that it sends a political message.

Ansari has been openly critical of President-Elect Donald Trump, as has SNL with its scathing portrayal of the real estate tycoon by Alec Baldwin. In June, Ansari penned an open letter in the New York Times: “Why Trump Makes Me Scared for My Family.”

“Today, with the presidential candidate Donald J. Trump and others like him spewing hate speech, prejudice is reaching new levels,” he wrote. “It’s visceral, and scary, and it affects how people live, work and pray.”

Ansari’s SNL debut coincides with a host of marches happening around the world in protest of Trump’s policies toward women, Muslims, and minorities.

“Particularly in this period in the Trump era, comedy has to decide what role it wants to play,” Ganguly said. “I think SNL is positioning itself to occupy a space that perhaps John Stewart did earlier.”

By choosing a first-generation, Southern, brown-skinned, son of Muslim immigrants to host the first of its post-Inauguration shows, SNL seems to be making a statement about the vision of America it hopes to promote in 2017 and afterward.

And this, more-so than Ansari’s distinction as first South Asian-American host of SNL, should inspire future generations of actors, writers, and comedians to become engaged.