"I'm not going to take the BS anymore."

Emmy, Grammy, Oscar, and, Tony award winner Whoopi Goldberg is no stranger to the spotlight.

And on Saturday night, Goldberg stood in front of 60,000 Global Citizens on the Global Citizen Festival stage to speak about a topic very dear to her own heart: HIV/AIDS.

"I wish you could see what I see because when I look out at all of this I think you can change the world," Goldberg said, looking out at the crowd.

"When I was younger a terrible epidemic hit us," she said. "It marked a generation of people, and people have fought hard and long to find a cure."

HIV/AIDS survivors, Goldberg said, need to find the support of people who "will stand with them and say 'I love you, no matter what.'"

She then got the crowd involved with a powerful call and response. 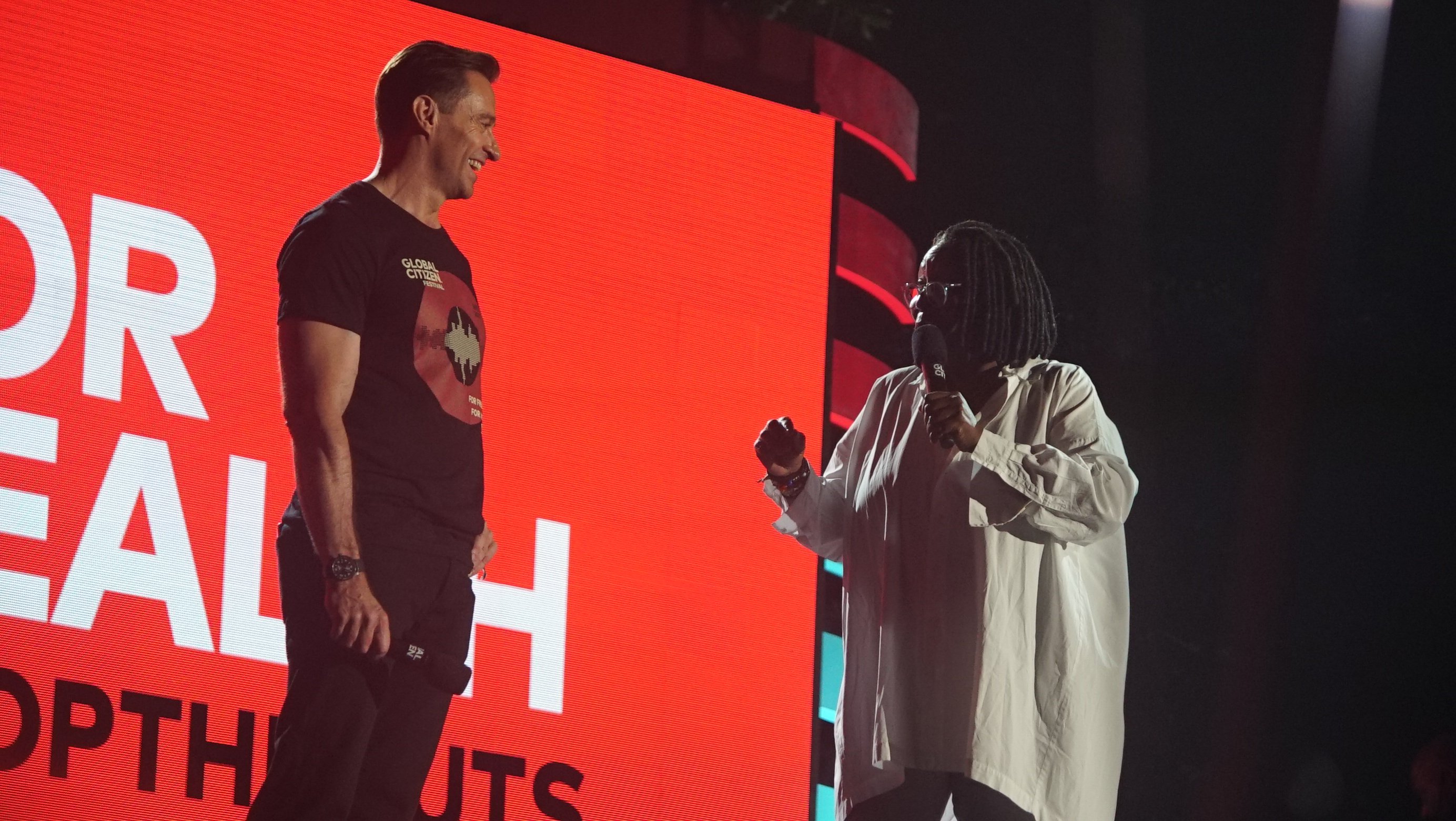 "You're okay with me, and I stand with you," she said — to which the crowd of 60,000 responded with the same nine words.

Golberg has been an outspoken advocate for people who suffer from HIV/AIDS, which continues to affect 36.7 million people around the world.

In 2003, she became a UNICEF Goodwill Ambassador for HIV/AIDS. According to Out, her activism on the issue dates back 30 years. She was honored in 2016 with an Elizabeth Taylor Legacy Award For AIDS Activism.

Over the past six years, Global Citizens have taken 1.47 million actions for increasing access to global health services, including HIV/AIDS treatment. Those actions have led to 48 commitments by governments, and are set to affect 626 million people by 2030.

"This is how we change the world, one person at a time," Goldberg said. "I'm not going to take the BS anymore."

Goldberg then introduced Johnson & Johnson's Dr. Paul Stoffels, who announced a breakthrough in large scale efficiency testing of an HIV in humans.

"We've been waiting for this for a long time, baby," Golberg said of the announcement.