A bad-ass feminist comedian you’ve never heard of, a moving story of separation, and a classic. 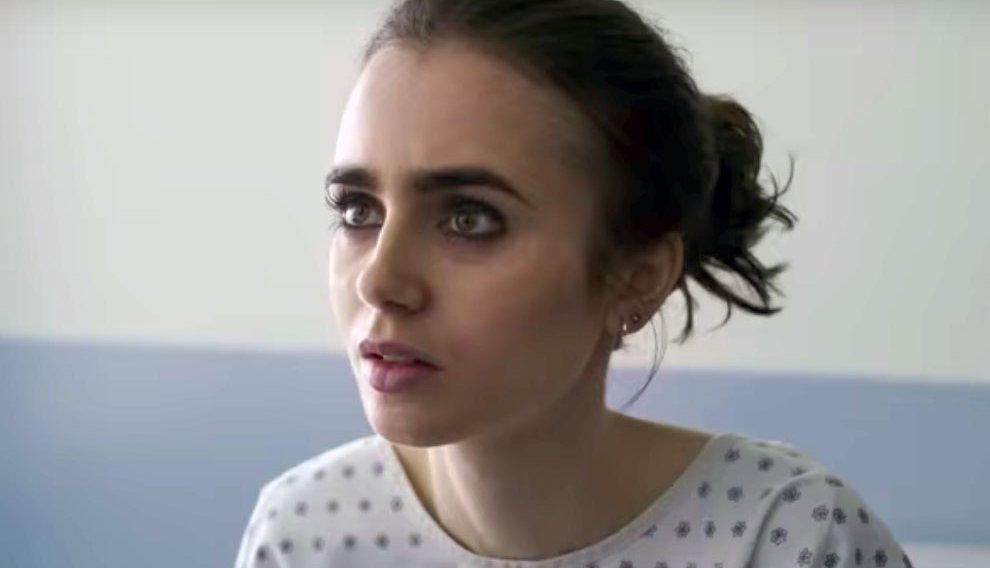 Ah, July! A month of barbeques, celebrations of independence, and spending all day on the couch watching Netflix.

Each month, the streaming giant releases a new spate of movies, series and documentaries for its estimated 100 million subscribers worldwide to consume.

Global Citizen has waded through the hundreds of new releases to find the very best films for Global Citizens, films that will expand your world, teach you something, and let you gawk at Leonardo DiCaprio.

Here’s what we’re watching on Netflix this July:

A film that’s already drummed up quite a bit of buzz, for both good and bad reasons, “To The Bone” tackles anorexia, an eating disorder that affects one in every 200 American women. It follows Ellen, a woman in her early 20s who suffers from anorexia and bulimia, but attempts to convince herself that her disease is under control.

Director Marti Noxon, who herself struggled with these diseases throughout her twenties, worked with Project Heal to produce the film in a way that’s “truthful” without being “exploitative,” she wrote on Twitter.

As climate change begins to affect ecosystems around the world, some of the most visible damage is taking place in a location that’s largely unseen. Along the coast of Australia, the Great Barrier Reef, a formation of coral half the size of Texas has experienced back-to-back “mass bleaching” events, causing large swaths of this natural landmark to die, the Huffington Post reported.

As oceans warm, the colorful algae that live within the coral and sustain them, turn white and die, according to HuffPo.

In this documentary, which premiered at Sundance, a collection of scientists and filmmakers have teamed up to bring awareness to the plight of the world’s colorful coral.

We’ve extolled the virtues of this film before, here, and here, oh, and here, but that was before this Oscar-nominated film came to Netflix.

Based on a true story, “Lion” follows Saroo Brierley, an Indian boy who, at a young age, is separated from his family and eventually adopted by a couple in the farthest reaches of Tanzania, Australia. Switching between the crowded streets of Kolkata and the vast natural beauty of Tanzania, “Lion” comes full circle as Saroo searches for his long-lost family.

It is a striking story, but one that is underlied by a real problem in India: that of lost children. Each year, an estimated 80,000 Indian children are lost in the crowded of streets of the rapidly-developing nation, overwhelming local adoption agencies.

“Lion” partnered with three organizations — Magic Bus, Childline, and Railway Children — that work with these lost children to help them find a home.

A 2013 Bollywood drama, “Liar’s Dice” also considers the phenomenon of displacement in modern India. But this time, it’s a young woman who searches for her husband — who after moving to Delhi in search of a job in construction, disappears without a trace. The film follows Kamala as she embarks on a roadtrip in search of her missing husband, along with her daughter and their pet goat.

Addressing India’s rural-urban inequities and its persistent patriarchal norms, “Liar’s Dice” is an classic adventure story that packs in important social messages throughout.

It’s a stretch, we know, but “Titanic,” one of the highest grossing movies of all time, does have a few hidden messages for Global Citizens. Starring Leonardo DiCaprio and Kate Winslet, “Titanic” is at once a rumination on social class differences, a cautionary tale about the folly of underestimating natural disasters, and the movie that catapulted one of the world’s greatest climate change activists to fame.

Read More: 11 Quotes That Show Leonardo DiCaprio Is a Champion of Planet Earth

Just make sure you compost your tissues after watching.

Hot take: we’re in a golden era of streaming comedy specials. From Hasan Minhaj’s “Homecoming King,” which addresses the challenges of growing up the brown, Muslim son of immigrants in America, to Trevor Noah’s “Afraid of the Dark,” on being black and South African in America, to Sarah Silverman’s spiritual yet still sassy “A Speck of Dust,” it’s a good time to be laughing until you cry.

Enter Aditi Mittal. In “Things They Wouldn’t Let Me Say,” Mittal’s special reflects upon gender roles, beauty standards, among other topics, in what the Hindustan Times has called “gender revolution rich” comedy.

The Puerto Rican migrant experience is a tough one to capture, being as it is a linguistic and physical dislocation without being a national one, but “Victor,” a 1960s-set biographic drama attempts to do just this.

The film dramatizes the true story of Pastor Victor Torres, who found faith after struggling with addiction, and now runs a social outreach program, “New Life for Youth,” which is active in the United States and other countries, including Ghana, Peru, and Brazil.