T-Swift, Lady Gaga, Demi Lovato are just some of female celebs backing her. 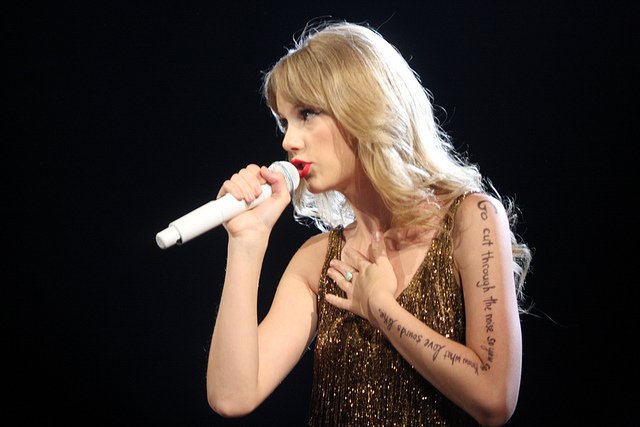 Taylor Swift donated $250,000 to support Kesha with “any financial needs during this trying time.”

Kesha has been battling her producer Dr. Luke and Sony to be released from her contract. The reason she wants out of her contract? She filed charges against her producer for abuse and sexual assault in 2014, claiming he had forced her to take drugs, and raped her.

Kesha's allegations are disturbing and saddening. The hardest part of this lawsuit for Kesha is that because of her contract with producer Dr. Luke and Sony she can’t record music anywhere else. So during the lawsuit she is constrained from working. And last week, a court ruled in favor of Sony saying she is still bound to her contract. Kesha will be required to create six more albums with Kemosabe Records, Dr. Luke’s section of Sony records.

Kesha claims that she was afraid to speak out for years while in a situation she alleges included an older man having control over her finances (Dr. Luke reportedly withheld royalties--major source of income for the singer for years).

Kesha's allegations have not been proven in a court of law, and have been denied by Dr. Luke. If the allegations are proven true, then Kesha would be part of an estimated 35 percent of women in the world have encountered sexual assault or physical violence by a non-partner during their life. When you include partners, some national studies estimates sexual assault and violence (including verbal, psychological and physical) against women increases up to 70 percent. globally.

So much of this violence stems from inequality.

Legal laws around the world prevent women from accessing bank accounts, generating incomes for themselves and contributing to the global economy. Check out these 7 laws you won’t believe exist!

These laws need to change. And, as with celebrity feminists supporting Kesha, powerful artists are addressing issues of gender inequality that exist in societies like never before.

Celebrities have powerful voices and the ability to influence and reach people throughout the world. Through their solidarity, female artists standing for women’s rights can influence and shape global policies.

Demi Lovato had this to say:

Someone tell me why anyone would ever feel brave enough to come forward if they are most likely to be ignored or called a liar?

Frustrating to see women come forward with their past only to be shot down, not believed & disrespected for their bravery in taking action

Lady Gaga showed her support and admiration for Kesha bravery.

There are people all over the world who love you @KeshaRose. And I can say truly I am in awe of your bravery.

My heart is with @KeshaRose. 💜

And Iggy Azalea made clear she believes Kesha should be able to work and create and leave her contract.

Im not accusing anyone of anything, but i believe Kesha deserves the ability to move forward, create and earn a living.

Jojo understand the facts are less important than owning your voice. Which is why it’s inspiring to see the outpour of support for women’s rights, equality, and creative and economic freedom.

I don't know all the facts, of course, but the bottom line is: it is a terrible feeling to not own your voice/ be able to release music.

Happens way too often. I'm ready for women to be taken just as seriously as men..