10 Things Global Citizens Should Be Watching on Netflix in May

Brb, we're about to watch 'Coco' on repeat. 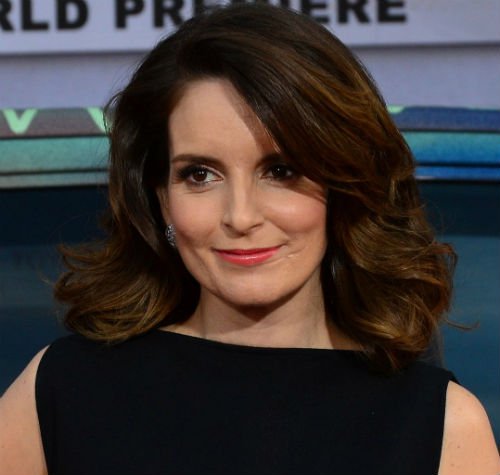 Another month, another lengthy list of shows and movies hitting our Netflix watch list. While the options can seem endless and overwhelming, we have helped to narrow it down to a few of our favorites. Many of these releases touch on subjects that Global Citizens are passionately taking action on, including fighting against climate change, empowering girls and women and other issues related to ending extreme poverty.

Here are our picks for shows and movies Global Citizens should stream all month long:

May 4: ‘My Next Guest Needs No Introduction With David Letterman: Tina Fey’ Talk Show

Comedy queen Tina Fey speaks candidly about her family, the culture of SNL, and one of her biggest regrets.

Dropping on Mother’s Day, Ali Wong’s comedy special gets appropriately honest about the challenges of motherhood.

The first six episodes of the Netflix hit comedy series will debut on May 30, where the show will continue to follow Kimmy Schmidt’s journey to adjust to 21st century life and forge a sense of independence.

Hedy Lamarr was a movie star by day and technological trailblazer by night as she created a revolutionary radio guidance system during WWII. The film highlights a brilliantly accomplished woman who was originally dismissed as too pretty to be smart and her continued legacy as a role model for girls everywhere.

While summer may be rapidly approaching it is back to class at Winchester University on May 4th with the second installment of “Dear White People.” The series follows the experiences of students of color at a elite and predominantly white university and uses satire to break down pressing topics of sex and gender norms, identity, and cultural appropriation.

Comedian Hari Kondabolu’s stand-up special tackles issues of family, identity and politics in a way that is both humorous and educational.

May 24: ‘Survivors Guide to Prison’ Documentary

Matthew Cooke’s in-depth journey into the criminal justice system of America presents an eye-opening look into why a supposedly free society incarcerates so many of its citizens. The film presents itself as a guide to survival in a country with more prisons than universities and within a system that stacks the deck against those who are most vulnerable.

The Oscar-winning film explores themes of family, legacy, and spirtuality through it's emotional musical numbers and stunning animations.

The third installment of the Emmy-nominated series tackles the truth behind evolution, the impact climate change has on foods of the future, and what could happen with our dwindling water resources. Nye’s enthusiastic and educational lessons are critical at a time when climate change is causing irreversible damage and millions are on the brink of starvation worldwide.

The documentary follows terminally ill patients during their end of life journey and provides an insightful perspective on the critical role medical professionals play in the lives of their patients.