What does the year of the Monkey mean for global citizens?

As February 8th marks the start of Chinese New Year, here’s a quick look at the year of the Monkey. 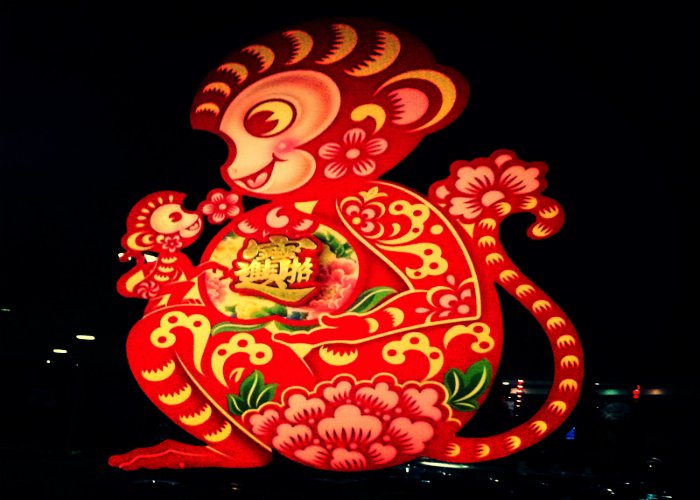 This week marks the beginning of Chinese New Year!

Chinese New Year celebrates the start of the traditional lunar calendar, which begins on February 8th this year. Also known as Lunar New Year or the Spring Festival in China, the holiday starts on the night of the second new moon of the winter solstice. The celebrations span 15 days and end with the Lantern Festival. It’s celebrated by people in China and the Chinese diaspora worldwide.

China’s biggest holiday is a time of festivities, fireworks, family reunions, and lots of food.

And let’s not forget the red envelopes stuffed with money.

In Chinese tradition, each year is named after an animal in the Chinese zodiac. The zodiac signs are based on the year of your birth and go through 12 year cycles, starting with the Rat and ending with the Pig. Everyone has a zodiac animal. It’s kind of like having a spirit animal, with each one having its own special qualities. You can find out your animal here.

If your birth year falls in the year of the Monkey, then 2016 is your year.The monkey is the 9th sign in the Chinese zodiac. The number 9 is lucky because it symbolizes longevity. It’s also a homophone for the Chinese word meaning “long-lasting.”

2) Monkeys have quite cheeky personalities.

People born in the year of the Monkey are believed to be smart, ambitious, energetic, and adventurous. They’re also really playful, since monkeys are notorious for mischief. Some famous monkey people include Hugh Jackman, Kristen Bell, and Will Smith.

Speaking of monkeys, did you know nearly half of all primates are threatened with extinction? As people ring in the year of the Monkey, let’s not forget to help out these awesome monkeys  and other endangered animals from hunting and habitat destruction.

3) Red is THE color of Chinese New Year.

The color represents good fortune and prosperity. Red is everywhere and on everything during New Years. People wear red on New Years to keep away evil and bring good luck.

In China alone, almost 3 billion trips will be made as people hurry to their hometowns or travel destinations to usher in the new year.

That’s a lot of people moving at once.

More people might be having children in the Year of the Monkey. Following a belief that babies born in 2015, the year of the Sheep, would endure a lifetime of bad luck, some couples have actually postponed plans for children until 2016. While there hasn’t been a significant change in the Chinese birth rate, demographers described the superstition as a social phenomenon mostly in northern China. But with the implementation of China’s new two-child policy, there just might be a baby boom in 2016.

6) This year’s corresponding element is fire.

You might be hearing a lot about the “red fire monkey.” That’s because this year’s element is fire. It’s one of the 5 Taoist elements. Fire represents passion, life, and creativity. But it could also mean anger and conflict. In 2016, global citizens can channel their fire and passion into building a better future for the world’s people and the planet.

Superstitions aside, Chinese New Year is just a great opportunity for people to come together and celebrate life.

As global citizens, let’s use the energy of the year of the Monkey to make great strides in realizing the Global Goals and ending extreme poverty by 2030!