10 Photos of Activism and Adversity From This Week

From natural disasters to public demonstrations, these photos capture moments of challenge.

Why Global Citizens Should Care
From devastating natural disasters to young activists fighting for what they believe in, these photos show why it's more important than ever to commit to achieving the Global Goals. You can join us in taking action here.

Natural disasters struck communities across the globe this week. In the US, Hurricane Florence wreaked havoc on the Carolinas, after making landfall last Friday. North and South Carolina faced intense winds and received record amounts of rain and flooding. During the storm, more than one million people lost power and 42 deaths have been confirmed, the Guardian reports.

Communities in the Philippines have also been reeling after a typhoon caused severe flooding and deadly mudslides, while the impact of climate change was also felt in Mexico, where heavy rains flooded several neighborhoods.

In Puerto Rico, people took to the streets on the anniversary of Hurricane Maria in remembrance of their loved ones on Thursday. A year after the storm, Puerto Ricans are still suffering from the devastating storm that destroyed much of the island's infrastructure and killed 2,975 people.

These are this week's most striking photos. 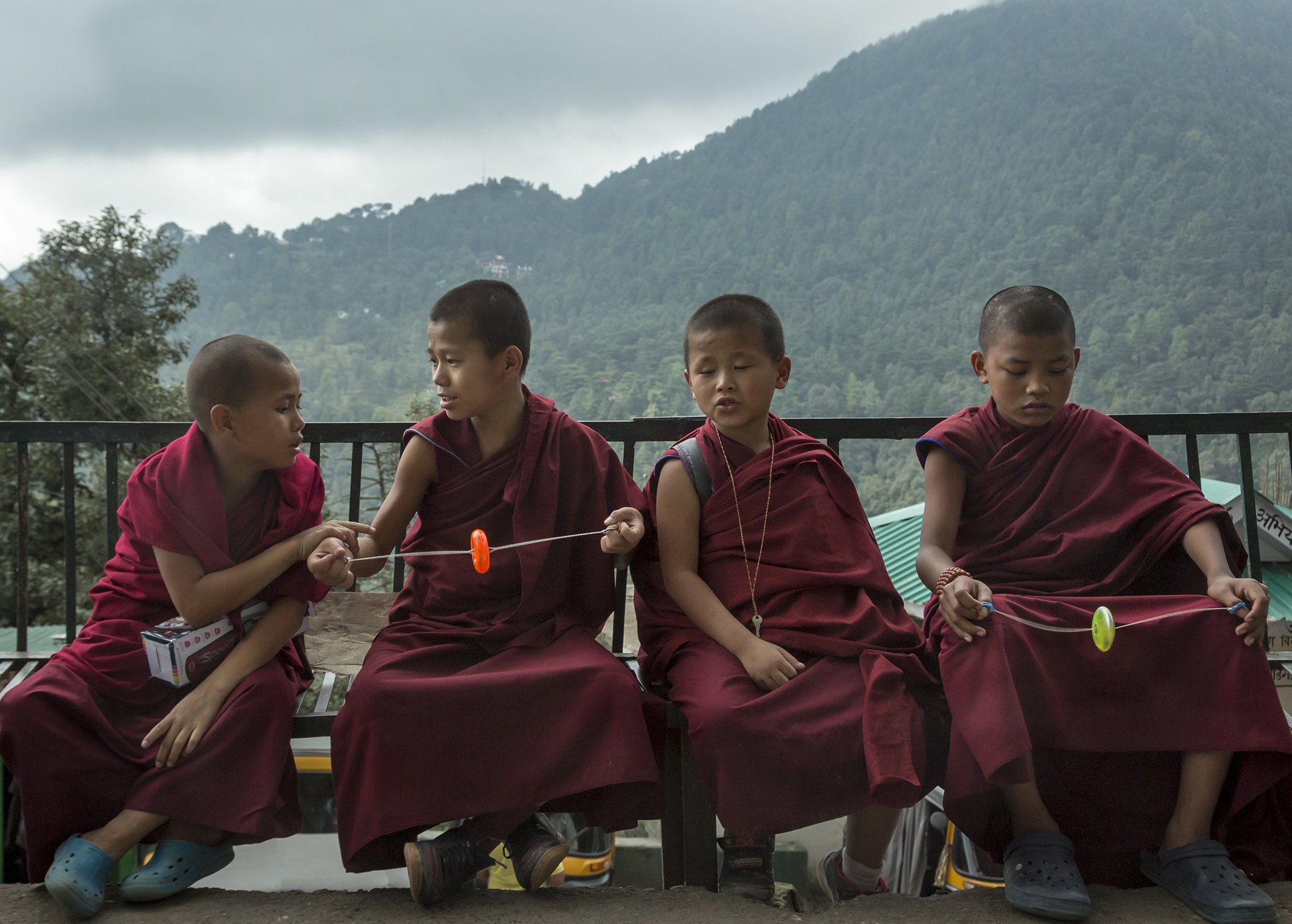 1. Young Buddhist Monks: Novice Buddhist monks play with string toys bought from a local fair in Dharmsala, India, on Sept. 20. The north Indian hill town of Dharmsala became the base of a Tibetan government-in-exile after their spiritual leader the Dalai Lama fled a Chinese military crackdown in Tibet in 1959. 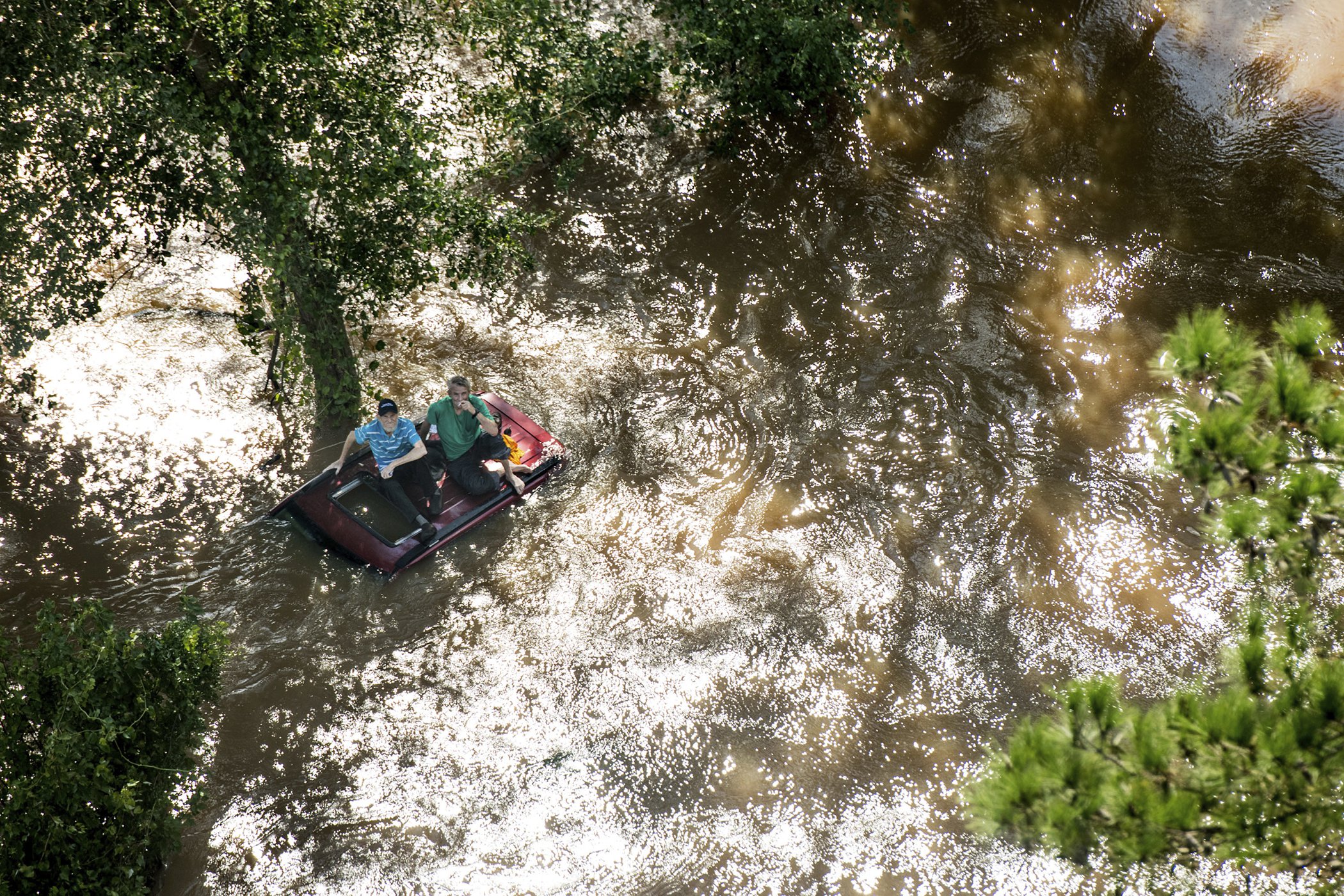 3. Hurricane Maria One Year Later: A fishing pier destroyed by Hurricane Maria stands in the town of Punta Santiago, Humacao, Puerto Rico, on Monday, Sept. 17. A year ago Thursday, Hurricane Maria slammed ashore in Puerto Rico, decimating the island's power grid, ripping the roofs off houses and causing the deaths of 2,975, according to a study performed by George Washington University's Milken Institute School of Public Health. 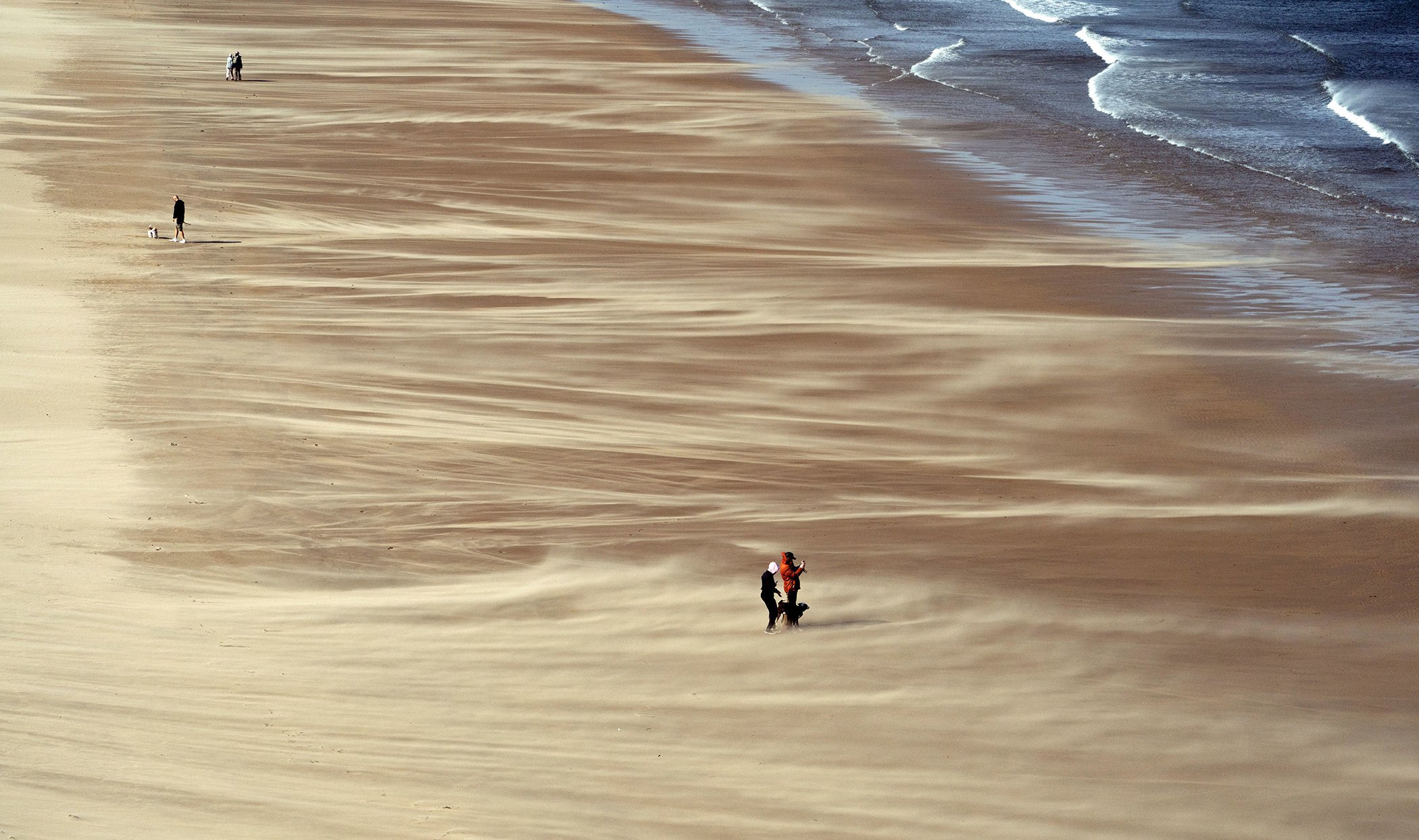 4. Weather in England: People walk along Tynemouth Beach on the North East Coast of England, as forecasters warn about strong storm winds across the region on Sept. 19. An amber warning has been issued Wednesday, covering Northern Ireland, northern parts of England and Scotland.

5. Flooding in Mexico: People look at a flooded street in Culiacan, Sinaloa State, Mexico, on Sept. 20. Heavy rains have flooded different neighborhoods of Culiacan in the last hours.

6. Yom Kippur: Ultra-Orthodox Jews of the Vizhnitz dynasty gather on a beach near the Mediterranean Sea as they practice Tashlich ceremony on Sept. 17 in Herzliya, Israel. Tashlich is a customary Jewish ritual performed near a natural body of flowing water in which the prayer throws his sins into the water before Yom Kippur.

7. Rally in Support of Puerto Rico: People march in New York following a service at St. Bartholomew's Church for the one-year anniversary of Hurricane Maria, which cut through Puerto Rico exactly one year ago on Sept. 20. The evening service sought to celebrate and remember the lives of the nearly 3,000 people who died as a result of Hurricane Maria. 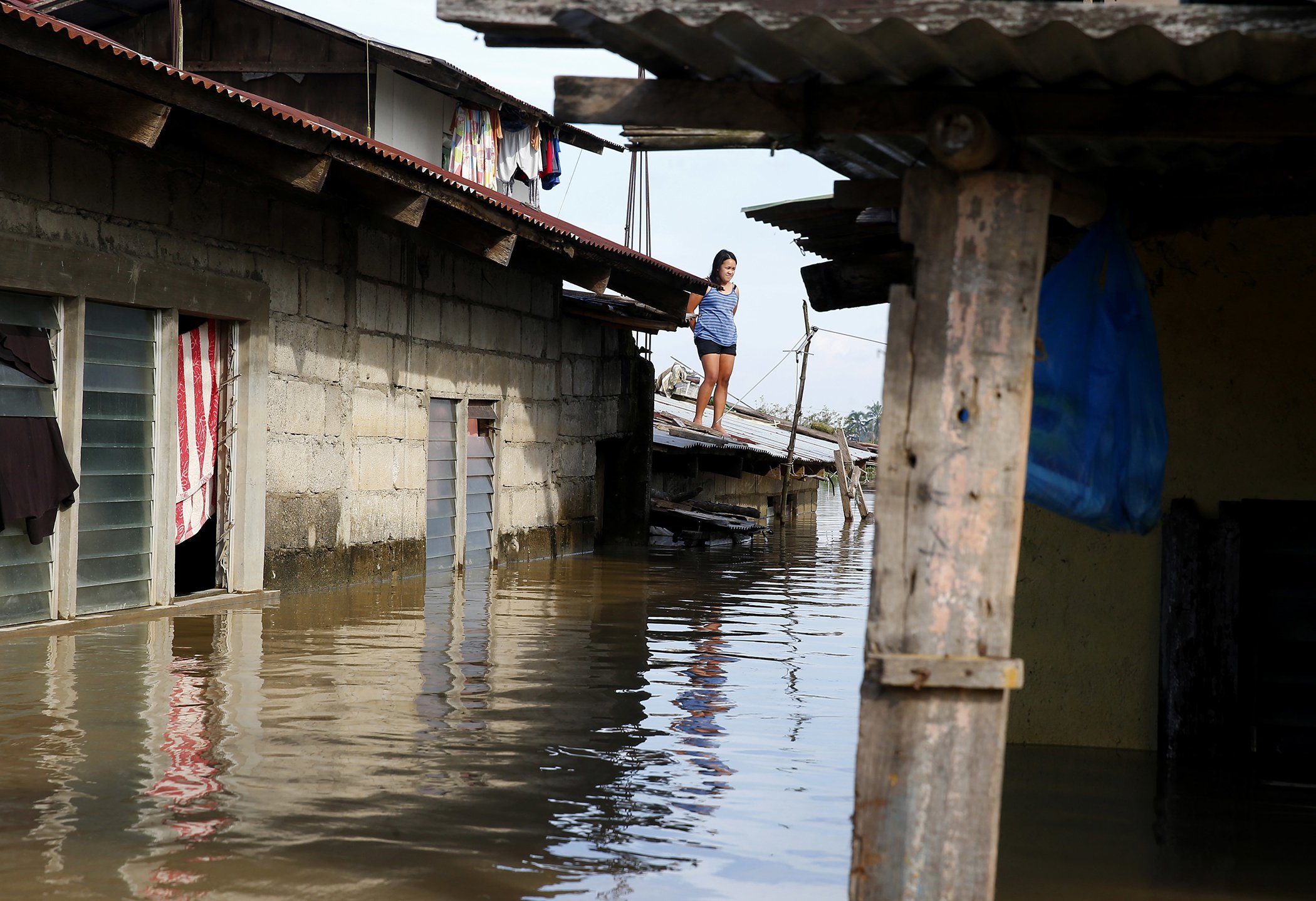 8. Typhoon Mangkhut: A resident stands on the roof of her house amid flooding brought about by Typhoon Mangkhut, which barreled into northeastern Philippines during the weekend and inundated low-lying areas in its 900 kilometer-wide cloud band, on Sept. 17 in Calumpit township, Bulacan province, north of Manila, Philippines. A Philippine mayor says it's highly unlikely any of the 40 to 50 people who are feared buried in a mudslide set off by Typhoon Mangkhut can be found alive. 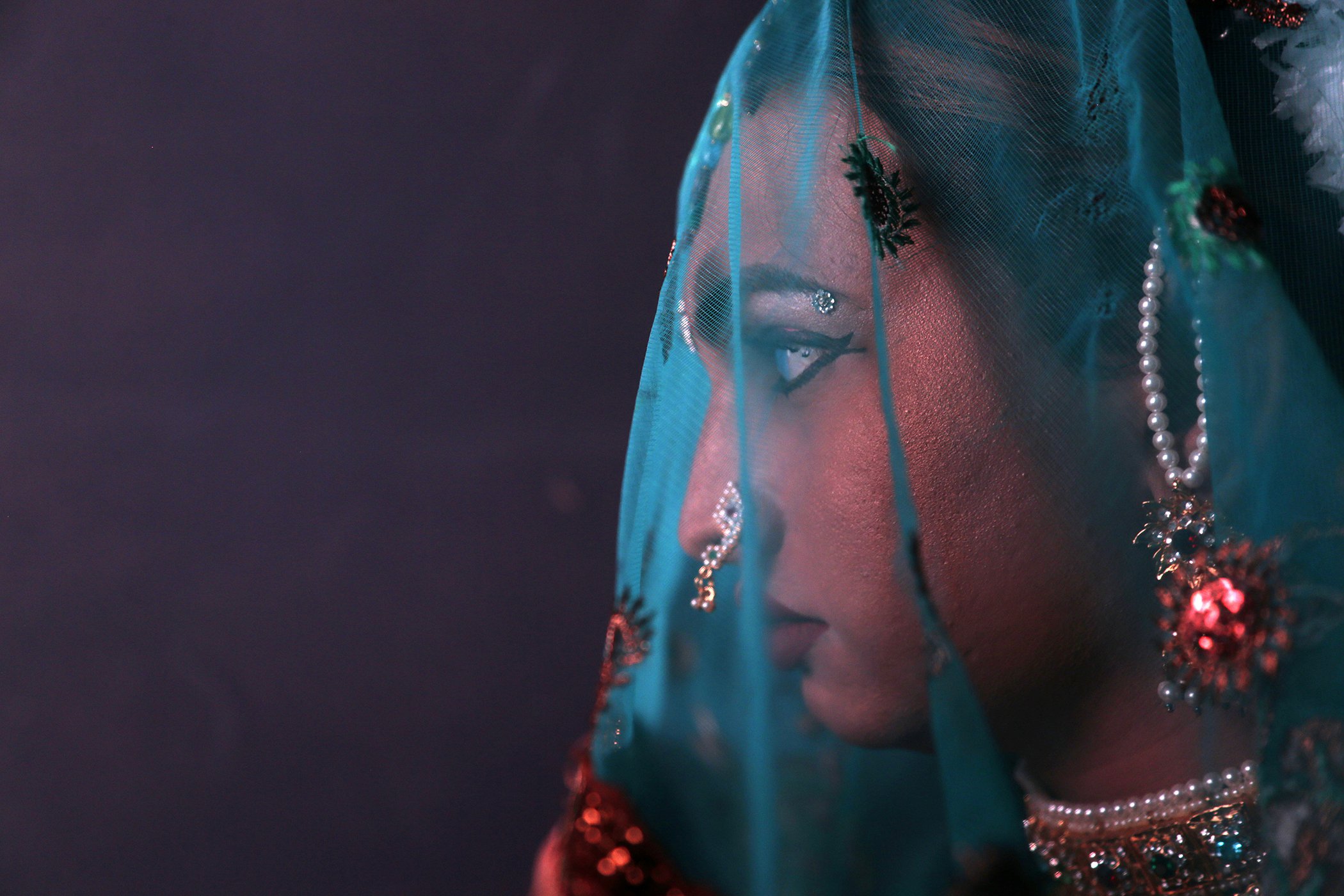 9. Transgender Community in India: A supporter waits to participate in a fundraising event for the transgender community and their rights in Mumbai, India, on Sept. 20. Over the past decade, the transgender and gay communities have gained a degree of acceptance in India, especially in big cities. 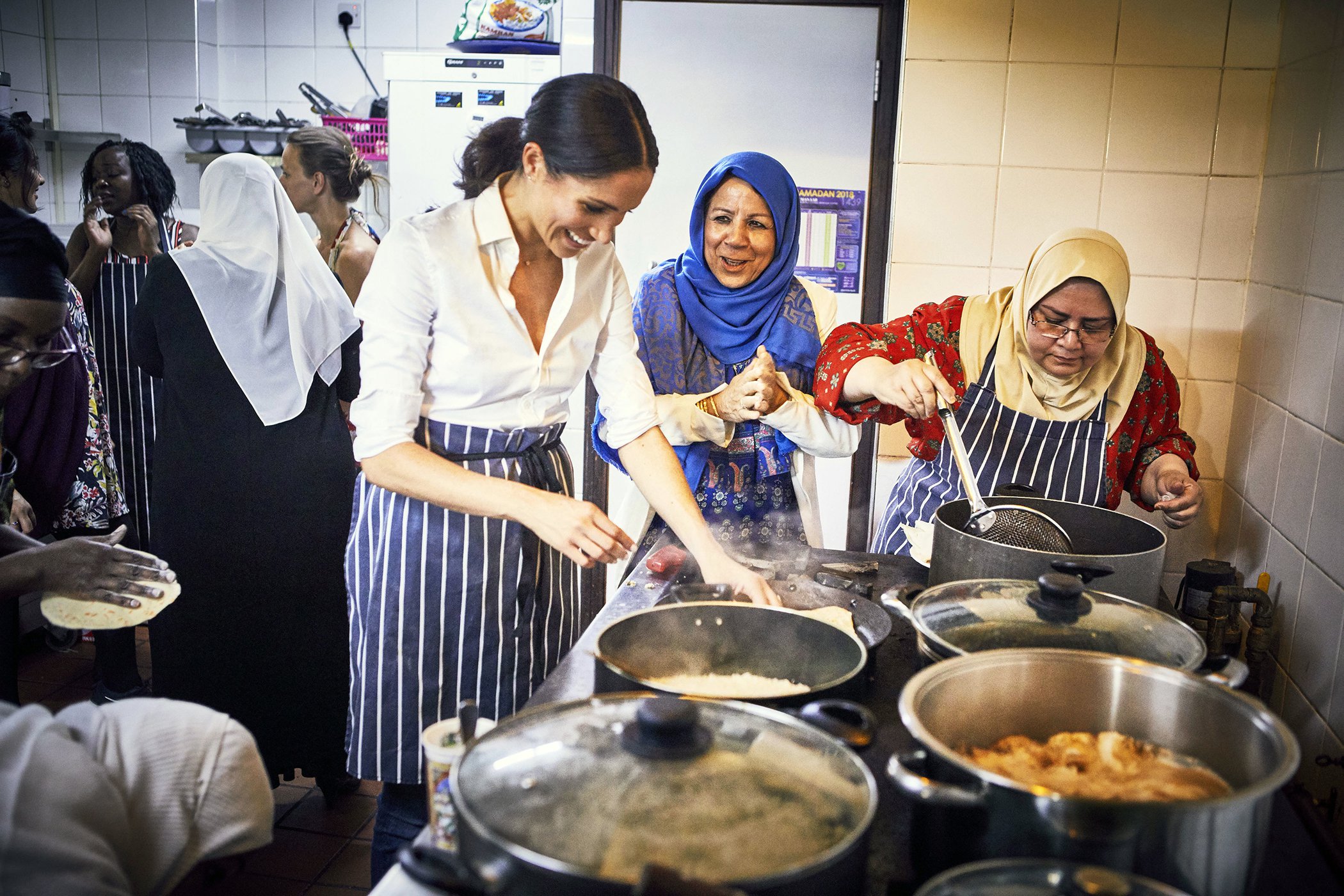 10. Meghan Markle: In this undated photograph issued by Kensington Palace on Sept. 17, Meghan, the Duchess of Sussex, cooks with women in the Hubb Community Kitchen at the Al Manaar Muslim Cultural Heritage Centre in London. Set up in the aftermath of the Grenfell Tower fire, the community kitchen has resulted in the publication of Together: Our Community Cookbook, for which the Duchess of Sussex has written the foreword.