Plumes of steam rise as lava enters the ocean near Pahoa, Hawaii, May 20, 2018. Kilauea volcano that is oozing, spewing and exploding on Hawaii's Big Island has gotten more hazardous in recent days, with rivers of molten rock pouring into the ocean Sunday and flying lava causing the first major injury.
Jae C. Hong/AP
Citizenship

A Royal Wedding, a Volcano, and Other Powerful Photos from Around the World This Week

It was a week of celebration and mourning.

This week kicked off in royal fashion after the marriage of Prince Harry, now Duke of Sussex, to actress and longtime feminist Meghan Markle, now Duchess of Sussex, in Windsor, United Kingdom.

The week also featured an explosive twist, as Hawaii's Kilauea volcano again spewed molten lava into the surrounding area, causing the first serious injury. And in Texas, there was mourning, after another school shooting killed 10 people at Santa Fe High School. 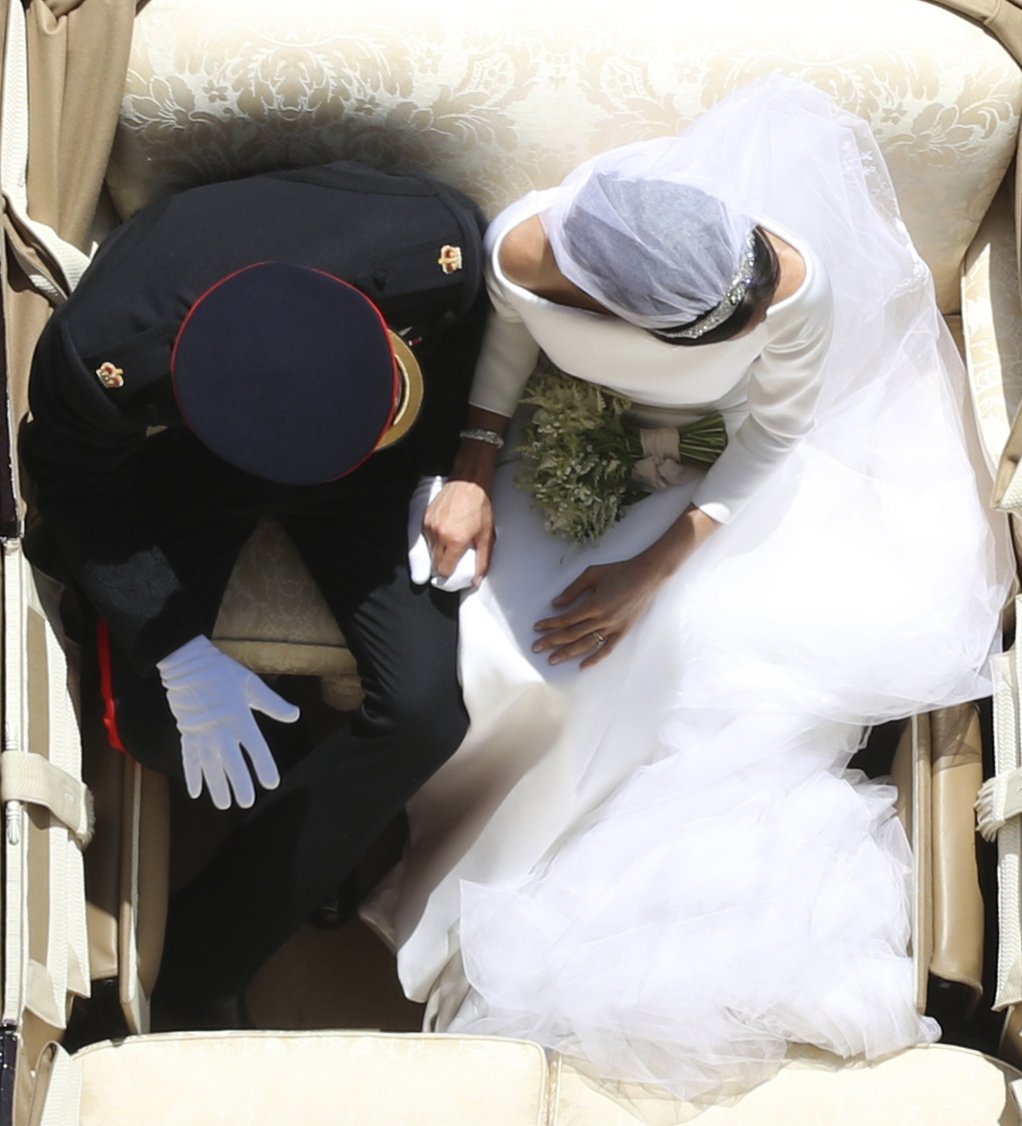 1. Royal Wedding: Britain's Prince Harry and Meghan Markle hold hands as they leave in a carriage after their wedding ceremony at St. George's Chapel in Windsor Castle in Windsor, near London, England, on May 19. 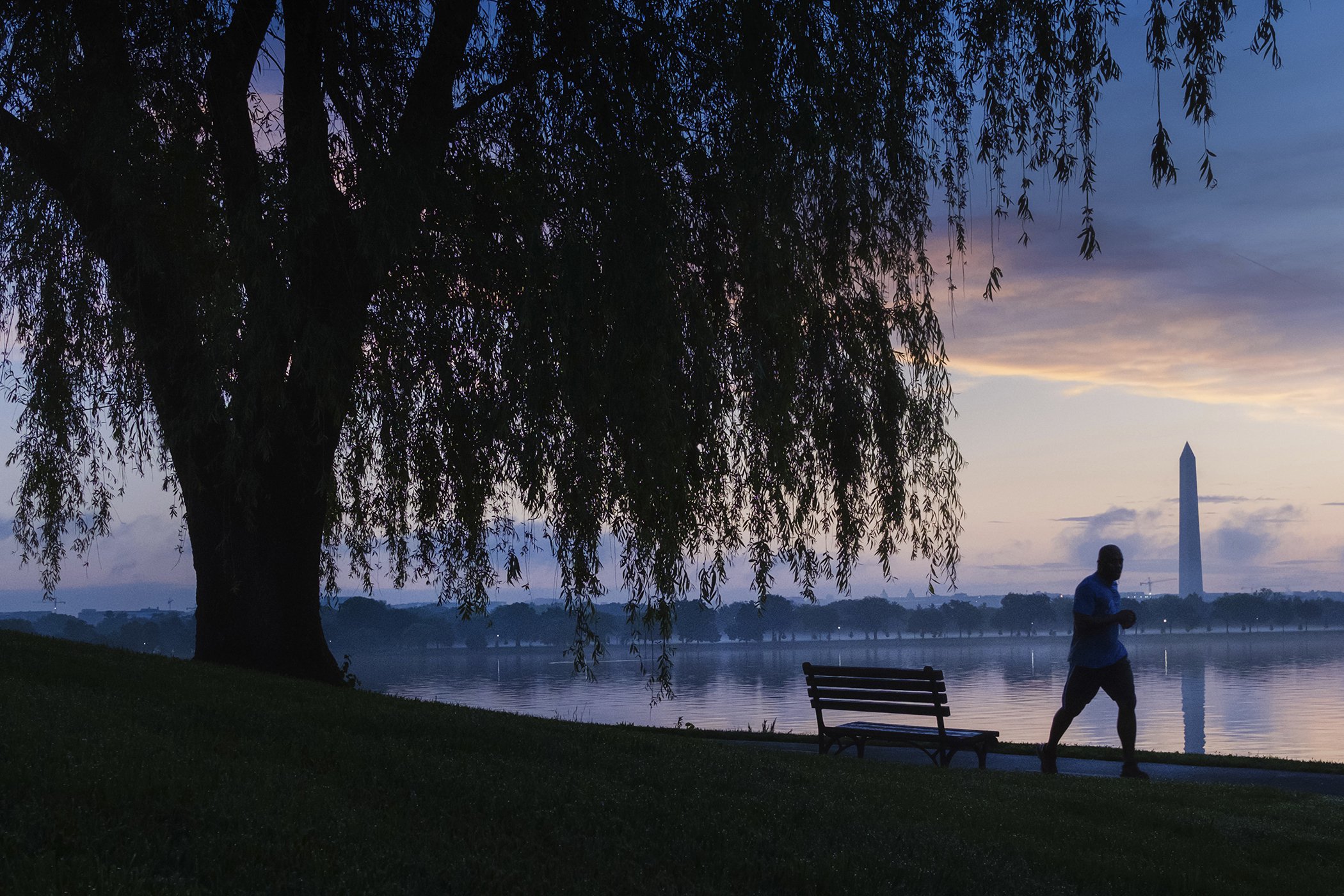 2. Washington Daily Life: An early morning runner is silhouetted against the morning haze along the Potomac River in Washington, DC, on May 23. 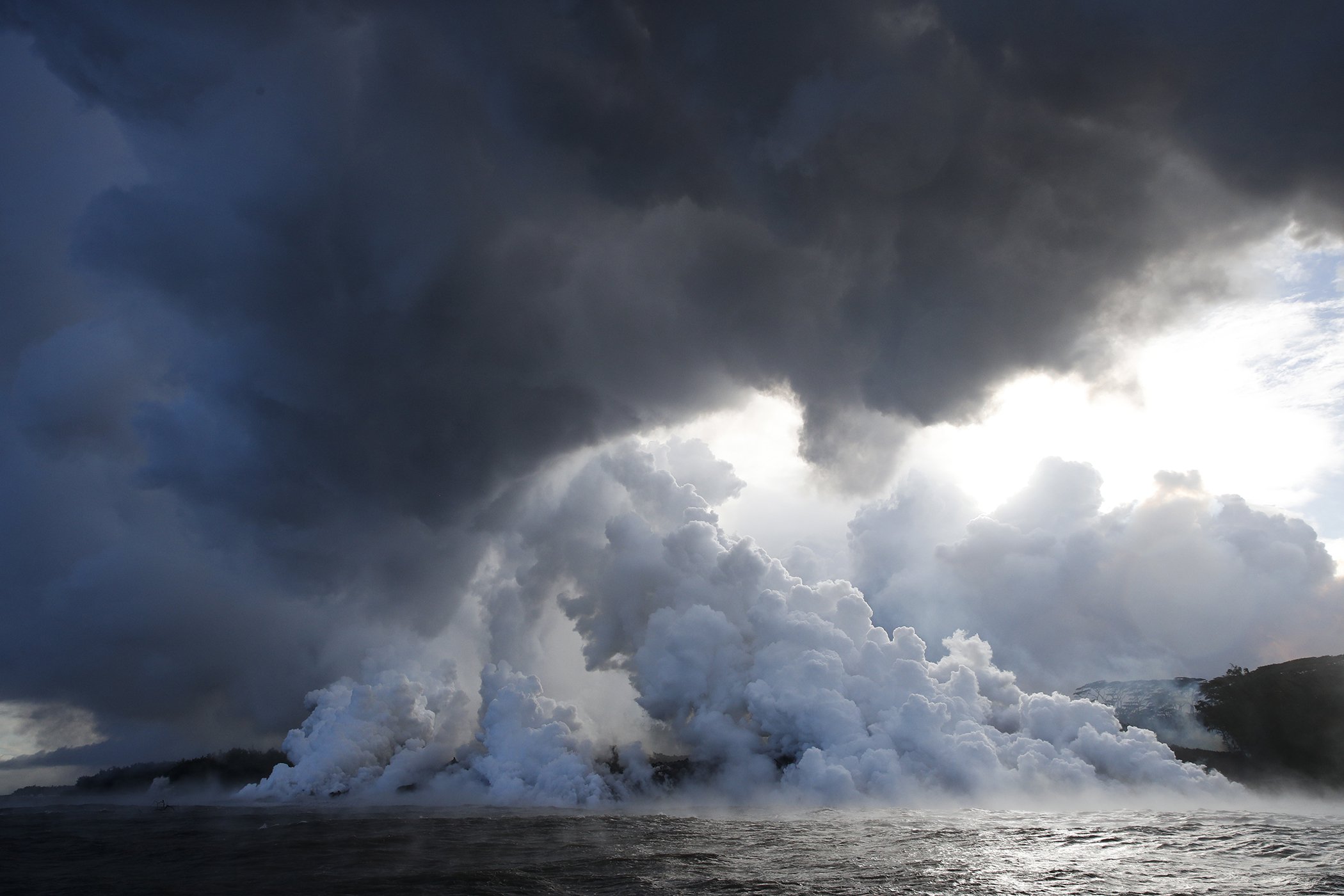 3. Hawaii Volcano: Plumes of steam rise as lava enters the ocean near Pahoa, Hawaii, on May 20. Kilauea volcano that is oozing, spewing, and exploding on Hawaii's Big Island has gotten more hazardous in recent days, with rivers of molten rock pouring into the ocean Sunday and flying lava causing the first major injury. 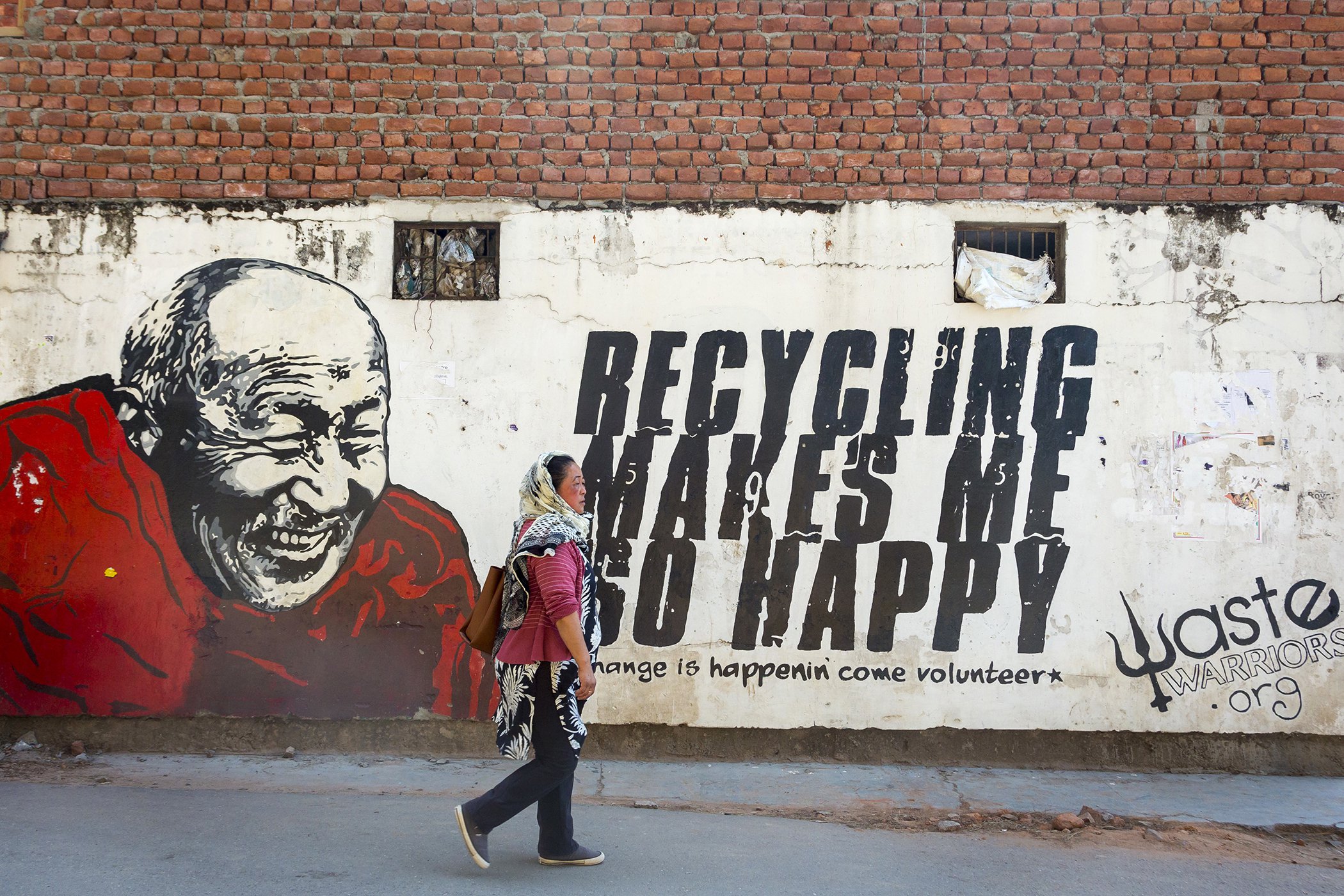 4. Recycling in India: A woman walks past a wall mural encouraging recycling in Dharmsala, India, on May 23. Garbage is becoming a huge problem in this mountainous region with the increasing tourist trade. 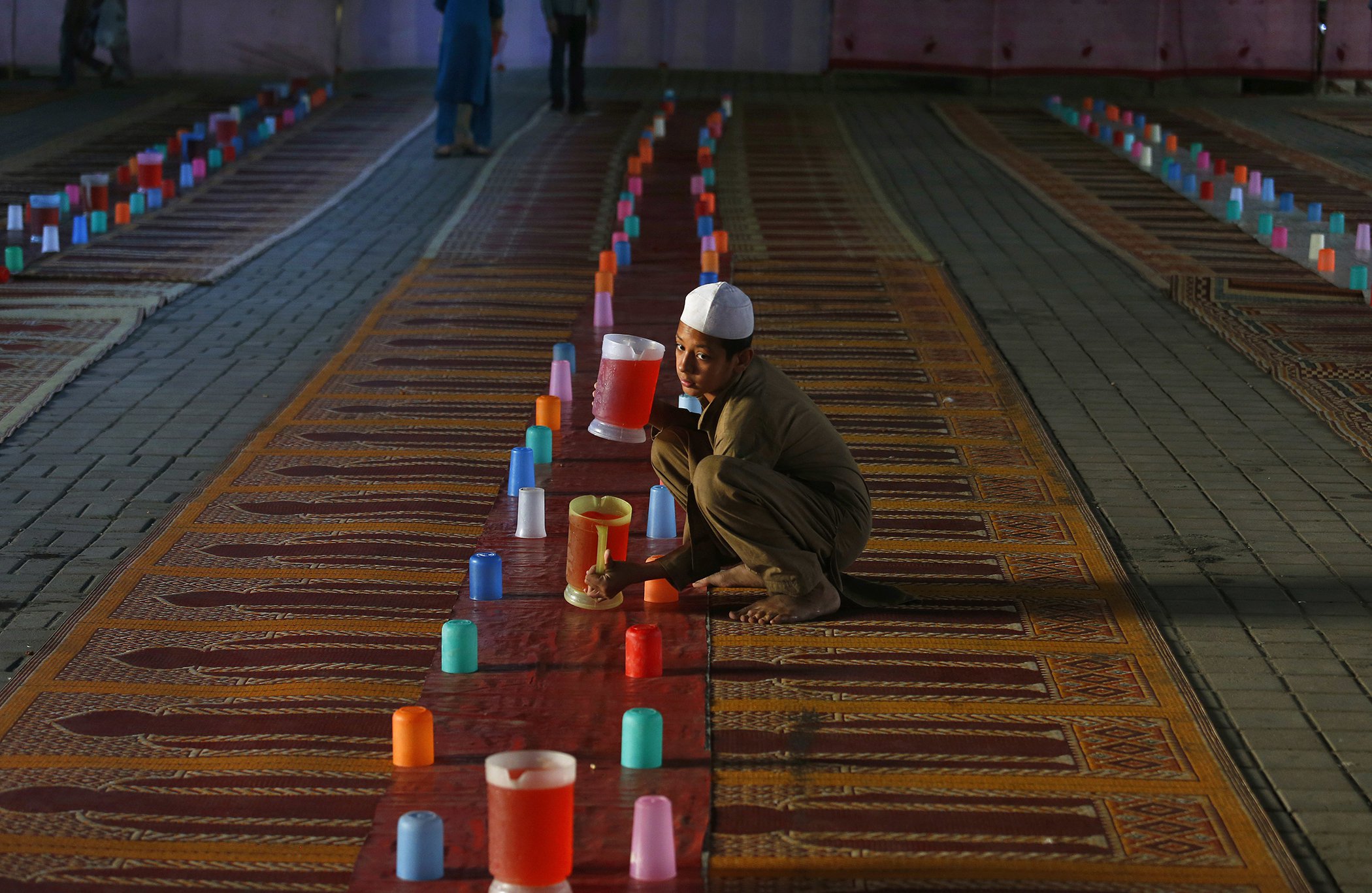 5. Ramadan: A boy sets out pitchers of juice for Muslims to break their fast during Ramadan at a free food distribution point in Rawalpindi, Pakistan, on May 20. Muslims throughout the world are celebrating Ramadan, the holiest month in the Islamic calendar, refraining from eating, drinking, smoking, and sex from sunrise to sunset.

6. Hawaii's Kilauea Volcano: Lava from a Kilauea volcano fissure flows on Hawaii's Big Island on May 19 in Kapoho, Hawaii. The US Geological Survey said the volcano erupted explosively on May 17, launching a plume about 30,000 feet into the sky. 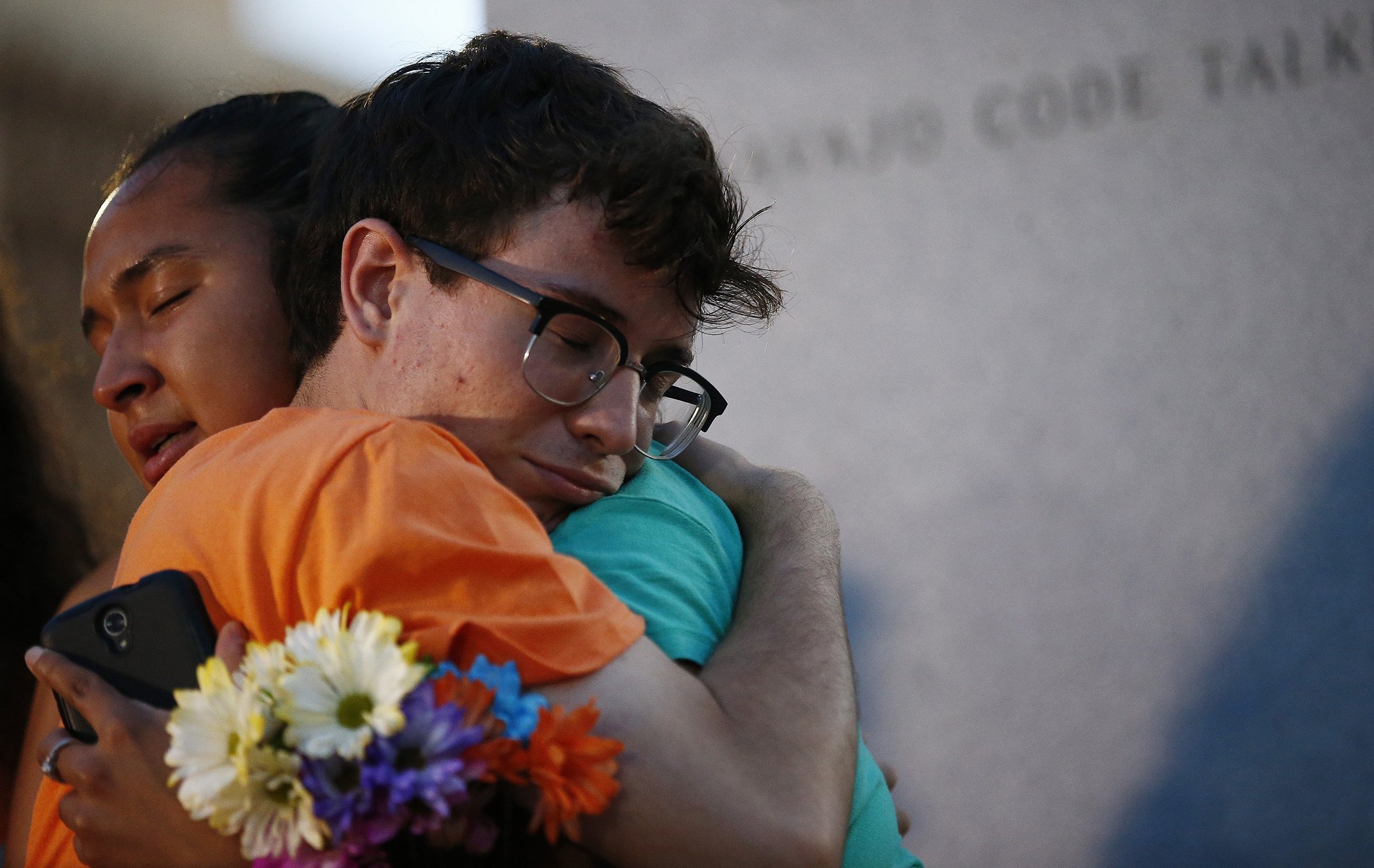 7. Gun Violence in the US: Guest speakers embrace as they join others attending a vigil for the victims of the latest school shooting in Texas, at the Arizona Capitol on May 21 in Phoenix, Arizona. 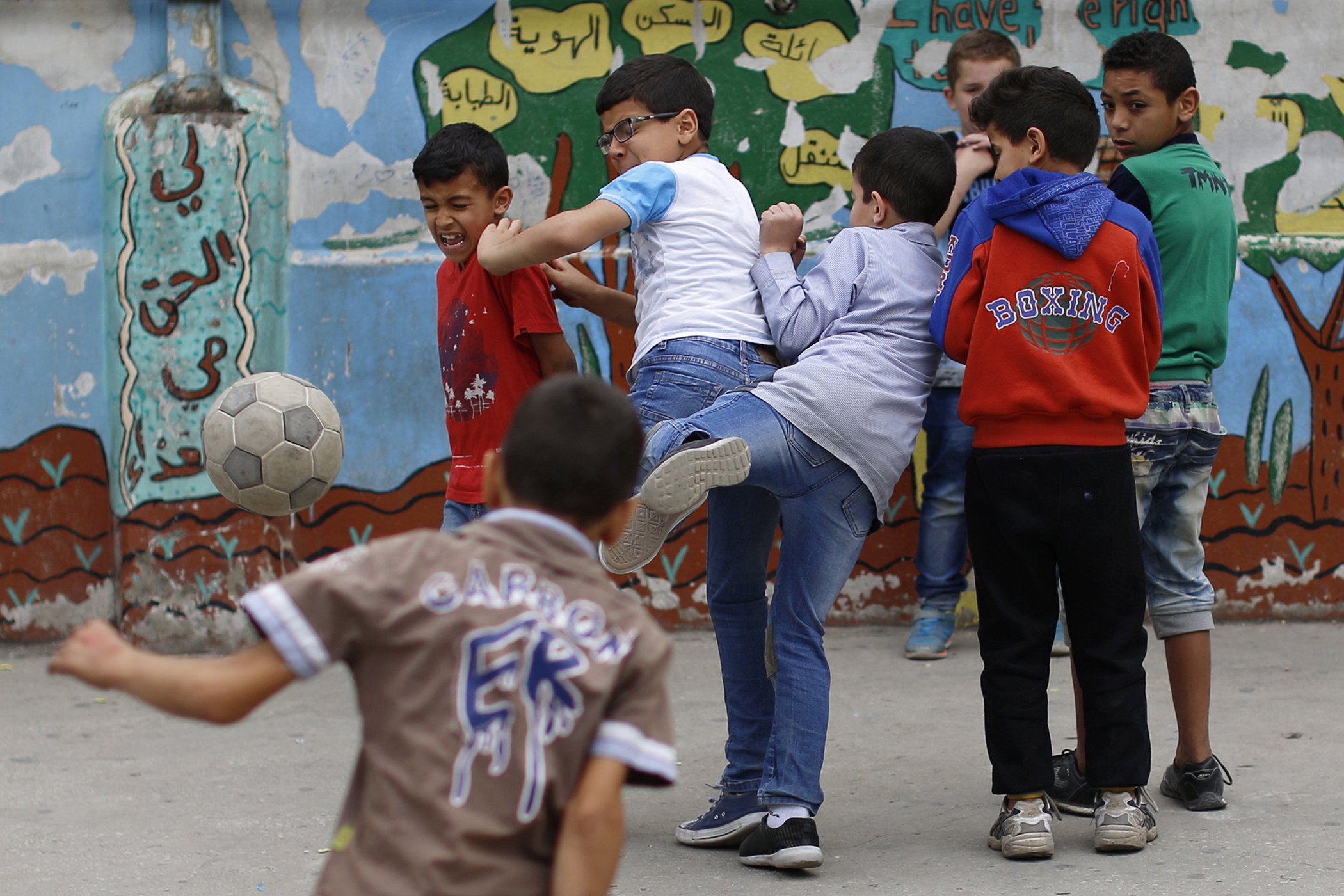 8. Soccer: Palestinian refugee students from Lebanon and Syria try to block a free kick while playing soccer at the Jafna school, run by the UN Agency for Palestinian Refugees, UNRWA, in the eastern Bekaa Valley town of Taalabaya, Lebanon, on May 22.

9. Afghanistan Daily Life: Afghan youths play on a swing at sunset on the outskirts of Mazar-i-Sharif on May 22.

10. Warm Weather in Pakistan: A Pakistani man bathes under a water pipe on a hot summer day in Islamabad, Pakistan, on May 23. 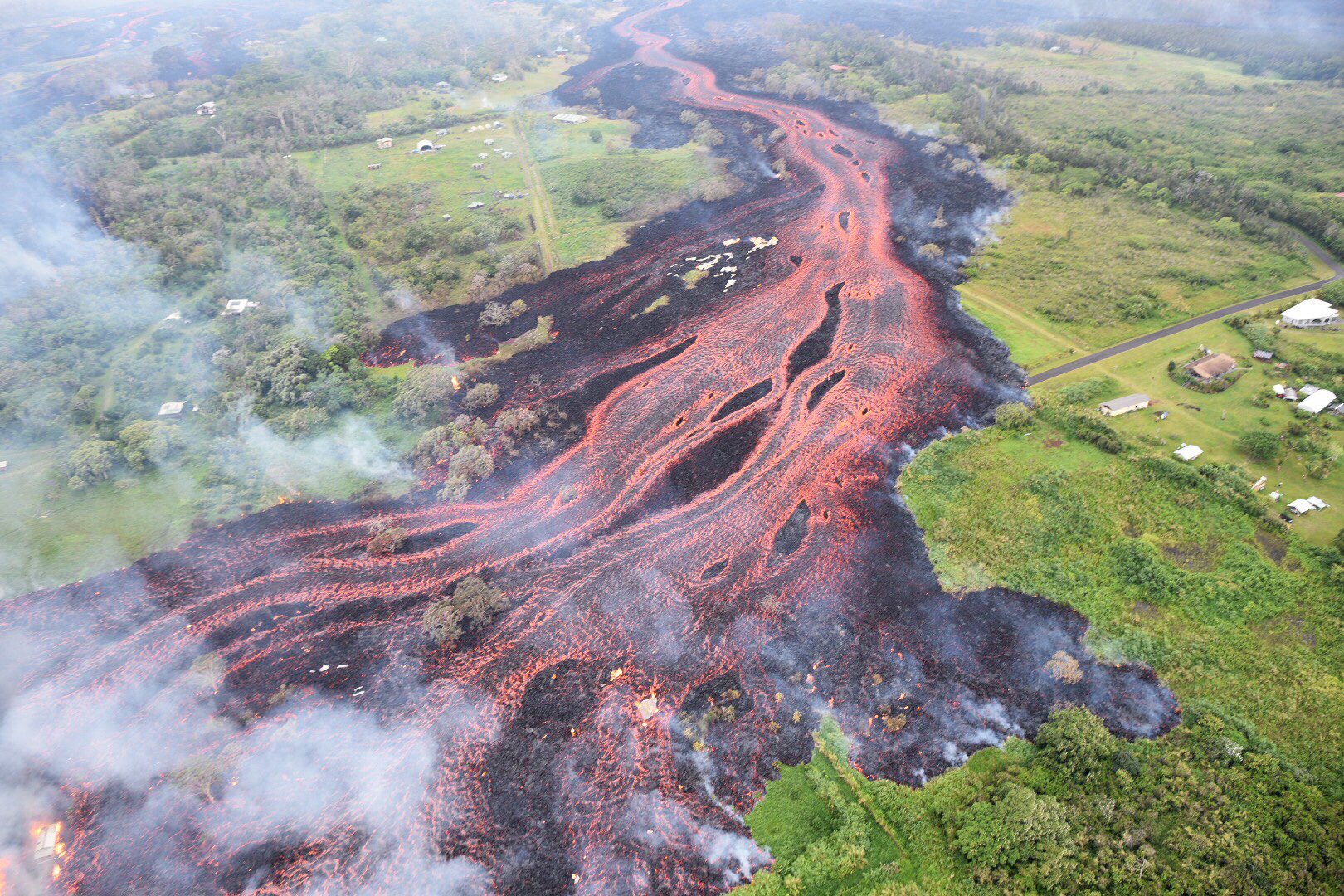 11. Lava in Hawaii: In this May 19, 2018, aerial file photo released by the US Geological Survey, lava flows from fissures near Pahoa, Hawaii. White plumes of acid and extremely fine shards of glass billowed into the sky over Hawaii as molten rock from Kilauea volcano poured into the ocean, creating yet another hazard from an eruption that began more than two weeks ago: a toxic steam cloud.

12. Daily Life in Myanmar: Myanmar youth play soccer on the bank of the Yangon River in Yangon on May 21.

13. Buddhist Traditions: Monks take part in a traditional mendicants' walk in Hangzhou in China's eastern Zhejiang province on May 22. Monks walked from Faxi Temple to Lingyin Temple as they received donations from residents for charity, to mark the birthday of Shakyamuni Buddha, founder of Buddhism.

14. Philippines Fire: A resident douses water on a fire that engulfes a slum area in Manila on May 23. The fire destroyed 200 houses and affected 300 families, according to local media report.

TopicsHawaiiRoyal WeddingWeek in PhotosVolcano
Plumes of steam rise as lava enters the ocean near Pahoa, Hawaii, May 20, 2018. Kilauea volcano that is oozing, spewing and exploding on Hawaii's Big Island has gotten more hazardous in recent days, with rivers of molten rock pouring into the ocean Sunday and flying lava causing the first major injury.
Jae C. Hong/AP