Indian Muslim children learn to read the Quran at Jama Masjid mosque on the first day of the holy Muslim month of Ramadan in Ahmadabad, India, May 17, 2018.
Ajit Solanki/AP
NewsDemand Equity

14 Incredible Photos From Around the World This Week

Millions across the globe celebrated the start of Ramadan this week.

Millions of Muslims around the world — from Indonesia to India — kicked off the start of Ramadan this week. Palestinians gathered in the Gaza Strip to protest the US decision to move its embassy to Jerusalem. A protest of a different sort materialized in southern France at the Cannes film festival, where 82 women gathered to make a very important point about the gender inequality.

Global Citizen is bringing you these photos, and more, from around the world this week. 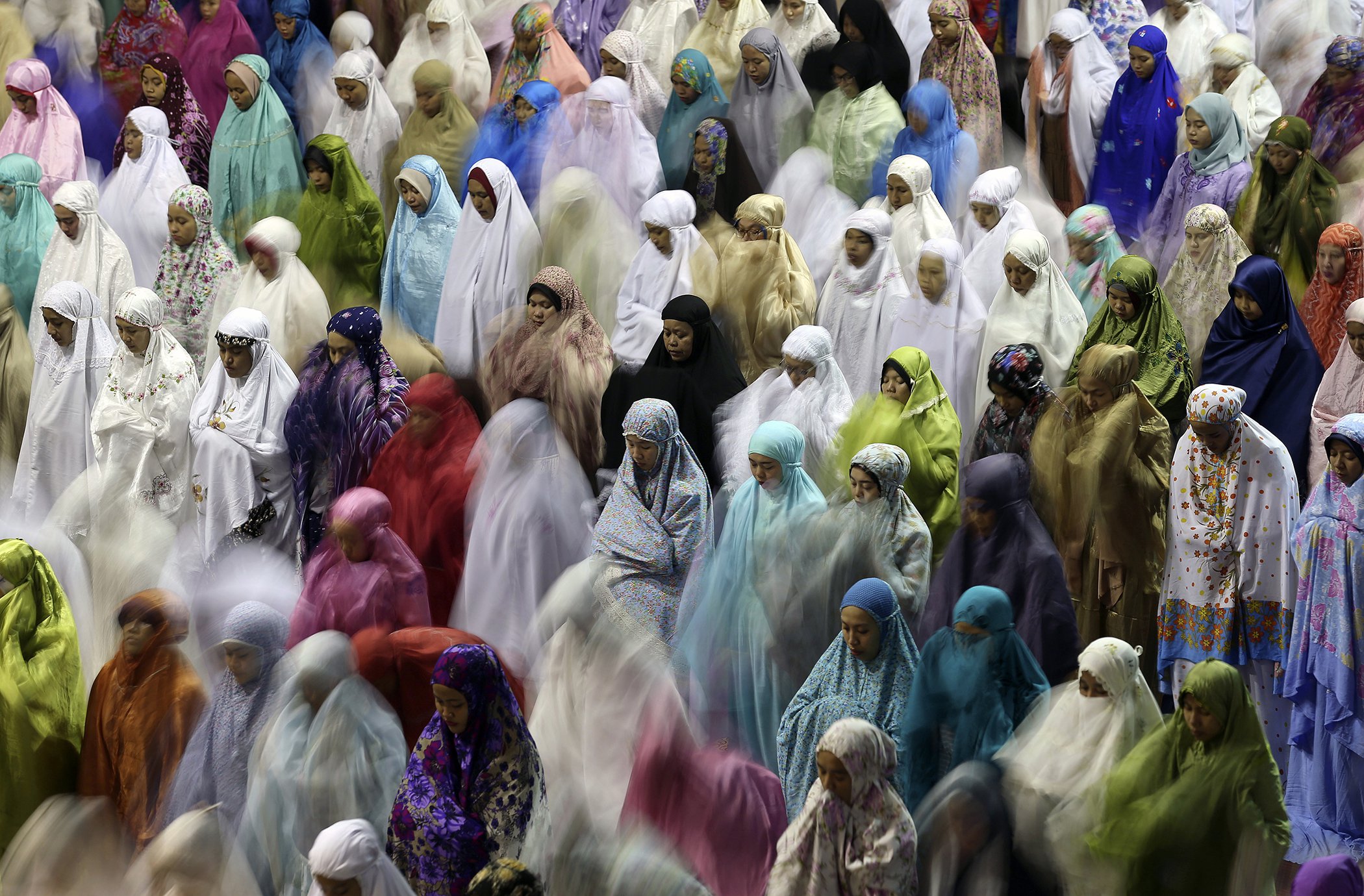 1. Ramadan: Indonesian Muslim women perform an evening prayer called "tarawih," marking the first eve of the holy fasting month of Ramadan, at Istiqlal Mosque in Jakarta, Indonesia, on May 16. During Ramadan, the holiest month of the Islamic calendar, Muslims refrain from eating, drinking, smoking, and sex from dawn to dusk.

2. Migrant Crisis: A child is held up to look out from a porthole on the MV Aquarius upon its arrival at the Sicilian port of Messina, on May 14. Two days earlier, 73 migrants and refugees of various nationalities, including women and children, were rescued by MV Aquarius, a rescue vessel chartered by SOS-Mediterranee and Doctors Without Borders (MSF). 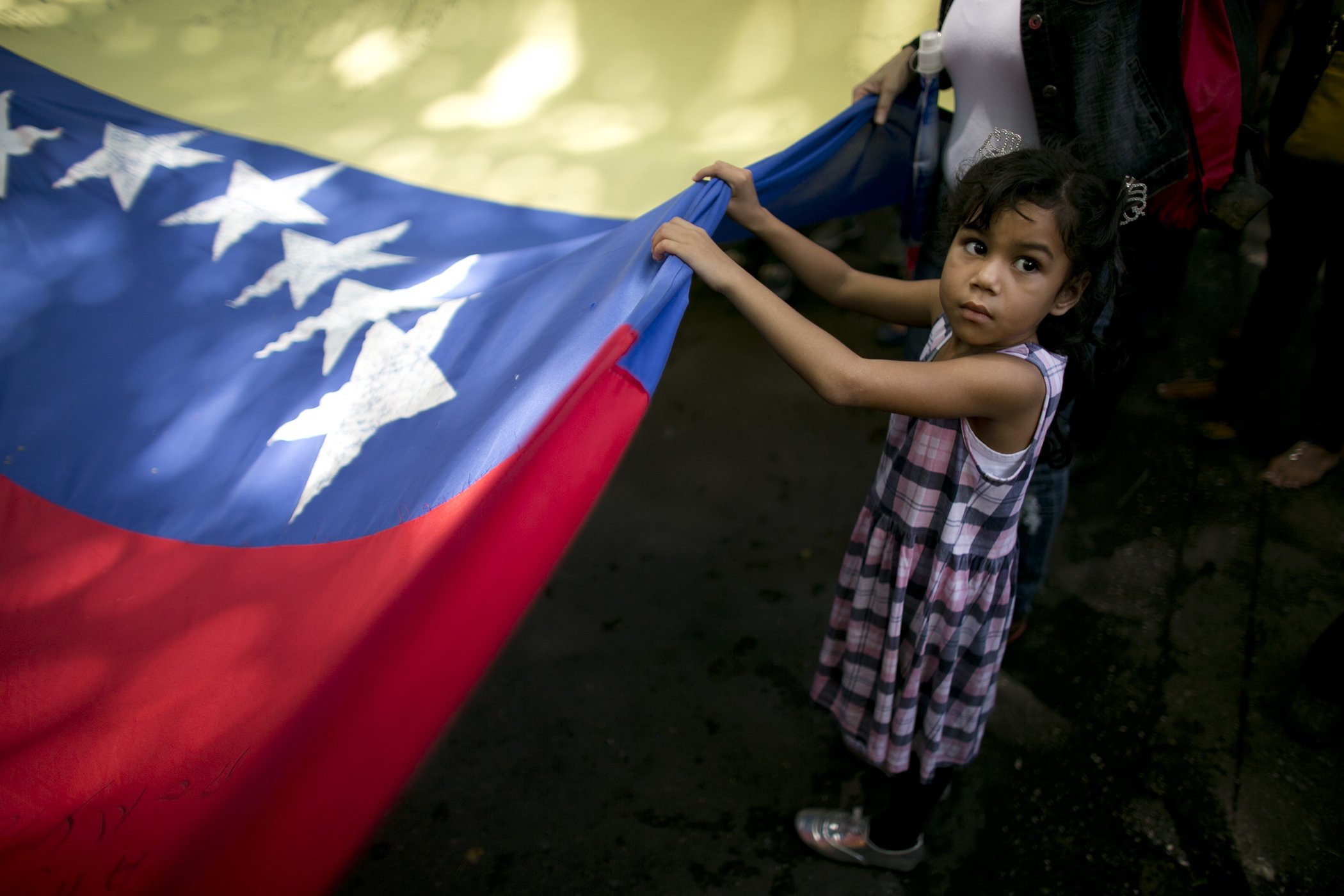 3. Venezuela: A girl helps wave a giant Venezuelan flag during a protest against the upcoming presidential election in Caracas, Venezuela, May 16. Venezuela's main opposition coalition is denouncing what it considers an attempt by President Nicolas Maduro to commit electoral fraud in the May 20 presidential election, which it is boycotting.

4. Cuba Pride Parade: A parade goer waves the rainbow flag at the LGBTQ pride parade during the celebration of the day against homophobia and transphobia in Havana, on May 12. 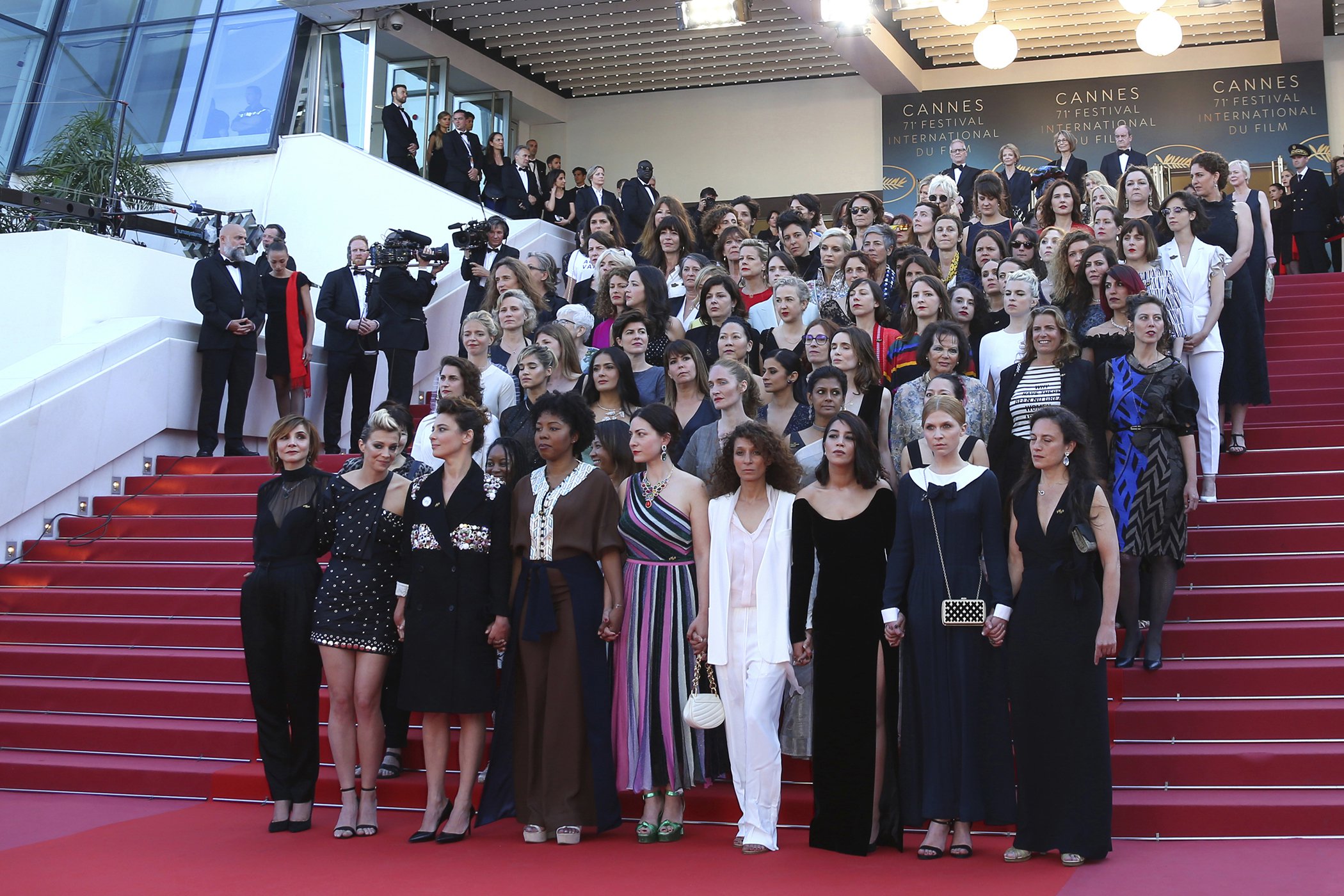 5. Protest in Cannes: Eighty-two film industry professionals stand on the steps of the Palais des Festivals to represent what they describe as pervasive gender inequality in the film industry, at the 71st international film festival in Cannes, southern France, on Saturday, May 12. Since the Cannes Festival was created, 82 films directed by women have been included in official competition, while 1,645 films directed by men were selected. 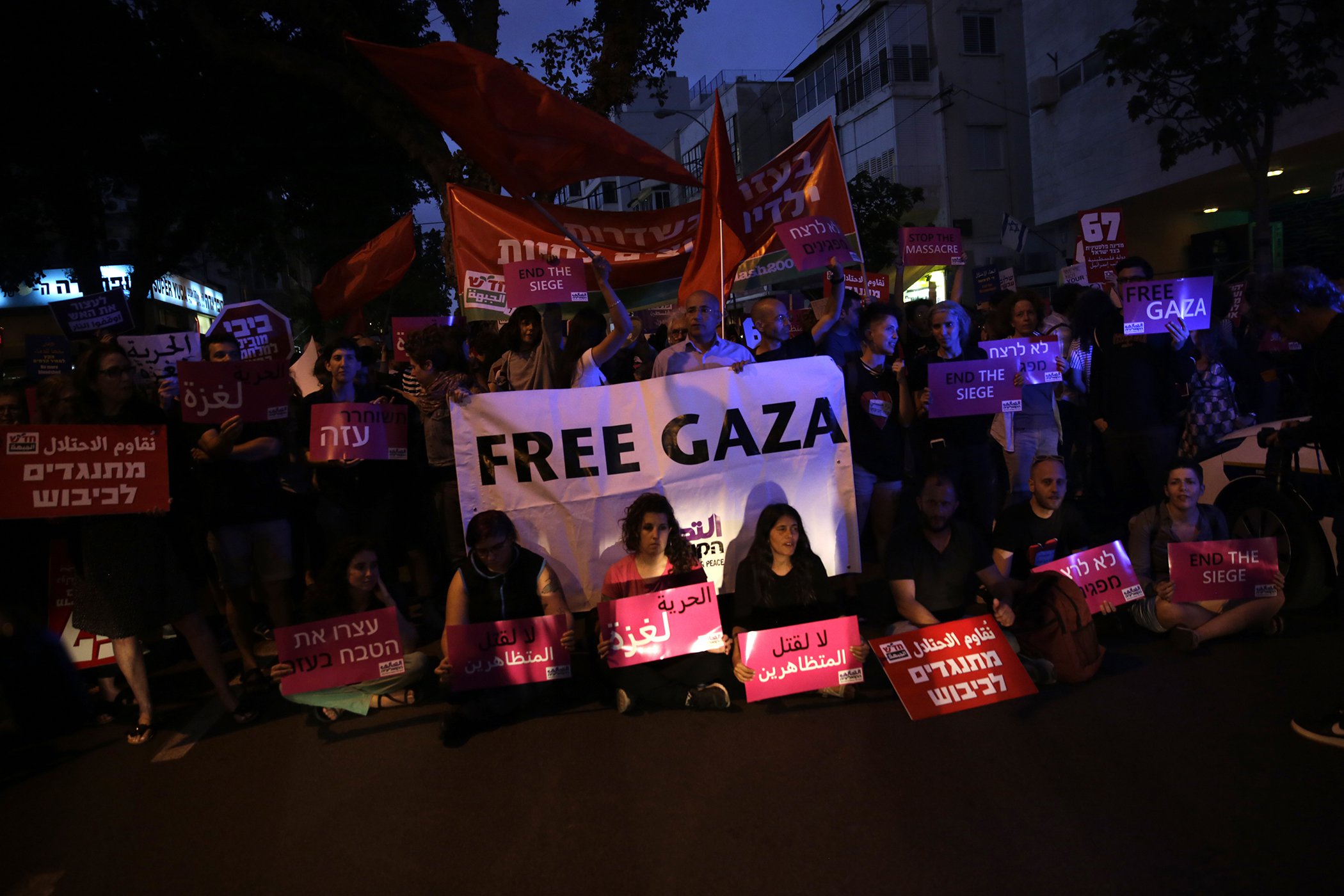 6. Protest for Gaza: Left-wing Israelis hold signs during a demonstration against the situation in Gaza in Tel Aviv, Israel, on May 15. Israel faced a growing backlash Tuesday amid new charges of using excessive force, a day after Israeli troops, firing from across a border fence, killed nearly 60 Palestinians and wounded more than 2,700 at a mass protest in Gaza. 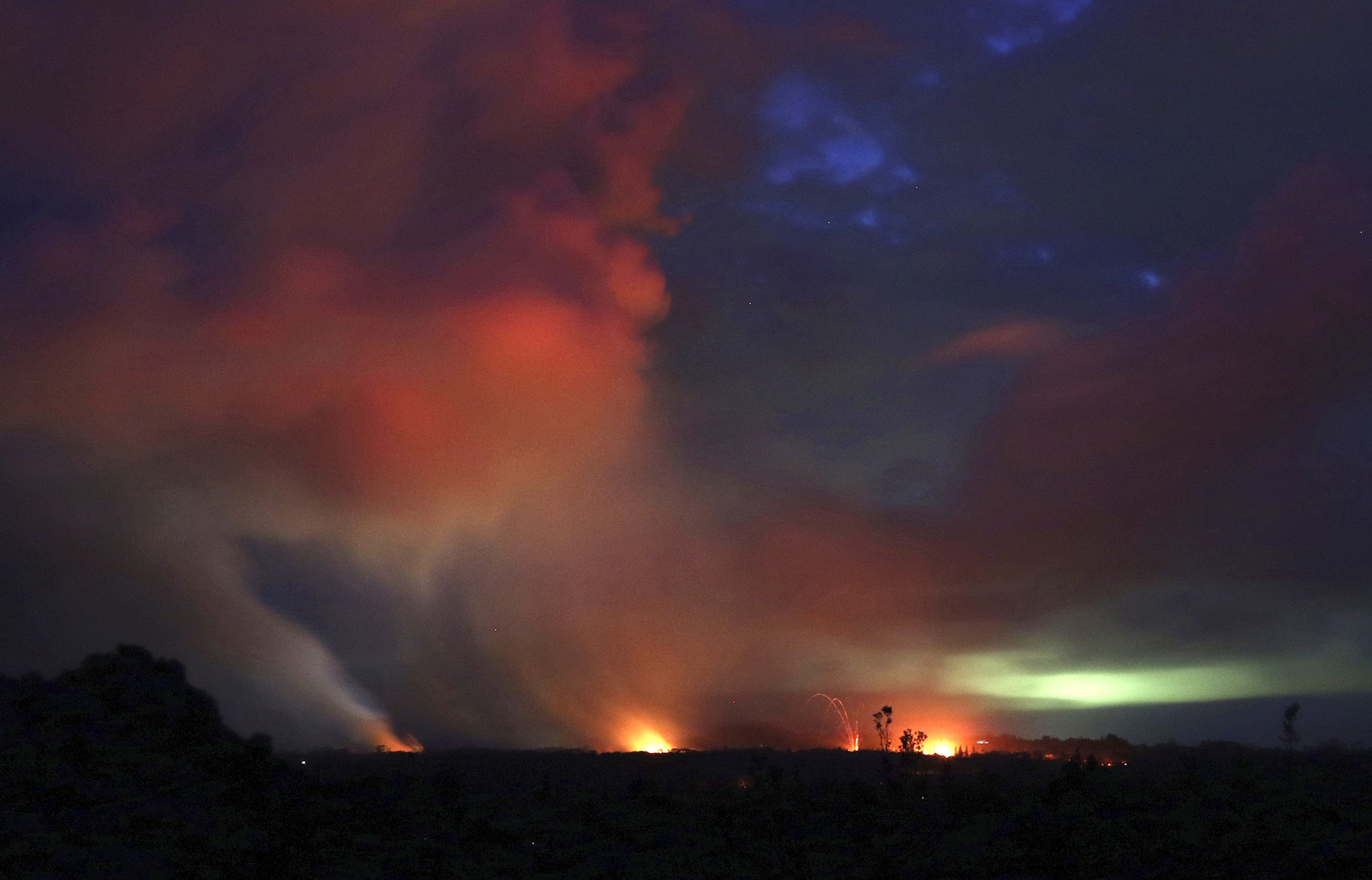 7. Hawaii Volcanic Activity: Lava shoots into the night sky from active fissures on the lower-east rift of the Kilauea volcano near Pahoa, Hawaii, on May 15. On Thursday, the summit of Kilauea volcano erupted, sending rocks, ash, and smoke into the air, with a volcanic cloud reaching as high as 30,000 feet. The eruption came after weeks of heightened volcanic activity, with fissures cracking open and spewing lava in communities, which prompted evacuations.

8. North Carolina Teacher Strike: Teachers and supporters hold signs during a "March For Students And Rally For Respect" protest in Raleigh, North Carolina, on May 16. At least 29 North Carolina public school districts serving 865,000 students planned to close their doors as teachers walked out in the fifth large-scale demonstration in less than three months in states with Republican-led legislatures, most of them organized on the internet in places where unions are weak.

9. Royal Wedding: Royal fan Joseph Afrane, bedecked in Union flag colors, poses along the Long Walk in Windsor on May 18, the day before the Royal wedding. Britain's Prince Harry and US actress Meghan Markle will marry on May 19 at St. George's Chapel in Windsor Castle. 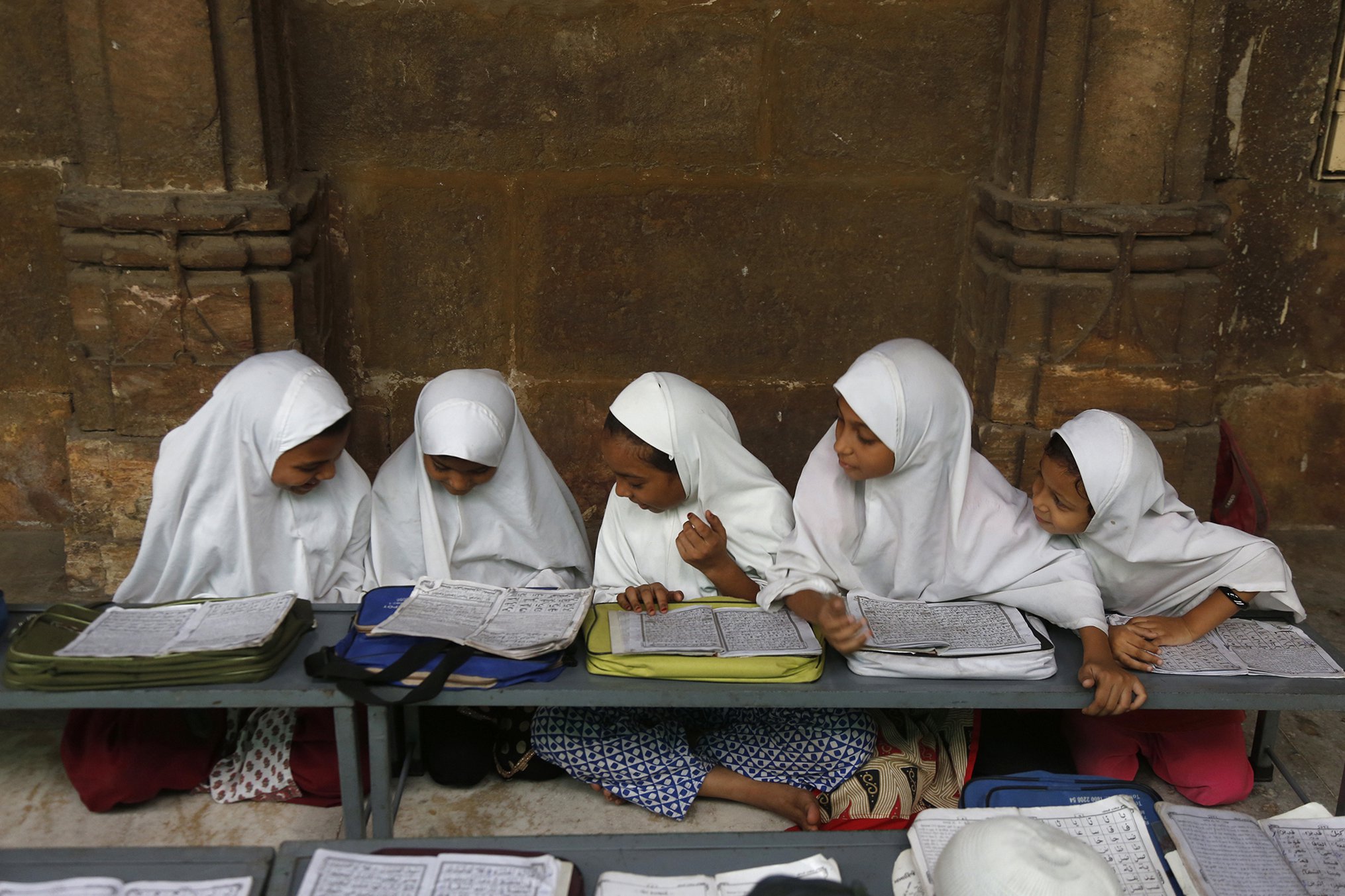 10. Ramadan: Muslim children learn to read the Quran at Jama Masjid mosque on May 17, the first day of the holy Muslim month of Ramadan, in Ahmadabad, India. 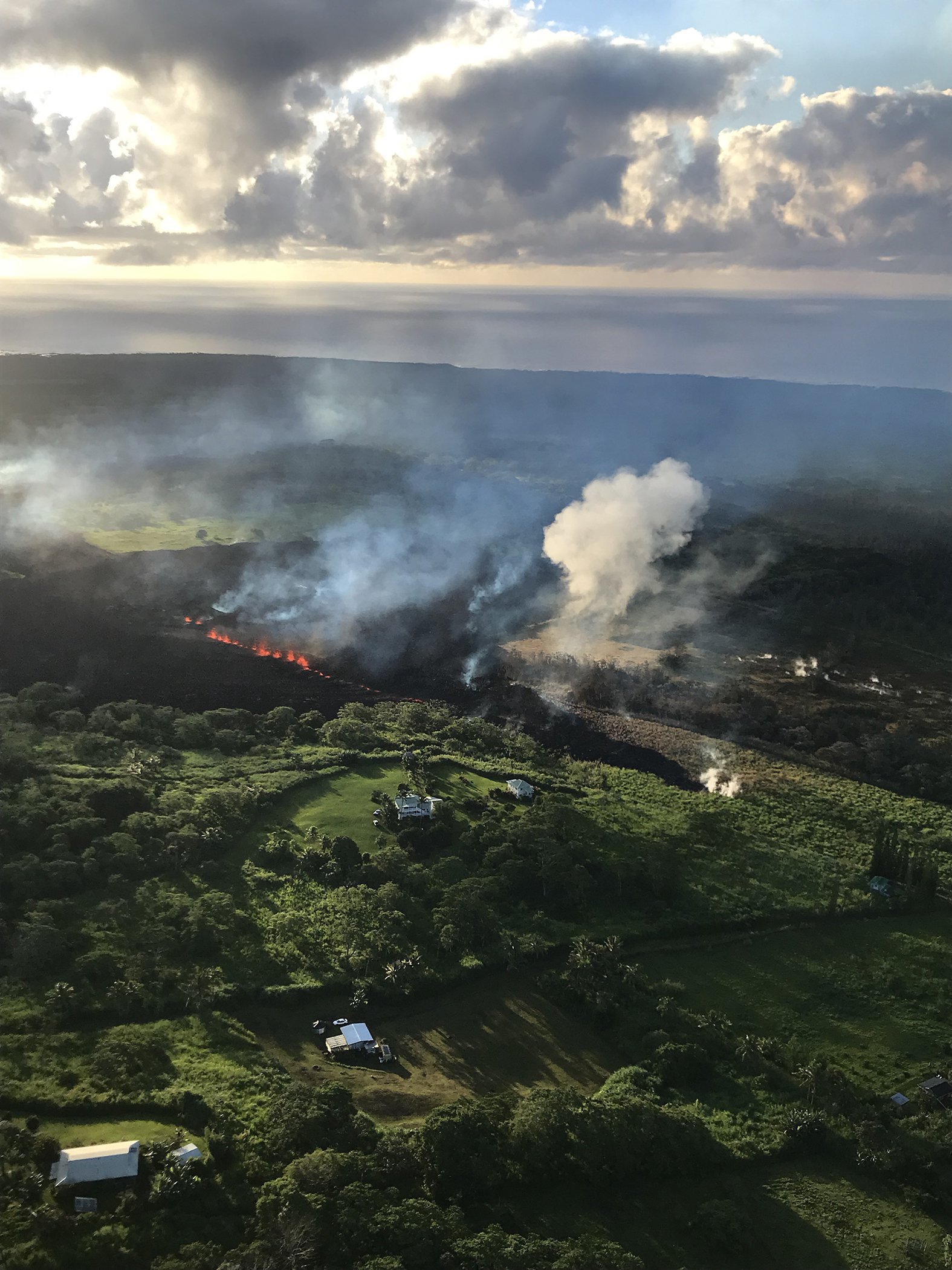 11. Hawaii Volcano: Volcanic activity from the Kilauea volcano continues in the vicinity of fissure 17 on Hawaii's Big Island on May 14 in Pahoa, Hawaii. The US Geological Survey said a recent lowering of the lava lake at the volcano's Halemaumau crater "has raised the potential for explosive eruptions" at the volcano. Earlier in the week, officials on the Big Island of Hawaii said some vents formed by Kilauea volcano are releasing such high levels of sulfur dioxide that the gas poses an immediate danger to anyone nearby. 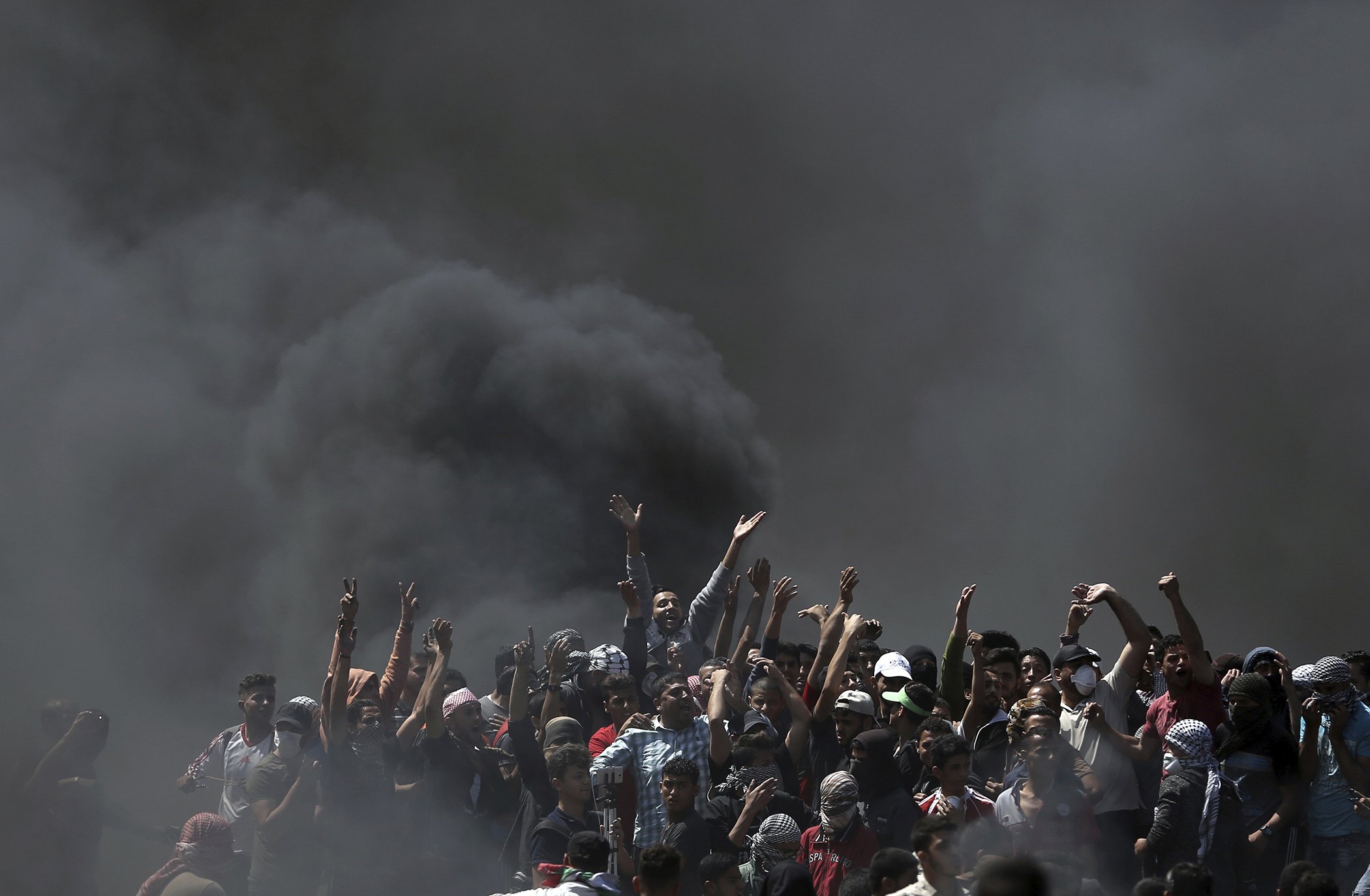 12. Turmoil in Gaza: Palestinian protesters chant slogans as they burn tires during a protest on the Gaza Strip's border with Israel on Monday, May 14. Thousands of Palestinians are protesting near Gaza's border with Israel, as Israel prepared for the festive inauguration of a new U.S. Embassy in contested Jerusalem.

13. Turkey Daily Life: Kurdish boys play football near their house at Yolmacayir village near Van, a city in eastern Turkey, on May 15.

AFP Photo 📷 @edjonesafp - A reveller dances beneath lanterns at the Jogye buddhist temple following a lantern parade as part of a 'Lotus Lantern Festival' celebrating the upcoming Buddha's birthday, in Seoul on May 12, 2018. Buddha's birthday falls this year on May 22.

TopicsRefugeesWeek in PhotosRamadanPhotos of the WeekGaza
Indian Muslim children learn to read the Quran at Jama Masjid mosque on the first day of the holy Muslim month of Ramadan in Ahmadabad, India, May 17, 2018.
Ajit Solanki/AP