12 Photos of Pride, Power, and Pain From Around the World This Week

From Pride Month to women's victories to powerful protests, this is the week in pictures.

"Pride" is the word of the month, as people of all sexualities and gender identities across the globe come together to celebrate the LGBTQIA community — and continue to call for equality.

And as soon as June started, women secured several key victories around the world, including in Saudi Arabia, where women received driver's licenses for the first time, and Spain, where the new government announced a historically woman-led cabinet. 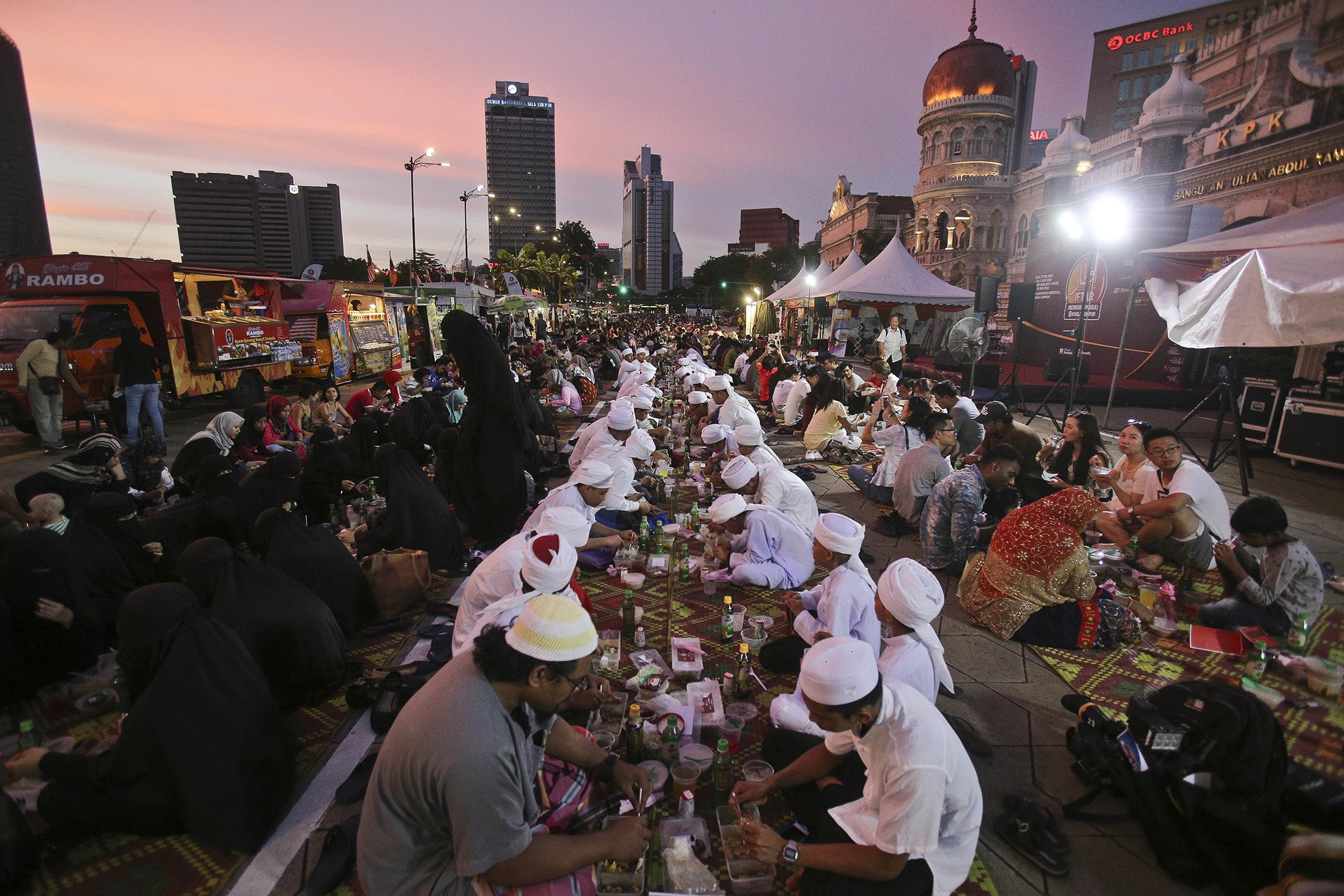 1. Ramadan in Malaysia: Malaysian Muslim students break their fast during the holy Islamic month of Ramadan at Merdeka Square in Kuala Lumpur, Malaysia, on June 3. During Ramadan, Muslims worldwide marked by fasting, abstaining from foods, sex, and smoking from dawn to dusk. 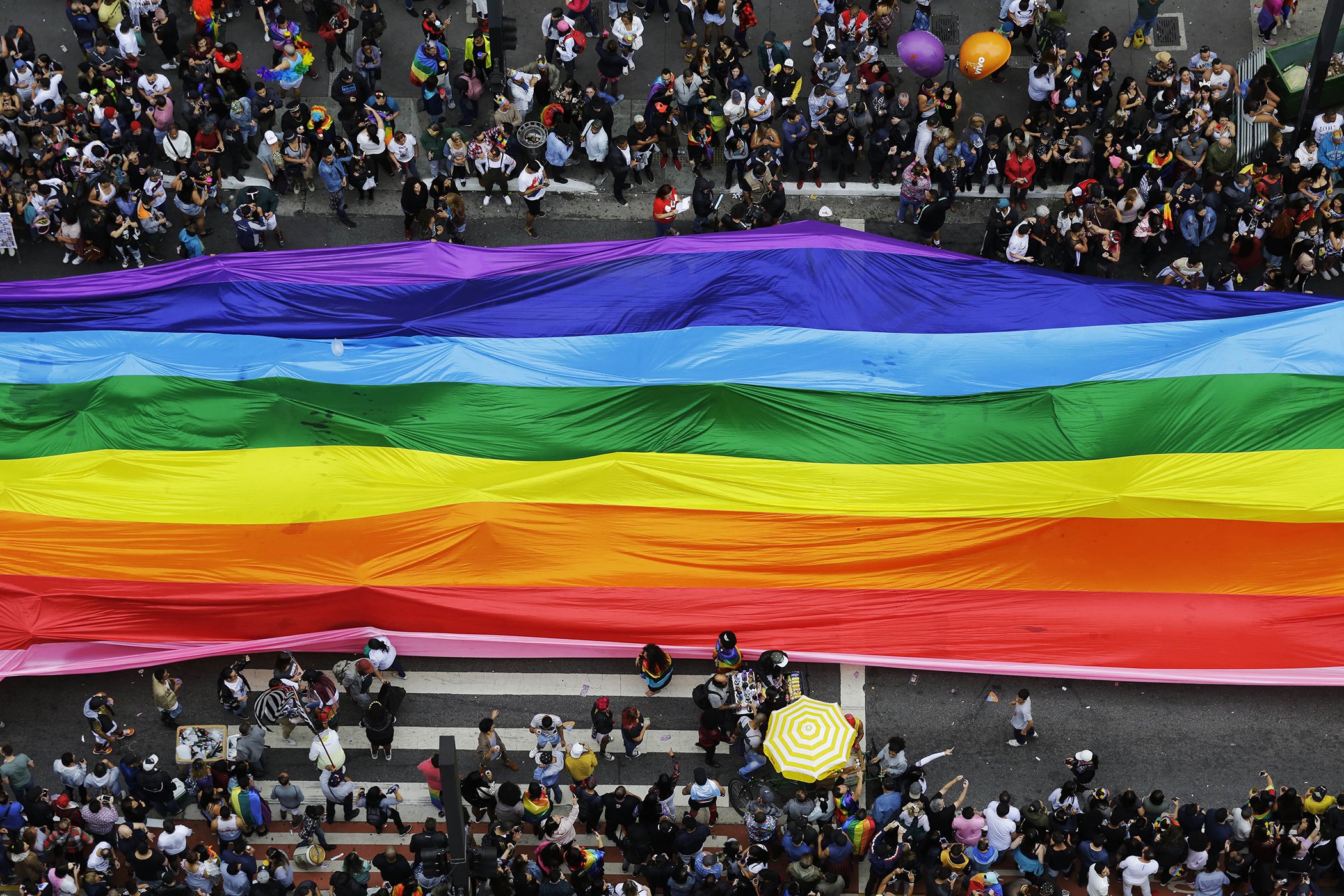 2. Pride in San Paulo: Revelers extend a flag during the annual LGBTQ Pride march in Sao Paulo, Brazil, on June 3. 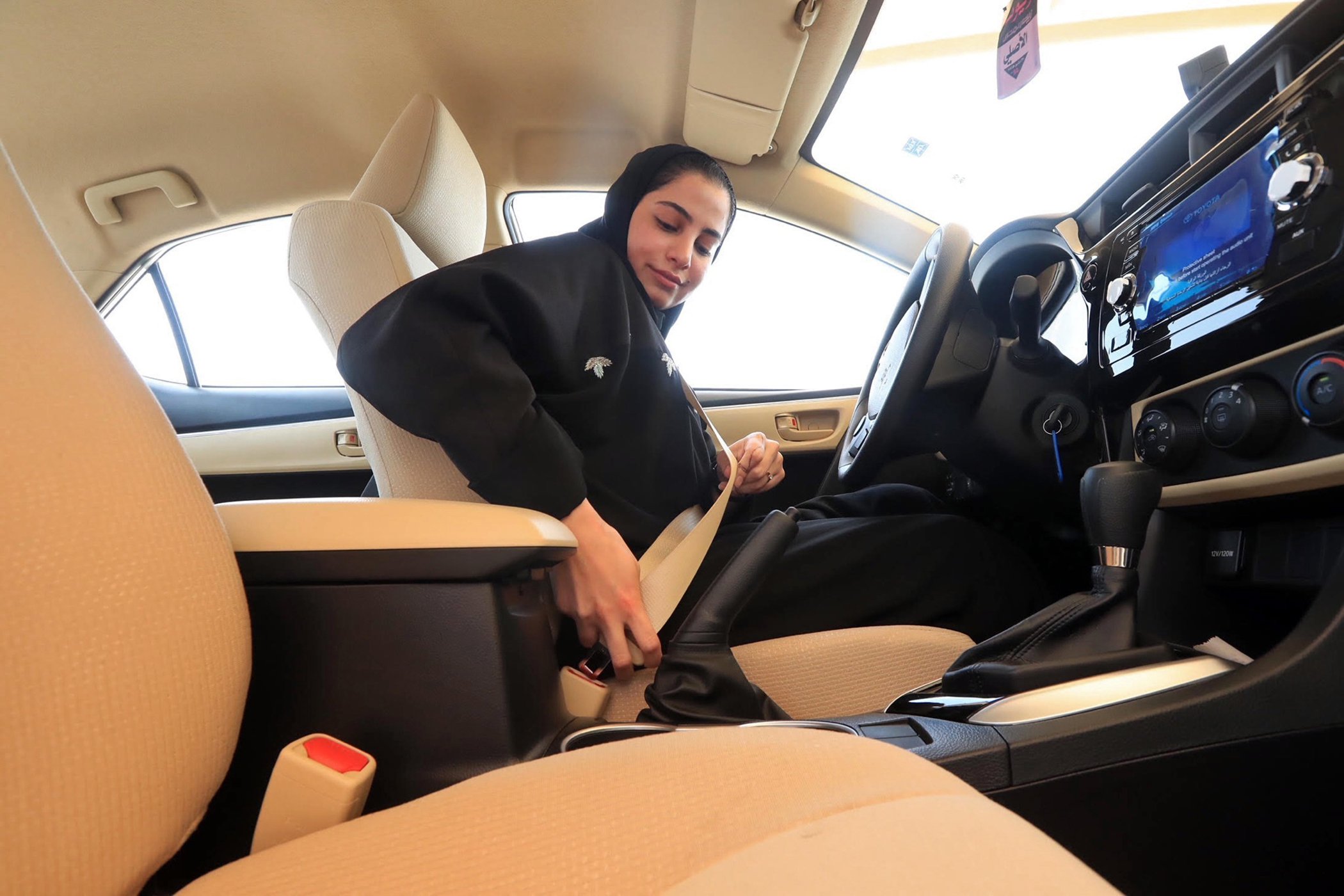 3. Women in Saudi Arabia: This image, released by the Saudi Information Ministry, shows a Saudi woman buckling her seat belt before doing a driving test at the General Department of Traffic in the Saudi capital of Riyadh, on June 4. Saudi Arabia has issued the first driving licenses to 10 women just weeks before the kingdom lifts the world's only ban on women driving, but the surprise move comes as a number of women who'd campaigned for the right to drive are under arrest.

4. Agriculture in China: A combine harvester cuts wheat of a field in Handan in China's northeastern Hebei province on June 5.

5. Voters Head to Polls in Primary Elections: Voters cast their ballots at a Masonic Lodge on June 5 in Los Angeles, California. California could play a determining role in upsetting Republican control in the US Congress, as Democrats hope to win 10 of the 14 seats held by Republicans. 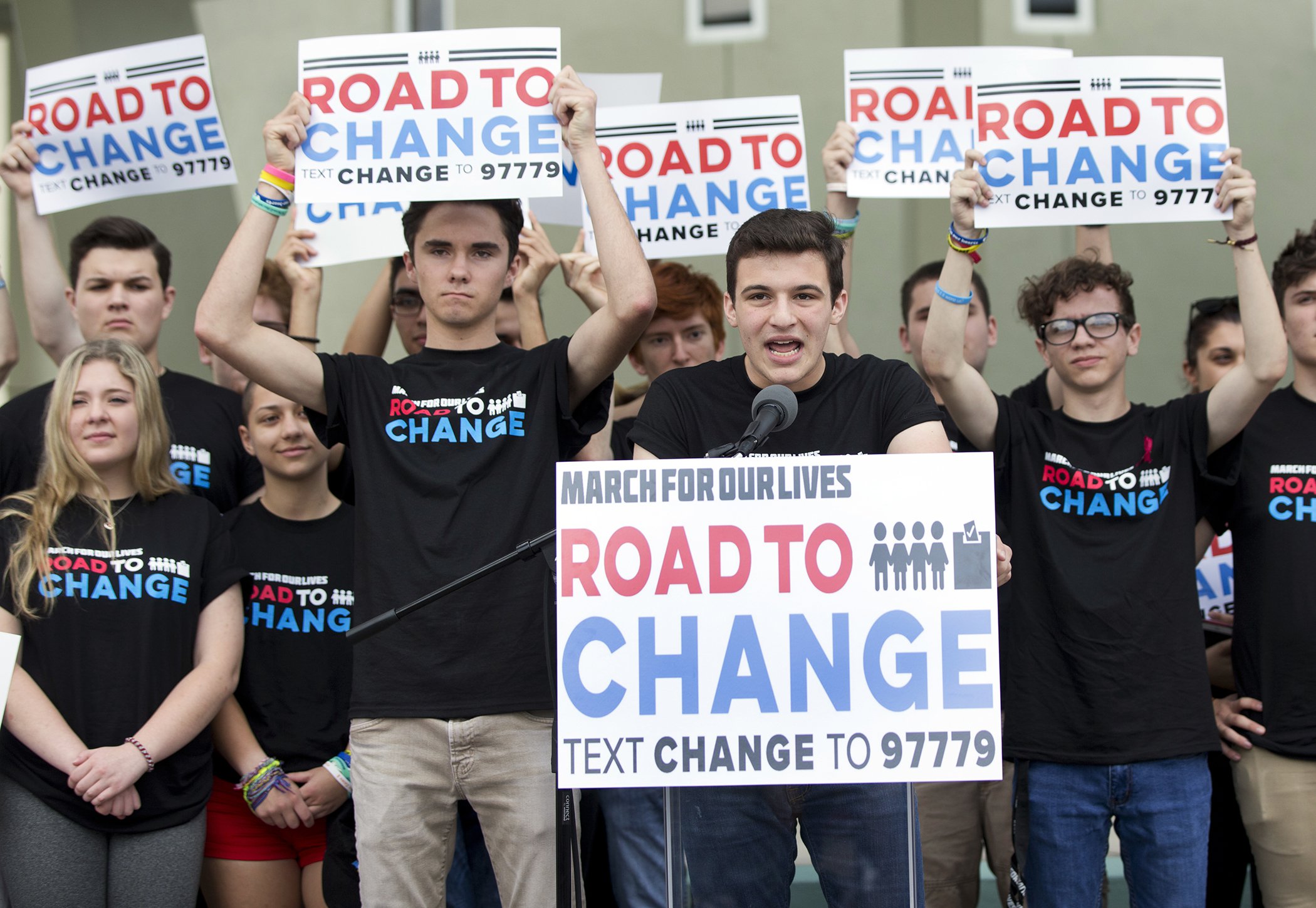 6. Parkland Students Voting Bus Tour: Cameron Kasky, center, speaks during a news conference on June 4 in Parkland, Florida. A day after graduating from high school, a group of Florida school shooting survivors has announced a multistate bus tour to "get young people educated, registered, and motivated to vote."

7. Ramadan in Indonesia: Indonesian Muslims sleep in a mosque in Surabaya, East Java, on June 6 as part of their belief that in the last 10 days of the holy month of Ramadan would be a night when God gives his blessing and mercy. Muslims throughout the world are marking the month of Ramadan, the holiest month in the Islamic calendar, during which devotees fast from dawn till dusk.

8. Women in Politics: The new Spanish government's ministers pose with Spanish Prime Minister Pedro Sanchez (seventh from left) and King Felipe VI (center) after taking oath of office at La Zarzuela palace in Madrid on June 7. King Felipe VI swore in Spain's new pro-EU government with a record 11 women members, including in key posts such as defense and economy, and six male ministers. 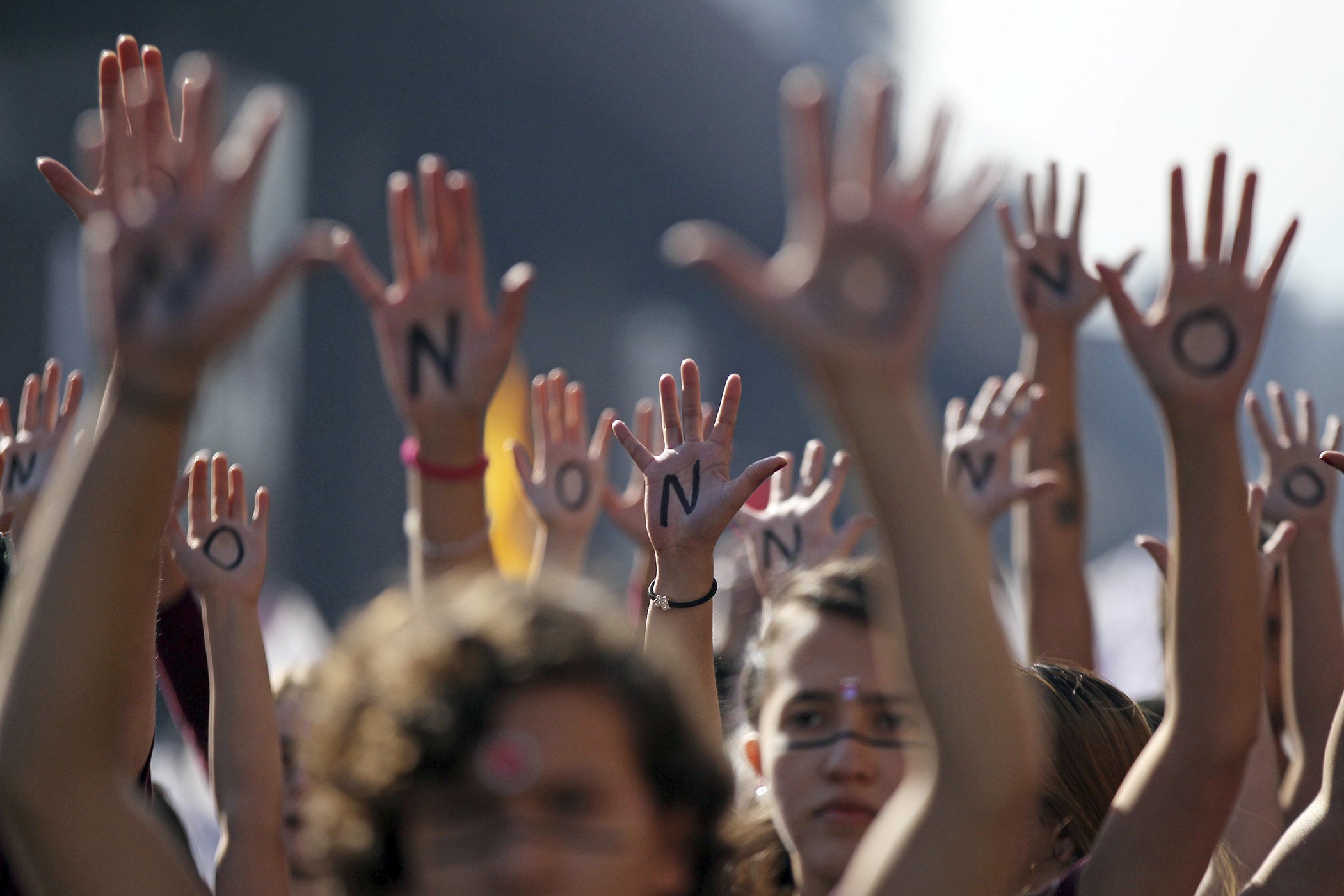 9. Feminist Protest in Chile: A group of women hold up their arms, showing the words "NO" printed on their palms, during a protest march demanding non-sexist education and an end to discrimination, harassment, and sexual abuse by academics, students,  and officials in Santiago, Chile, on June 6. 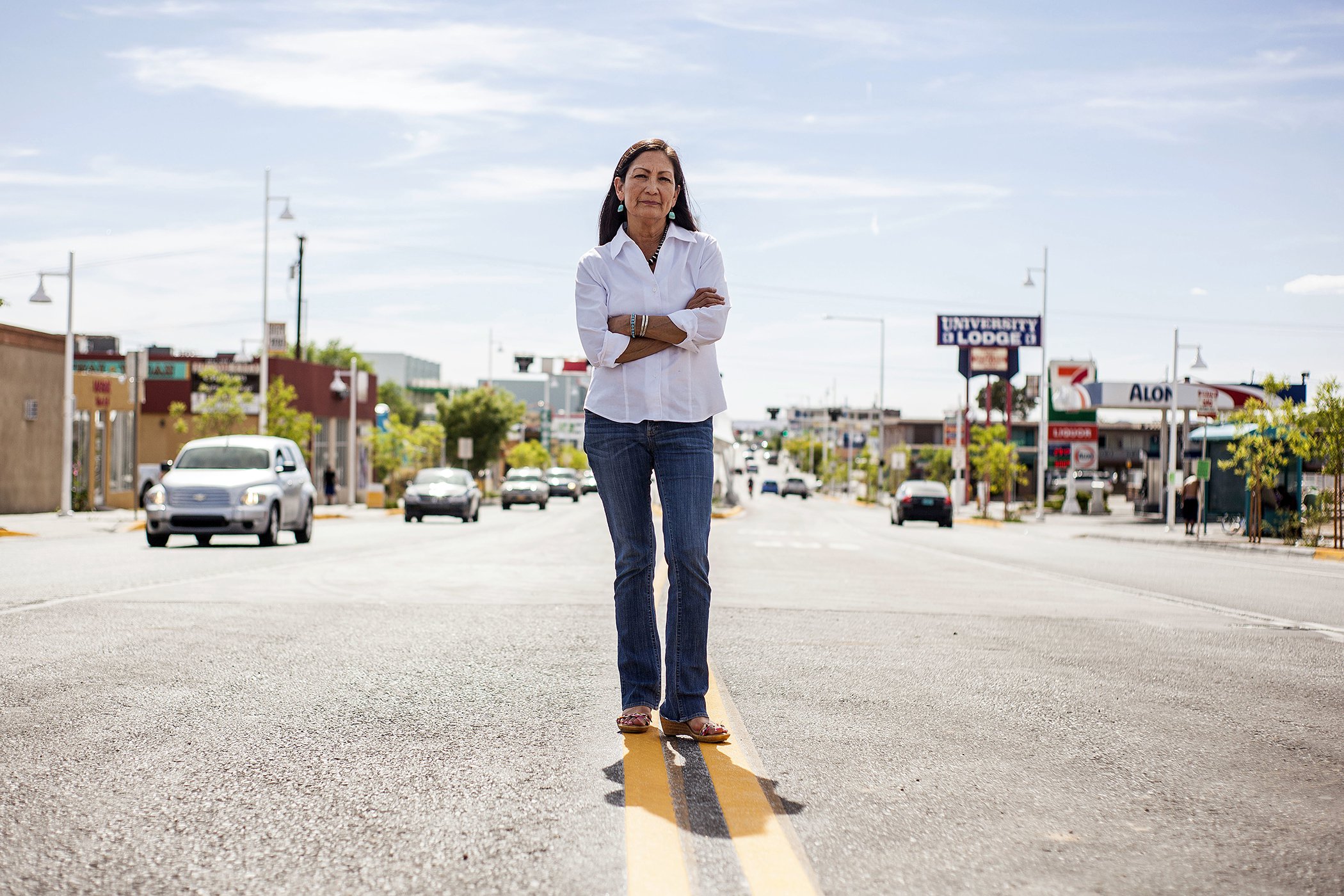 10. Women in Politics in New Mexico: Deb Haaland poses for a portrait in the Nob Hill Neighborhood of Albuquerque, New Mexico, on June 5. New Mexico residents voted on Tuesday to narrow the field in two competitive congressional races. Haaland, a tribal member of Laguna Pueblo, took one step closer to becoming the first Native American woman in Congress by winning the Democratic nomination in New Mexico's heavily Democratic 1st district. 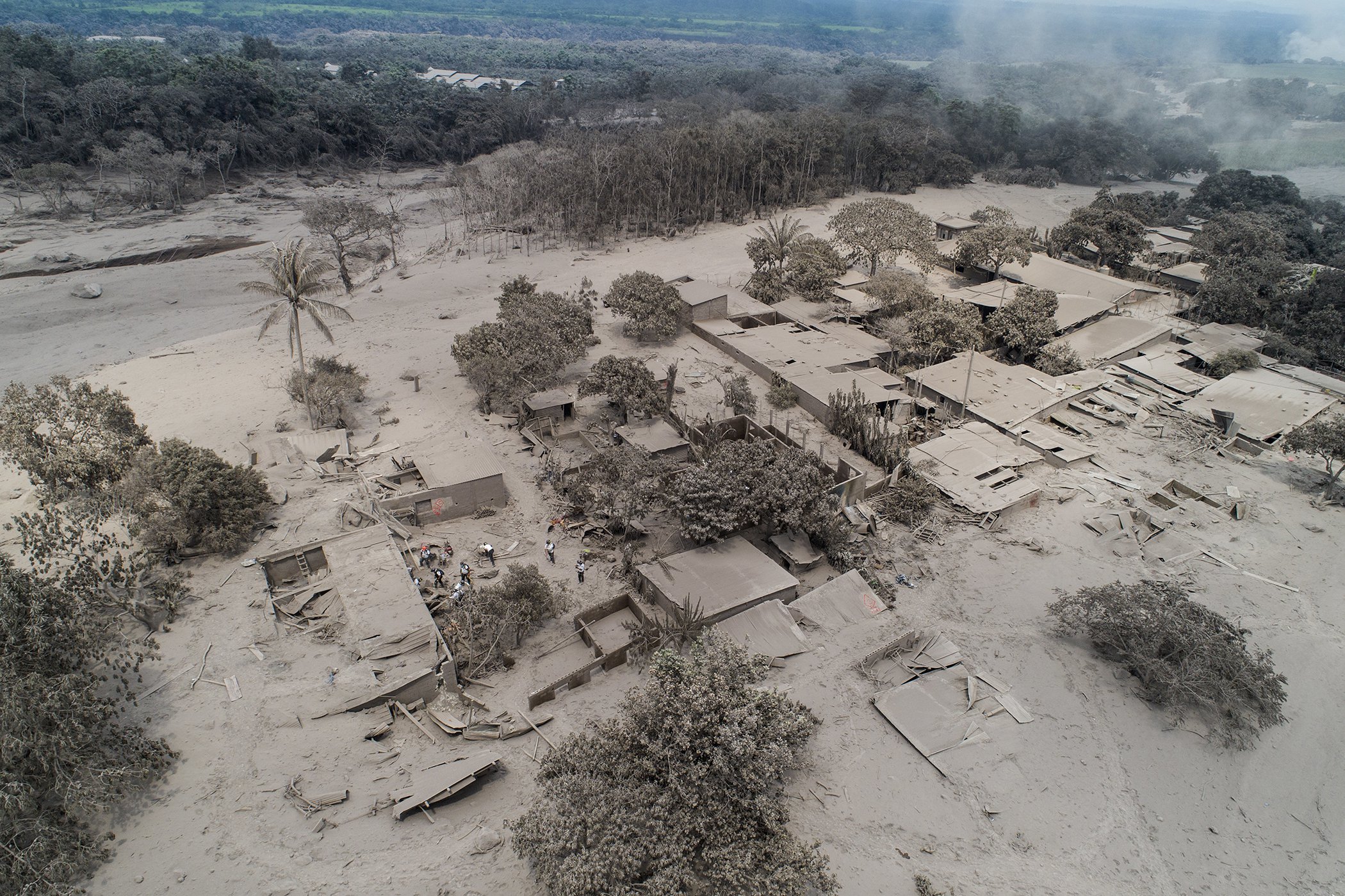 11. Guatemala Volcano: Rescue workers search in El Rodeo, one of the hamlets in the disaster area near the Volcan de Fuego, or "Volcano of Fire," in Escuintla, Guatemala, on June 5. The fiery volcanic eruption in south-central Guatemala killed scores as rescuers struggled to reach people where homes and roads were charred and blanketed with ash. 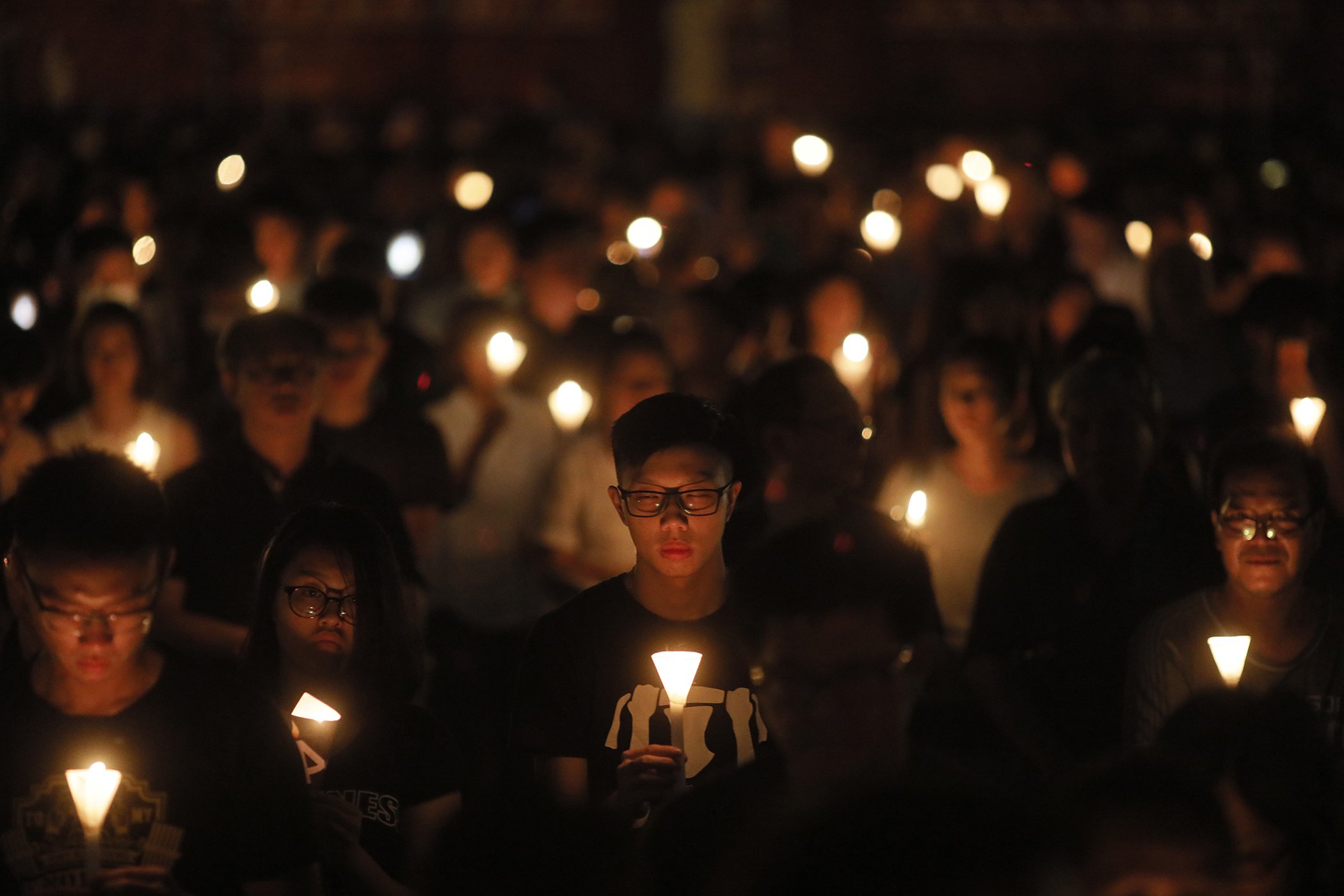