By Cassie Carothers  and  Olivia Kestin

Protests, Pride, and More: 16 Stunning Photos From Around the World

By Cassie Carothers  and  Olivia Kestin

Summer officially begins this week, following days of people taking action around the world — and it's looking like this seasons could be a summer of protest. In Sudan, attendees of pro-democracy sit-in were attacked violently earlier this month, leaving hundreds dead. In Hong Kong, protesters forced a potential law that would allow China to extradite citizens to be put on hold. And around the world, people are taking to the streets to celebrate LGBTQ Pride. Check out these power moments and more in our week in photos. 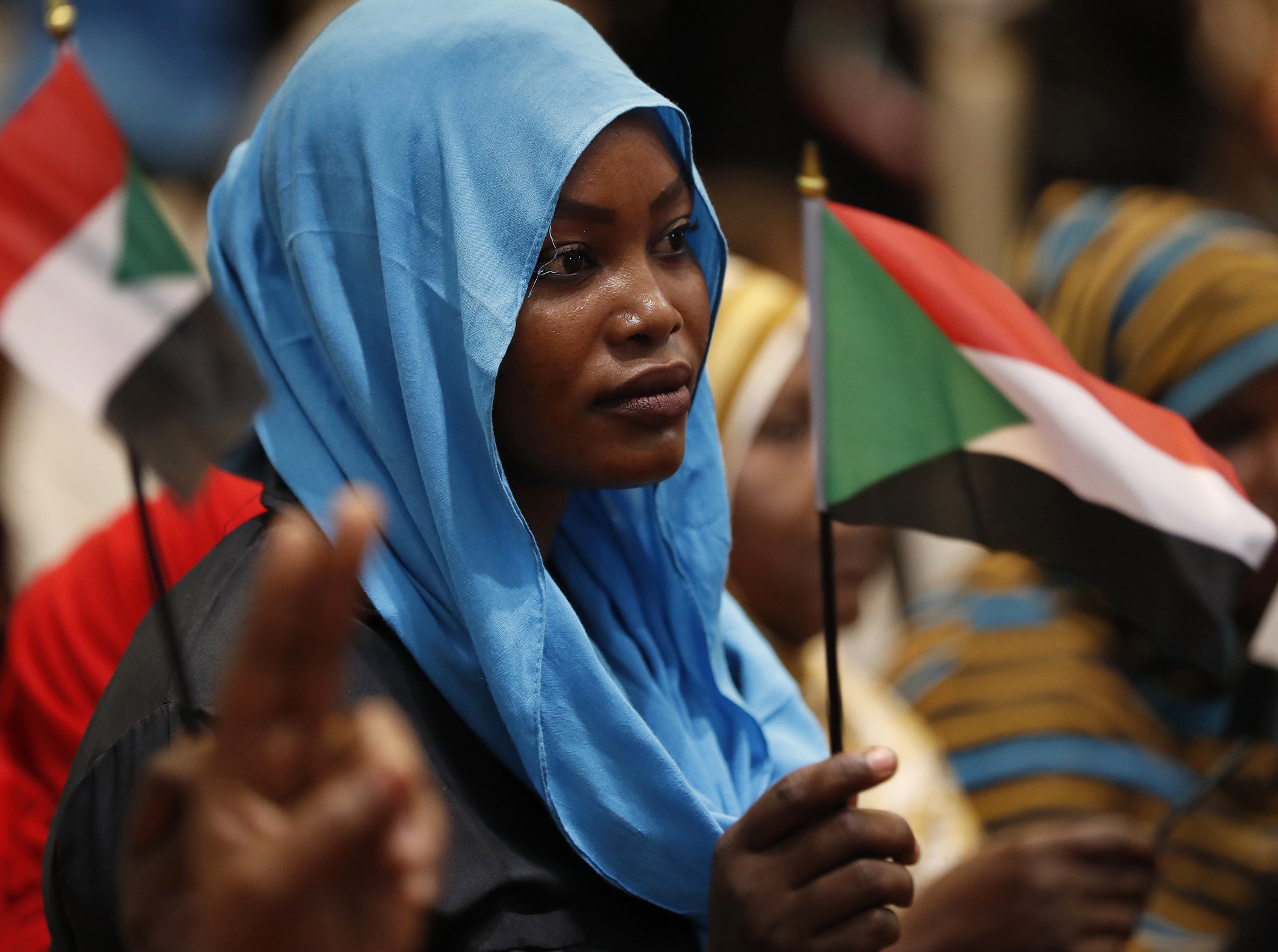 1. Political Crisis in Sudan: A Sudanese woman supporter of Gen. Mohammed Hamdan Dagalo, the deputy head of the military council, holds her national flag as she attends a military-backed women's rally, in Khartoum, Sudan, June 20. Dagalo said the military has identified the perpetrators of the violent dispersal of a pro-democracy sit-in, which left hundreds dead earlier this month. While the high death toll is only now drawing international attention, Sudan has been in turmoil since President Omar al-Bashir, whose repressive administration ruled for nearly 30 years, was overthrown in a military coup in April after mass demonstrations. 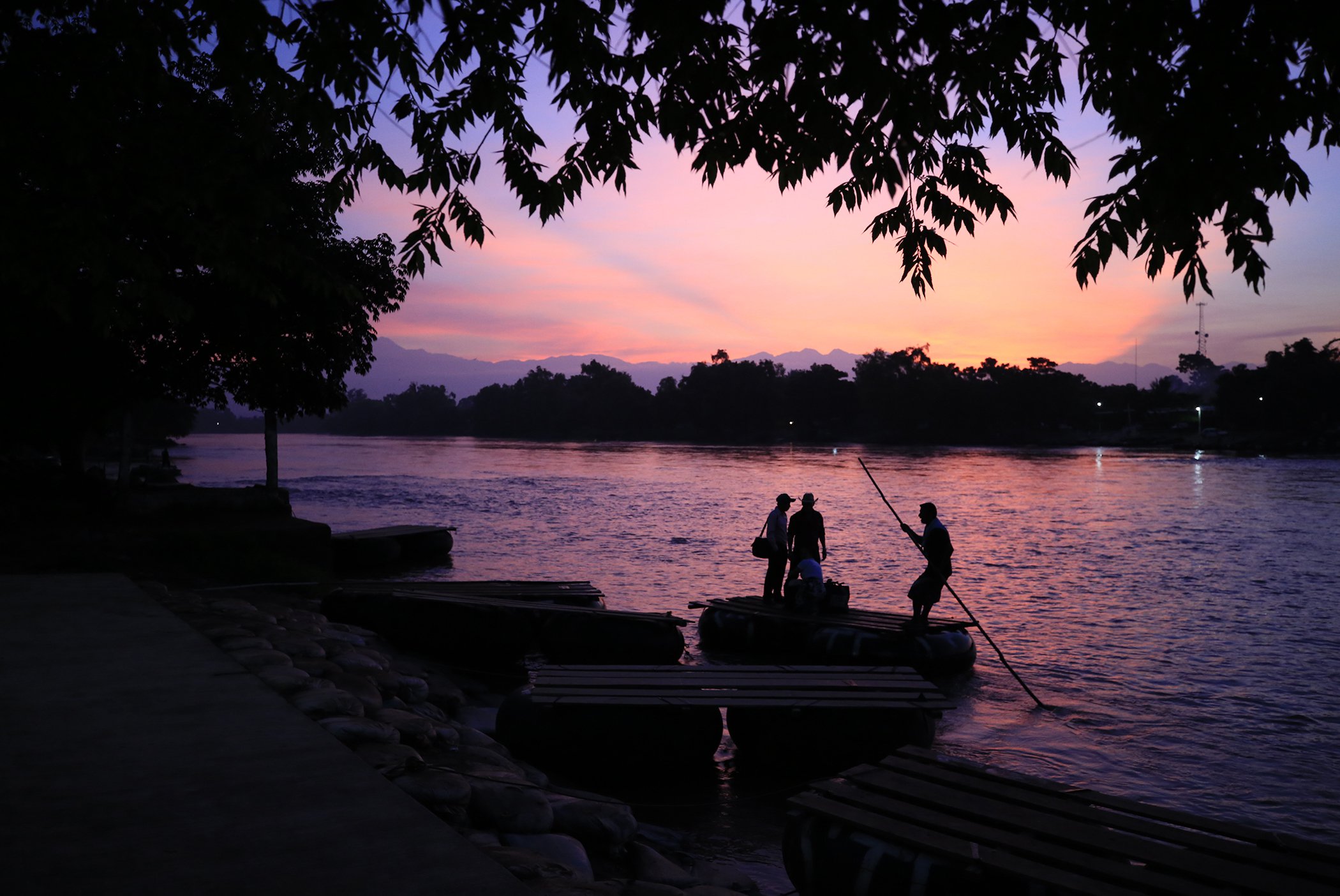 2. Central American Migration: A raft operator pushes away from shore ferrying passengers to the Guatemalan side, in Ciudad Hidalgo, Mexico, at sunrise on June 18. The number of migrants taking rafts at the busy Ciudad Hidalgo crossing point appears to have decreased significantly in recent days amid fears of a pending deployment of the National Guard along the southern border. Migrants fleeing Central America's Northern Triangle region comprising Honduras, El Salvador, and Guatemala, routinely cite poverty and rampant gang violence as their motivation for leaving. 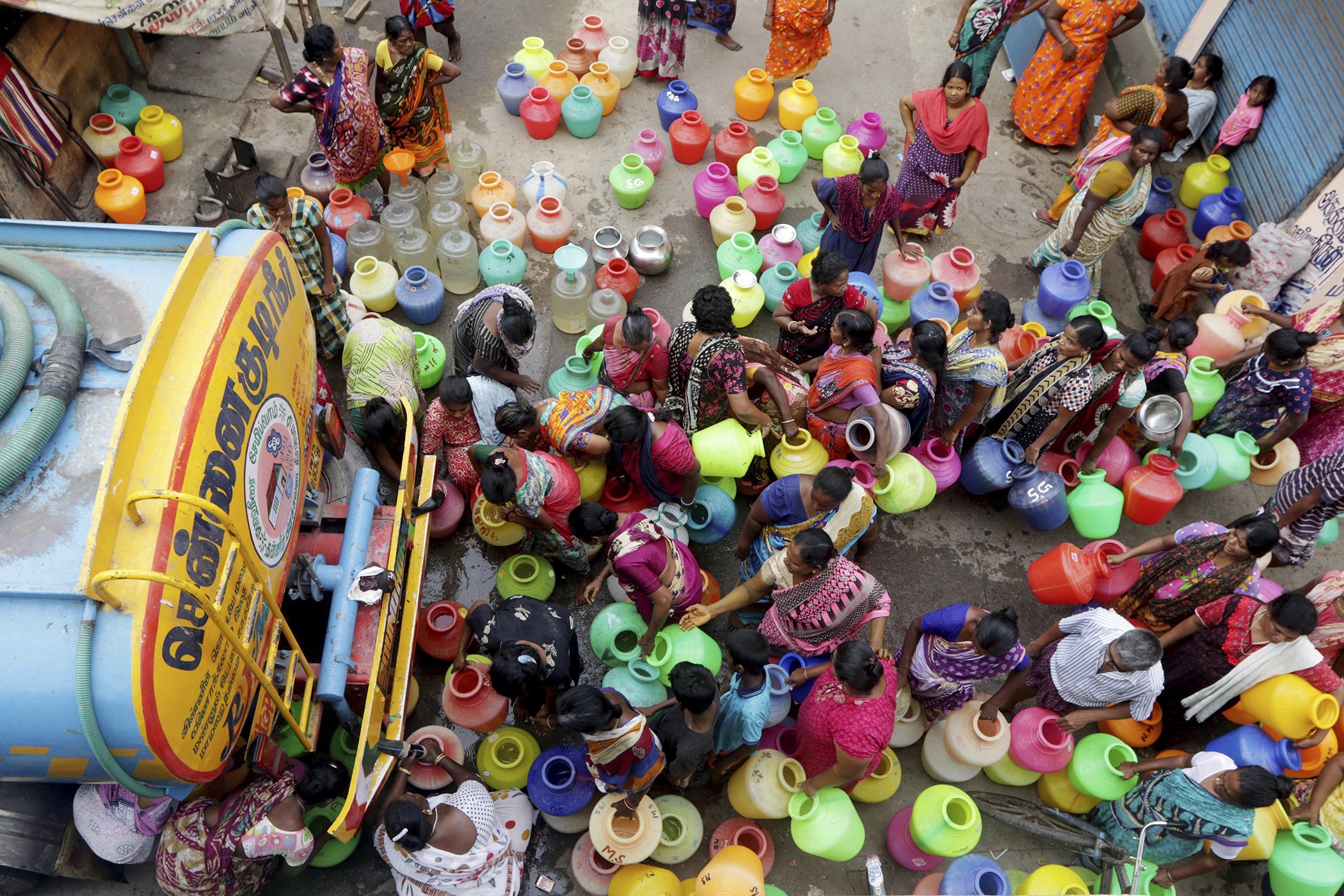 3. India Drought: Indians stand in queues to fill vessels filled with drinking water from a water tanker in Chennai, capital of the southern Indian state of Tamil Nadu, June 19. Millions of people are turning to water tank trucks in the state as house and hotel taps run dry in an acute water shortage caused by drying lakes and depleted groundwater. Some private companies have asked employees to work from home and several restaurants are closing early and even considering stopping lunch meals if the water scarcity aggravates. 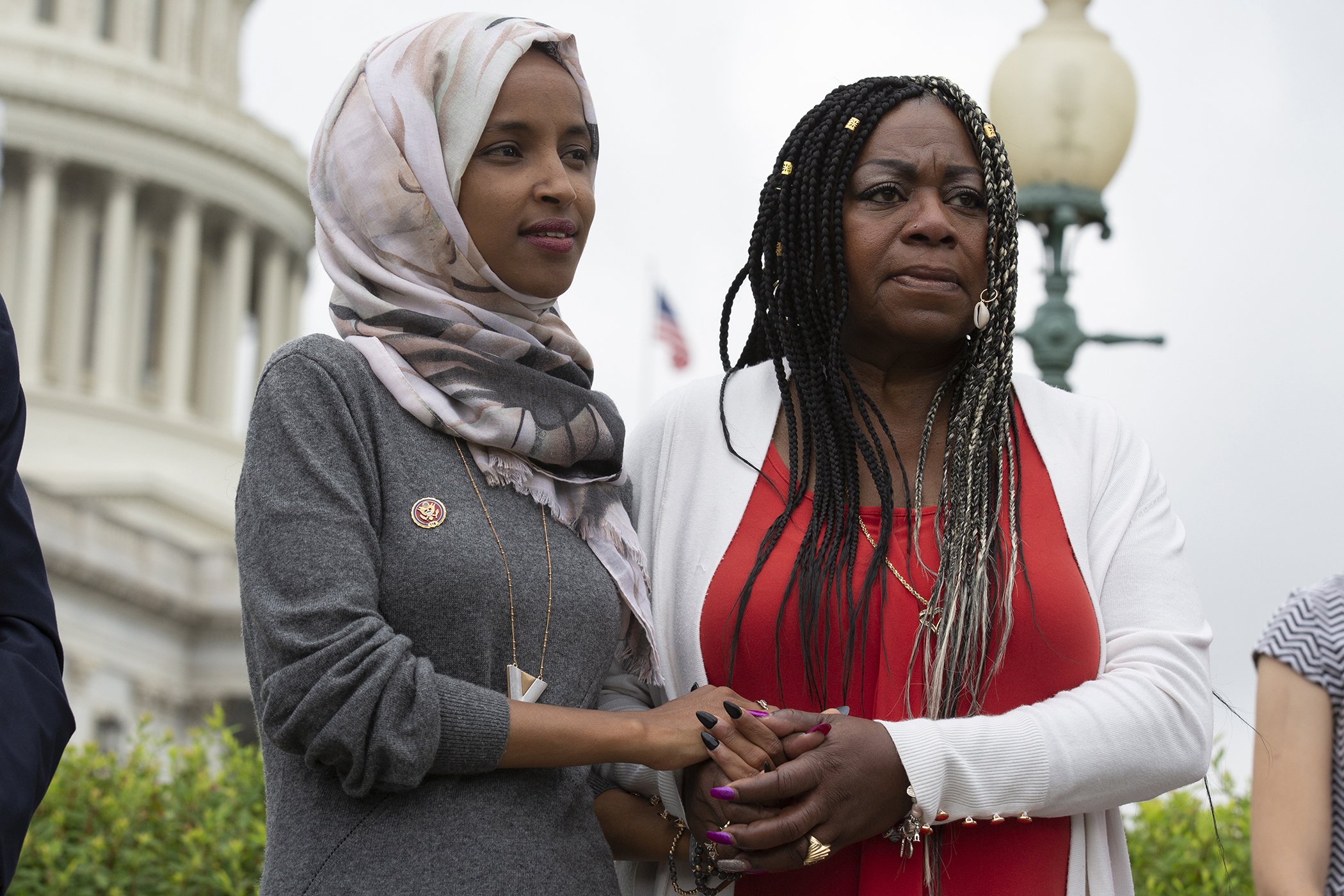 5. School Lunches: US Rep. Ilhan Omar (D-MN) holds hands with Valerie Castile, who paid the lunch debt of students at a Minnesota high school, at a press conference on the No Shame at School Act on June 19 in Washington, DC. "Across this country, students whose families are struggling to afford school meals are being singled out and humiliated at lunchtime," Omar said at the news conference. The bill, which is sponsored by Omar, will ensure that no child is shamed or goes without eating a school lunch due to a lack of money. 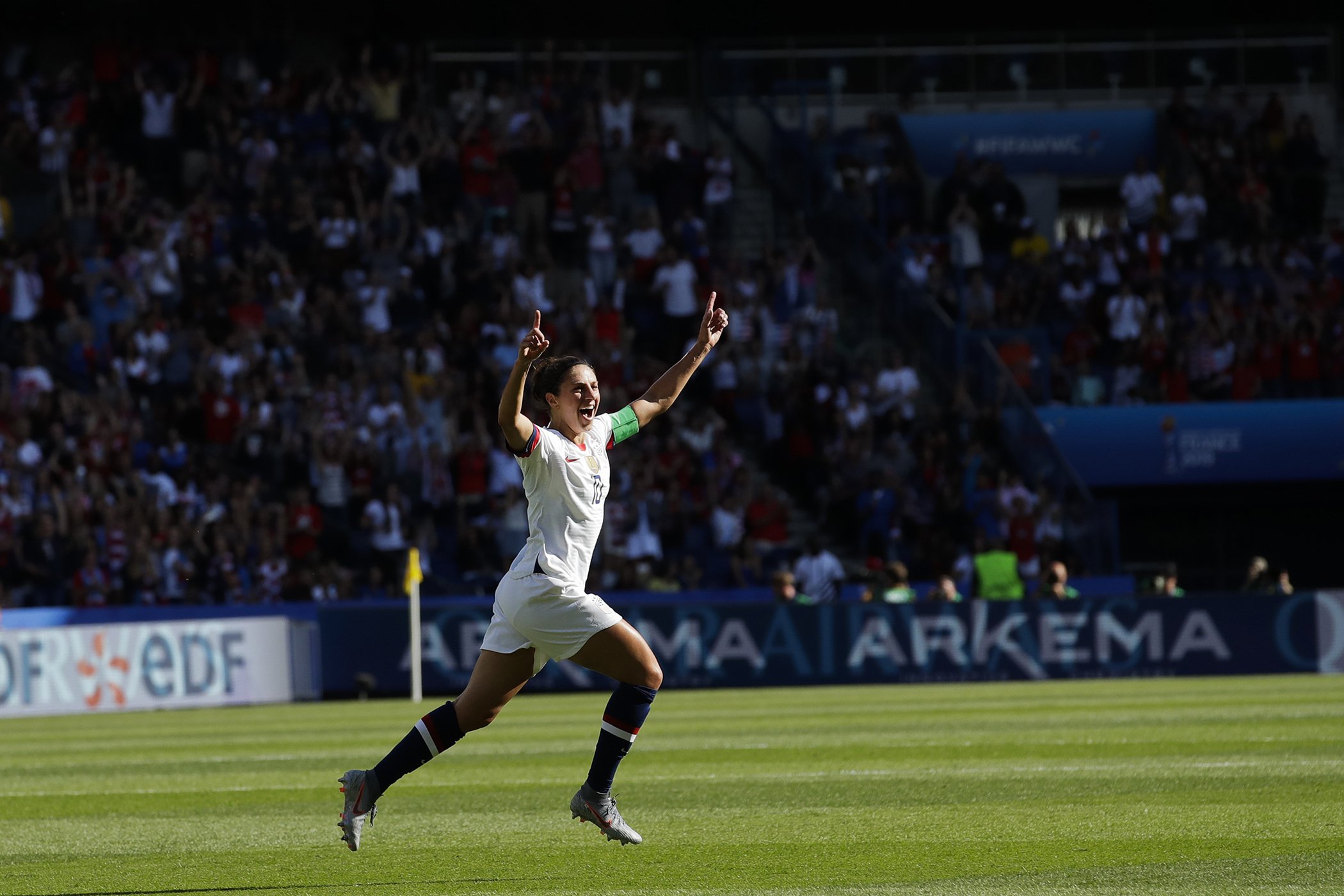 6. Women's World Cup: United States' Carli Lloyd celebrates after scoring the opening goal during the Women's World Cup Group F soccer match between United States and Chile at Parc des Princes in Paris, June 16. Lloyd scored twice in their 3-0 victory. Audited financial reports from the US Soccer Federation revealed that in the three years after the US women’s soccer team won the 2015 World Cup, the US women's matches generated more revenue than the men's games, according to the Wall Street Journal. Despite their success, on International Women's Day this year, the world’s most successful women’s soccer team demanded better work conditions and equal pay, arguing they’re paid less than male players at the same level. All 28 members of the US women’s soccer team filed a class-action lawsuit on March 8, suing the United States Soccer Federation for alleged gender discrimination.

7. World Refugee Day: Minor migrants seeking for asylum in the United States draw in Juventud 2000 migrant shelter in Tijuana, Baja California state, Mexico, on June 19, a day ahead of World Refugees Day. World Refugee Day is observed each year internationally to raise awareness of the situation of refugees throughout the world. 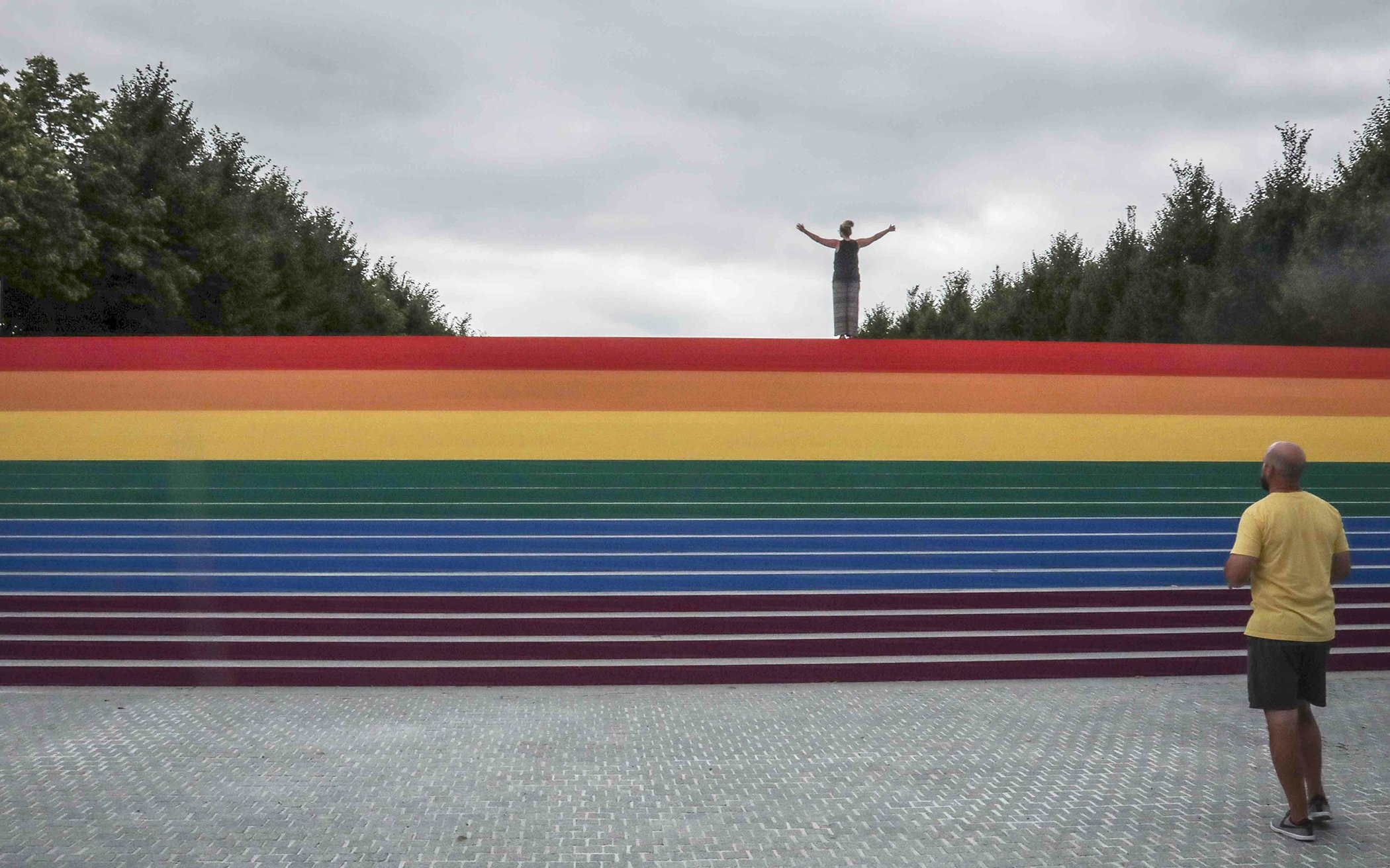 8. World Pride Celebrations: Visitors take photos at the FDR Four Freedoms State Park's monumental stairs, painted in LGBTQ rainbow colors in celebration of WorldPride on June 17, in Roosevelt Island, New York. The display, called "Ascend," commemorates the 50th anniversary of the Stonewall uprising on June 28, 1969, when NYPD officers raided the Stonewall Inn, a small gay bar in NYC's Greenwich Village. At the time, homosexuality was illegal and cross-dressing was a crime. Police had the right to raid and close down bars if they had gay patrons, but that night the LGBTQ community decided to fight back, forever changing LGBTQ activism and American culture.

9. Orangutan Conservation: A young Sumatran orangutan named Elaine swings on a line at the forest reserve in Jantho on Jun 18, 2019. Five-year-old Elaine and another four-year-old primate spent nearly two years learning to fend for themselves at a rehabilitation centre and forest school before being returned to the wild at Pinus Jantho Forest Reserve.

11. Hong Kong Protests Over China Extradition Law: Protesters occupy a street demanding Hong Kong leader to step down after a rally against the now-suspended extradition bill outside of the Chief Executive Office on June 17, in Hong Kong China. Hong Kong pro-democracy activist, Joshua Wong, said on Monday after being released from jail that Chief Executive Carrie Lam must step down as he joined protesters against the controversial extradition bill which would allow suspected criminals to be sent to the mainland and place its citizens at risk of extradition to China. 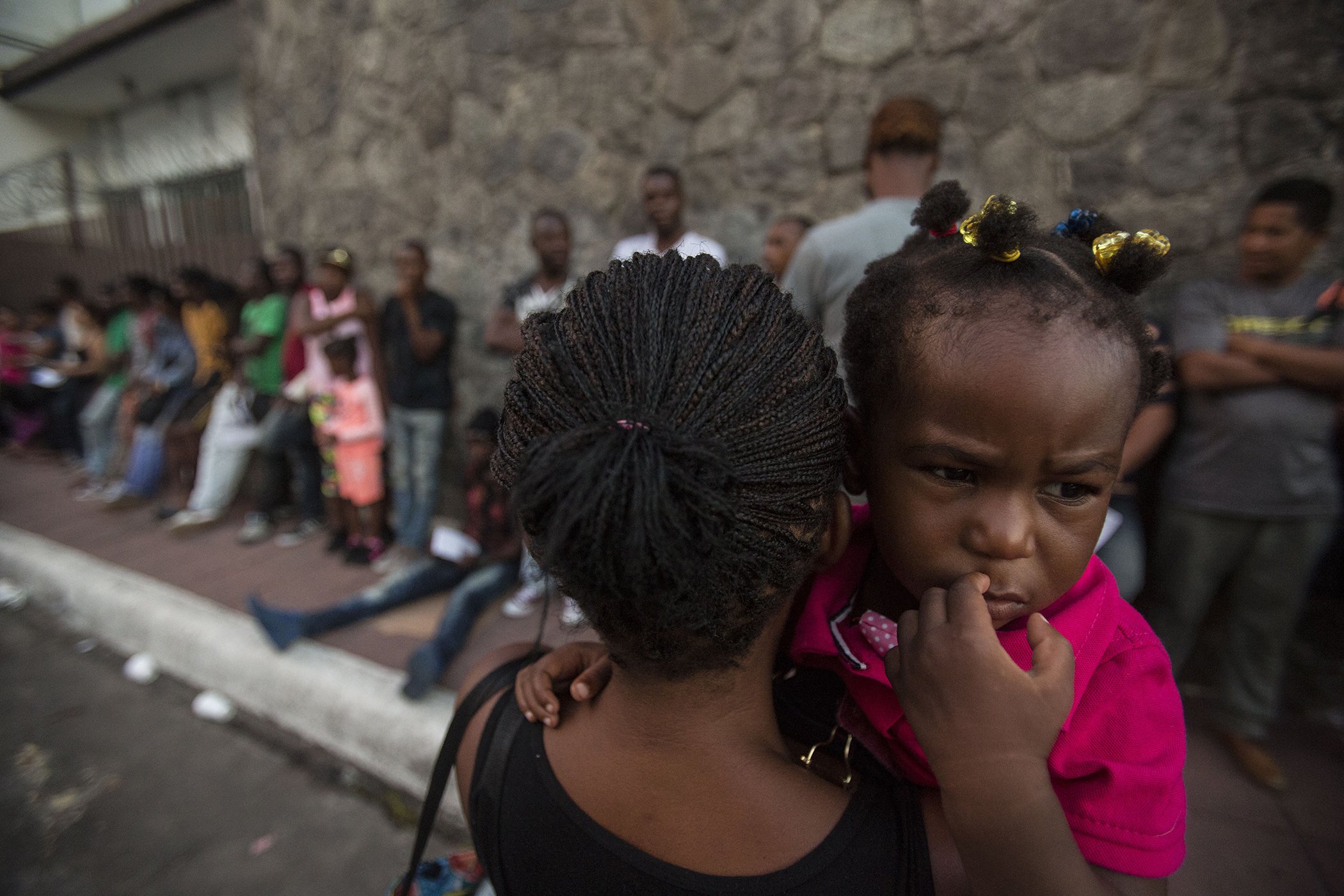 13. Migration in Central America: A Haitian woman carries her daughter as she waits outside the Mexican Commission for Migrant Assistance office, to get the documents needed that allow them to stay in Mexico, in Tapachula, early June 20. The flow of migrants into southern Mexico has seemed to slow in recent days as more soldiers, marines, federal police, many as part of Mexico's newly formed National Guard, deploy to the border under a tougher new policy adopted at a time of increased pressure from the Trump administration.  Migrants fleeing Central America's Northern Triangle region comprising Honduras, El Salvador, and Guatemala routinely cite poverty and rampant gang violence as their motivation for leaving.

14. Education in Yemen: Yemeni students sit for their final exams at a secondary school in the capital Sanaa on June 16.

15. Water in India: This photo taken on June 14 shows an Indian man searching for fish in a last bit of water in the dried out Puzhal reservoir on the outskirts of Chennai. Water levels in the four main reservoirs in Chennai have fallen to one of its lowest levels in 70 years, according to Indian media reports. 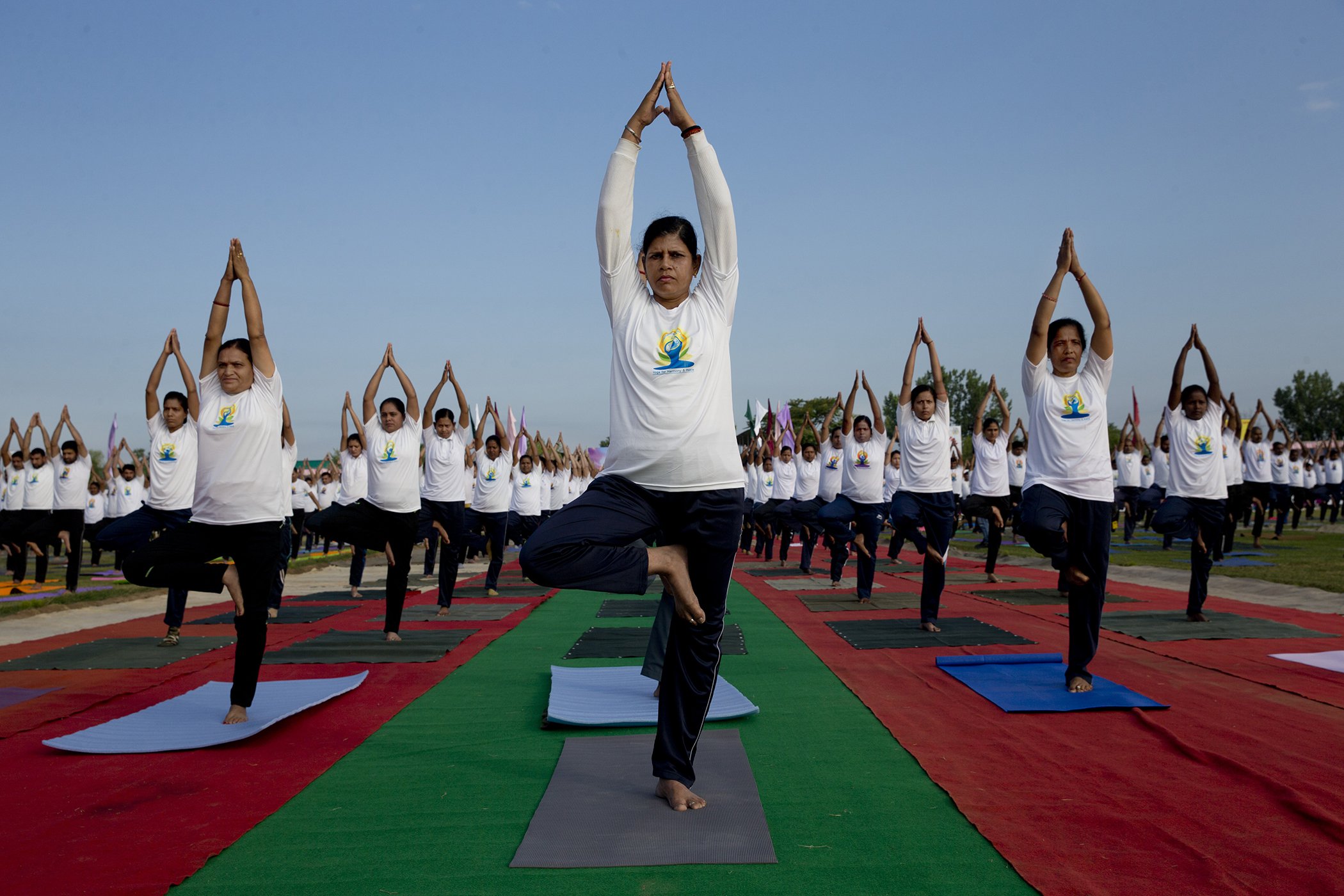