These powerful images capture everything from World Cup celebrations to devastating wildfires.

Why Global Citizens Should Care
These powerful images from around the world range from celebrations of the late Nelson Mandela, who dedicated his life to fighting for equality, to the impact of extreme weather events, worsened by climate change, on some of the world's most vulnerable populations. You can join us here to take action on these issues and more.

This week has been one of celebration in many places around the world.

Across South Africa and the globe, people honored the late Nelson Mandela, who would have turned 100 on July 18. In his highest-profile speech since leaving office in January 2017, Barack Obama remembered the legendary anti-apartheid leader and urged the crowd to follow in his footsteps and continue the fight for equality everywhere.

France, too, had reason to celebrate this week after winning its first FIFA World Cup in 20 years. And in Thailand, people rejoiced for a very different reason, as the trapped young boys and their coach were returned to saftey after spending two weeks trapped by floods in a cave.

Yet, while scenes of joy were scene throughout much of the world this week, people in both the Philippines and Bangladesh are struggling to stay safe and dry as the rainy season carries on. And the ongoing conflict in Syria — now in its seventh year of civil war — continues to displace people from their homes.

These are this week's most powerful photos of celebration, struggle, and everyday life.

1. Mandela Day: Members of the Maharishi Institute Choir perform at the global Walk Together initiative event by Nelson Mandela's group The Elders to celebrate Nelson Mandela's 100th Anniversary at Constitution Hill in Johannesburg on July 18. South Africa celebrated 100 years since Nelson Mandela's birth, which is marked annually around the world as Mandela Day, and the Nelson Mandela Foundation called for people to "take action and inspire change" in his name on the centenary year. 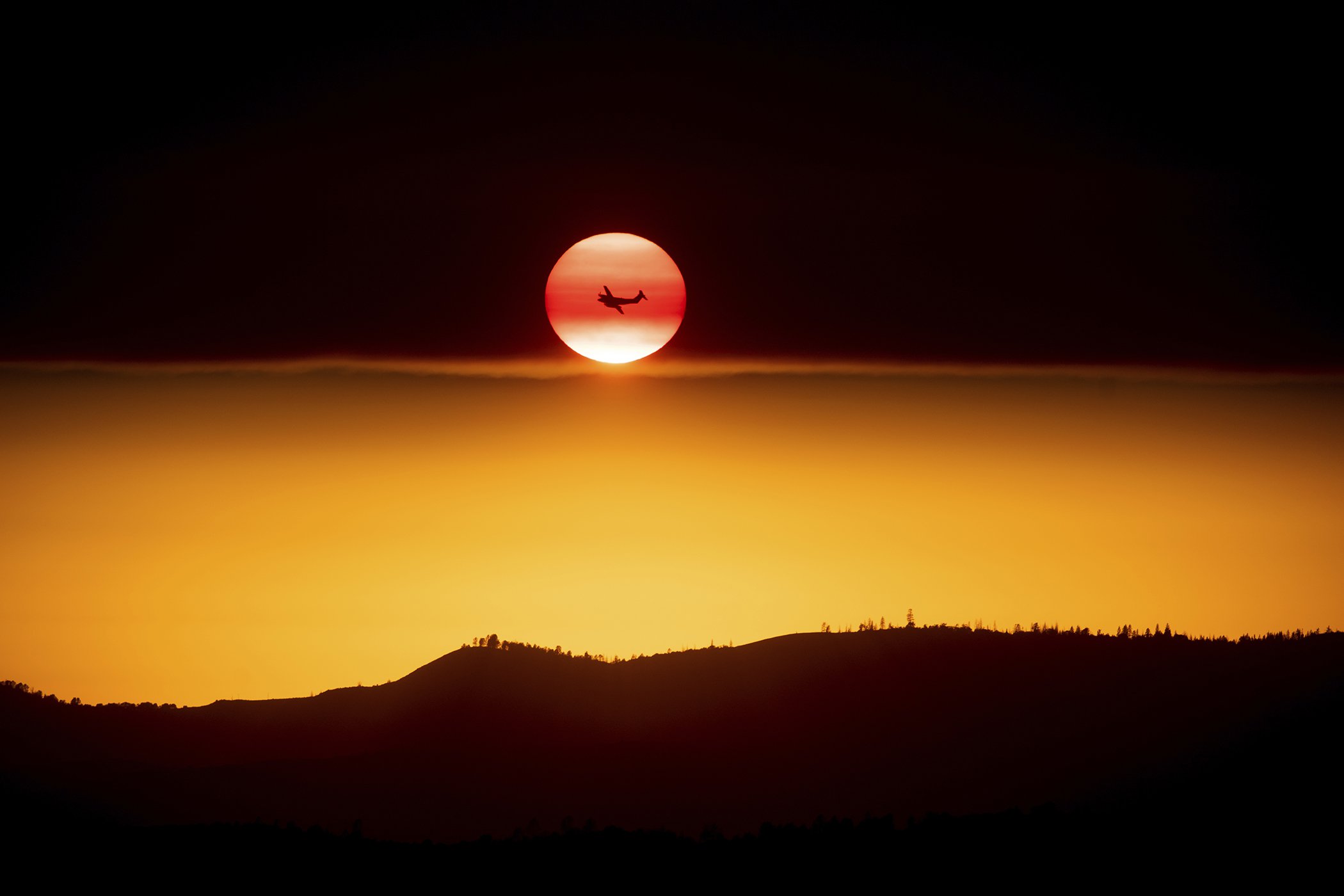 2. California Wildfires: A plane battling the Ferguson Fire passes the setting sun in unincorporated Mariposa County in California, near Yosemite National Park on July 15. As of this morning, the wildfire has burned 22,892 acres of Mariposa County and is only 7% contained. Rising average temperatures have led to forests in California drying out, increasing the risk of fires. There are more than 100 million dead trees in California alone, which creates a tinderbox for fires to spark and grow from.

3. Syrian Conflict: Evacuated Syrian boys from the area of Fuaa and Kafraya in the Idlib province look out of a broken bus window as it passes the al-Eis crossing south of Aleppo during the evacuation of several thousand residents from the two pro-regime towns in northern Syria on July 19. 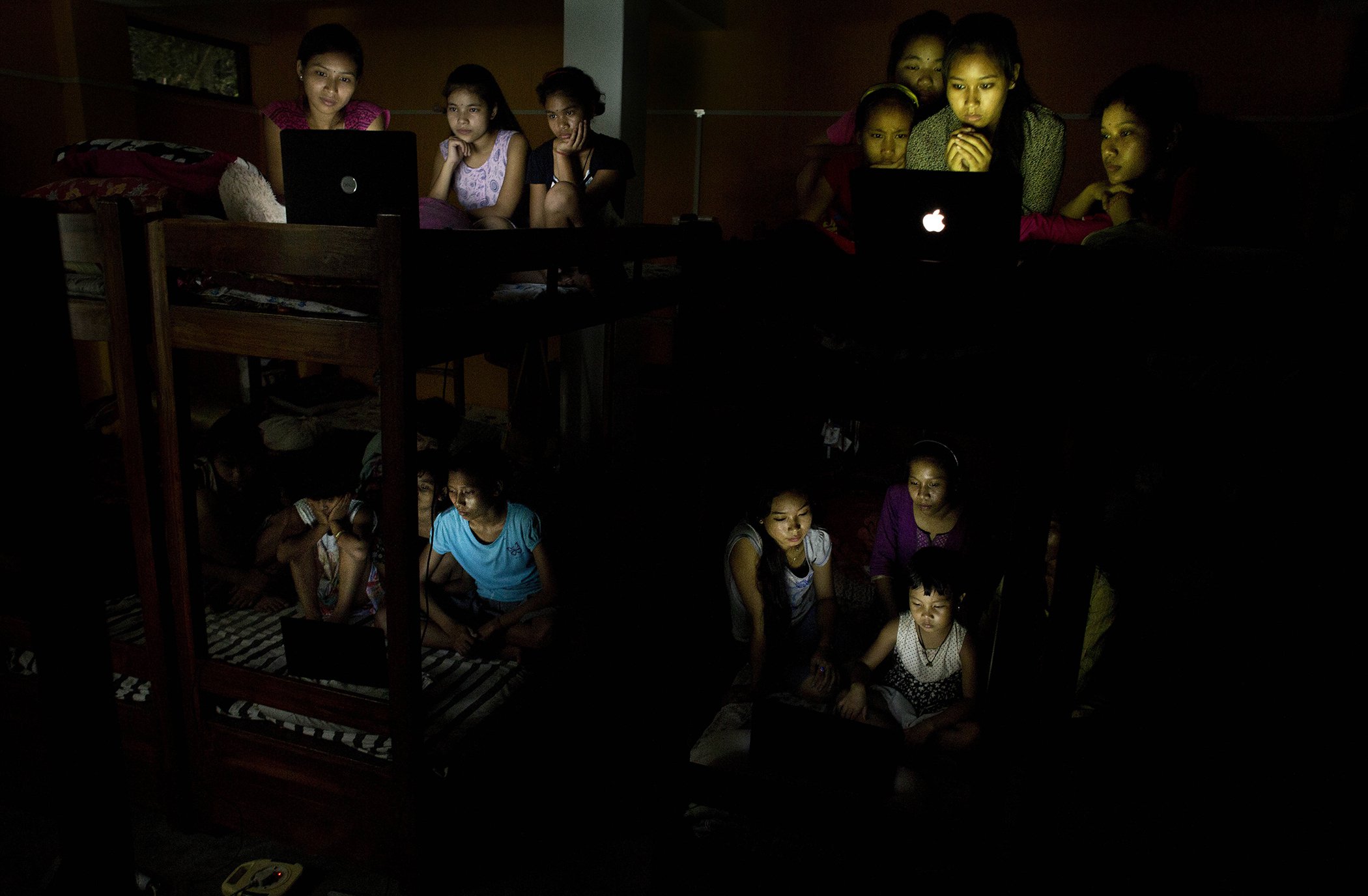 4. World Cup: Indian children at a school hostel watch on laptops the World Cup soccer final match between France and Croatia on the outskirts of Gauhati, India, on July 15. 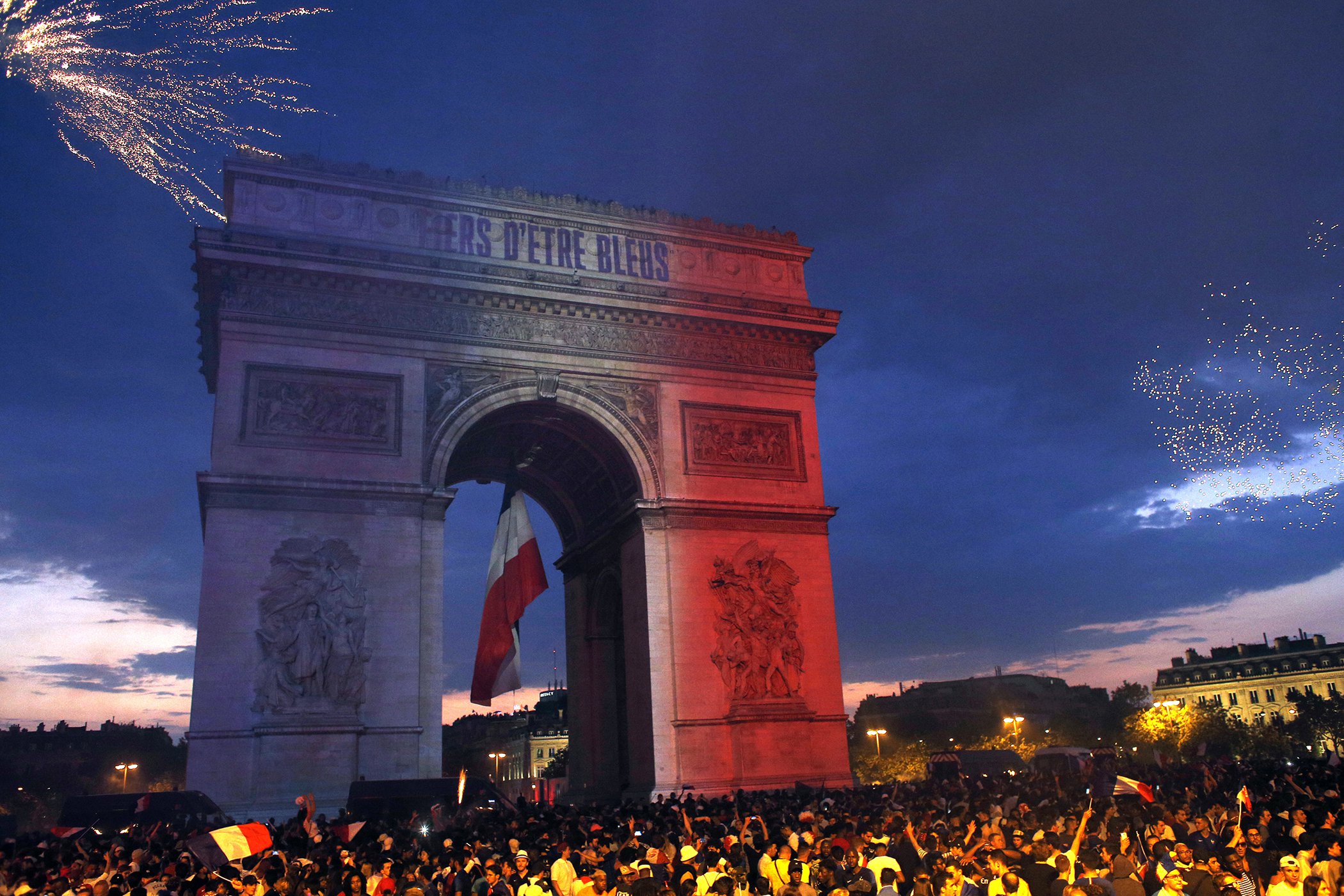 5. France World Cup Victory: The Arc de Triomphe is illuminated with the colors of the French national flag and by fireworks set off by French soccer fans celebrating France's World Cup victory over Croatia, in Paris, France, July 15. France won the final 4-2. The inscription in French reads: Proud to be blue. After the victory, Kylian Mbappé, a 19-year-old powerhouse who scored four goals this tournament, announced that he will donate all of his earnings from the tournament to kids with disabilities. The athlete, who was born in Paris, is the son of immigrants – yet another reminder of how migration and diversity can make a country great. 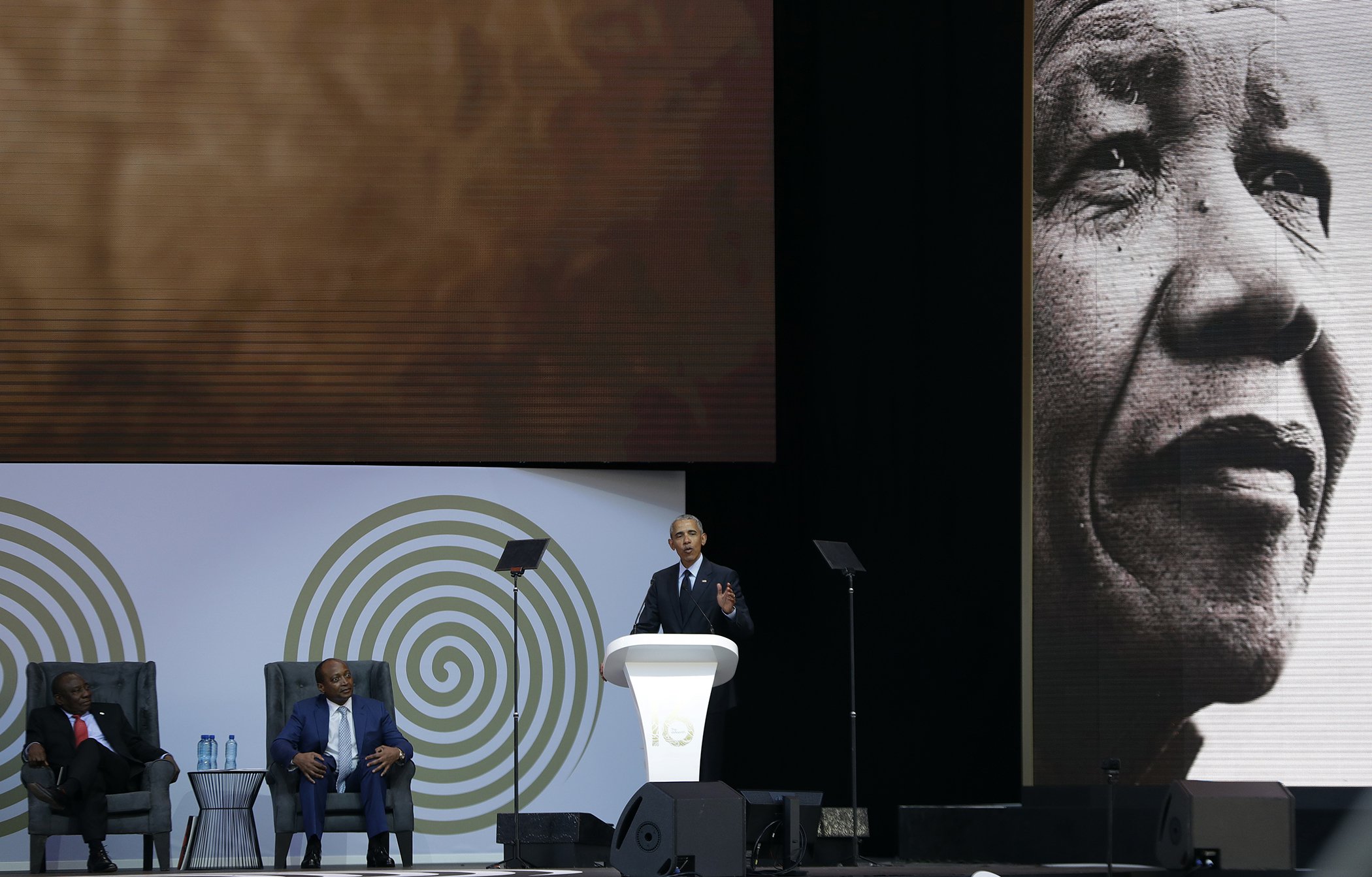 6. Nelson Mandela Centenary: Former US President Barack Obama delivers his speech at the 16th Annual Nelson Mandela Lecture at the Wanderers Stadium in Johannesburg, South Africa, on July 17. In his highest-profile speech since leaving office, Obama urged people around the world to respect human rights and other values under threat in an address marking the 100th anniversary of anti-apartheid leader Nelson Mandela's birth.

7. Summer Weather: A child plays in the waterfall at Yards Park amid warm summer temperatures in Washington, DC, on July 19.

8. Rohingya Refugees: A Rohingya refugee girl makes her way as rain falls at Jamtoli refugee camp in Ukhia on July 20. 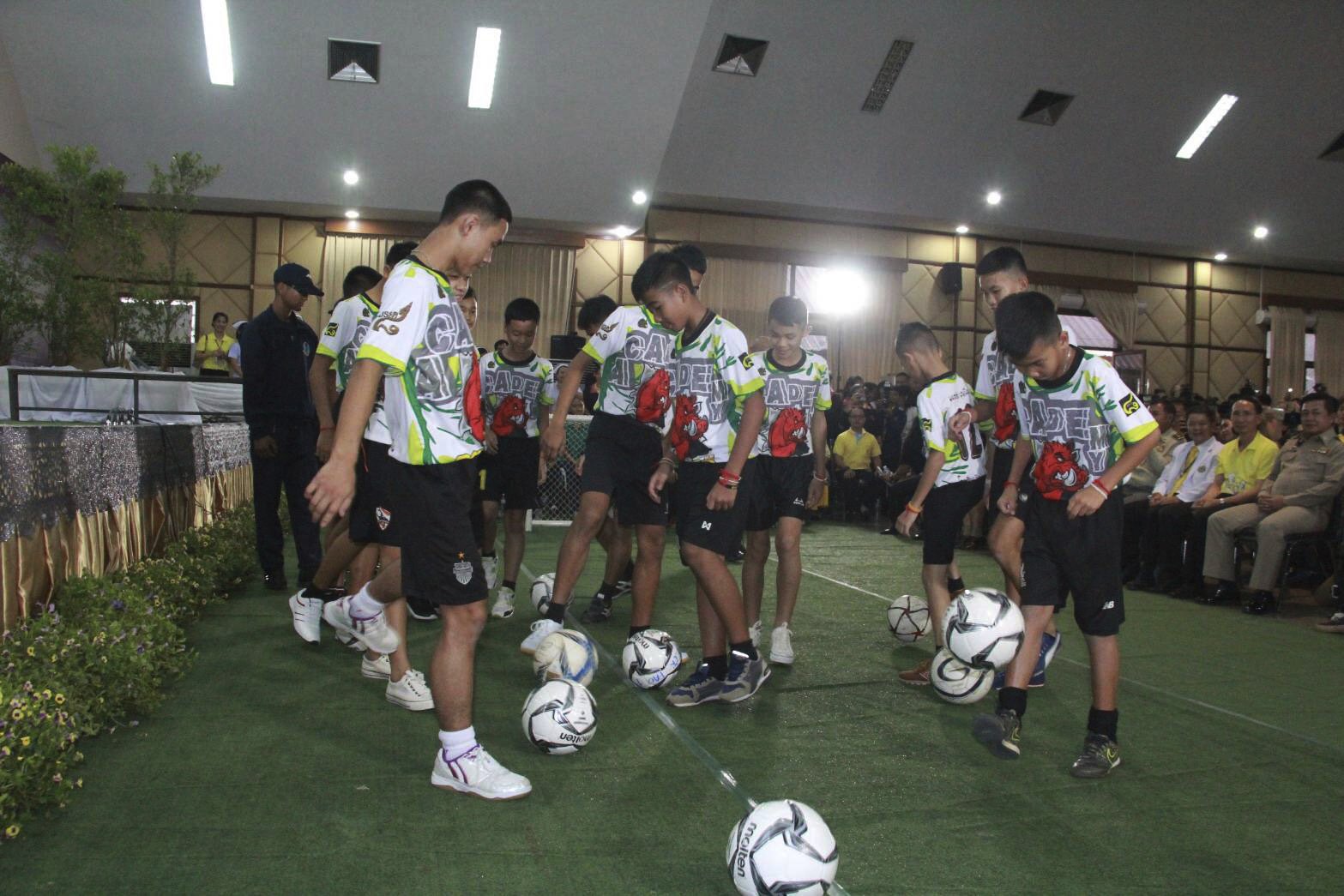 9. Thailand Cave Rescue: In this July 18 photo provided by Chiang Rai Public Relations Department, members of the rescued soccer team show their skills before a press conference regarding their experience being trapped in the cave in Chiang Rai, northern Thailand. One of the boys, Adun Sam-On, a 14-year-old top student and star athlete who speaks four languages, was able to take a leadership role inside of the cave by translating for British divers. Staff at his school say it is not the first time the boy has had to overcome significant challenges, having escaped ethnic conflict in Myanmar to live alone as a refugee without a home or family in Thailand.

10. France Agriculture: An aerial view shows haystacks in a field in Saint-Philbert-sur-Risle, northern France, on July 19.

11. Flooding in the Philippines: A woman looks out of her home at floodwaters as the Marikina river swelled after continuous rain caused by Tropical Storm Inday (Ampil) in Manila on July 20.

12. Protests in Peru: Demonstrators take part in a march against corruption in Lima on July 19. Outraged Peruvians marched on Thursday all over the country to protest against corruption, following the scandal of audios of judges negotiating sentences that already caused the resignation of the president of the Supreme Court and the Minister of Justice.