Rohingya refugee girls cross a makeshift bamboo bridge at Kutupalong refugee camp, where they have been living amid uncertainty over their future after they fled Myanmar to escape violence a year ago, in Bangladesh, Tuesday, Aug. 28, 2018.
Altaf Qadri/AP
NewsCitizenship

These are some of the most moving images from this week’s most emotional moments.

Why Global Citizens Should Care
From memorials honoring American heroes to the global refugee crisis, these photos show why it's more important than ever to commit to achieving the Global Goals. You can join us in taking action here.

This week has been one of remembrance in the United States and resilience across the globe.

On Capitol Hill, family, friends, and political leaders from both sides of the aisle gathered to honor Senator John McCain's legacy at a memorial on Thursday. Former Vice President Joe Biden shared an emotional tribute, speaking of the senator's unwavering values and calling out the state of current US politics. And earlier in the week, Aretha Franklin's funeral took place in Detroit, where the "Queen of Soul" was celebrated for both her music and activism.

Meanwhile, many parts of the world continued to grapple with the global refugee crisis.

The Trump administration cut over $200 million in aid to the United Nations Palestinian refugee agency, the UNWRA, which helps to funds infrastructure and education for people across the West Bank and Gaza. In response, European nations are picking up some of the slack; however, Palestinians, many of whom live in poverty, will likely suffer from this decision — hundreds of people have already been laid off.

And refugees fleeing violence are still seeking safety as Syrian refugees take shelter at a humanitarian aid camp for displaced people, and Rohingya refugees live in makeshift housing after being forced to leave Myanmar.

Here are nine powerful images from around the world this week. 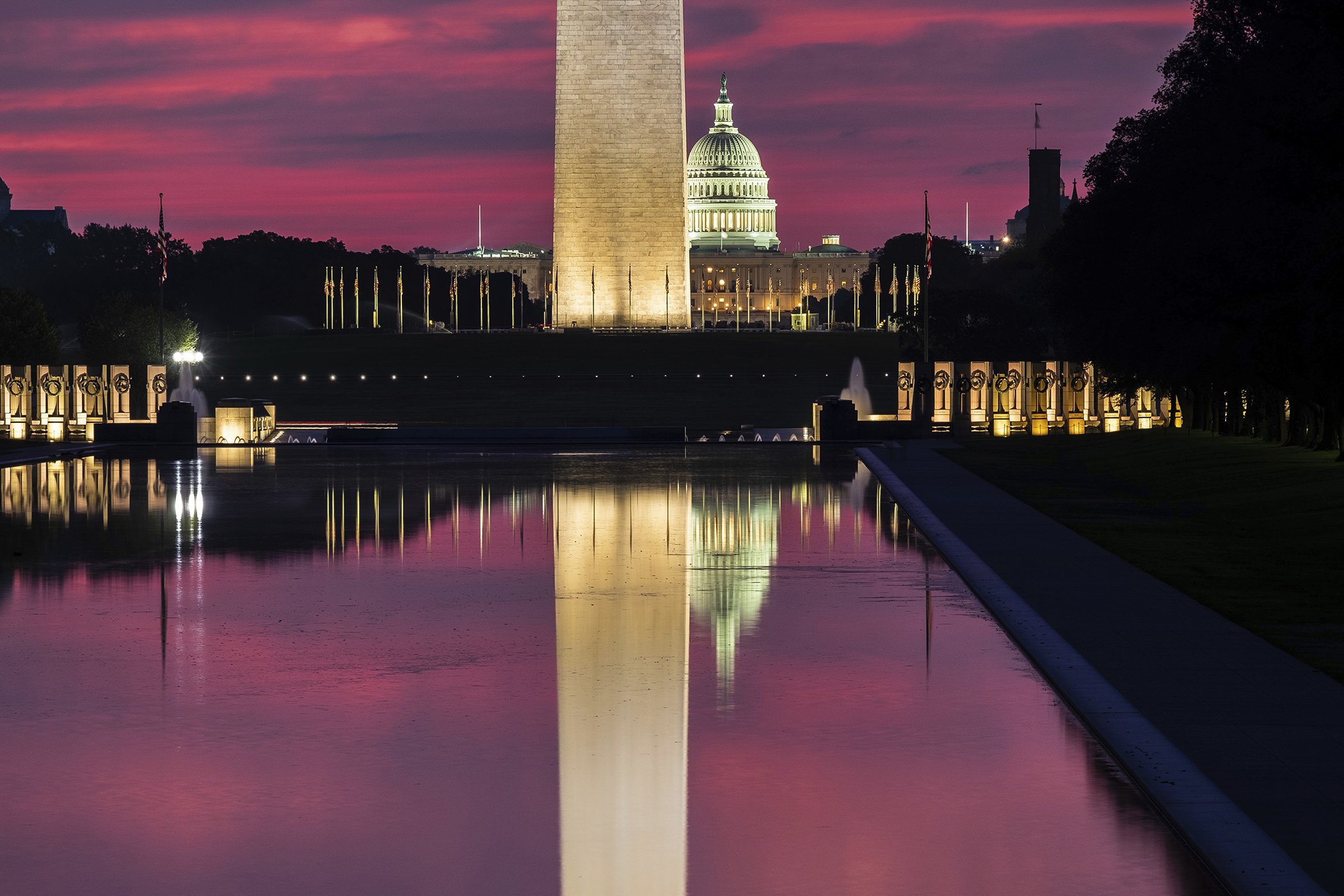 1. Washington Daily Life: The US Capitol and the base of the Washington Monument are mirrored in the reflecting pool on the National Mall at sunrise in Washington, DC, on Aug. 25. This weekend, Americans will celebrate Labor Day, the unofficial end of summer in the US. This summer, people in the US experienced scorching heat waves, and record breaking fires in the west, reminding us just how much the effects of climate change are felt already.

3. John McCain Memorial Service: Former US Vice President Joe Biden speaks during a memorial service to celebrate the life of of US Sen. John McCain at the North Phoenix Baptist Church on Aug. 30 in Phoenix, Arizona. Thousands were expected for the memorial, which included tributes and readings for the late senator, who died Aug. 25 at the age of 81 after a long battle with glioblastoma, a form of brain cancer.

4. Aretha Franklin Funeral: A woman poses for a photo at the Aretha Franklin tribute service at the New Bethel Baptist Church on Aug. 27, 2018, in Detroit, Michigan. Aretha got her start singing at this church, where her father, C.L. Franklin, was the pastor for over 30 years. The “Queen of Soul” didn’t just influence generations of musical artists — she was also an ardent supporter of civil and women’s rights throughout her life.

5. Somalia: A Somali boy handles a ball at the Mogadishu stadium after African Union Mission to Somalia (AMISOM) left the stadium in Mogadishu, Somalia, on Aug. 28. The Mogadishu stadium has been occupied as a base for AMISOM since 2011 and returned as a public ground as it used to be. 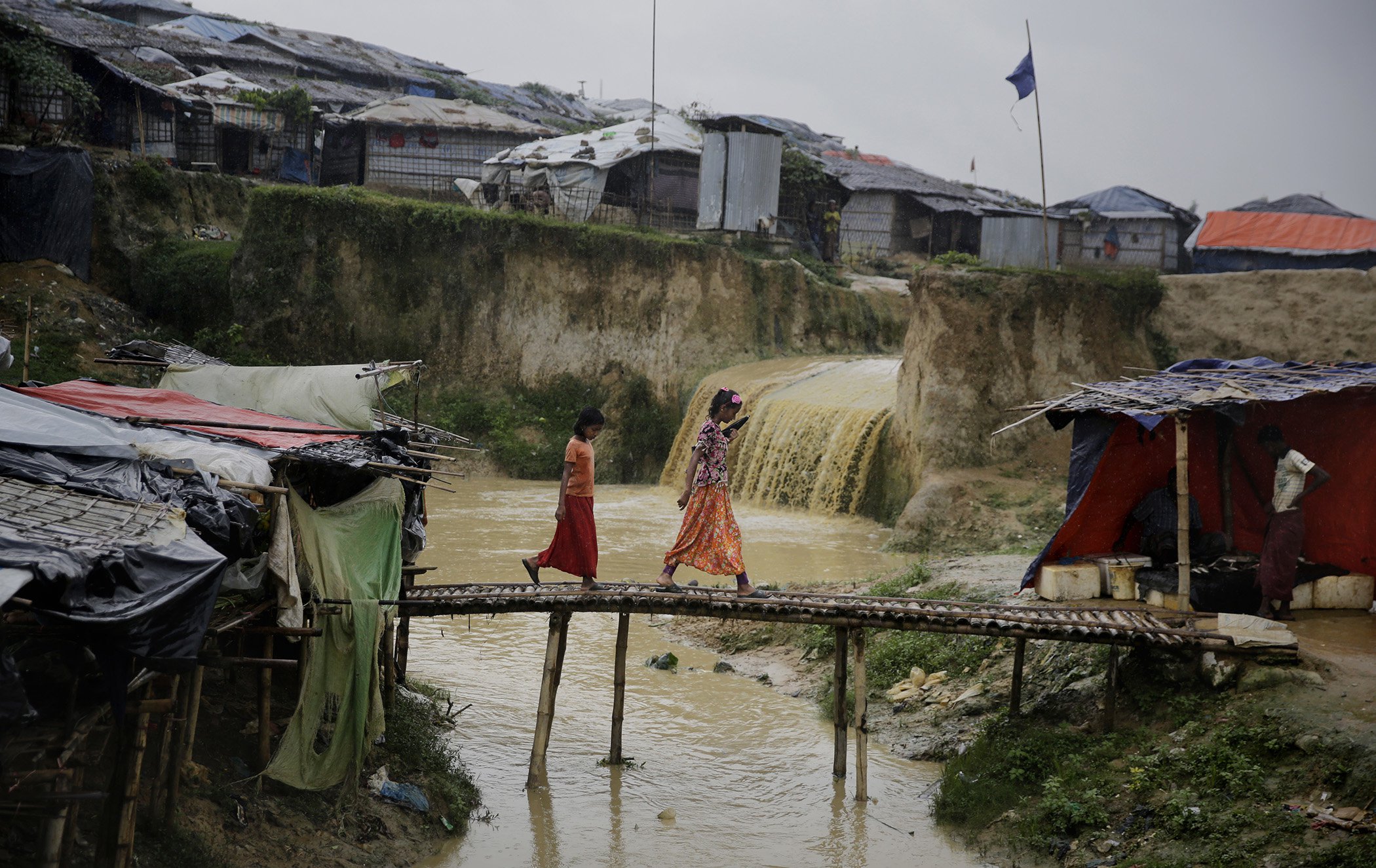 6. Rohingya Refugees: Rohingya refugee girls cross a makeshift bamboo bridge at Kutupalong refugee camp in Bangladesh, where they have been living amid uncertainty over their future after they fled Myanmar to escape violence a year ago, on Aug. 28. It’s been a year since a mass exodus of Rohingya people from Myanmar began, with hundreds of thousands of people fleeing what the United Nations described as a “textbook example of ethnic cleansing.” Violence broke out against the Rohingya people in the northern Rakhine state, sparked by a Rohingya insurgent attack on dozens of police posts and an army base on Aug. 25. A year after the crackdown, Rohingya refugee children who lack proper education in camps in Bangladesh could become a "lost generation," the United Nations said on Thursday. The lives and futures of more than 380,000 children in refugee camps in Bangladesh are in peril, while hundreds of thousands of Rohingya children still in Myanmar are cut off from aid, said a report by UNICEF. Aid agencies have managed to provide basic services, but the crisis is far from over, with refugees in overcrowded camps at risk of floods, landslides, and disease.

7. Syrian Refugees: Displaced Syrian girls stand next to a tent provided by a Turkish humanitarian organization at a camp for displaced people in the northern Idlib province on Aug. 29. UN Secretary-General Antonio Guterres warned that full-scale military operations in Syria's Idlib province could lead to a "humanitarian catastrophe," and cautioned against the use of chemical weapons. Guterres' warning came amid fears the Syrian government is mobilizing for a military offensive to retake Idlib, the last province still held by the country's beleaguered rebels. 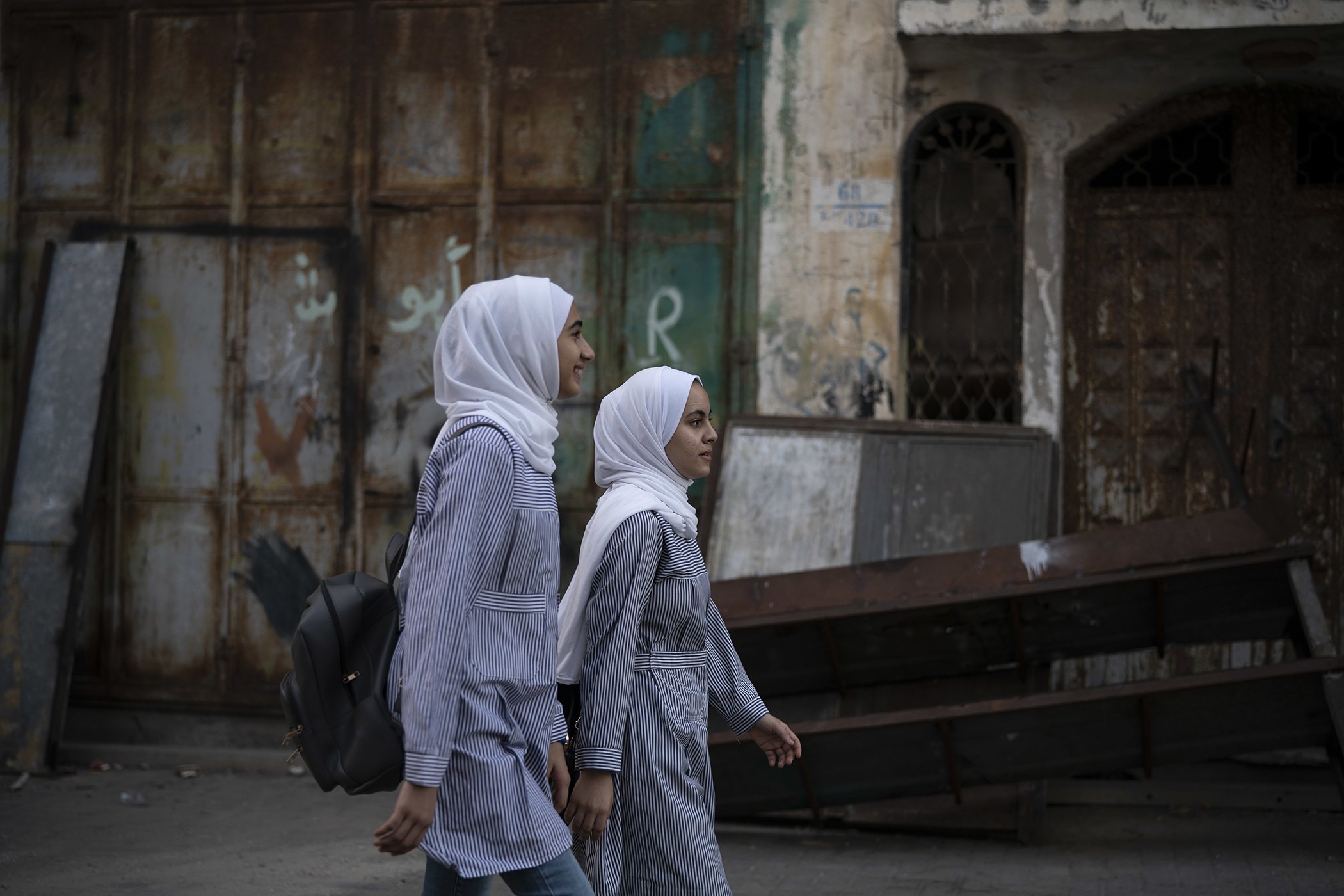 8. US Aid in Gaza: Girls walk to a United Nations Relief and Works Agency (UNRWA) school for the first day of a new school year in Gaza City, Aug. 29. Hundreds of thousands of Palestinian children are starting their school year in the Gaza Strip amid a major budget crunch for the United Nations agency that funds many schools. The Trump administration announced last week that it will permanently cut more than $200 million in aid for the West Bank and Gaza.

9. Education Protest in Argentina: A demonstrator holds a placard reading 'Education is Not Negotiable' during a march for teachers' salary increase and against budget cuts in Argentine public universities, in Buenos Aires, during a strike on Aug. 30.

Topicsclimate changeweek in picturesRohingya RefugeesPhotographyrefugeesSyrian RefugeesWeek in PhotosJohn McCainAretha Franklin
Rohingya refugee girls cross a makeshift bamboo bridge at Kutupalong refugee camp, where they have been living amid uncertainty over their future after they fled Myanmar to escape violence a year ago, in Bangladesh, Tuesday, Aug. 28, 2018.
Altaf Qadri/AP