Fishermen prepare food in a fishing boat on the river Brahmaputra in Gauhati, India on April 9, 2018.
Anupam Nath/AP
Citizenship

11 Pictures of What Happened Around the World This Week

Protests in India, caravans in Mexico, penguins in Pittsburg, and more.

It was a week of highs and lows, celebrations and protests. This past week saw South Africans celebrate the life of the late Winnie Mandela, while in India protesters lamented the rape and murder of an eight-year-old girl.

Elsewhere around the world, migrants continued to seek greener pastures — piling into "caravans" in Central America and boats in Uganda.

Global Citizen is bringing you these pictures, and more, this week. 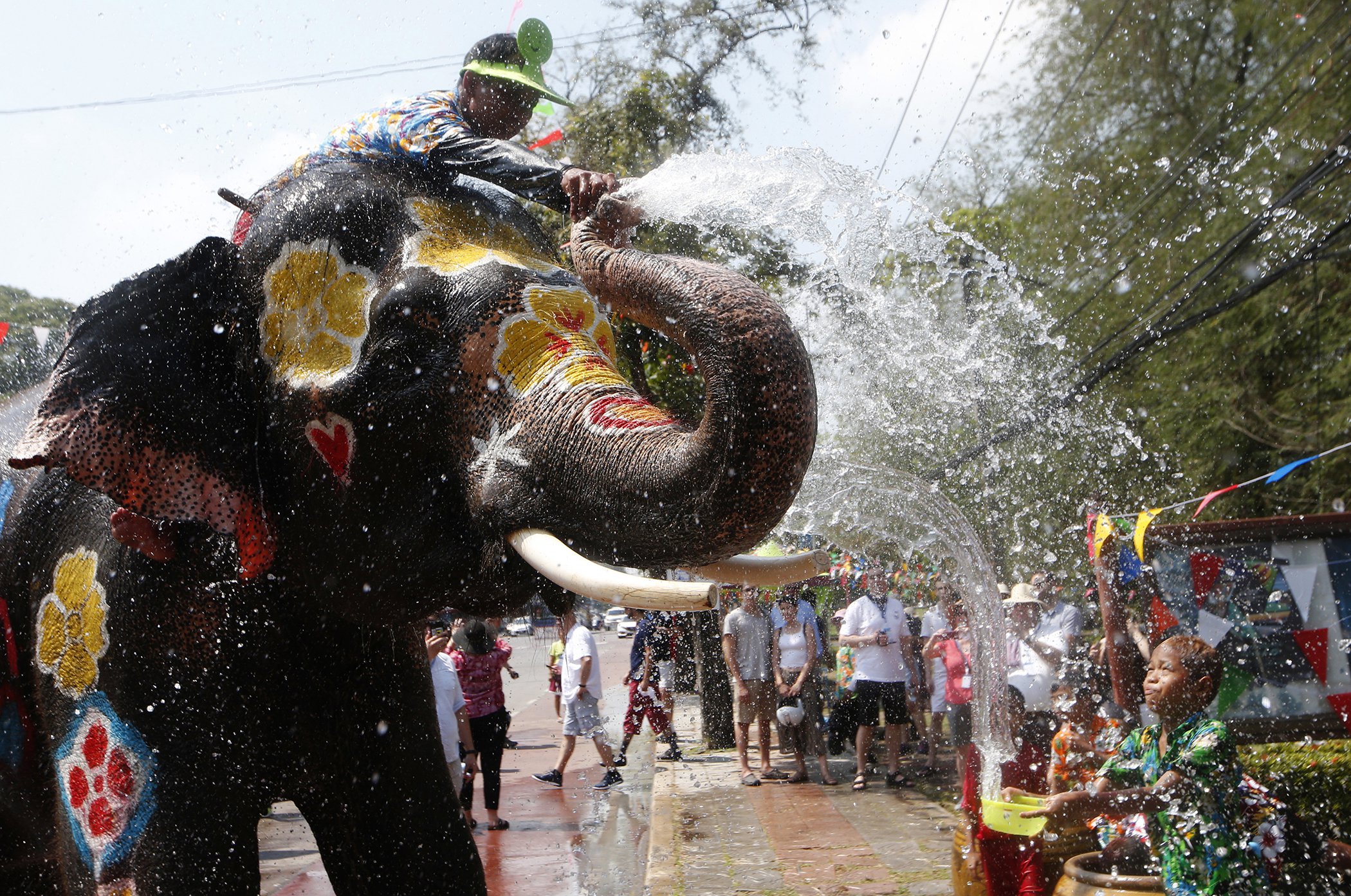 1) Thai New Year: With an assist from its mahout, an elephant blows water from its trunk at a boy at a Thai New Year celebration in Ayutthaya province, central Thailand, April 11. The three-day festival started on Friday. 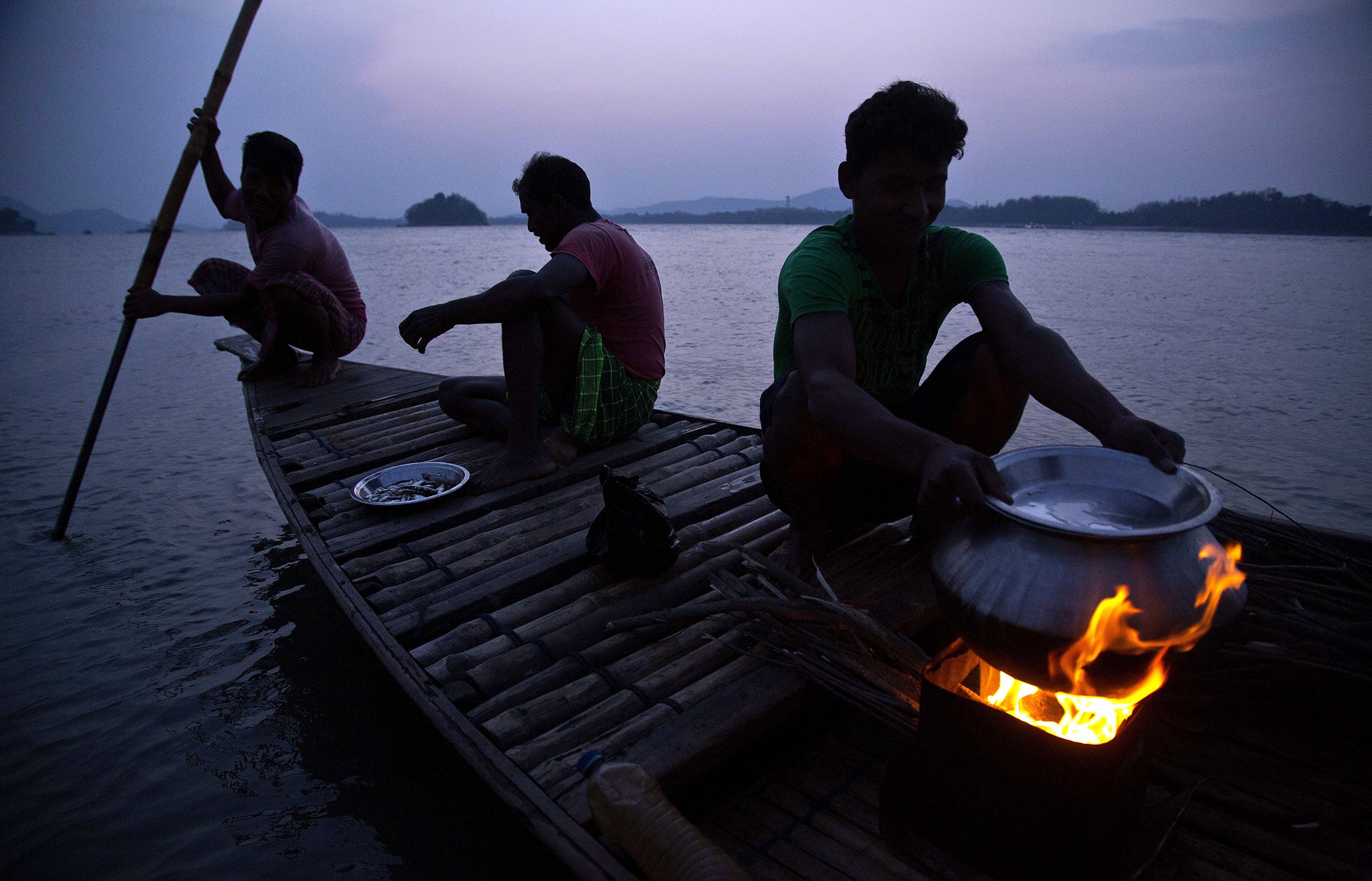 2) India Daily Life: Fishermen prepare food in a fishing boat on the river Brahmaputra in Gauhati, India, April 9. Brahmaputra is one of Asia's largest rivers, which passes through China's Tibet region, India and Bangladesh before converging into the Bay of Bengal.

4) Protests in India: Indian demonstrators gather at the India Gate monument for a candlelight vigil in protest over the gang rape and murder of an 8-year-old girl, in New Delhi on April 14. The brutal gang rape and murder of an eight-year-old girl in India has triggered nationwide outrage, inflamed communal tensions and shone a fresh critical light on the prevalence of sexual crimes.

5) Border Crossing in Egypt: People wait to travel into Egypt, after the Rafah border crossing was opened for three days for humanitarian cases, in the southern Gaza Strip April 12. 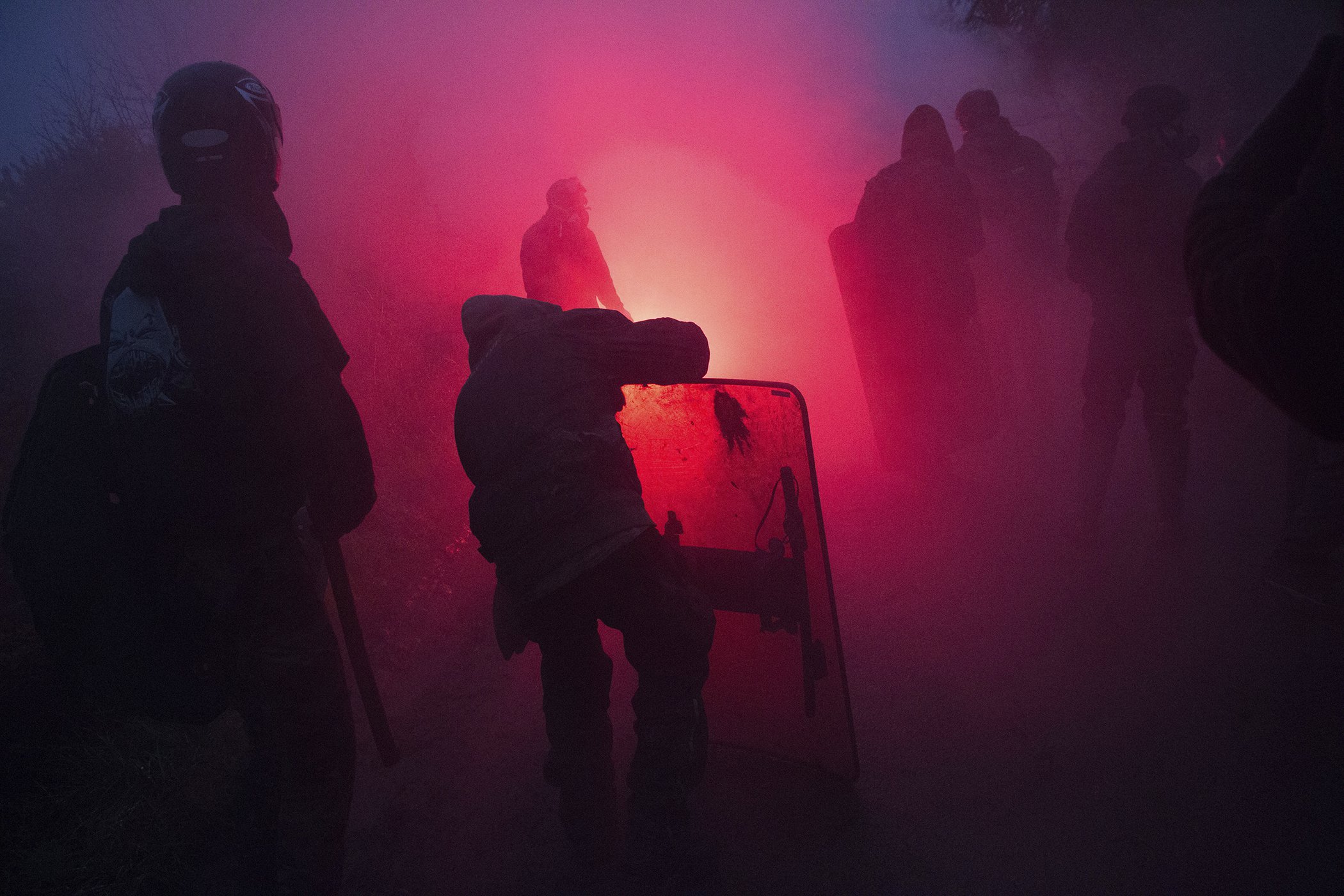 6) Environmental Protests in France: Environmental activists are silhouetted against a burning flare during clashes with police officers in Notre-Dame-des-Landes, outside the city of Nantes, western France, April 9. Some 2,500 French police tore down flaming barricades and fired tear gas at tenacious squatters Monday as they evacuated a protest camp erected nearly a decade ago to block construction of an airport. In 1970, the fields were chosen for a new airport, but in 2009 protesters set up a camp on the land protesting the plans for environmental reasons, citing the threat to wildlife and noise pollution the airport would cause. In January, the plan of the airport was tabled, but the protesters did not want to leave their camp.

7) Central American Immigration: Yurneli Lizbeth Castarero (L), 28, and her daughter Sofia, 7, who travel in the 'Migrant Viacrucis' caravan, pose for a photograph at the Casa del Peregrino shelter near the Guadalupe Basilica in Mexico City on April 11. The caravan, which prompted fury from US President Donald Trump, assembled on the border with Guatemala on March 25, but started breaking up in southern Mexico after organizers said it had abandoned its goal of reaching the US border and would end its activities with the rally in Mexico City.

8) Congolese Refugees In Uganda: Refugees from Tchomia in the Democratic Republic of Congo arrive on boat at the Nsonga landing site on April 9 in Nsonga, Uganda. The perilous journey across Lake Albert from DRC to Uganda can take up to two days and has seen a number of Congolese die during the crossing. According to the UNHCR almost 70,000 people have arrived in Uganda from the Democratic Republic of Congo since the beginning of 2018 as they escape violence in the Ituri province. 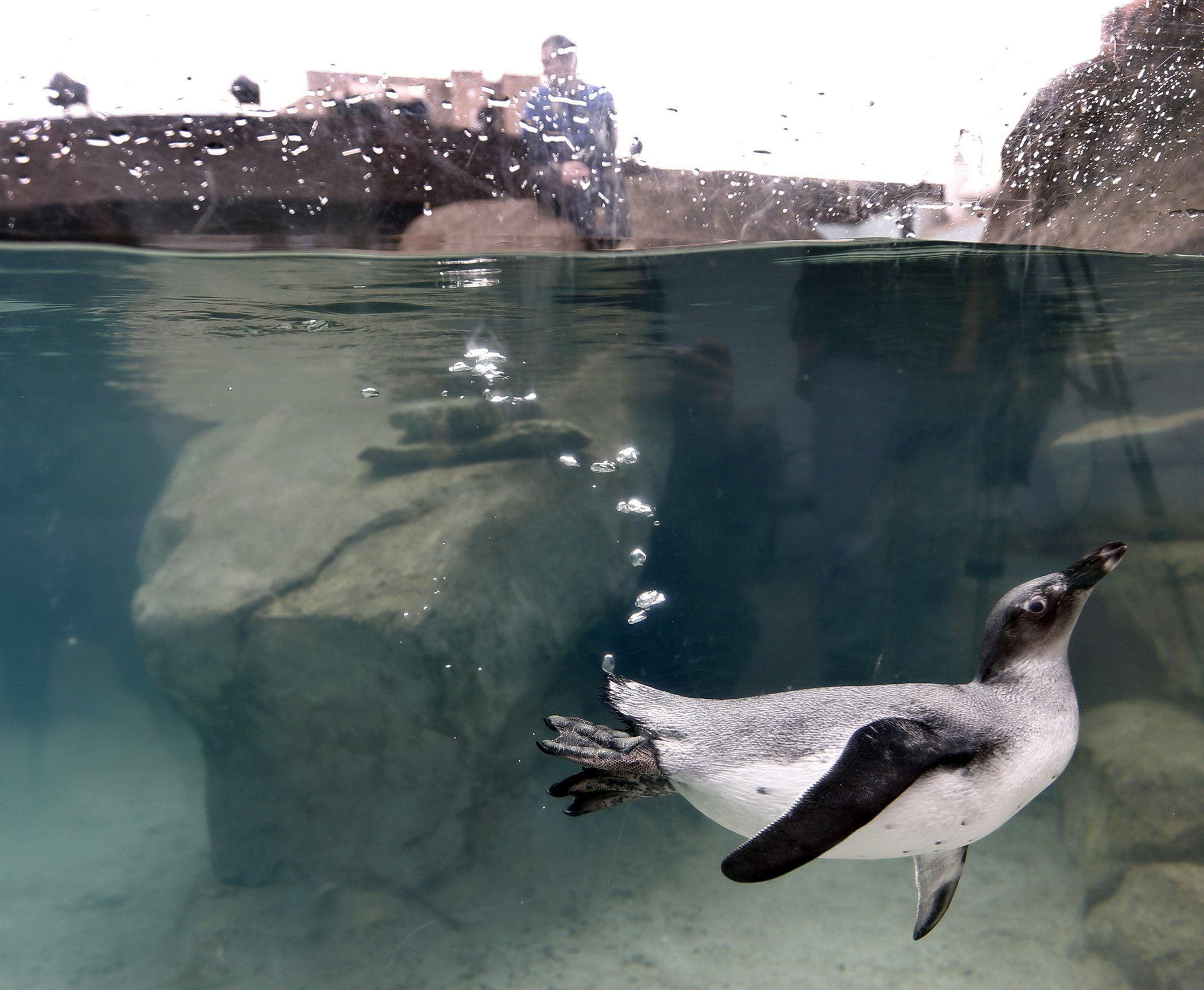 9) Penguin Swimming Lessons: Senior Aviculturist Chris Gausat, top, watches as two juvenile African Penguins splash and swim in the penguin habitat at the National Aviary in Pittsburgh, April 12. The birds that hatched at the aviary in December of 2017, were just introduced to the water and exhibit under observation to assure they acclimate well to the surroundings. African Penguins are an endangered species, with less than 25,000 pairs remaining the wild. The National Aviary's penguins are part of a breeding program to ensure the population of African Penguins.

10) Spring in Turkey: A sheep herd is seen at the highlands after weather heats up during spring season in Turkey's southeastern Van province on April 12.

TopicsIndiaweek in picturesProtestsThailandPhotos
Fishermen prepare food in a fishing boat on the river Brahmaputra in Gauhati, India on April 9, 2018.
Anupam Nath/AP