Waris Dirie was born in Somalia in 1965, was subjected to female genital mutilation (FGM) at age five, and fled the country at 13 to escape an arranged marriage. FGM is the non-medical practice that intentionally removes female genital organs, often with serious consequences for health, like issues with sex, urination, menstruation, pregnancy, and more.

After working in a McDonald’s in London, Dirie went on become an international supermodel in New York, Paris, and Milan. She worked as an actress, including appearing in a James Bond movie, and then wrote a bestselling novel about her life. She now uses her platform to speak about her personal experience and fight FGM around the world, founding the Desert Flower Foundation in 2002. Dirie writes here for Global Citizen about what she’s learned, her enduring motivation, and the mission to end FGM.

In my life I had to master many difficult tasks. But no matter what it was, it all depended on my will.

And it is precisely this will that has made me what I am today.

Very often I am asked if I feel hatred towards my mother for doing this terrible genital cutting in my childhood. Because she has taken away my right to the integrity of my body. Because she did this cruel pain to me. Of course, I will never forget this trauma, but my answer is always the same: No! I never felt hatred, even though my mother held on to me when it happened.

It was anger. I was angry with her. I simply could not understand the reasons and arguments that such a terrible torture would be done to a little girl. Later I forgave my mother. She herself had to endure all this and was convinced that I, too, had to endure all this in order to become a woman. It was all a question of enlightenment and education.

But already I had this strong feeling in me that FGM is something very wrong — and I swore to myself that one day I would fight against this bad practice. I just didn't know how yet.

Looking back, I have to say that I had a beautiful childhood in a beautiful place in the desert. I grew up in nature with animals, surrounded by water — just as many children like to imagine in their fantasies. I learned to appreciate the simple but important things.

Apart from the circumcision — and the attempted forced marriage by my father, selling me to a man who could have been my grandfather for five camels — I would not want to change my childhood. I was lucky to get to know, and still get to know, the best of two worlds that couldn't be more different: life in the desert, where you never know what the next day will bring and you are in a constant struggle for survival with yourself and your environment, and the glitter and glamour life as a supermodel in New York or London.

I love both worlds. Even though life is different now, I'll never forget where I've come from. I'll always feel like a nomad. 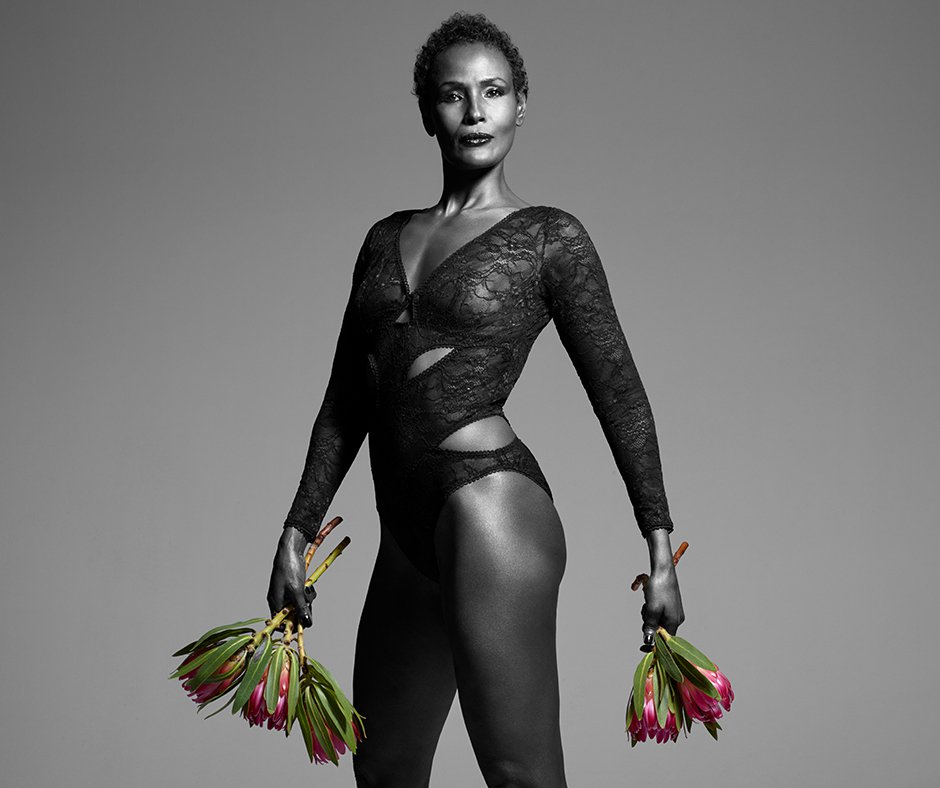 I grew up in a community where you could not talk about sex. It not only took me years to process my FGM trauma, but also a very long time to find a positive way to handle my own sexuality.

As a girl, you have no rights in Africa. You can be beaten up, raped, and sold. First, you are the possession of your family, then later, you belong to your husband or his family.

But FGM is probably the most terrible crime on a girl. Years later, I decided to use my fame and reputation as a supermodel to fight FGM. I had found my calling. I suddenly knew that it was my mission. Even though the beginnings were difficult, with many looking at me in surprise and saying, "What is she talking about?"

FGM is a serious violation of human rights – but what exactly is it?

FGM exists only for one reason: because there is still inequality between men and women.

It is a matter of exercising control over us women. It is about power and oppression. FGM is cruel, has no medical background, and its only purpose is to subjugate the woman and her sexuality to the man.

Welcome to the 21st century. How crazy is that? With my Desert Flower Foundation, I deliberately focus on education for girls and financial independence for women. These are the right tools to get FGM out of the world once and for all.

That’s why we are deliberately building our first Desert Flower school in Sierra Leone, where 94% of all girls are still circumcised.

A strong independent woman won't be subject to the pressure of a group so quickly.

It is no coincidence that the poorest countries in Africa have not only the highest illiteracy rate, but also the highest FGM rate. Fortunately, there is also a change in thinking in Africa.

On my travels I meet many mothers and fathers who renounce the cruel practice of FGM. This is also proven by a long-term study by the British Medical Journal, according to which 71% of all girls in East Africa were circumcised in 1995. But in 2017, the rate of circumcision among girls under the age of 14 dropped to 8%. In West Africa, the rate fell in the last 20 years from 73% to 25%, and in North Africa from 57% to 14%.

Coincidence? A hint of fate? Just one day after we launched our new "EndFGM" signature campaign, for the first time in British history a London court sentenced a 37-year-old mother to 11 years imprisonment for circumcising her then 3-year-old daughter. For Waris Dirie it is a good sentence: "It is a warning to all who believe that in Europe you can mutilate little girls genital with impunity". Support our new campaign in collaboration with #cocodemeruk and #Rankin on www.desertflowerfoundation.org/10miosignatures #warisdirie #endFGM #10miosignatures

But the horror of FGM is still there.

The frightening thing is it’s even among us in Europe, where rates are unfortunately rising rapidly. Great Britain and France have the highest figures. FGM is also widespread in the US, Canada, and Australia.

This clearly has to do with immigration. Immigrants do not abandon their customs and traditions simply because they come to another country. That is why it is so important to continue taking measures, to shake the population up with new campaigns.

Politicians, especially in Europe, must take the problem much more seriously. And I demand regular health checks from the authorities for all girls threatened by FGM. It is important that health authorities report when FGM is detected in girls or women.

Education obligation for all immigrant women, obligatory educational work by asylum and social counsellors, as well as strict laws and harsh judgments against all those who take their daughters out of the country for a genital circumcision, too.

My motivation has remained the same after all these years.

The only way to stop this heinous crime and the nightmare is through education and awareness. The world forgets far too easily that 200 million women all over the world have been victims of FGM and that about 3.5 million girls are still circumcised against their will every year.

FGM is practised not only by Muslims, but also by Christians and other religious communities. My goal is to eradicate female genital mutilation worldwide during my lifetime. I will never move away from that. Never.

This piece has been lightly edited for clarity.

In collaboration with Coco de Mer and Rankin, Dirie is aiming to collect 10 million petition signatures by the end of 2019 to raise the profile of the issue of FGM around the world. You can sign her petition here.

In Her Own Words: Model, Author and Activist Waris Dirie