Walking the path for change in Costa Rica’s cloud forest

"I wanted something that wouldn’t just show me nature."

Go to Costa Rica they said. The Cloud Forests are beautiful they said.

So, as the weather turned cold in October, I booked flights to Costa Rica over New Year’s, and went looking for interesting things to do in and around Monteverde, the famed tourist haunt and “green mountain” of the cloud forests.

As an avowed global citizen, I wanted something that wouldn’t just show me nature, but would connect me with the people who live their lives in these mountains. This is the story of the enterprising tour guides, farmers and locals that I met, and their plan for a sustainable future. 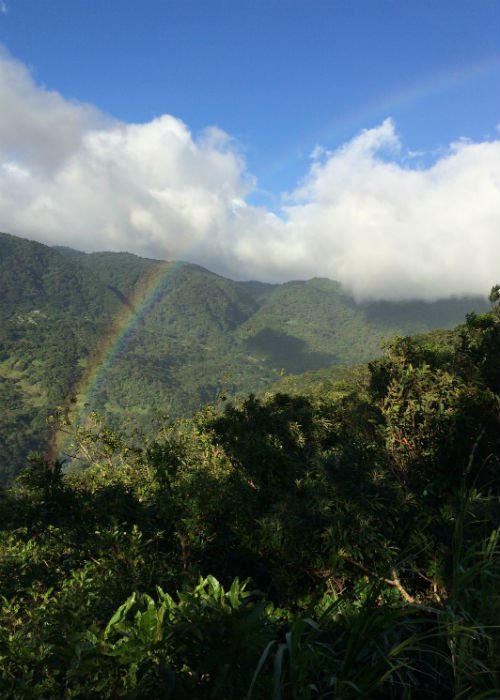 Marcos, 38 met me and my wife with a broad smile and a disapproving nod at the suitcase that I was wheeling towards him. Desperate not to come across as a hopeless tourist, I quickly explained that the bag wasn’t mine - it was my wife’s - and that it had all the stuff we didn’t need to carry with us on the hiking trail.

As we dropped the suitcase at his house, Marcos told me his story. The story of how as a local boy from the nearby cattle farming town of Guacimal, he came to see tour guiding in Monteverde as his ticket to opportunity and financial security. And we learned how Susu, a young American from Rochester, NY, came to visit her parents who’d retired to Monteverde, and decided that she quite liked it here, and quite liked Marcos. The two have been together ever since.

Their personal story mirrored the bigger story of development in the region, an area historically used for subsistence farming. In the 1950s a group of Quaker families from the US, fleeing the risk of conscription into the Korean War, bought a few thousand acres on the side of the big green mountain - a mountain they came to call Monte Verde.

The Americans fell in love with the place, fell in with the locals, and set about experimenting with ways of making money. For example, John Campbell and family, started a cheese factory with local milk. Within a few years, business was booming, and they needed more cows.

So enterprising locals started clearing land near the town, creating pastures and cattle farms that we walked through with Marcos as we snaked towards the village of San Luis. Local farmers cleared more and more land for more and more cows during the 1960s, lifting families out of subsistence poverty and if not into prosperity, then into more financially secure and sustainable future.

But by the 1970s, it became clear that farming like this wasn’t environmentally sustainable. Although the cloud forest that had been cleared was lush and green, the soil underneath was low in nutrients, and the number of cows quickly led to overgrazing and erosion.

As we dropped off the ridge and towards San Luis, we asked Marcos how that affected families and communities like his, and what action was taken. He pointed a little further down the hill to a small coffee plantation, and told us about Victor, his friend who owned the land and turned it in recent decades from grazing to growing.

Stepping into Victor’s bean roasting shed, I’m hit with a glorious sweet wave of coffee aroma. Used to this reaction from visitors, he waits patiently for us to stop sniffing and sighing, before explaining his process, his market, and how coffee now matches cows as the area’s most important agricultural product. 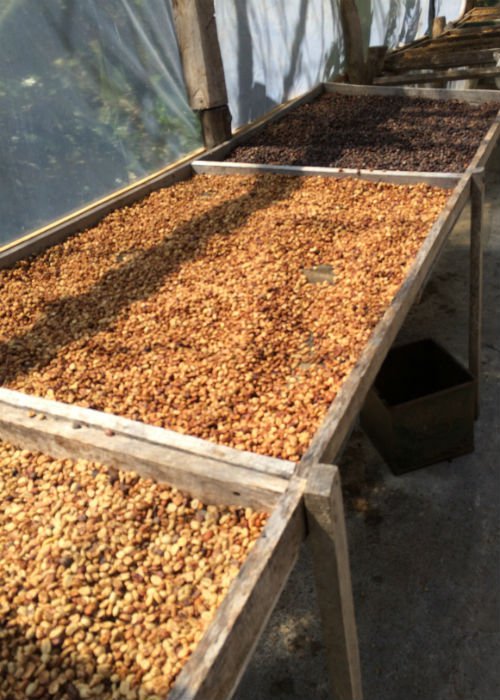 And, thanks to some leading questions from Marcos, he shares his hopes for the future. He outlines his vision of making San Luis a hub for eco- and sustainable tourism, augmenting the incomes of farmers like himself with money from tours, homestays and direct sales.

Although San Luis is just 10km from tourist-heavy Monteverde, it’s well off the main road and nestled just below the famed cloud forests. In a story that matches Marcos’ own life, the options for locals are limited: work in tourism in Monteverde, take on the long hours and hard work of farming, or leave for the big cities.

Victor is confident, and as one of the driving forces behind San Luis’ development association he’s got reason to be. Something of a cross between a local chamber of commerce and a Rotary Club, the association has been used to lobby the government to get the road to Monteverde (almost all) paved, halving travel time. The organization coordinated joint outreach for tourists more than doubling their numbers; and it has secured a grant to build a community center that was to be our next stop.

Inside the community centre, a map of the region was pinned to a board, and on the map, a dotted red line titled “Sendero Pacifico” made its way from the continental divide to the ocean. Looking closer, I could see Monteverde and San Luis near the top, Guacimal in the middle, and the Gulf of Nicoya at the bottom. Shaded around them was an area marked Bellbird Biological Corridor.

Marcos told me that the energy and drive for the Sendero Pacifico came from  a man named Nat, an American who’d spent most of the last 20 years in the area. He also just happened to be in the kitchen making our lunch. With Nat we met Hugo, a quiet, determined local who I later found out was secretary of the San Luis development association, and whose family had lived in the hills for generations.

Over lunch, Nat and Hugo talked us through the slowly emerging Bellbird Biological Corridor. With farming having cleared much of the area, there was now just a patchwork of rainforest between the continental divide and the coast. A mix of protected parkland, disused farmland with regrowth, and managed private property, these fragments of forest were enough - just - for the biological diversity of the region to be maintained. Nat’s vision was to reduce the vulnerability of the area and strengthen this biodiversity. He was working with local landowners to link up the tracts of forest inside this corridor. But to do it, he explained, you needed to find ways of making it financially viable for farmers.

At this, Marcos jumped in, outlining where the farmers could make money, and the extra income they’d need to secure if this was all to work. Part of the answer, Marcos expanded, was the Sendero Pacifico. A multi-day hiking trail that could bring tourists from Monteverde all the way down to the coast, and one day, maybe even coast to coast. That day we’d walked the first part of it - from Monteverde to San Luis - and later, we’d walk the rest of what had already been developed, all the way down to Guacimal. 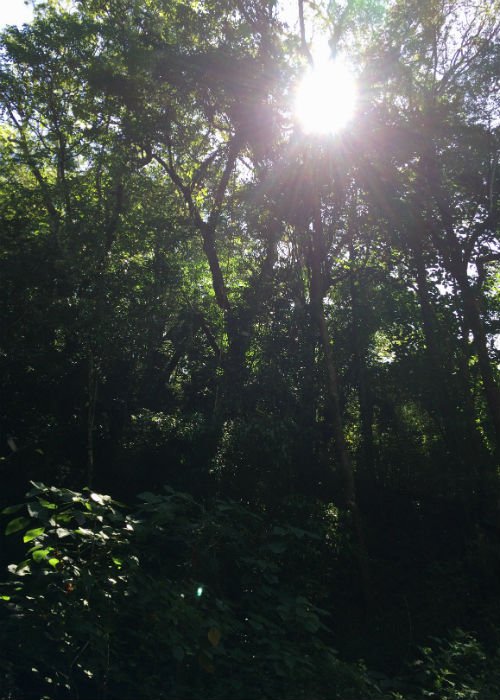 The land we were walking across, I discovered, wasn’t just a mix of rainforest, farmland and forest - it was public, private, and all part of a broader plan to protect the region’s biodiversity and help locals earn more money.

As we hiked back up into the rainforest that afternoon with Marcos and Hugo - spotting Leafcutter Ants, Howler Monkeys, Puma tracks, and dozens of butterflies, birds and insects - Marcos told us how pieces of rainforest had been preserved.

Tourists, bird-watchers and biologists, excited by the nature they’d seen in Monteverde, had started in the 1980s to band together with local conservationists to buy up abandoned farmland, and nurse it back to health over several decades.

One such place was the Children’s Eternal Rainforest that we were walking through at that very moment. Marcos is an advisor to the group, and he noted that although lots of people value the rainforest and what’s in it, it’s not easy to make the economics work as even small parcels of land cost tens of thousands of dollars.

That night, as we ate together in a power-less hiking hut overlooking the valley below. Marcos explained that all of this was deeply personal to him. Growing up in Guacimal, he’d seen the shifts brought about by dairy farming, coffee farming and tourism in nearby Monteverde. He’d benefitted hugely from tourism, but knew that many of the gains were bypassing his old friends who’d taken on their family farms. And, as someone passionate about nature, he saw initiatives like Sendero Pacifico and Bellbird Biological Corridor as the only plan to align the interests of people and planet.

After clambering across creeks and windy outcrops the next morning, we got a glimpse of what this meant over lunch. We’d stopped at a local farmhouse, owned by friends of Marco’s’ parents who worked a few acres as a subsistence farm. Margarita and Checho welcomed us into their home, fussing over us liked spoiled grandchildren, and filling us with traditional Costa Rican food to suit.

At the end of the meal - having used our terrible Spanish and a lot of hand gestures to indicate we couldn’t possibly eat any more - we were taken out to the farm, where we shown all the crops that we’d just eaten. Carrots, beets, peas, cassava, cilantro, and parsnips spread across maybe an acre of land, with bananas just behind them. 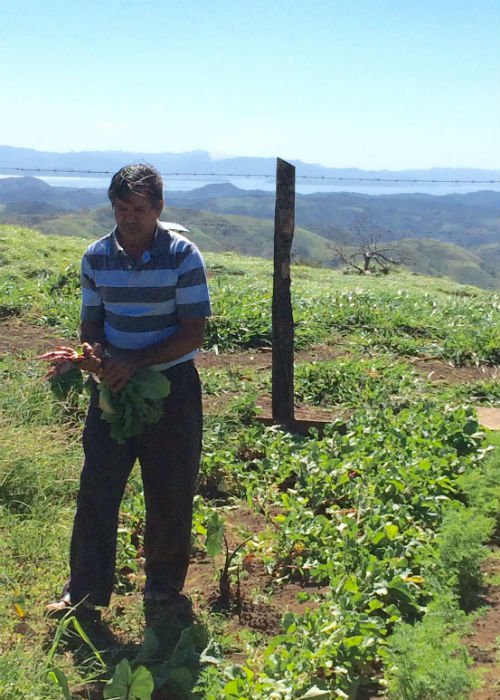 These farmers were hardy, they were self-reliant, but from time to time they were caught short. They wanted to conserve their land, but they also needed to make it financially viable, and something as simple as the four of us coming by for lunch (that we paid for) contributed to that.

For us as tourists, it was a memorable home-made meal. For them it was a chance to share the culture they are rightfully proud of and earn useful cash. And for Marcos it was one step closer to making his community’s vision a reality.

After lunch, as we neared the river and our ending point in Guacimal, I asked Marcos how confident he felt about the future. He said he was patient. Right now, there were only around 60 people a year completing the hike that we were doing. If that could be doubled or tripled in the next few years, that would provide each enough proof to keep people involved, and start bringing to life the idea that tourism wasn’t just something that had to be confined to Monteverde’s town centre.

It will only take a hundred extra people a year - out of 200,000 who visit Monteverde - to do a two day hike instead of 2-hour tour to drive this change. And, with the experience that we had, not just with nature, but with all of the people we met, I have no doubt that there’s a market for the interesting, exciting and invigorating experience. 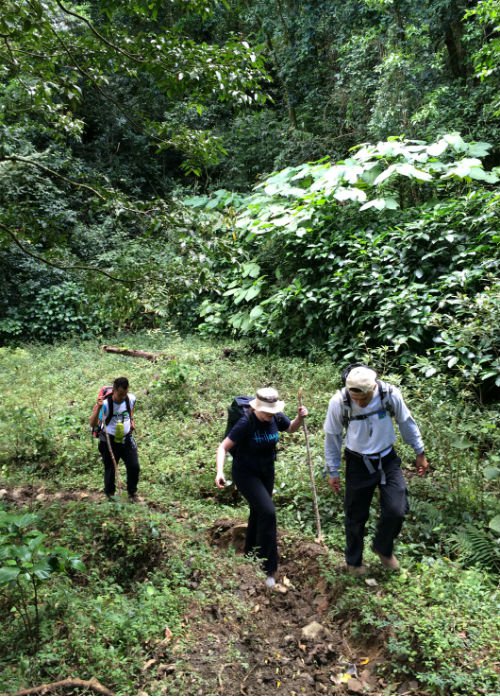 The hike was a reminder that the things I spend my days doing - talking about development, fighting poverty and protecting the environment - aren’t esoteric intellectual pursuits. They’re real, practical questions that are being tackled right now by people like Marcos, Victor, Hugo and Margarita. They’re driven by solutions that bring together ideas of non-profit parks with sustainable businesses and supportive governments. And they’re reliant on us all thinking and behaving like global citizens. 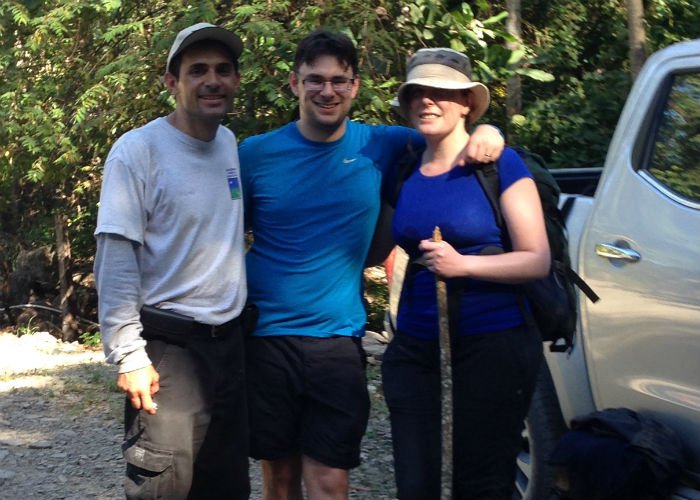