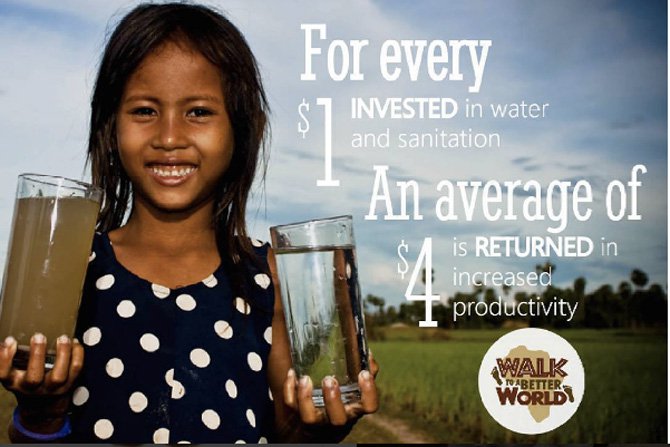 Image: Walk To A Better World

Coming from the ‘lucky country’, sometimes it’s easier to walk away from the harsh realities of extreme poverty; it can seem too overwhelming and perhaps too far away. But Australian poverty ambassador Matt Napier is doing just the opposite.

Matt’s commitment to ensuring an end to extreme poverty will see him walk 2,250 kilometres coast-to-coast across southern Africa, to inspire his fellow global citizens to support sustainable development programs around the world.

As part of the Walk to a Better World campaign, Matt is walking through four African countries, kicking a soccer ball the whole way as a means of connecting with people from all walks of life.

The three month journey started on 4 June from Walvis Bay in Namibia. From there, Matt will walk through the Kalahari Desert in Botswana, across the top of South Africa and finish in Maputo, the capital of Mozambique, on 20 August.

“I’m hoping to help all Australians better understand the role they can play in ending world poverty in the next generation, and the importance of supporting sustainable development that works hand-in-hand with local communities,” says Matt.

“I have a film crew following me the whole way to provide an insight into the personal challenges I face but also the communities and individuals that I meet along the way and some of the sustainable development initiatives through which they are empowering themselves to create better futures.”

Having previously cycled and walked across Australia for the same cause in 2012 and 2013 respectively, Matt is no stranger to long distance walking, but this is his greatest challenge by far: this time he’s sustaining himself on just US$1.50 per day as a way of experiencing and sharing some of the difficulty of living below the poverty line.

Matt is calling on all Australians to support sustainable development projects such as those facilitated by his four Charity Partners – Oxfam Australia, The Fred Hollows Foundation, CARE Australia and Caritas Australia – and has launched an online pledge to encourage others to donate 1% of their income towards these. Supporters can also donate directly to one of four specific projects that Matt aims to fund with each charity by the end of his walk.

Get to know Matt in this great introductory video, and follow his epic journey on Global Citizen. You can also keep up to date with Matt’s every step by following the Walk to a Better World team on Facebook, Twitter (@WalkTBW) or Instagram (walktbw).

For further information on the campaign, visit www.walktoabetterworld.com.