After the murder of backpackers in Ecuador, a campaign is defends the right of women to travel. 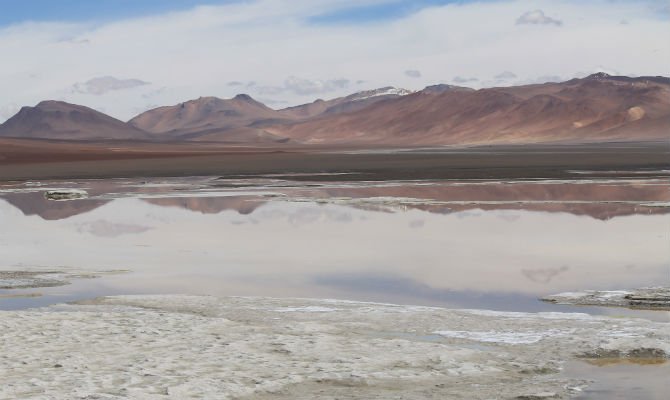 Since the murder of two young women backpacking in Ecuador, a campaign, has sprung up online defending solo travel by females. The campaign, #Viajosola, is Spanish for I travel alone and was started by two women.

I'm a woman and I travel solo because I learn the most about myself when I do. The world is ours too! #ViajoSolapic.twitter.com/o9zMhMb731

Every year, thousands of women travel the world alone. Travelling can be a crucial step towards understanding the truly global nature of humanity. However, in many countries, women are not even allowed out of their homes without a male family member to escort them, let alone to travel in foreign countries. What may seem normal for some, is considered dangerous and blasphemous by others.

There is no denial that certain risks associated with being a woman travelling alone, in foreign country exist. However, what this viral campaign addresses is the fact that in the wake of the tragedy, many pointed fingers at the girls for travelling unaccompanied by a man and even questioned their parents for letting them travel independently. Instead of addressing the perpetrators of the murder, people attacked the victims and the notion that a woman should be allowed to travel on her own.

Maria Coni and Marina Menegazzo, 22 and 21, were found dead in Ecuador's pacific coast region in February and two men were later charged with their murder, the Ecuadorian Government said.

While traveling, the girls ran out of money and a friend connected them with two men they could stay with.The two men sexually assaulted the girls and murdered them before dumping their bodies, according to authorities.

Argentine psychiatrist Hugo Marietan stirred up early controversy when he said the girls "took a risk." He tweeted, “There are parts of the world that are not ready for full freedom of the woman...Women, you are also responsible for your preservation. Do [you] serve your feminist theories in that final moment?”

In response to the influx of victim blaming on social media, one woman from Paraguay wrote a Facebook post, from the perspective of the deceased girls, that went viral.

I travel alone. Because I can. Because I want. And you can't keep me at home. #viajosolapic.twitter.com/19PZwo5RDu

"Worse than death was the humiliation that followed," Guadalupe Acosta wrote.

"[People] started asking useless questions, 'What clothes did you have on?', 'You got into a dangerous neighbour, what do you expect?' Doing what I wanted to, not wanting to stay at home, to invest my own money in my dreams. For that and more, I was sentenced."

Ms Acosta’s post condemned the public scrutiny and attack leveled at the the victims, when she believed the public had not done the same to the two men who murdered the women.

One Twitter user wrote, “I always travel alone, nothing's wrong with that. It's NOT an invitation for robbing, raping or killing. Not among sane humans. #Viajosola."

Her response sparked a media campaign, where women all around the world are supporting adventures abroad and urging young women to not be afraid to chase the unknown.

Backpacking solo in Colombia was one of the most rewarding experiences of my life. #Viajosola#Colombia#scubadivingpic.twitter.com/4M4YlL2WHG

Viajosola may sound like a corny saying, but this isn’t just a “man’s world.” Women deserve to have the same ability and comfort to travel as men do.

Women can be independent, with a thirst for adventure. It is their world, just as much as it belongs to men.

#Viajosola because traveling solo as a women makes u a stronger confident and responsible human being ! pic.twitter.com/8zkDvoBrco

Traveling solo is where I found my best self.Don't blame women for seeing the world, blame criminals #Viajosolapic.twitter.com/FsXfArhGYc