Vegans can climb Mt. Everest--and achieve anything else

Dispelling the myths of a vegan diet. 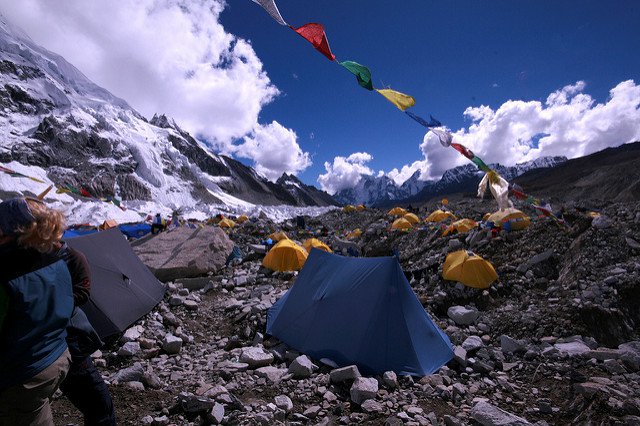 Three people tragically recently died from the effects of altitude sickness while climbing Mt. Everest. For one woman, the focus of her death has been on her choice of a vegan diet and much of the coverage and commentary dredhes up some old stigmas about the diet.

Since 1953, as climbers began ascending into “thin air” (a name that comes from the dangerously low levels of oxygen at high altitudes which can result in altitude sickness) more than 250 people have lost their lives on Mt. Everest.

The dangers of the most ambitious climb in the world are something every climber is subject to, no matter a person’s diet.

In 2014, an avalanche killed 16 people on Mt. Everest. The next year, 18 climbers at the base of the mountain were killed when a magnitude 7.8 earthquake devastated regions throughout Nepal.

The adventurers who choose to take on Mt. Everest, whether it’s a dream from childhood or a goal that gestates later in life, often live life on the edge knowing the risks that climbing has but also craving the sense of joy and accomplishment. Climbers of Everest are inspirational examples of people who literally face one of the world’s biggest (physical) challenges. However, for one of the climbers who lost her life several days ago, her death has been shadowed by prejudice.

Dr. Maria Strydom – a 34-year-old experienced climber from Australia, was one of those who died of the effects of altitude sickness during a Seven Summit Trek.

News headlines such as, “Woman Trying to Prove ‘Vegans Can Do Anything’ Dies of Altitude Sickness” surfaced in the media and highlight both insensitivity toward a brave individual and stigmas around a vegan diet.

Maria was an extremely experienced and knowledgeable climber. She summited Mt. Kilimanjaro and Mt. Denali, the highest peak in the US and previously took on Mt. Everest prior to this year.

"It seems that people have this warped idea of vegans being malnourished and weak," Dr. Strydom said in a post from Monash Business School where she lectures. "By climbing the seven summits [my husband and I] want to prove that vegans can do anything and more."

Despite misleading headlines suggesting Maria’s vegan diet had something to do with her death, it’s important to dispel any myths here on that topic.

Altitude sickness can happen to anyone engaged in extreme physical activity above 26,000 feet. A vegan diet does take more preparation, since animal protein is more densely packed. However, it’s completely possible to have a vegan diet and climb Mt. Everest. Protein from nuts, raw vegetables, and grains such as buckwheat can form a rich diet.

Kuntal Joisher, is an example of one person who can dispel any myths that it’s not possible to climb Everest on a vegan diet. He finished the climb just a few days before Maria began her ascent according to BBC.

The life accomplishments of both Maria, her husband whom she was climbing Mt. Everest with, and Kuntal should be enough to prove that vegans can be as strong as anyone and can take on any challenge the world poses.

Maria had a remarkable impact on the world in her 34 years. One more legacy will be proof that vegans are strong and capable.

Let's hope more people can remember her for not being afraid of taking on a challenge or a lifestyle choice beset by stereotypes.