More Countries Warn Their Citizens About Travel to the US 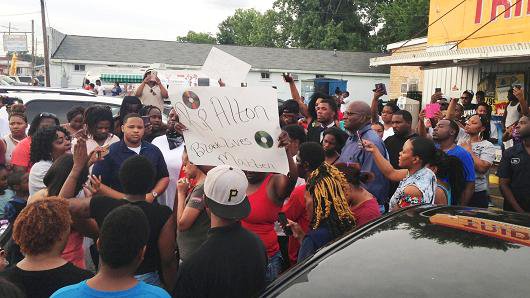 The US is reeling from a series of nationally mourned murders. First, two black men were killed by police officers in separate events. Then, five police officers were killed and six more wounded by a lone sniper while monitoring a peaceful protest in Dallas.

The past week’s bloodshed has further polarized the country and the resulting pandemonium has put it in an odd position.

Now, countries around the world are telling their citizens to be careful when traveling to the US and to avoid busy places so they do not experience severe violence. This is by no means the first burst of violence to wrack the country with grief and raise flags abroad, but this time it has generated an intense amount of scrutiny.

In response, the Bahamas released a statement on July 8 that read, in part: “We wish to advise all Bahamians traveling to the US but especially to the affected cities to exercise appropriate caution generally. In particular young males are asked to exercise extreme caution in affected cities in their interactions with the police. Do not be confrontational and cooperate.”

The United Arab Emirates had this to say:

For the US, which tends to think of itself as a bastion of liberty, this international spotlight is a reminder of an unsettling reality.

Relative to the rest of the world, the US is a dangerous place.

There are more guns in the US than in any other country on Earth and, because of this abundance, people in the US are far more likely to be killed by another person than in other developed countries

Gun-related murder is 25 times higher in the US than in the average of 22 other high-income nations, according to a study by The American Journal of Medicine. US citizens are also six times more likely to die from violence and seven times more likely to be accidentally killed by a gun.

This information was already well-known throughout the world and many countries already had travel warnings in place.

But the recent wave of violence, especially the slaughter of police officers, has made the country seem destabilized in new ways.

There are people blaming President Obama for the violence; there is ever-more outrage about the easy availability of firearms; there is counter-outrage to the calls to restrict gun access; people are saying the murder of the police should cancel out the Black Lives Matter protests; and there are protesters who strongly disagree.

The overlapping debates have pitted Americans against each other and, despite calls for unity, there seems to be a growing unease about the divide.

And this unease is spreading around the world.

It’s not just the fear of violence that’s troubling other countries. Racial and ethnic divides have been painfully aggravated in the past few months and years.

The ongoing violence by police against young black men; the discrimination against Latin American immigrants; the general climate of hostility toward Muslims and the broad inequalities that persist have all made international travelers wary.

As the 2016 presidential election approaches, the divisions in the country could be further tested as the leading candidates look for ways to attract voters by highlighting key policy and value differences.

Still, the US is a place of great diversity and has pockets of tremendous tolerance and compassion. So the next several months could also be a time of healing and understanding.