This is the latest case of inhumane treatment toward asylum seekers by the Australian government.

Why Global Citizens Should Care
Australia has long been criticised for its unfairly cruel treatment toward those seeking asylum and fleeing persecution. Global Citizen attempts to address the injustices faced by refugees and asylum seekers. You can take action here.

The United Nations has criticised Australia’s decision to deport a refugee back to Sri Lanka after he was forcibly removed from his family and subsequently detained in his home nation.

Despite being a recognised refugee, Thileepan Gnaneswaran had his protection claim rejected by Australian authorities and was later issued with a removal notice by the Department of Home Affairs on Friday. He has been forced to leave behind his wife and their eleven month old daughter, who have both obtained the temporary protection Safe Haven Enterprise Visa.

Upon his forced return to Sri Lanka, Gnaneswaran was arrested and questioned before being released from police custody on Wednesday. It is unclear what charges he faced.

#Australia: Deported refugee Thileepan Gnaneswaran arrested in Sri Lanka. @PeterDutton_MP must be held accountable for this cruelty, and for breach of international law. https://t.co/W20REyeXeH

The UN had pleaded with Australia not to deport Gnaneswaran, advising the government to uphold international law and allow the family to stay together. The UN stated Gnaneswaran’s removal from his family “contravenes the basic right of family unity, as well as the fundamental principle of the best interests of the child”.

“UNHCR sought assurances from the government of Australia that the man would not be removed from Australia and be allowed to remain with his family,” the United Nations High Commissioner for Refugees Andrej Mahecic stated. “Private legal representatives had also lodged multiple requests for intervention with the minister for home affairs. We regret that those collective representations were unsuccessful.”

Related Stories June 19, 2017 The Australian Man Who Built a Home for Refugees and Asylum Seekers

Gnaneswaran faces being indefinitely separated from his wife and child. Australian legislation prevents Gnaneswaran’s wife Karthika from ever sponsoring her husband to join her in Australia. Due to her “well-founded fear of persecution", she is unable to return to Sri Lanka to join him.

Karthika told reporters during a protest outside Sydney’s Villawood detention centre, where her husband had been held for days prior to his deportation, that she didn't want to face a future without her husband.

“My husband is not with us and I have no idea when we will see him again. We are all so depressed; my daughter is very upset, she misses her father. My daughter needs her father in her life,” she stated. "I'm really worried about what could happen to him at the hands of the Criminal Investigation Department of the Sri Lanka Police and the army.” 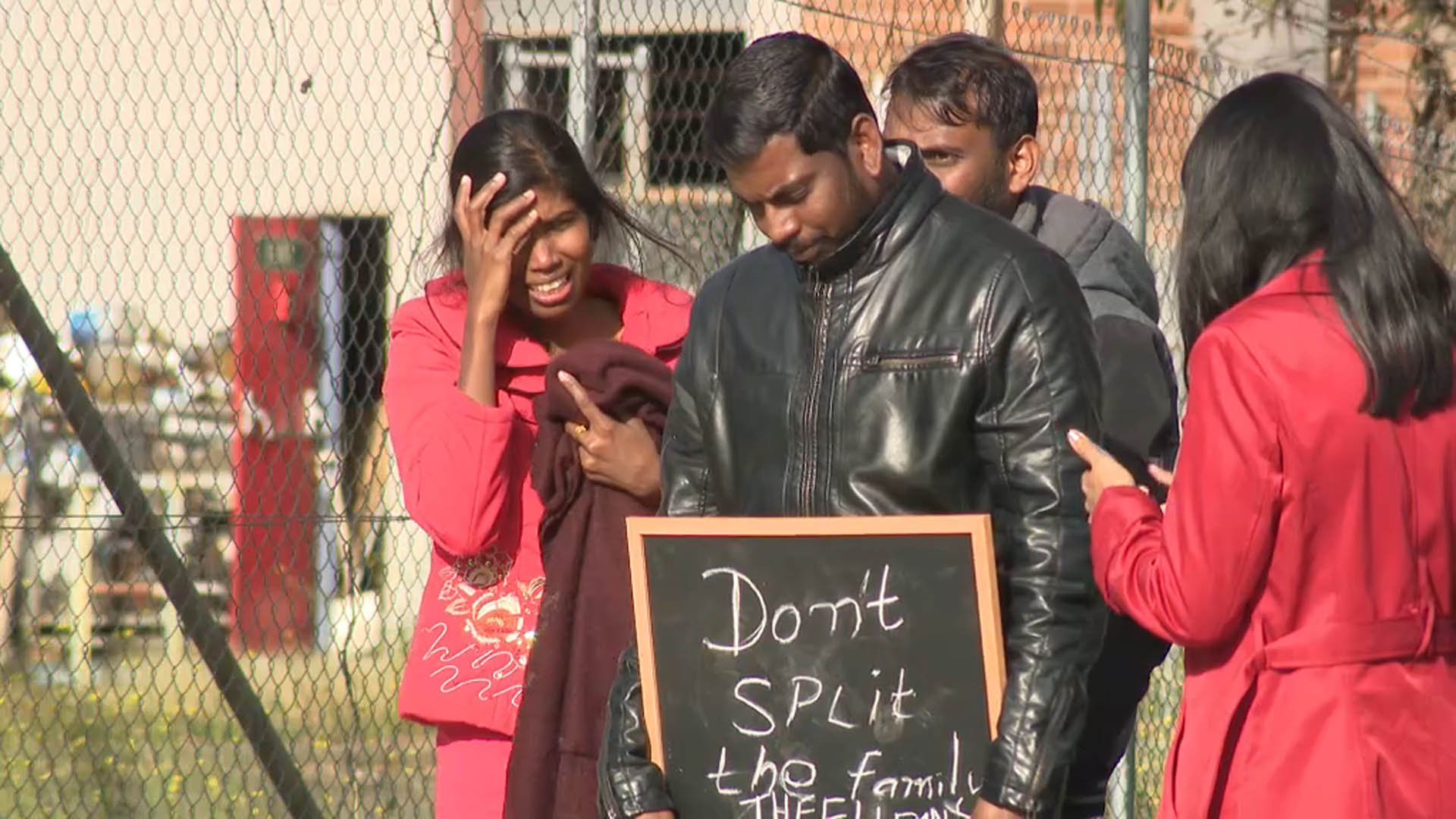 Gnaneswaran is a member of Sri Lanka’s minority Tamil community. The Tamil Refugee Council claims Gnaneswaran was tormented by Sri Lankan security forces before his arrival in Australia because of his families supposed link to the now-obsolete rebel group Liberation Tigers of Tamil Eelam.

He arrived in Australia by boat in 2012, in violation of the Australia’s immigration laws.

The Department of Home Affairs announced Gnaneswaran’s case had been thoroughly assessed by all departments, including the Refugee Review Tribunal, the Federal Circuit Court, the Full Federal Court, and the High Court.

Since 2013, those who reach Australia seeking asylum have been shipped off to remote offshore detention camps on Manus Island and Nauru to be processed. Australia’s asylum seeker policy of offshore processing and deterrence has long received international criticism for being unfairly harsh and inhumane.