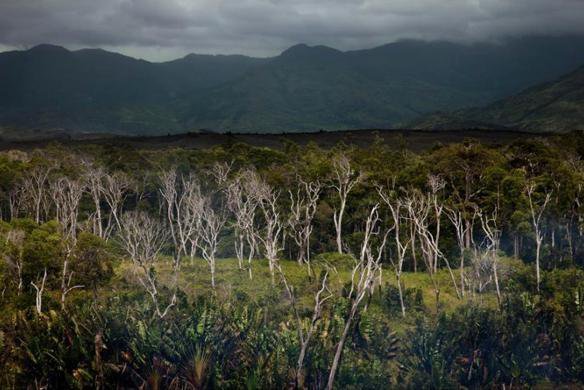 Patrick* had travelled 400 kilometres across Madagascar to reach the municipal land department. The bus journey had cost him half a month’s salary and he had spent hours in the waiting room, but finally he was at the front of the queue. Handing over all the necessary papers, he made a simple request: he would like to register a plot of land. As they approached retirement, he and his wife wanted to build their own house. Before starting, they wanted to secure their ownership of the site.

To his surprise, the request was abruptly refused. Despite having submitted the official fees, Patrick was told that he would have to pay a bribe if he wanted to see his application progress.  Like 70% of people in Madagascar, Patrick lived on less than one US dollar a day. With no way of knowing if the money would really make a difference to his application, he refused to hand over the payment.

When Patrick died five years later, his application was still waiting. He had tried for years to complete the registration, but was met at each turn with more demands for payment. After his death, his children took over.  Again and again they returned to the office, hoping each visit would be their last. It never was. As soon as it became clear they would not pay, the officials would tell them to make another appointment. Sometimes they would claim that the person in charge was out of the office, other times that documents were missing or incomplete.

By the time their mother heard about Transparency International’s anti-corruption legal advice centre on the local radio, she had already given up on the application. The family contacted the centre to report the treatment they had received. Working on their behalf, the team re-opened the case. They sent a letter to the land department requesting information on the status of the application. Within days, the process was sped up. After 11 years of waiting, the family received their final land title in just two weeks.

Of course, this is just one of a flood of land registration applications. Yet this single case seems to have sparked off a change in the culture of the department. Today, pending applications are displayed publicly on a notice board in the office, making it far harder for officials to hide their actions from the public.

*Names have been changed