On Monday, US President Barack Obama released the Clean Power Plan, which outlines the first-ever federal limits on how power plants operating within the United States.

But what does the plan actually say? And what are people saying about it? Here is a breakdown of everything you need to know to be a Clean Power Plan expert.

1. The plan raises the bar on carbon emission standards

Regulations prior to the Clean Power Plan called for the US to cut annual carbon emissions 30% below the amount of carbon dioxide released in 2005 by the year 2030. The biggest change in the new plan is that this target has been raised to 32%.

In order to achieve this goal, the United States will have to close hundreds of coal-fired power plants, stop the construction of new facilities, and rely more heavily on renewable sources of energy such as solar and wind power.

2. States are running the show 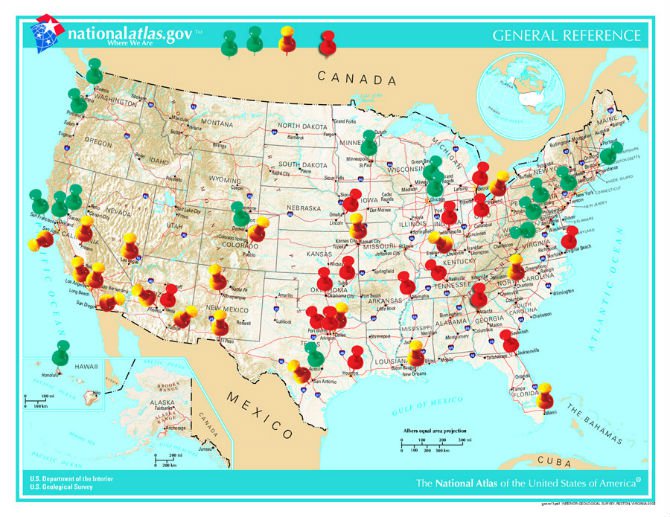 The federal government will assign each state an individualized carbon emission target so that the whole country is on track to meet the 32% reduction goal. However, each state will have the freedom to create a unique plan for lowering their own carbon emission rates.

Some states will emphasize natural gas use, others will focus on renewable energy, and a few may devise something totally unexpected. No “one size fits all” policy here – each state government can formulate a plan that suits their own needs.

3. But… that doesn’t mean every state is happy

Some states, such as Wyoming and West Virginia, have economies that depend on coal mining. It makes sense that they wouldn’t be huge fans of a plan that will reduce the demand for coal within the US.

Experts estimate that 25 states will band together and file a lawsuit against the federal government in response to the Clean Power Plan. These states are concerned that limiting the operation of power plants will reduce jobs and make electricity more expensive, and that the plan may not be legal under the Clean Air Act.

4.  The power industry isn’t too pleased either

Industry officials are concerned about the costs and timelines associated with the Clean Power Plan. Under the new regulations 28% of the energy used to fuel power plants will need to come from renewable resources, which requires changing the infrastructure of power plants and energy grids.

Even though the newest version of the plan extends the amount of time companies have to make these changes, the power industry does not think that the Clean Power Plan is efficient or realistic. Different studies have reached varying conclusions regarding how much money these new regulations will save (or cost) power plants in the long-run.

5. Your lungs will thank you

Less pollution means cleaner air, which also means a reduction in illnesses like asthma and lung disease. The Environmental Protection Agency estimates that the Clean Power Plan will prevent up to 6,600 premature deaths in the US per year by 2030 by significantly improving air quality.

6. The Clean Power Plan could change the world

Acting alone, the US can’t reduce atmospheric carbon dioxide levels enough to prevent rising oceans and extreme weather. However, the Clean Power Plan was unveiled in time for an upcoming UN summit in Paris, where a global environmental plan will hopefully be agreed on.

After implementing such a large-scale carbon plan at home, the US will try to convince other large countries such as Brazil, China, India and South Africa to take part. The Clean Power Plan could demonstrate that the US is committed to the environment, and inspire other countries to join the cause.