For the first time ever since the refugee crisis of modern times began in the last decade, heads of state and leaders from 193 nations gathered today to hear about how men, women, and children are suffering and to propose ideas for how to fix it.

At the first-ever United Nations Summit for Refugees and Migrants these countries came together to adopt a declaration and framework aimed at a taking a more coordinated and humane response to the global refugee crisis.

At the @UN to start the week. First up, today’s #UN4RefugeesMigrants summit to reaffirm Canada’s leadership in helping those most in need.

The document seeks to standardize responses to the refugee crisis, and in a major step forward, put education and jobs closer to the forefront of urgent needs for the world’s 65.3 million refugees.

There are more refugees today than at any other time in history since World War II. Conflict and war still rage on in Syria, the Democratic Republic of Congo, South Sudan and many other parts of the world.

Refugees in Aleppo are victims of heinous acts against humanity, while countries struggle to agree with one another. That’s part of why this document and today’s summit are key steps forward for the United Nations.

The document also encourages resettlement and efforts to take against harmful stereotypes of refugees and xenophobia. These two aspects are vital to helping refugees find asylum in countries with the means to help.

“The six richest countries in the world only host 9% of refugees,” said Winnie Byanyima, Oxfam’s international executive director, who was forced to flee Uganda as a teenager.

Nadia Murad, a survivor of the ongoing Yazidi genocide and UN Goodwill Ambassador, also addressed the audience and set the tone for the summit of putting the humanity back into the meaning of being a refugee.

“The world only has one border. It is called humanity. I beg you to put humans first,” Murad said.

Murad’s words, along with the adoption of a framework, set out to do several things: make sure the  needs, education, and employment of refugees come first; inspire nations and people to open doors to refugees; and to bring humanity back to the refugee crisis provides great hope for the future of refugees.

There is no more perfect setting than the United Nations General Assembly for this message: world leaders are here, and listening to what refugees and migrants needs.

After the refugee summit, the Civil Society Organization held a more intimate session to listen to refugees from Syria, South Sudan, El Salvador, Uganda, and too many other countries.

Ban Ki-Moon shared his own personal experience living in a war-torn country.

“Whenever I travel to refugees camps, I tell them that I was you, and at that time the UN was with me. I promise them the UN is with you,” he said, speaking to a room full of people whose stories and journeys are both courageous and heartbreaking.

On either side of the Secretary General sat two incredibly strong young women. Refugee Olympic Team swimmer, Yusra Mardini, and Muzoon Almellehan a powerful young advocate for girls education in the refugee crisis. 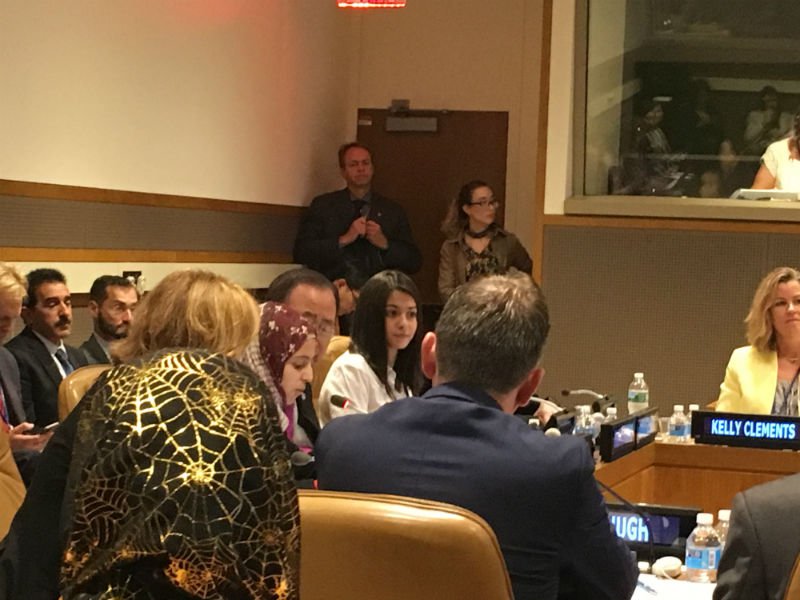 Of her experience, Muzoon said, “I noticed many girls were not in school. They were leaving school to marry. They didn’t know what marriage means. Marriage is good but we must all get an education.”

As they shared their stories, the conversation focused on the need for education, and the issue of children being detained without any idea how long it will take to find a new home.

Lana, an 11-year-old girl called into the event from Jordan, physically she was thousands of miles away but through the video call her smile and demand for education rang clear before world leaders. She has been fighting for the education she’s been deprived of for years. She dreams of being English teacher, and thanks to the Malala Fund her education will be fully sponsored. 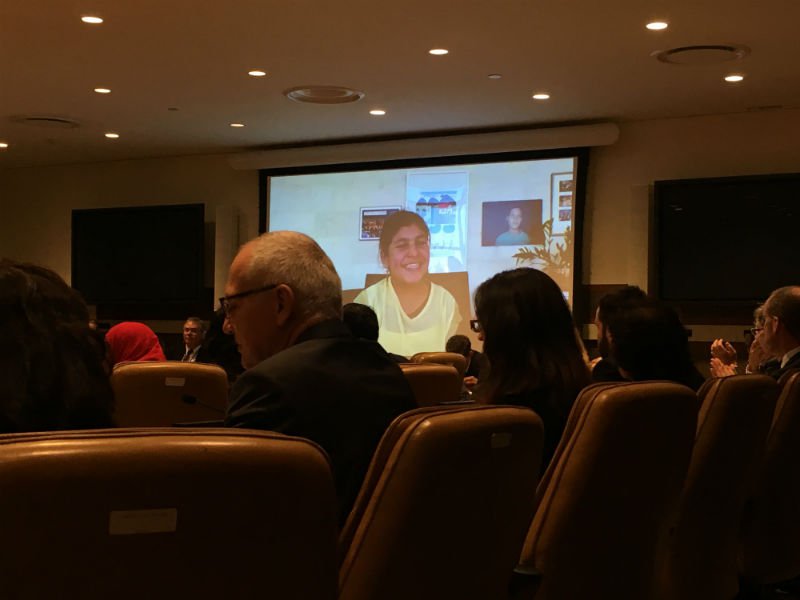 “Above all I loved my school, and above all I would love to go back,” said Lana.

Through the roundtable of collective voices of refugees, there was one ask echoed louder than the rest. It was the same thing Nadia has been asking the world to do for year.

Their biggest ask was to people the humanity back into the way the world, and world leaders see and listen to refugees.

“Let me stop explaining who I am and who we are. I am a normal Arabic girl,” said Sarah Mardini, sister of Yusra the Refugee Olympic Team swimmer. “My heart is heavy for all the stories of refugees. I wish some of the refugees I met could all be here today. Their stories could bring tears to your eyes. But we’re not here for that.”

Sarah, Yusra, Nadia, and Muzoon and many more refugees have already shared their stories. It’s time world leaders and the rest of the world takes action in a way inclusive of refugees. 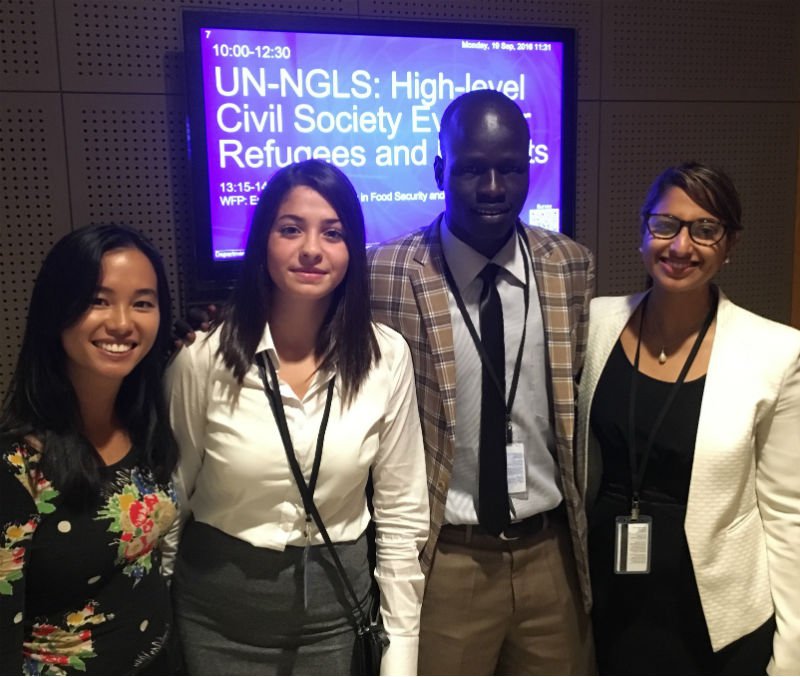 Yusra Mardini, and Yiech Pur Biel continue advocating for refugees after the Rio.

One woman who said it best is Hadia Zarzou, who fled Syria: “I ask that we believe in the leadership of the refugees, so they can thrive and add to the diverse social fabric.”